A siege is underway at a Melbourne pub after two armed men stormed the venue this morning.

Heavily armed police, including the Special Operations Group, are searching the Westmeadows Tavern on Ardlie Street in Westmeadows, in the city's north.

It is believed the two men attempted to rob the venue this morning and remain holed up inside. No one else is believed to be inside with them. 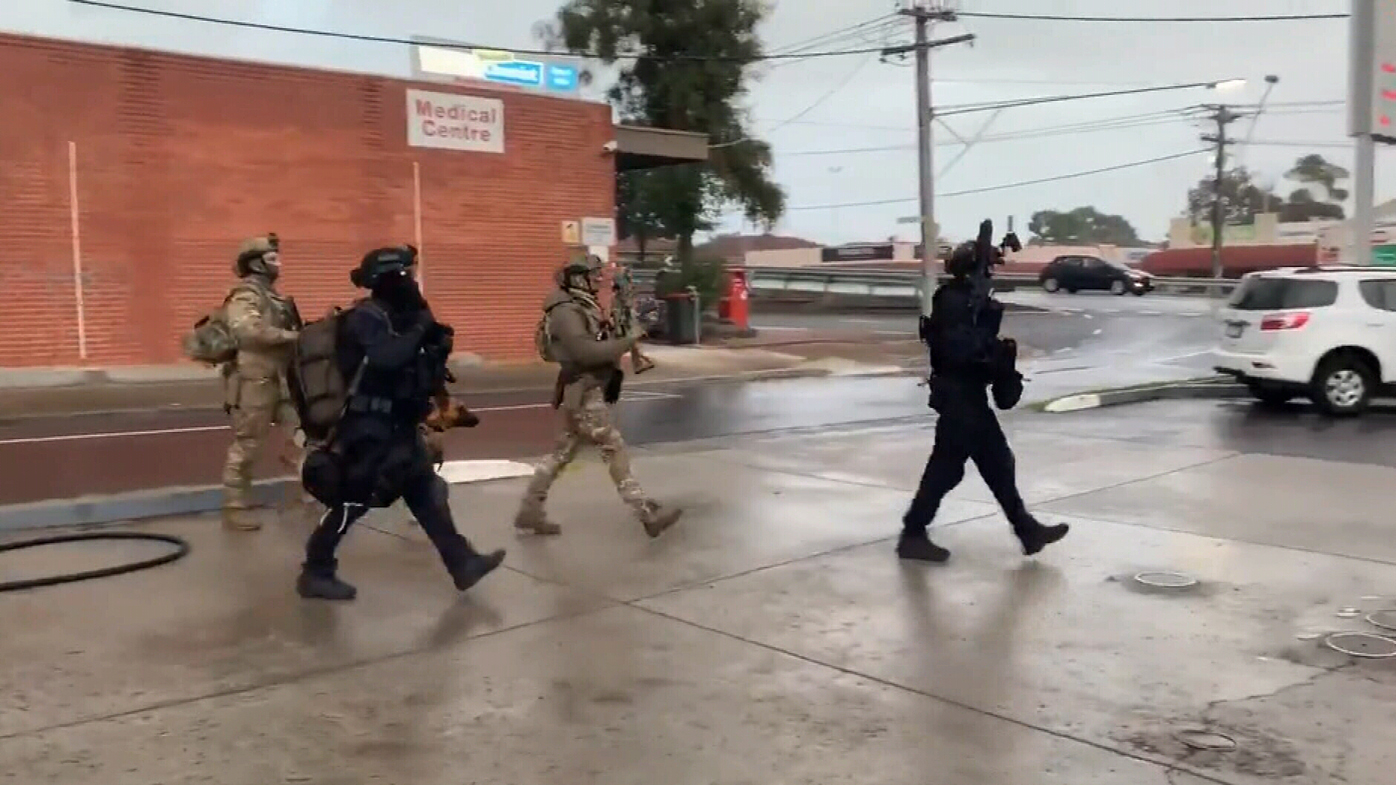 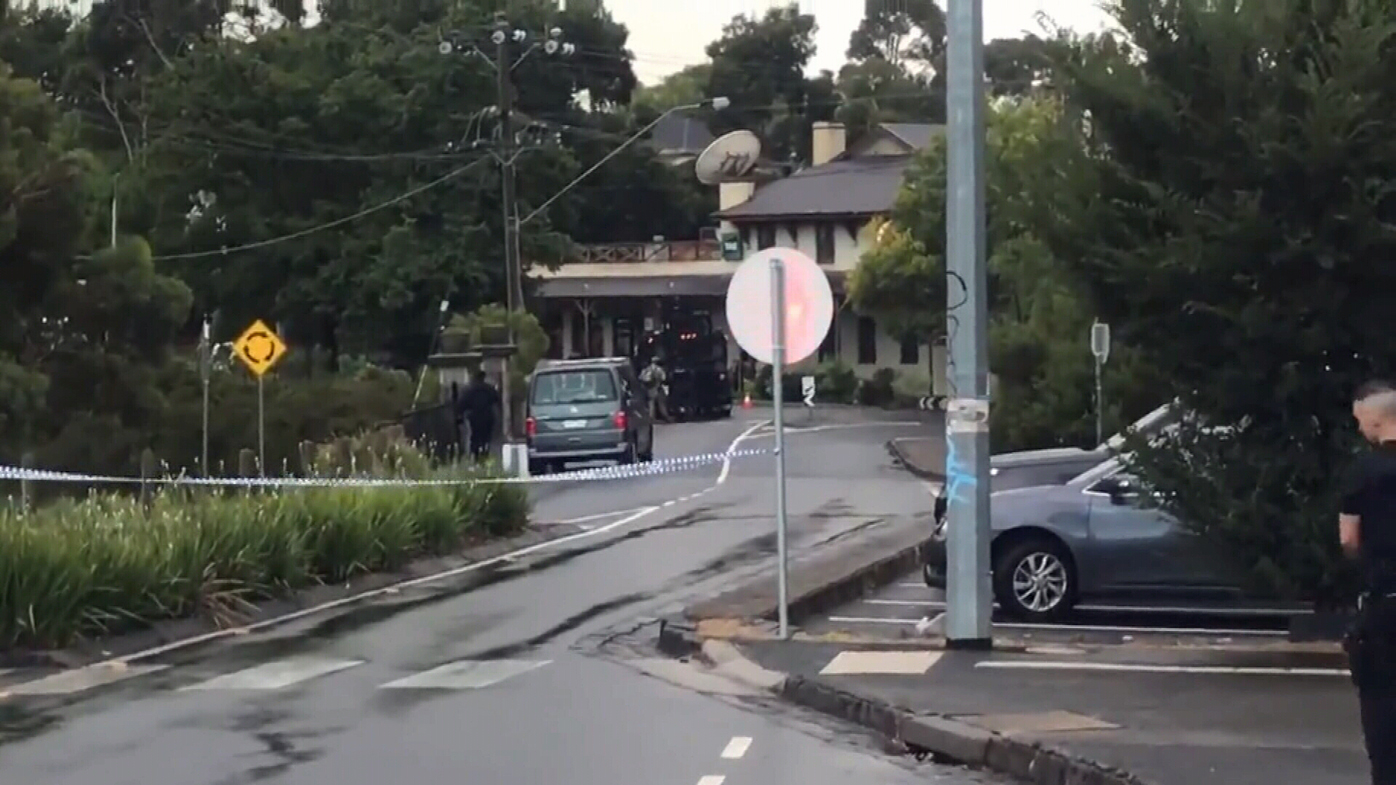 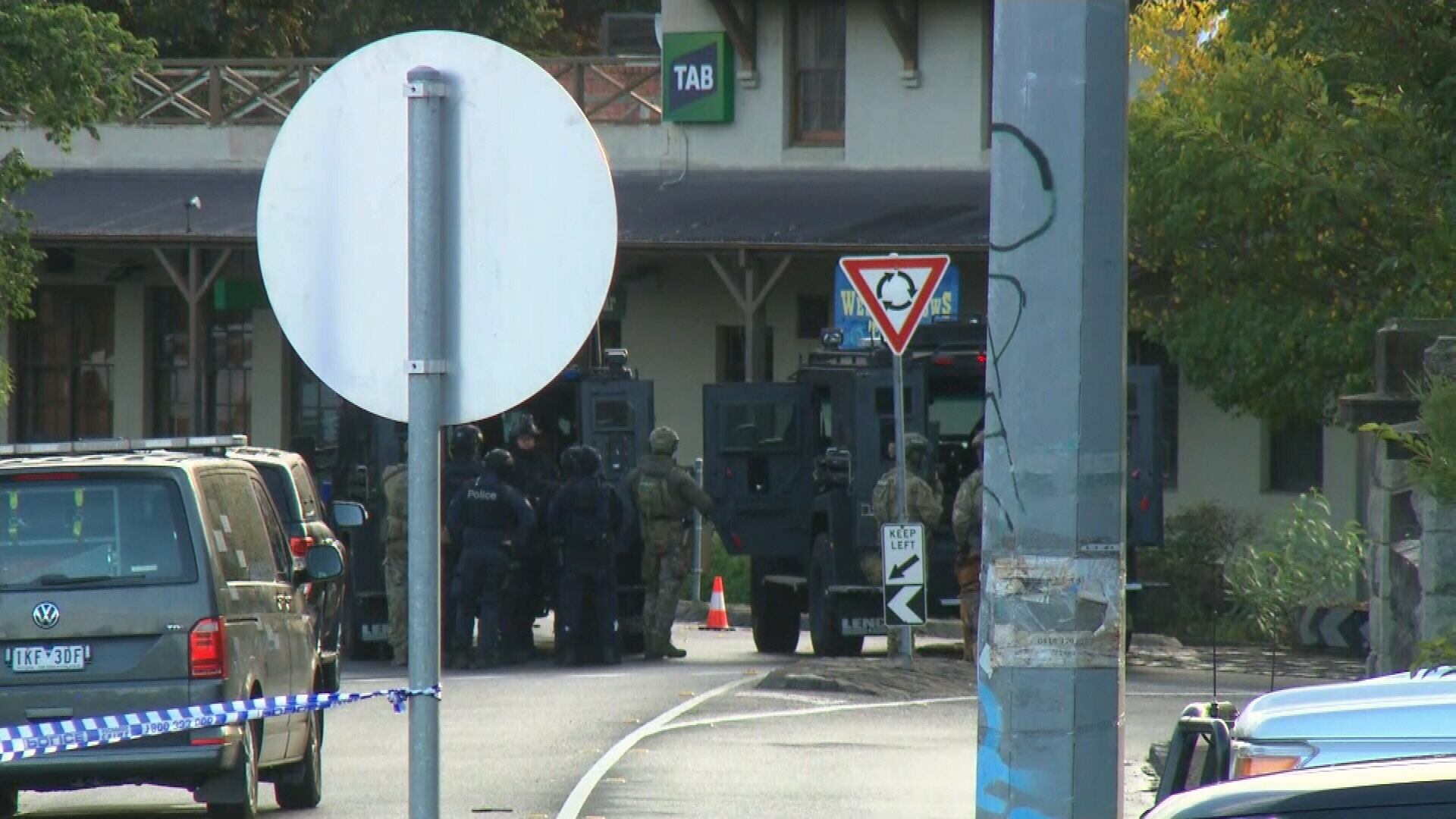 A woman ran from the venue as police arrived. She was not physically harmed.

"Police were called to Westmeadows following reports of a burglary in progress about 5am," Victoria Police said in a statement.

"Investigators have been told that two offenders entered the Ardlie Street premises, possibly armed with firearms.

"The area has been cordoned off, there is no one else in the building and we ask that members of the public avoid the area." 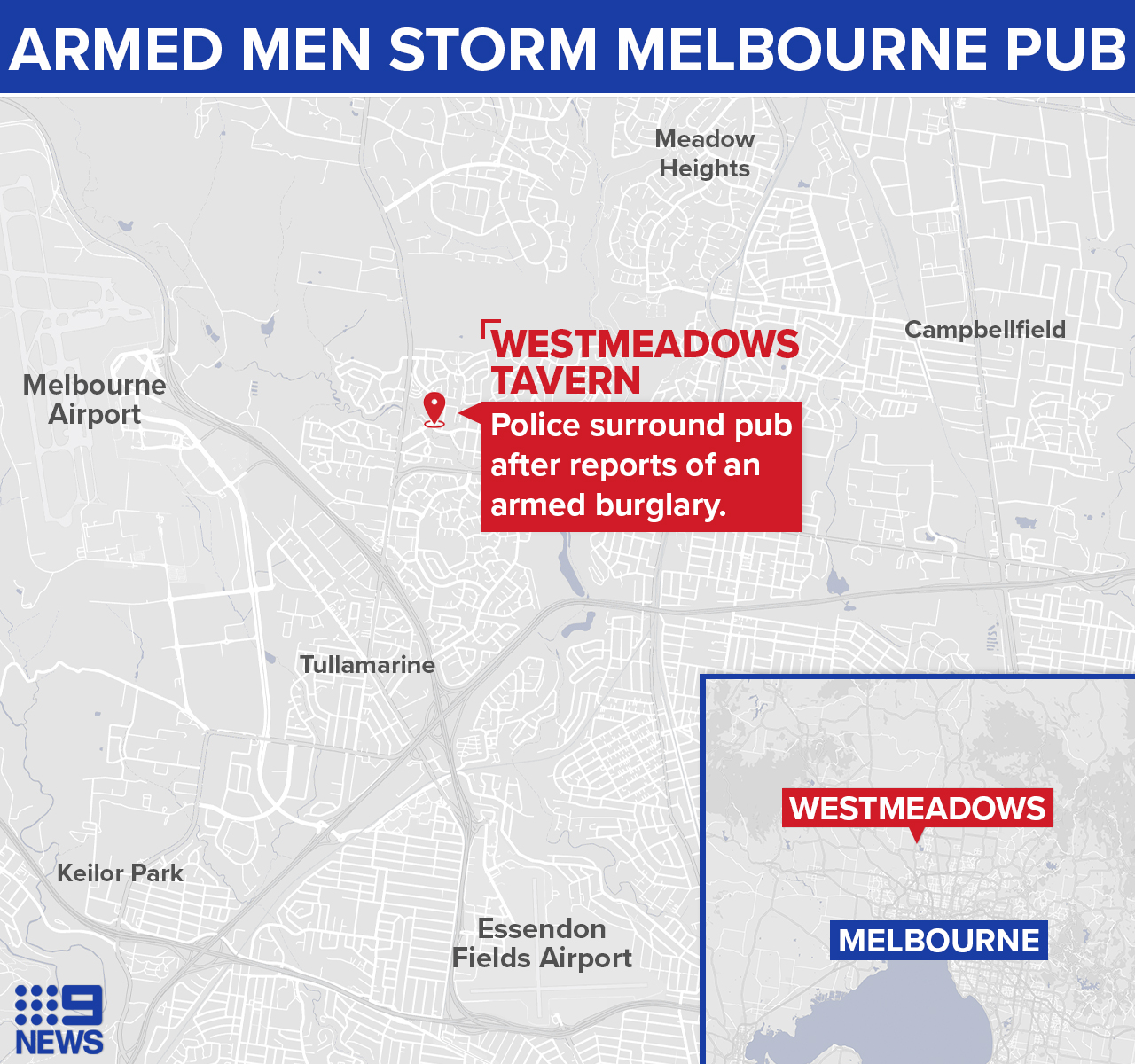 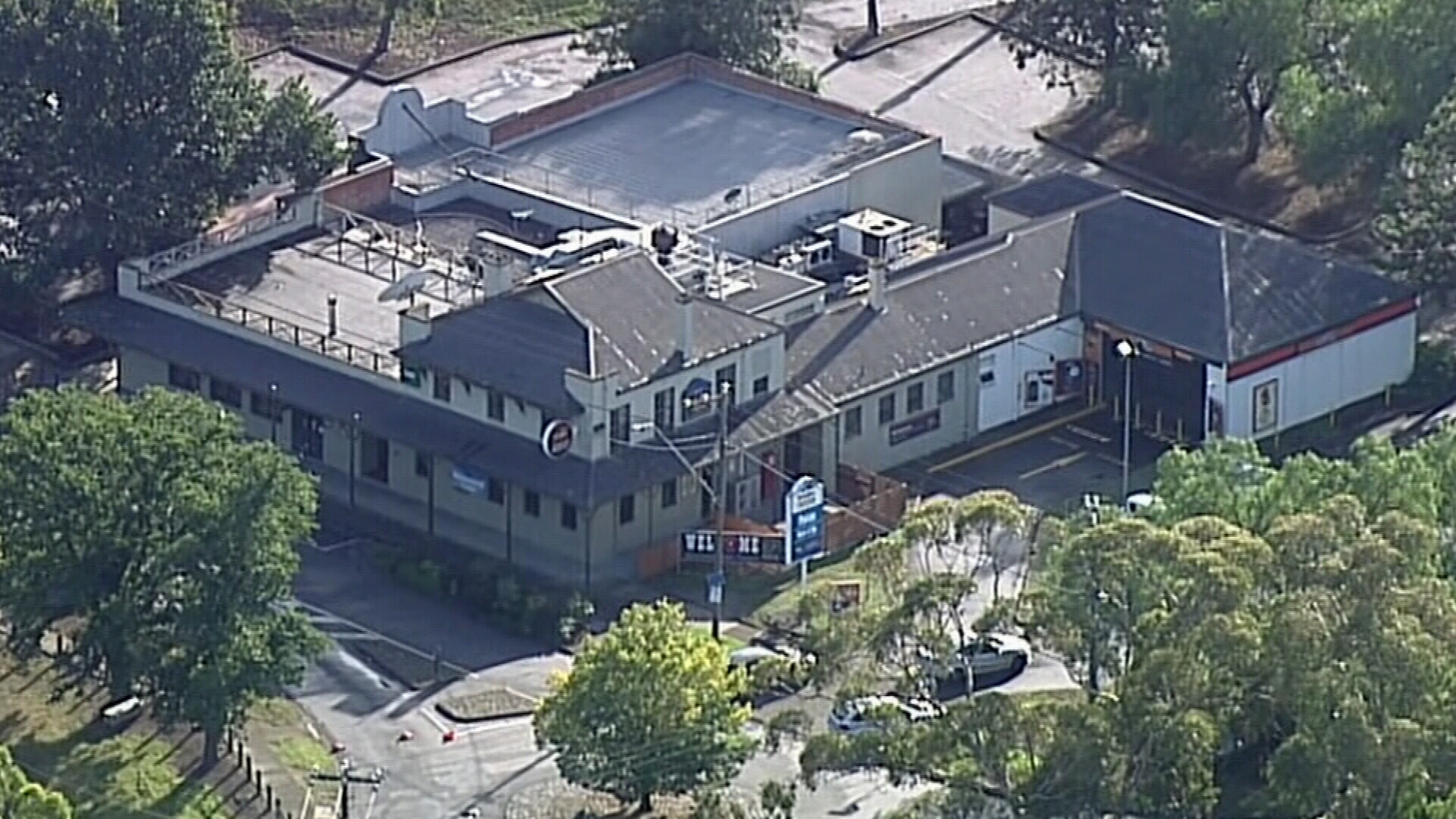 The incident is not believed to be linked to another armed robbery in the nearby suburb of Hadfield overnight.