Floodwaters forced about 1000 residents inside a Melbourne apartment complex to evacuate last night.

Police believe floodwaters that forced about 1000 residents inside a Melbourne apartment complex to evacuate last night occurred under suspicious circumstances.

Detectives are investigating after the residential building on Spencer Street in the CBD flooded about 6.30pm yesterday.

Firefighters attended the complex after a triple-zero caller raised the alarm that the 62-storey building had filled with water. 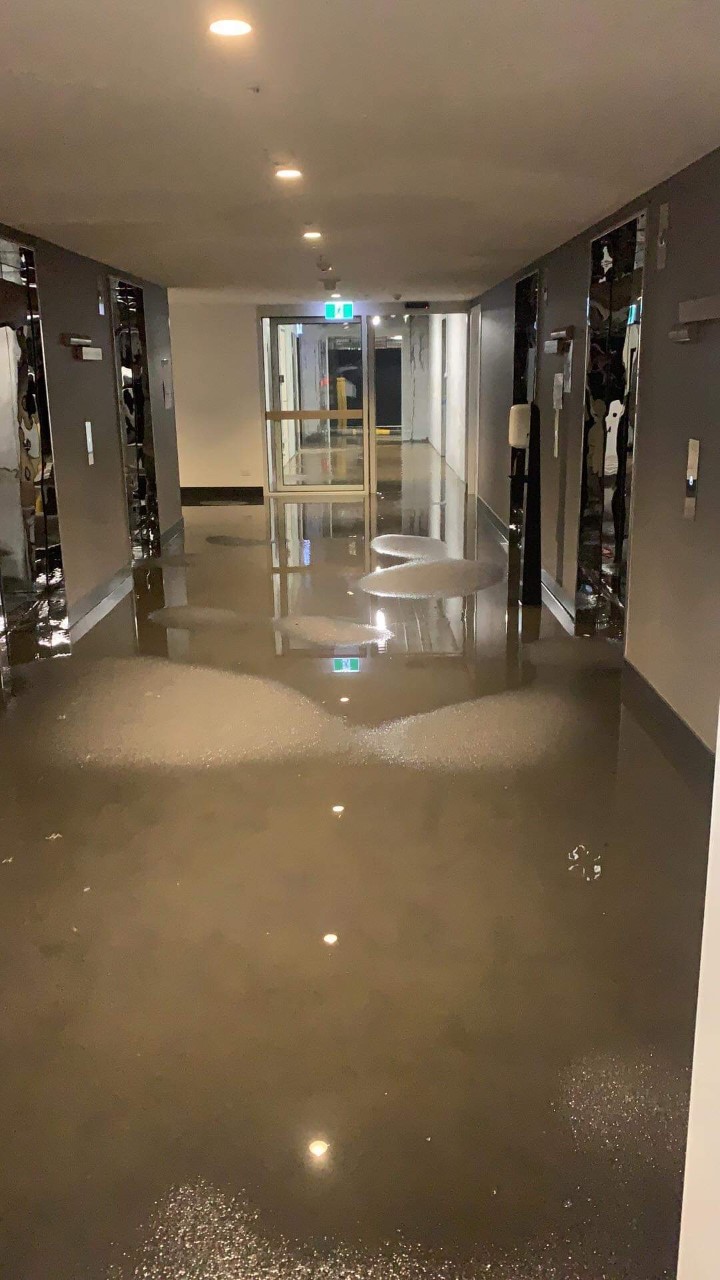 Images obtained by 9News showed murky floodwaters filling the shared spaces inside the complex, including near elevators, with water even seeping through to some apartments.

Fire Rescue Victoria in a statement said the flooding occurred due to fire hydrants within the apartment stairwells being "maliciously" switched on.

"Approximately 1000 residences were evacuated as FRV crews worked with the building maintenance staff to remove water flooding the internal stairwells due to hydrants within the stairwells from the 49th floor down to the 16th floor being maliciously turned on," the statement read. 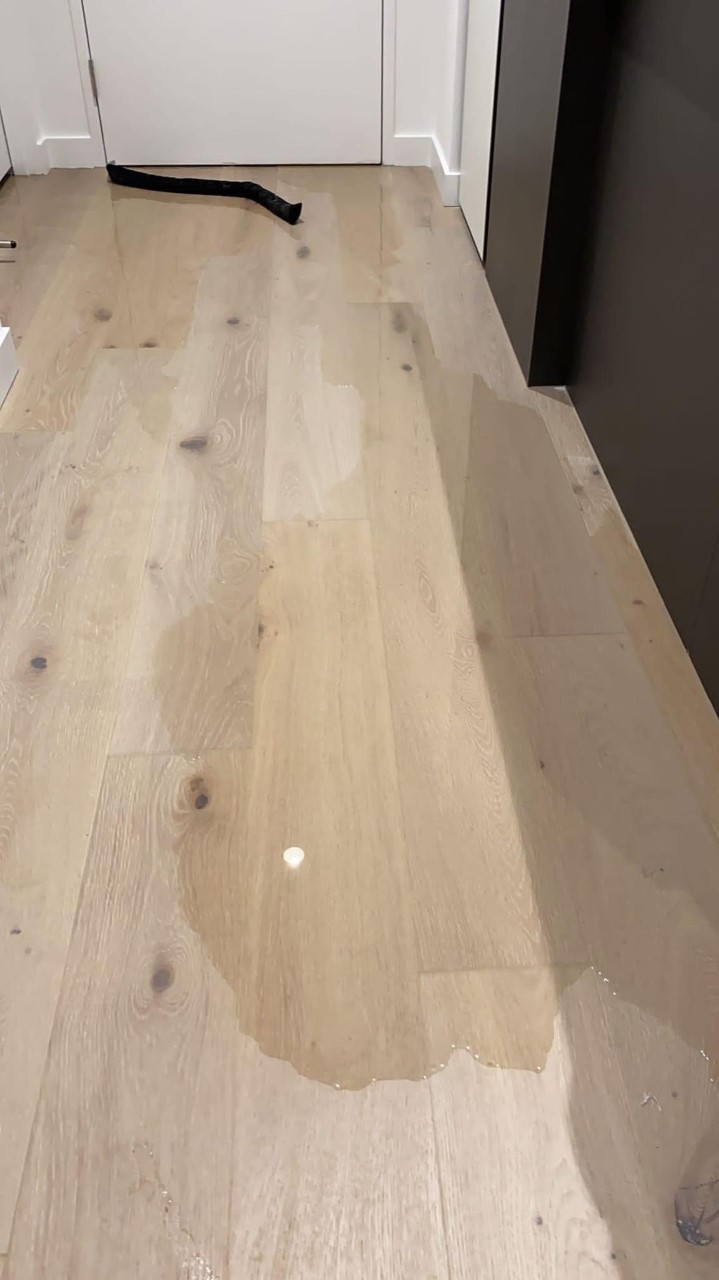 "All residences evacuated safely and are being allowed back into the building as each floor is given the all-clear over the next few hours."

Detectives said they were informed that the alarm was activated after "fire hydrants in the building had been tampered with".