The situation in the US is deteriorating, with the party city of Las Vegas boarding up casinos as it goes into a 30-day lockdown with the rest of Nevada and joins other iconic American cities in shutting down.

The situation in the US is deteriorating, with the party city of Las Vegas boarding up casinos as it goes into a 30-day lockdown with the rest of Nevada and joins other iconic American cities in shutting down.

While some firms including MGM Resorts had already closed iconic casinos this week, the unprecedented move was announced a few hours ago by city governor, Steve Sisolak.

He has told non-essential businesses to close for 30 days.

"I know this directive will cause distress for many of us," he said.

"But I ask you – what are you willing to do to save your own life and the lives of those you love? We absolutely must take this step for every Nevadan's health and safety."

Images on Twitter showed some casino doors on the usually packed Vegas strip being boarded up.

Meanwhile, New York City's mayor, Bill de Blasio, who put the city into a lockdown last night including closing schools and bars and only allowing restaurants to do take-away, has called medical staff to come forward amid fears the city's hospitals may not cope.

He said in Twitter: "We need every available medical professional to serve," including "9000 medical reservists".

He said he's in contact with the military and has warned of more stringent measures within days.

There have been 814 positive cases and seven deaths in the city of 8 million, which is keeping locals informed with text messages.

The city could soon join San Francisco with a "shelter in place" warning not to go out unless for vital reasons.

In the US, the death toll has surpassed 100, and officials urged older Americans and those with chronic health conditions to stay home.

They also recommended all group gatherings be capped at 10 people.

West Virginia became the last state to report a case of the disease, confirming that it has spread to every US state.

US President Donald Trump was considering a plan to immediately return to Mexico all people who cross the southern border illegally, according to two administration officials who spoke to The Associated Press on the condition of anonymity because the plan hasn't been finalised.

But it is everyday people who are suffering most in the US.

Miguel Aguirre, his wife and two children were the only people on a normally bustling street near San Francisco's City Hall, a day after six San Francisco Bay Area counties issued the "shelter-in-place" order requiring most residents to leave their homes only for food, medicine or exercise for three weeks — the most sweeping lockdown in the US. 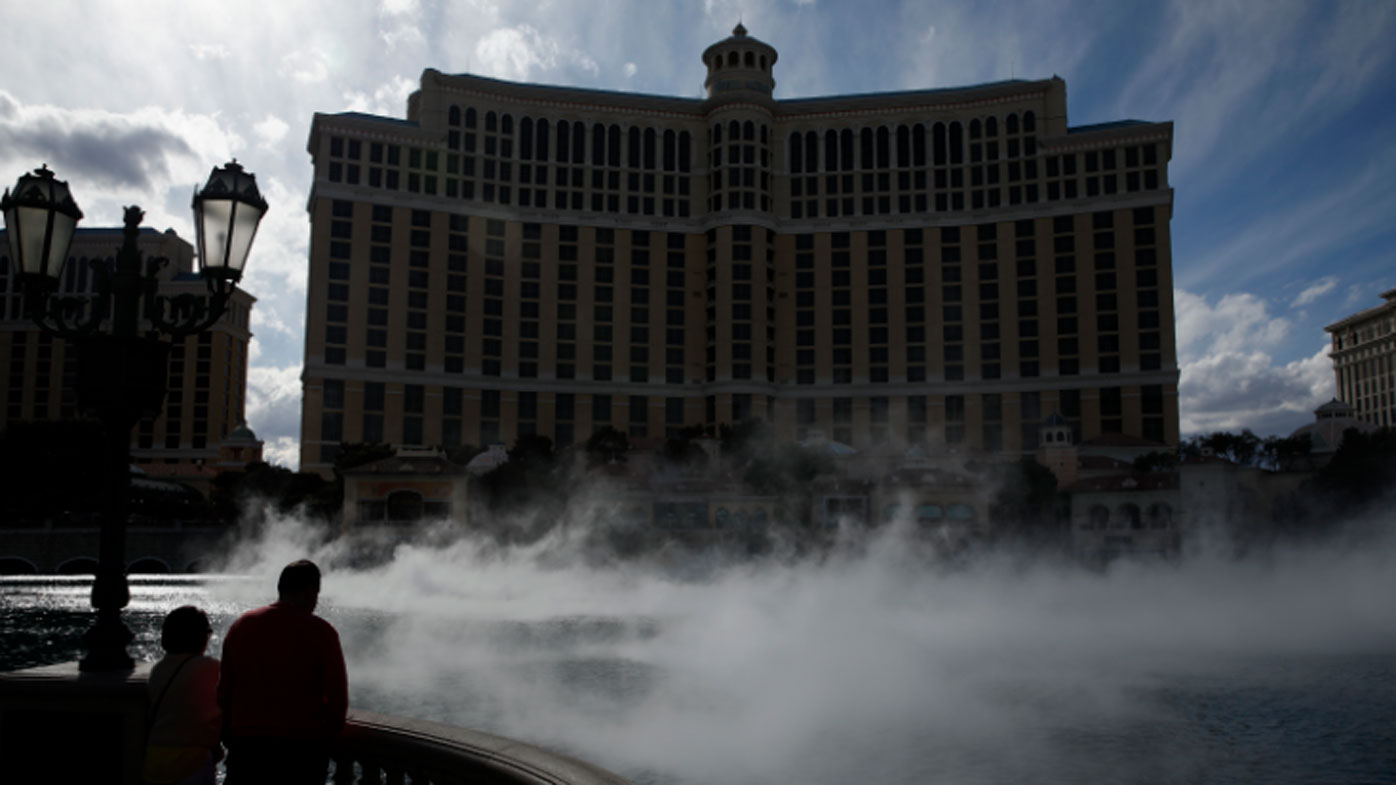 On Tuesday morning, only two coffee shops on the street were open. Both were empty.

Aguirre said he and his wife, janitors at a Boys and Girls Club, heard about the order on TV, but showed up to work anyway because they need the money.

"If we don't work, we don't eat," said Aguirre, who brought his two daughters along because schools were shuttered.

He had already lost his second job, at a hotel, when tourism conferences began canceling a month ago.

The virus has roiled US primary elections Tuesday in four states.

Ohio called off the vote hours before polls were to open but voting went on in Illinois, Arizona and Florida.

POLICE ON STREETS OF EUROPE

Increasingly worried about the economic fallout of the global shutdown, the US, Britain and the Netherlands announced rescue packages totalling hundreds of billions of dollars, while longtime International Monetary Fund critic Venezuela asked the institution for a $5 billion loan. 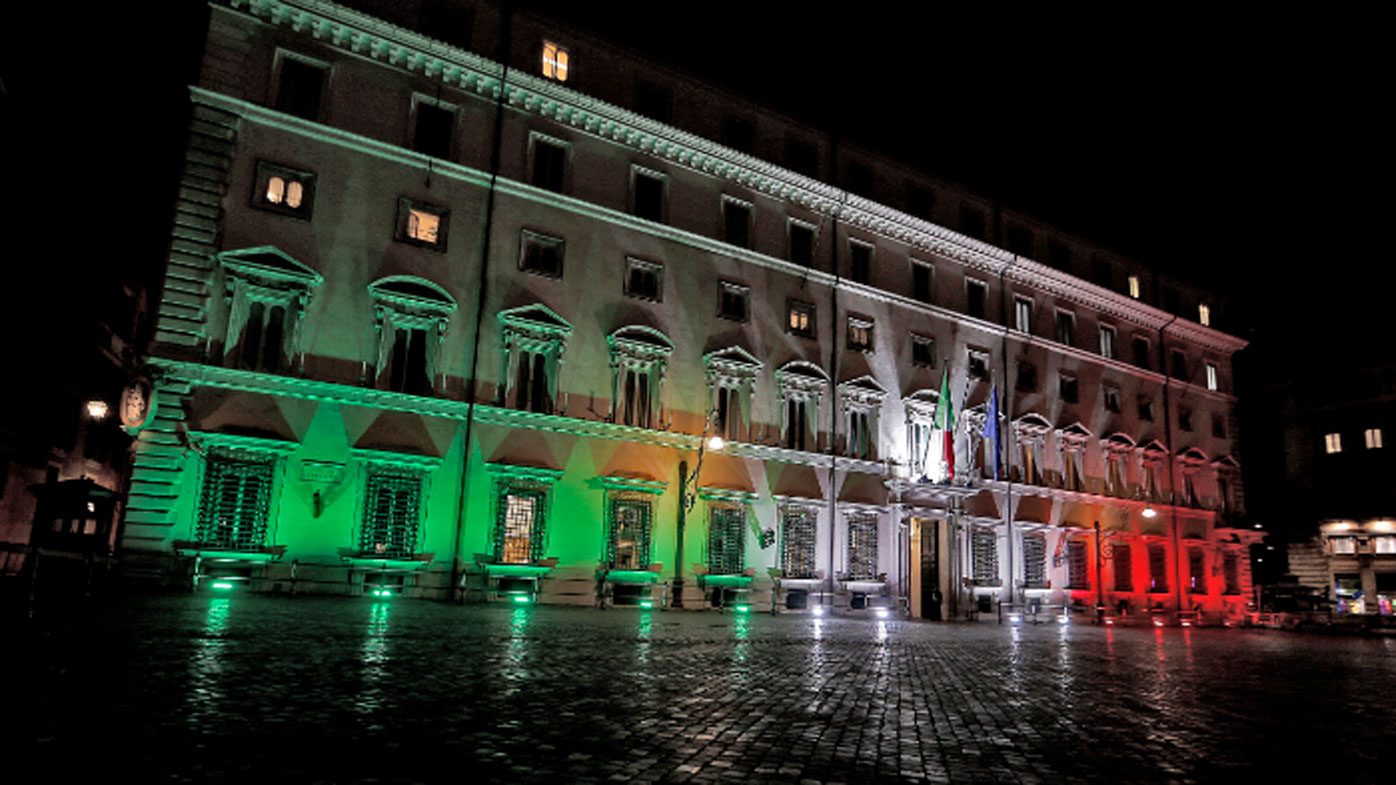 In Brussels, Ursula von der Leyen, the European Commission president, said there had been "a unanimous and united approach," to the decision to prohibit most foreigners from entering the EU for 30 days.

German Chancellor Angela Merkel said European leaders agreed in a conference call to the Commission's proposal for an entry ban to the bloc — along with Norway, Switzerland, Iceland and Britain — with "very, very limited exceptions."

Germany will implement the decision immediately.

On Monday, the EU issued guidelines to ease the flow of critical goods like food and medicine, while helping individual nations restrict non-essential travel.

"We are all desperate, cold and sleepless here for a third day," said Janina Stukiene, who was stuck in Lithuania on the border with Poland with her husband and son. "We just want to go home." 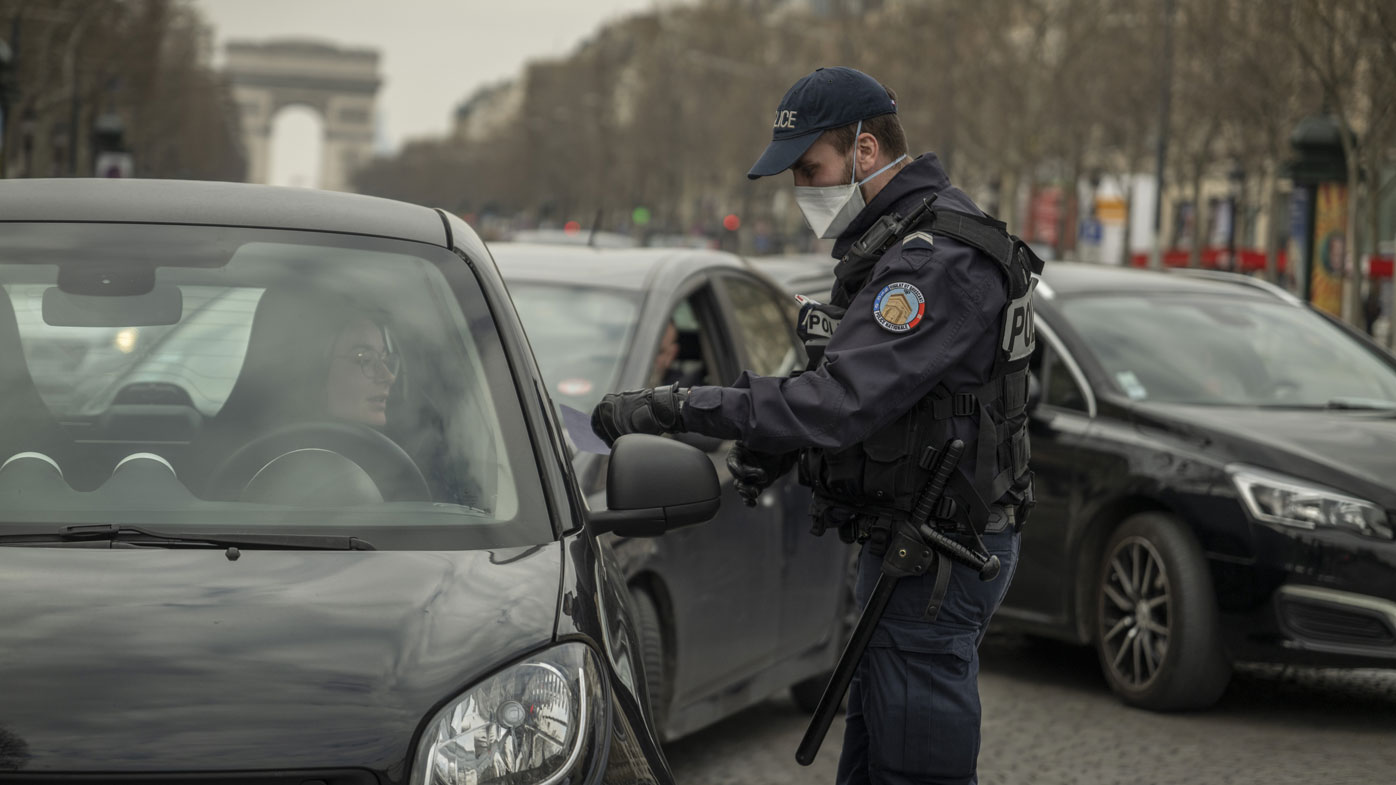 The line of cars and trucks in Lithuania was about 60 km long after Poland closed its border. 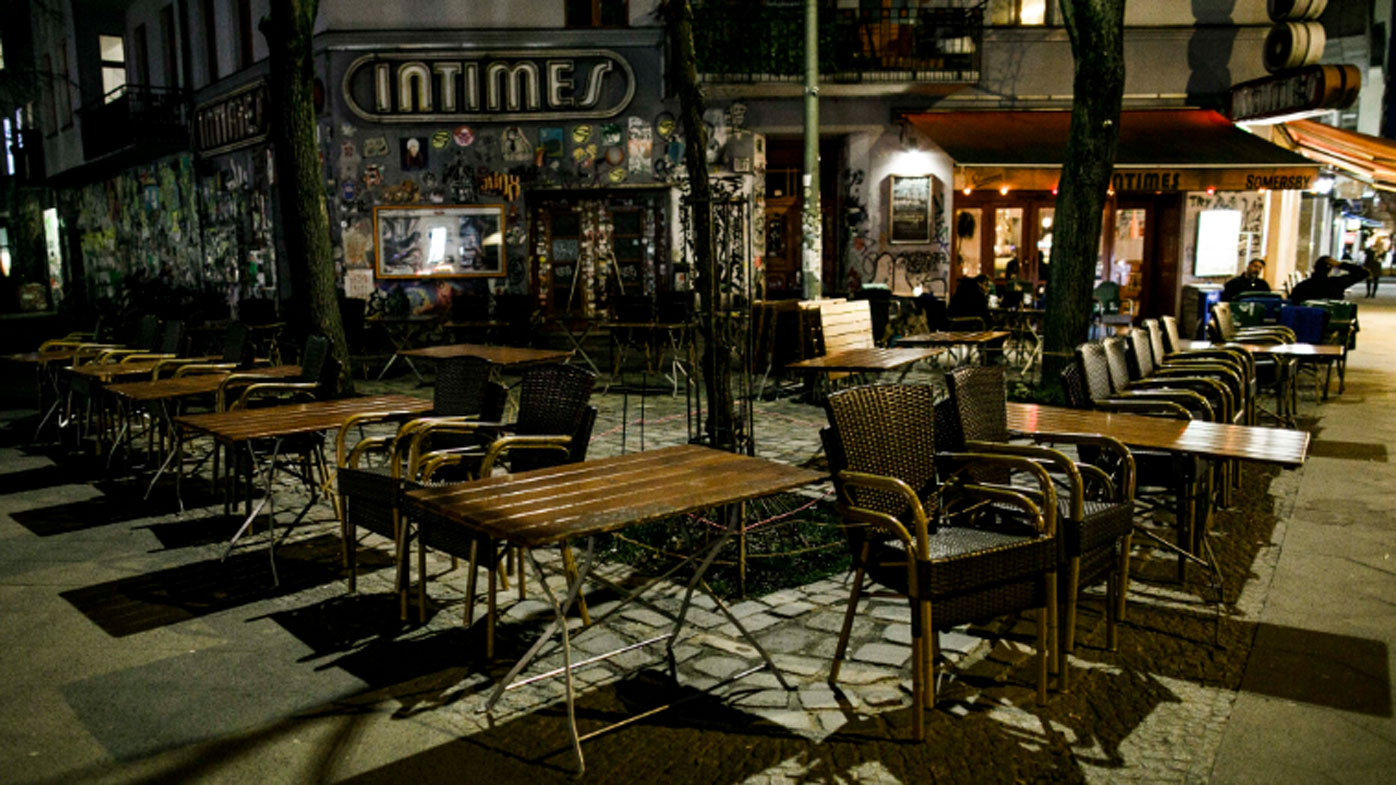 Visitors fled to airports to try and leave, with police on the streets.

He said people had not complied with earlier guidelines and "we are at war."

In Italy, reported infections jumped to 27,980.

With 2,503 deaths, Italy now accounts for a third of the global death toll.

Spain, now the fourth-most infected country, saw the number of people with the virus rise by more than 2,000 in one day to 11,178.

The nation also saw virus-related deaths jump by almost 200 to 491 and learned that 17 elderly residents of a nursing home in Madrid died over a five-day period. 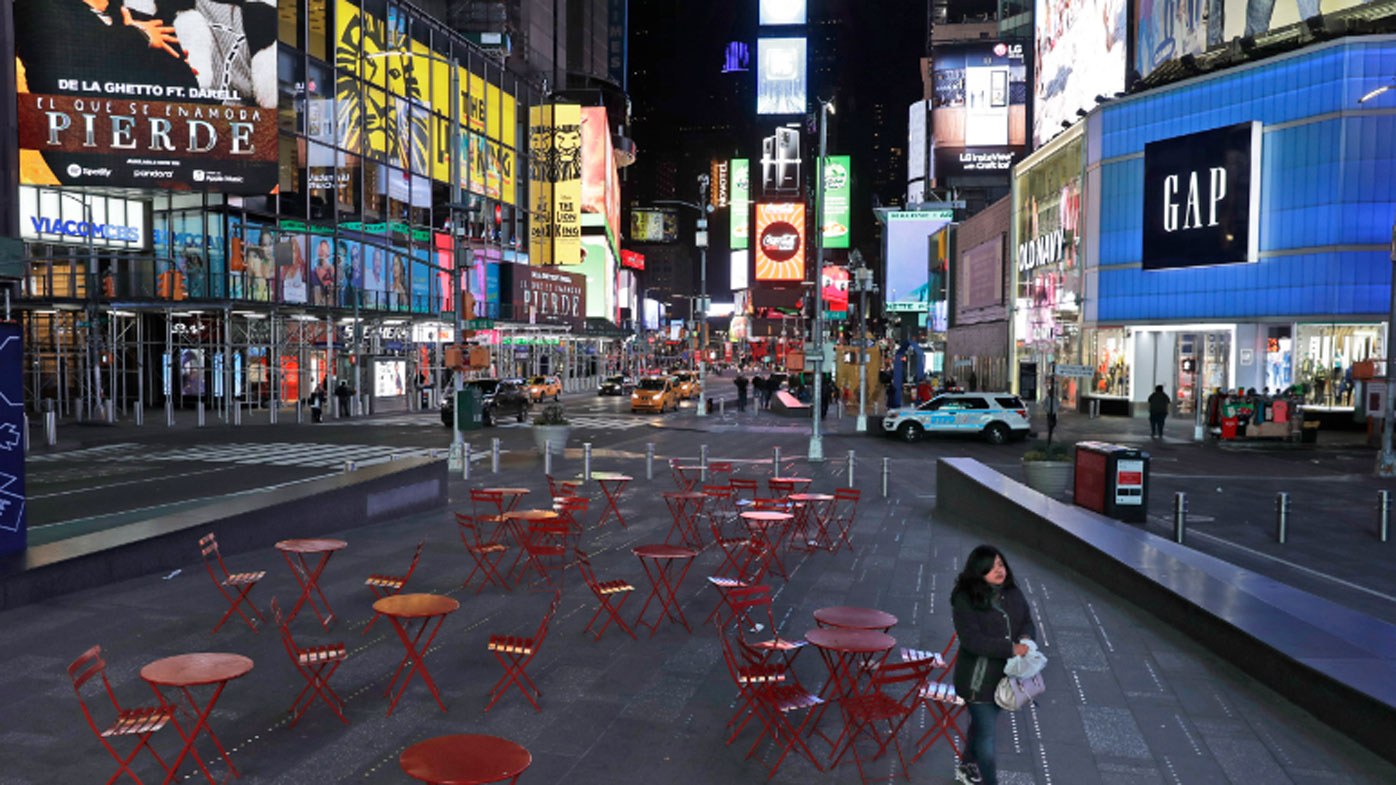 Among them was the 86-year-old diabetic grandmother of Ainhoa Ruiz.

"We feel totally helpless and devastated because my grandma spent her last week only with her husband and caretakers but no other relatives," Ruiz said, adding that her main worry is now the health of her grandfather, who is 87 and remained by his wife during her last days. 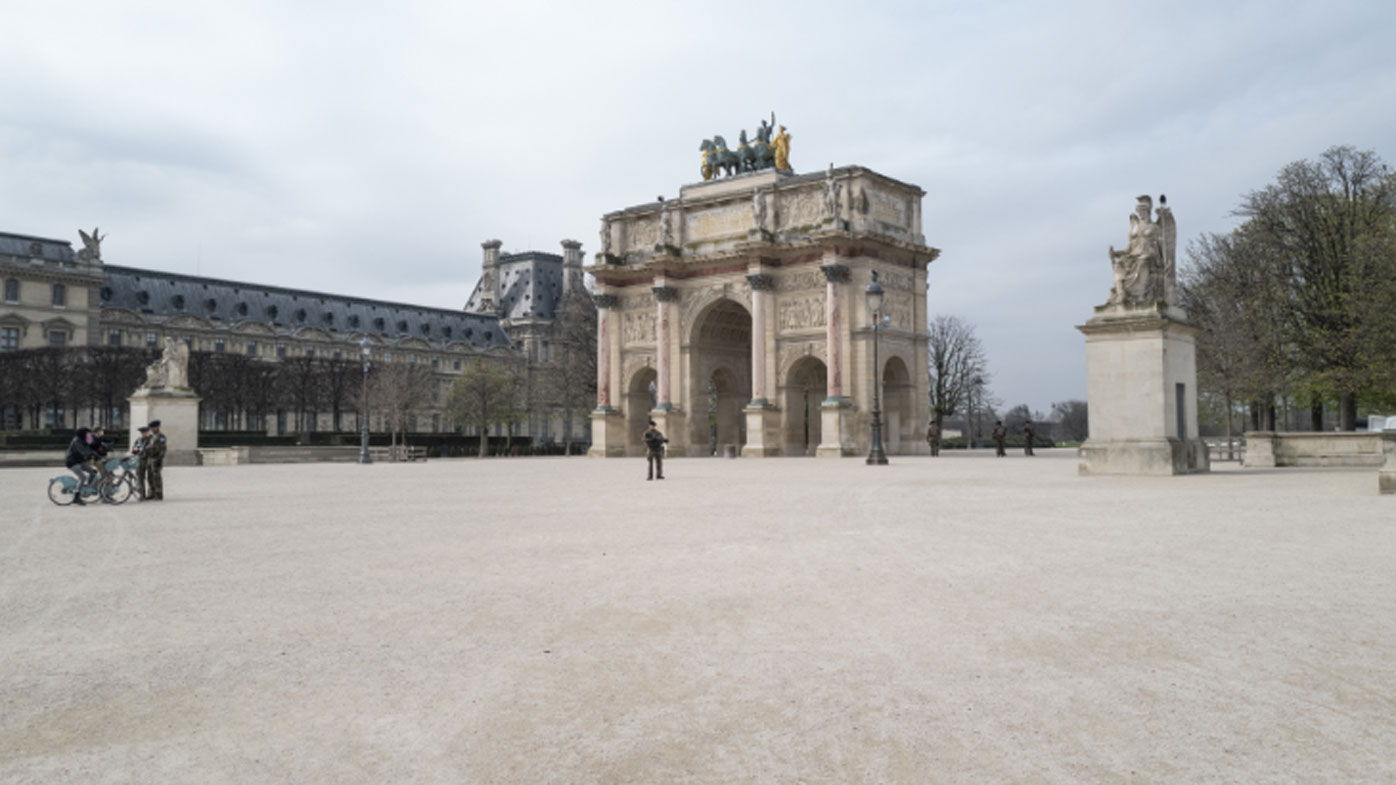 The global number of cases worldwide has topped 190,000.

Only China, Italy and Iran had more infections than Spain.

The virus causes only mild or moderate symptoms, such as fever and cough, for most people, but severe illness is more likely in the elderly and people with existing health problems.

In the world's volatile financial markets, shares reversed early losses in Asia on Tuesday and stocks pushed higher on Wall Street — one day after their worst plunge in more than three decades — as more aid appeared on the way from Washington. 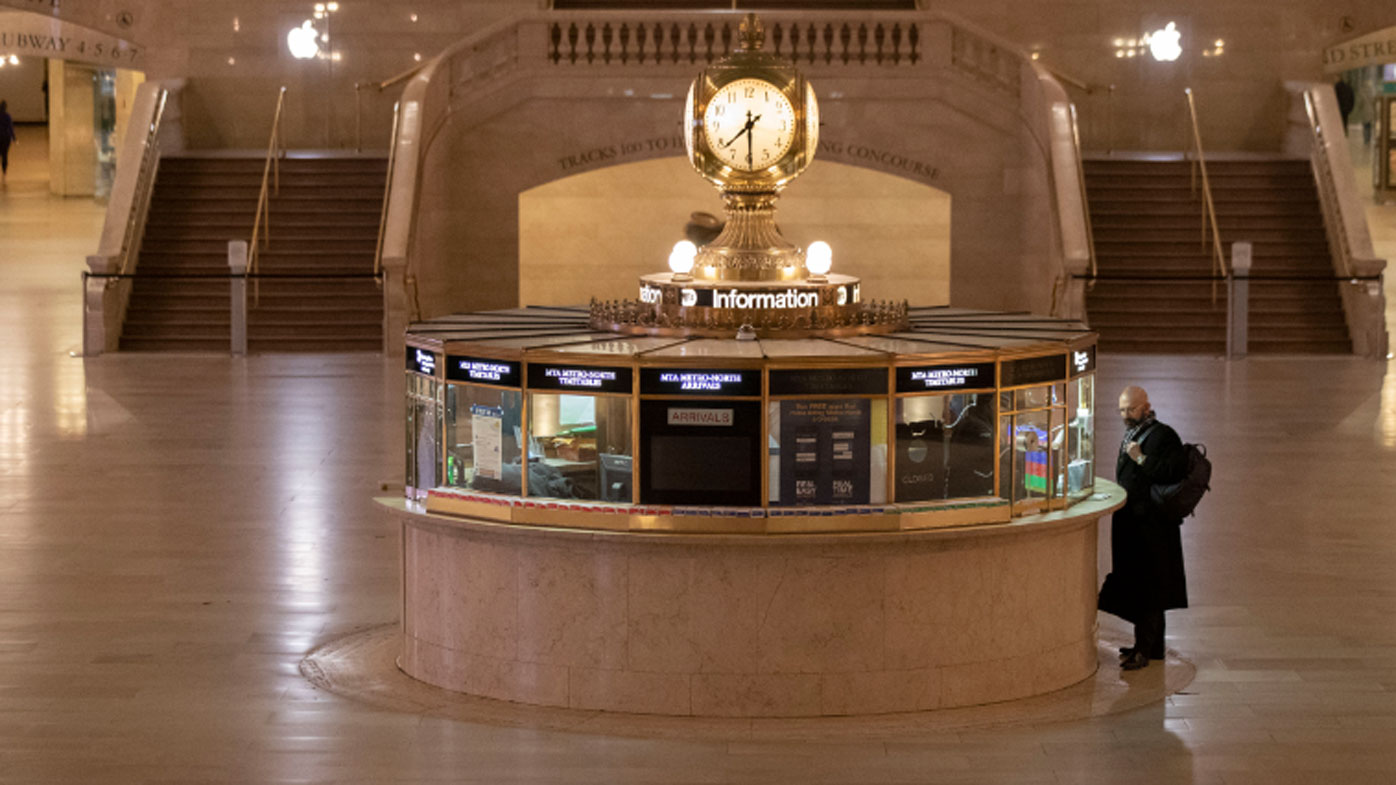 Still, a growing number of traders see a recession likely, if not already here.

The White House proposed a roughly $US850 billion rescue package — a sweeping stimulus not seen since the Great Recession of 2008 — and called for its rapid approval.

It would provide relief for small businesses, $50 billion for the airline industry and a big tax cut for wage-earners, said two people familiar with the request who described it on the condition of anonymity because they weren't authorized to speak publicly. 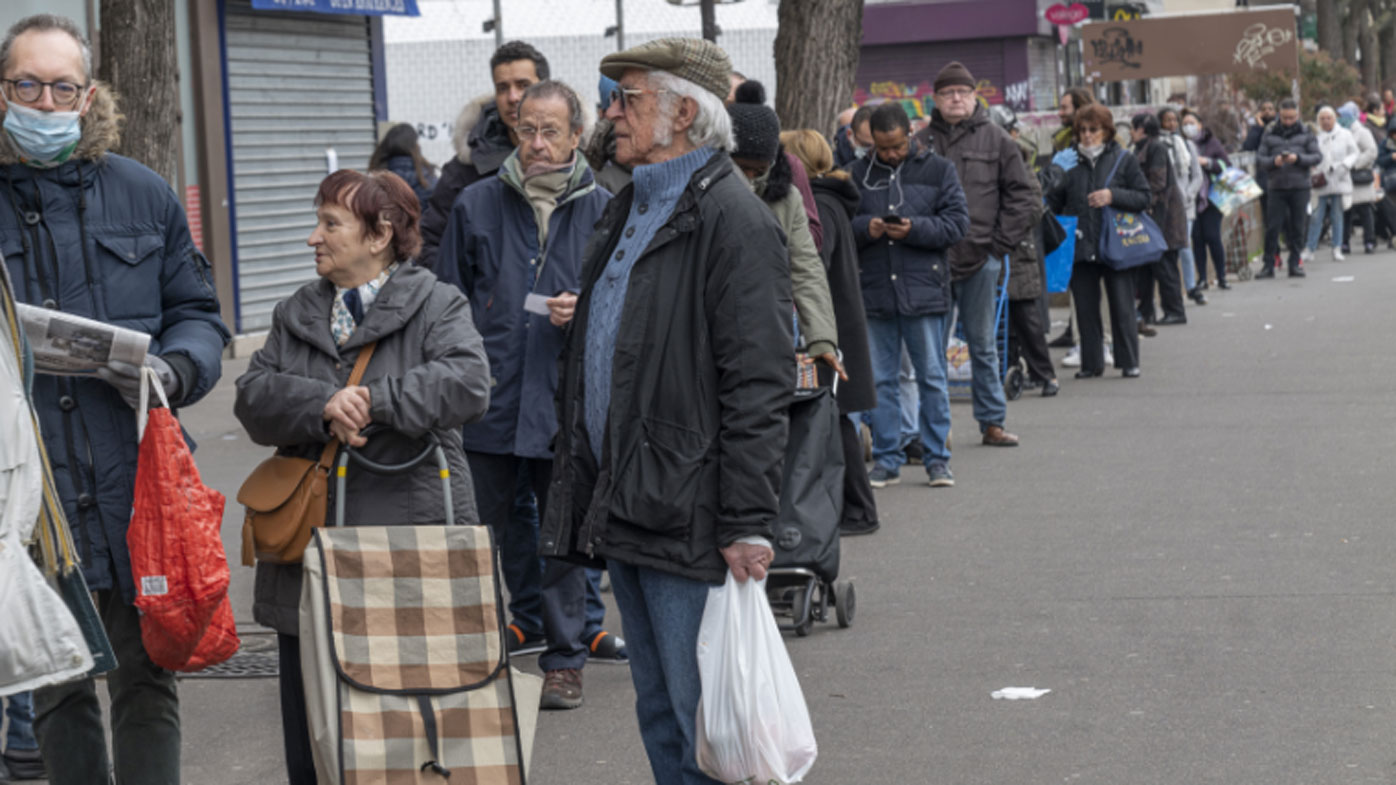 In Britain, the government unveiled a massive economic support package.

Prime Minister Boris Johnson said his government will "act like any wartime government and do whatever it takes to support the economy."

Among the measures, Treasury chief Rishi Sunak said the government would provide 330 billion pounds ($US405 billion) worth of government-backed loans and guarantees for small and large businesses.

On Monday, Johnson told people to eliminate unnecessary contact with others, work from home where possible and avoid bars, restaurants, theatres and other venues. 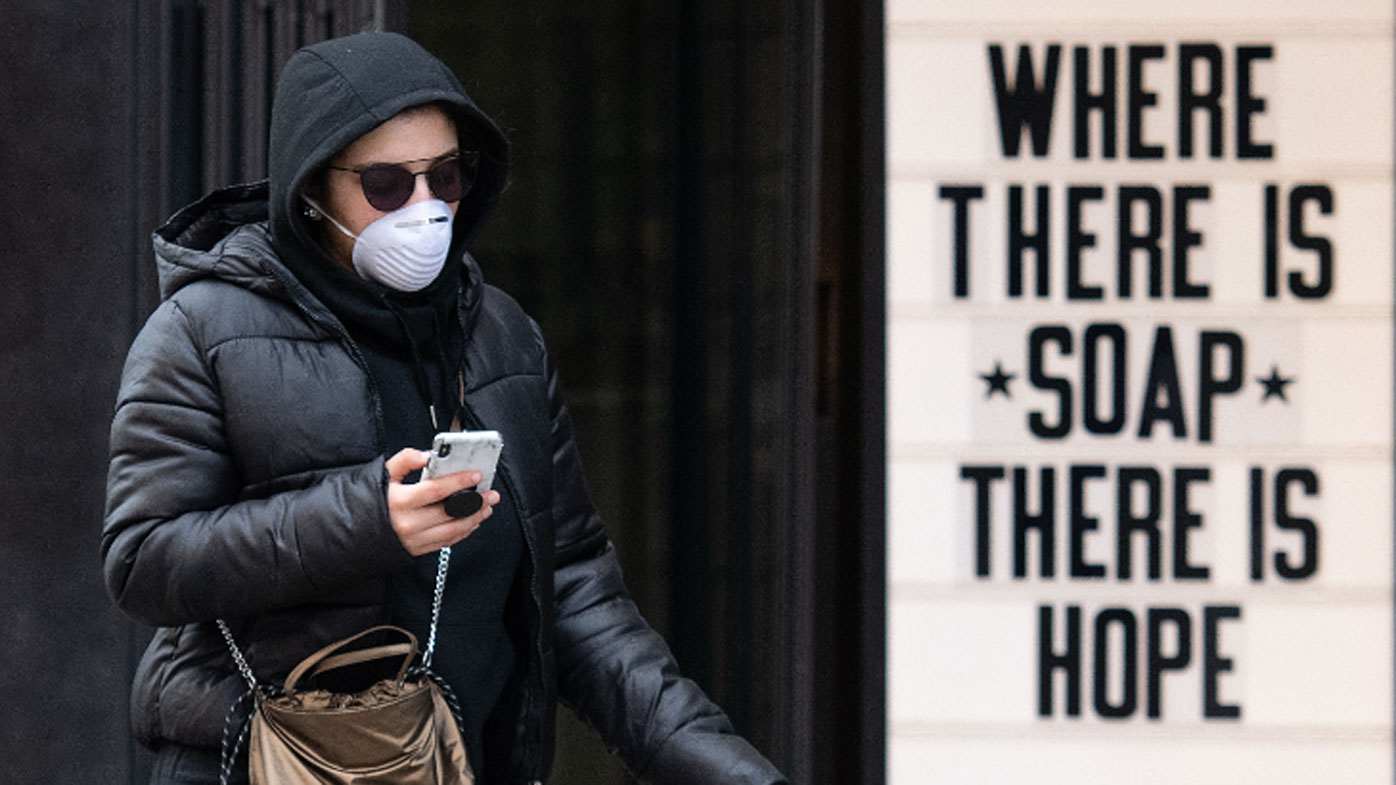 Schools remained open for the time being.

Some scientists, and many worried Britons, have said the government should have taken tough action sooner.

Britain's dramatic escalation of restrictions was sparked by new scientific evidence suggesting that 250,000 people in the UK and more than 1 million in the US might die if the country did not suppress its spread.

Over 70s will soon be officially told to stay at home and not mix with people.

Some bright spots emerged. Wuhan, the central Chinese city where the virus was first detected late last year and which has been under lockdown for weeks, reported just one new case Tuesday.