The police union is demanding more boots on the ground after a shocking attack on its own in Perth’s northern suburbs.

The police union is demanding more boots on the ground after a shocking attack on its own in Perth's northern suburbs.

Two officers bearing the brunt of a brutal arrest forcing them to call for emergency backup.

A 29-year-old man is accused of spitting, punching, scratching and gouging two officers from within a police paddy wagon. 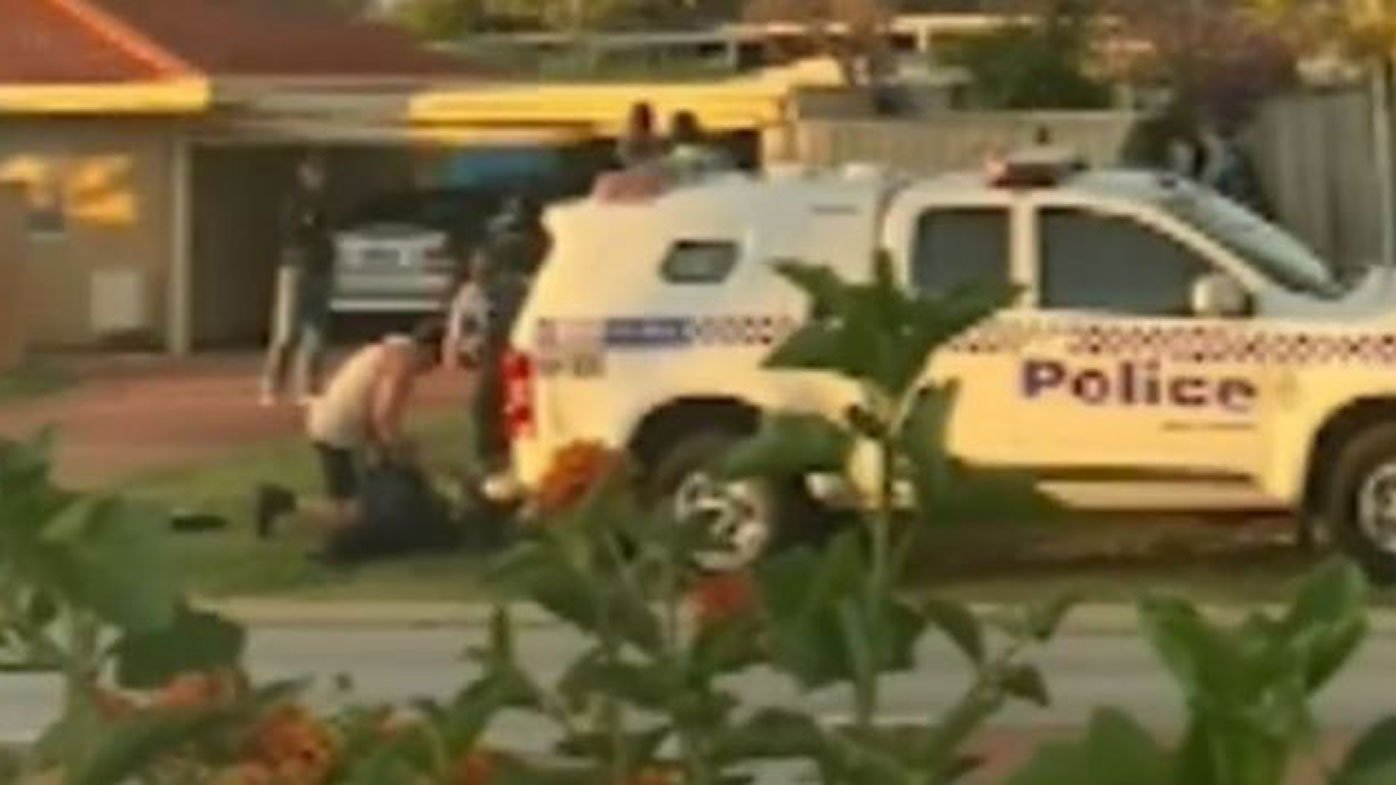 Moments later one of them collapsed.

"I could see the police were struggling," neighbour Peter Nettleton told 9News.

"He wasn't moving. Eventually a medic arrived and then they bandaged him up."

The incident took place around 5pm last night when police were called to disturbance at a home in Girrawheen. A man allegedly emerging from the house with a knife.

"It looked like a kitchen knife, one of those big chopping knives," Mr Nettleton said.

The man then attempted to flee the scene.

He was allegedly one of four men who went to the home, all unknown to its occupants.

"An absolute animal of a human being has dragged one of our police officers into a police vehicle and punched that officer repeatedly to the face and has eye gouged and bitten another police officer," WA Police Union Harry Arnott said.

One officer who was treated in hospital for swelling and bruising to his face has since been discharged.