US protesters have clashed with riot police as outrage grows over the death of a black man after being held down by officers during an arrest, despite saying he couldn’t breathe.

Protesters have clashed with riot police in Minneapolis as outrage grows over the death of a black man after being held down by officers during an arrest, despite saying he couldn't breathe.

George Floyd died on Monday after being pinned to the ground, with a white policeman kneeling on his neck.

As video of the incident went viral on social media, demonstrators gathered at the site of the incident, then marched to a police station where they damaged windows and a police car. 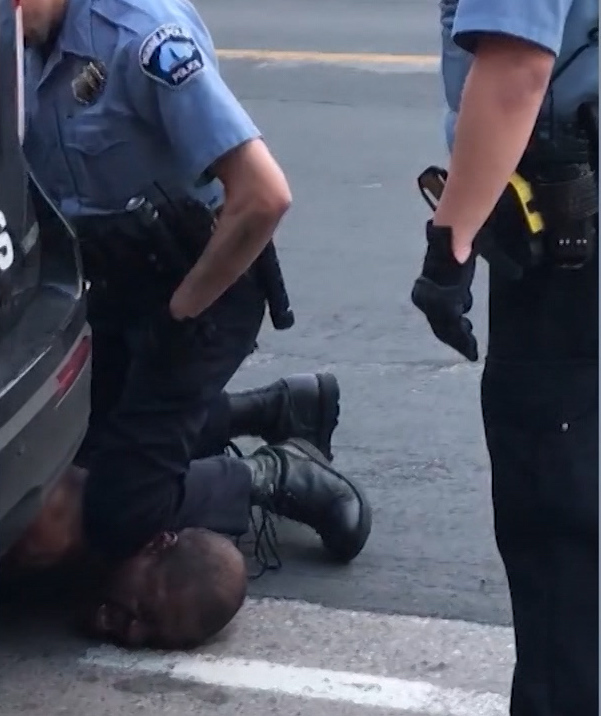 Riot police used tear gas to break up the protest.

Four police officers involved in Floyd's arrest have since been fired and the mayor of Minneapolis has apologised to the city's black community.

The protests also come as Floyd's family have demanded murder charges be sought over his death.

"They need to be charged, because what they did was murder and almost the whole world has witnessed that.

"They need to pay for what they did. He didn't deserve what happened to him and they didn't do anything to help him.

Minneapolis officers who were responding to a forgery on the night of Floyd's death were initially told that a person later described as the suspect was sitting on a car and appeared to be under the influence, police said.

A pair of officers located the man, who was at that point inside the car and who police said "physically resisted" the officers after he was ordered to get out of the car. Officers handcuffed the man, who "appeared to be suffering medical distress," according to police. He died at a hospital a short time later, police said.

Civil rights lawyer Ben Crump, in a statement, was first to identify the man as Floyd and said he was representing his family.

"We all watched the horrific death of George Floyd on video as witnesses begged the police officer to take him into the police car and get off his neck," Crump said.

"This abusive, excessive and inhumane use of force cost the life of a man who was being detained by the police for questioning about a non-violent charge."

Minnesota Senator Amy Klobuchar via Twitter called the incident "yet another horrifying and gut-wrenching instance of an African American man dying."

Minneapolis Mayor Jacob Frey offered his condolences to the man's family, adding that "what we saw was horrible, completely and utterly messed up."

"For five minutes, we watched as a white officer pressed his knee to the neck of a black man," Frey told reporters.

"When you hear someone calling for help, you are supposed to help. This officer failed in the most basic human sense. What happened on Chicago and 38th this last night is simply awful. It was traumatic and it serves as a clear reminder of just how far we have to go."

Being black in America, Frey said, should not be "a death sentence."

In a Facebook video posted Monday, bystanders urged the officer to get off the man. Two officers handled the man on the ground while another stood nearby with his eyes on the bystanders as traffic passed in the background. 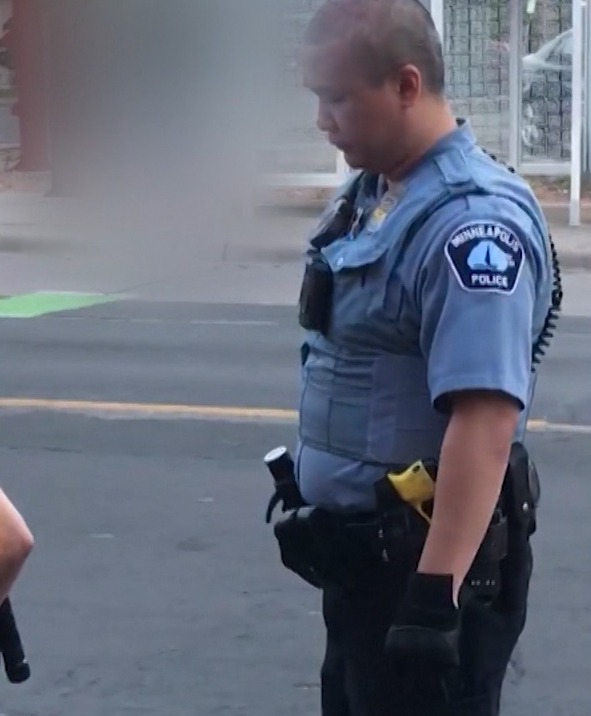 "Everything hurts," the man said at one point. "I can't breathe, officer."

"His nose is bleeding," a woman says of the man being held down.

Frey said he understood the anger in the community but reminded potential protesters that "there is another danger out there right now which is COVID-19."

"We need to make sure that everyone that is protesting and that is voicing their opinion stays safe and their families are protected as well," he said. "So please, practice safe distancing, please use a mask."

The Minnesota Bureau of Criminal Apprehension is also investigating the incident. There was no immediate response from the FBI.

Body worn cameras were activated during the incident, police said.