Heart-stopping footage has captured the moment a police officer jumps for his life, after almost being hit during a traffic stop in Sydney’s west.

Heart-stopping footage has captured the moment a police officer jumps for his life, after almost being hit during a traffic stop in Sydney's west.

The Highway Patrol officer had pulled a car over on the M7 Motorway, Horsley Park, just after 3pm yesterday, moments before a tow truck ploughed into the officer and other driver's cars. 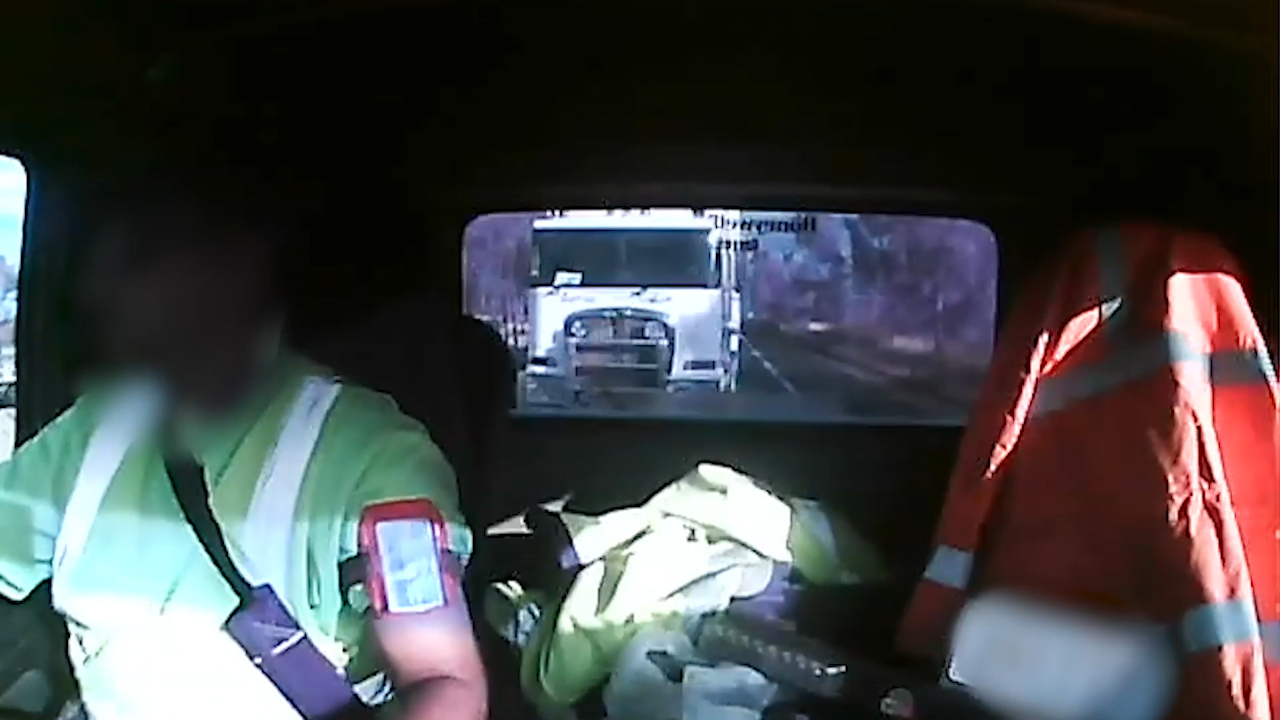 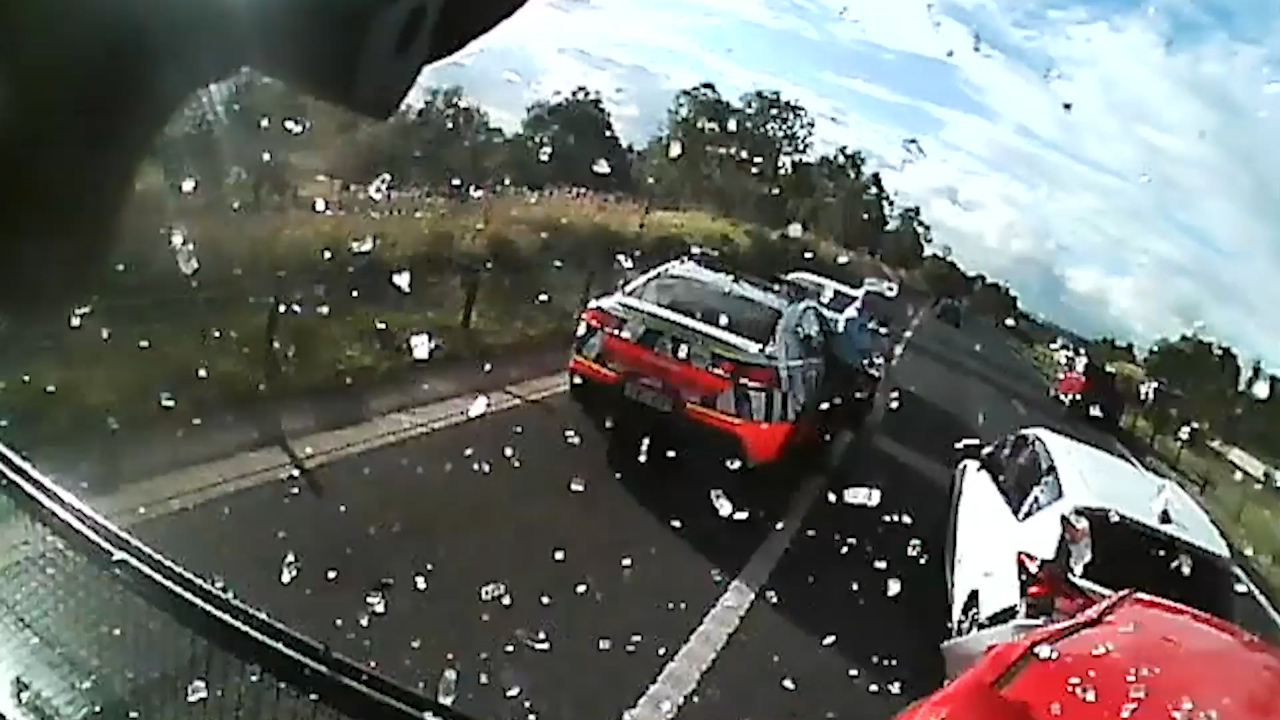 Footage from inside the cabin of a tow truck involved in the crash, shows the driver travelling in the kerbside lane as a large white truck comes hurtling towards the rear, as a horn sounds in the background.

"A heavy vehicle, a B-Double failed to slow down and has collided with the rear of the tow truck, which in turn has pushed that forward into other cars including the police vehicle," Detective Superintendent Paul Glinn said. 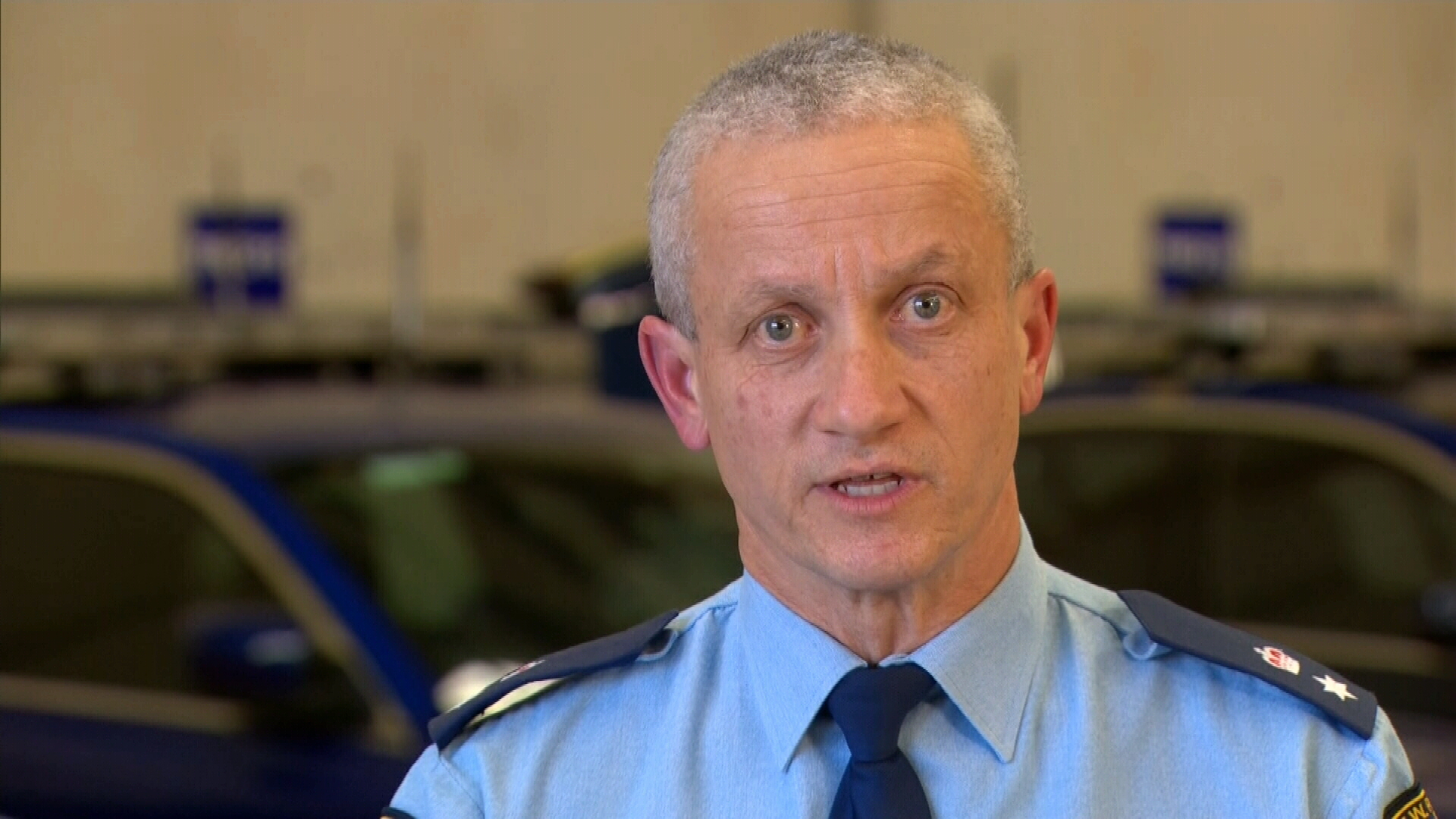 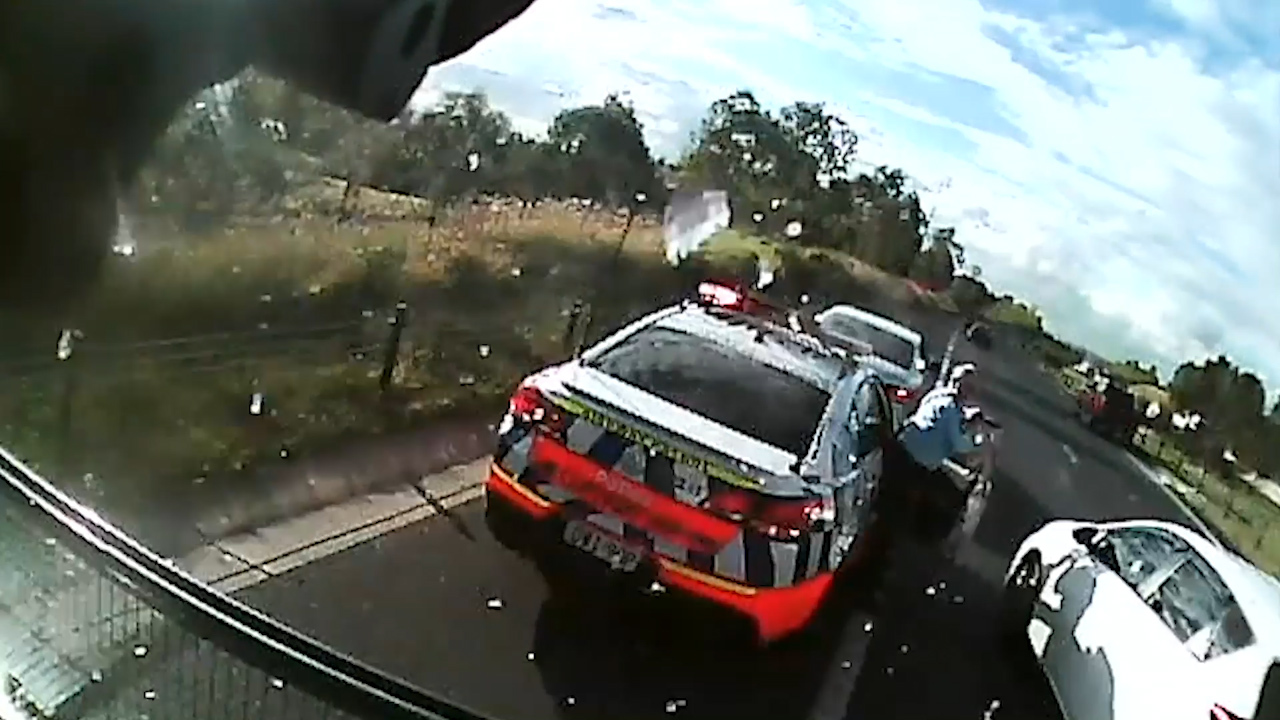 The officer had just seconds to jump out of the way as the tow truck is pushed into his parked car.

Several cars were involved in the crash, which saw traffic delays in the area last for hours and the M7 Motorway closed to peak hour traffic. 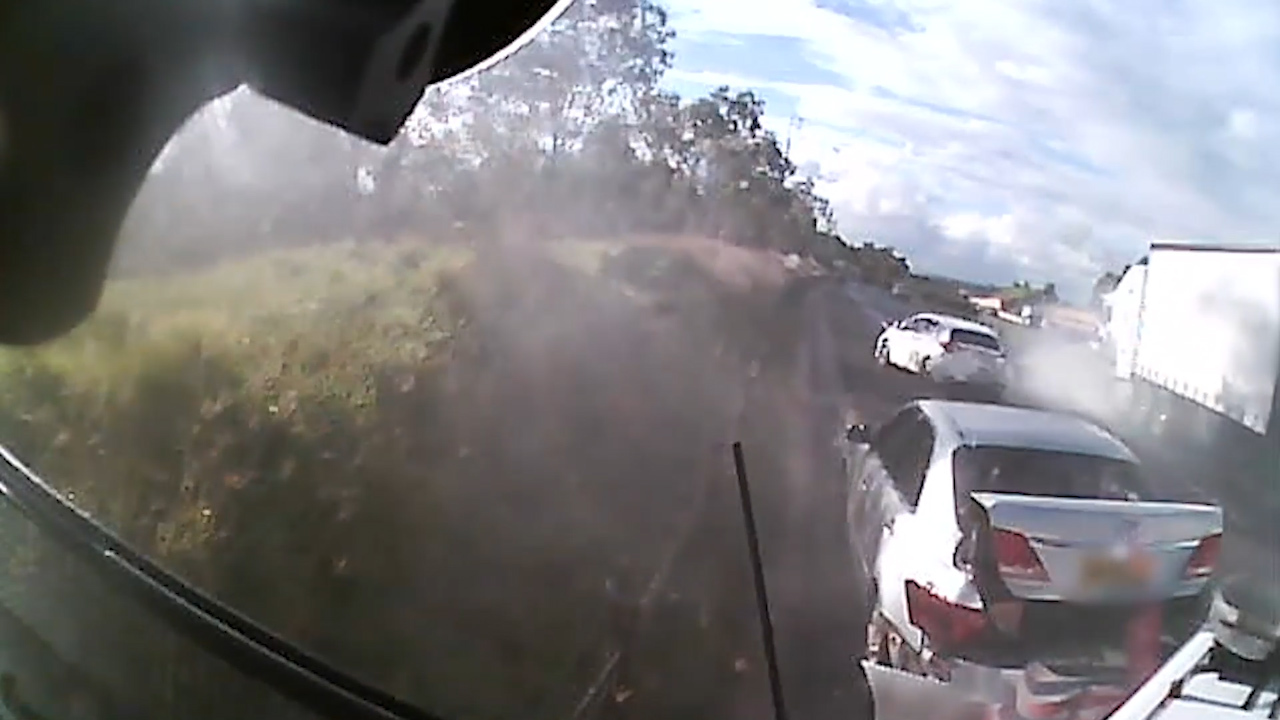 The police officer, aged in his 40s, was among six men injured in the crash.

He was taken to Westmead Hospital and treated for minor injuries.

Another two men were taken to other hospitals nearby for treatment.