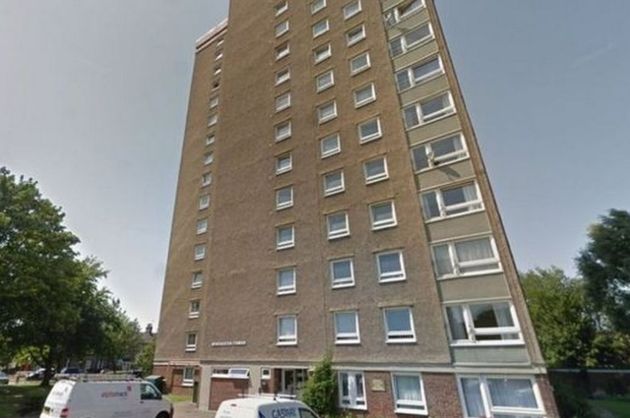 Offensive “Happy Brexit Day” posters put up in a Norwich tower block are being investigated as a racially aggravated public order incident, police have confirmed.

Neighbours living in Winchester Tower, Vauxhall Street, were left horrified after the xenophobic posters were found stuck in the communal areas of every floor of the tower.

The note told immigrant families to speak the “Queens [sic] English”, adding: “If you do want to speak whatever is the mother tongue of the country you came from then we suggest you return to that place and return your flat to the council so they can let British people live here and we can return to what was once normality before you infected this once great country.”

No arrests have yet been made.

“I’ve overheard people saying things like: ‘It’s gotten worse since the eastern Europeans moved in,’ and that sort of thing.

“It’s really worrying, because it feels like it’s only going to get worse as time goes on.” 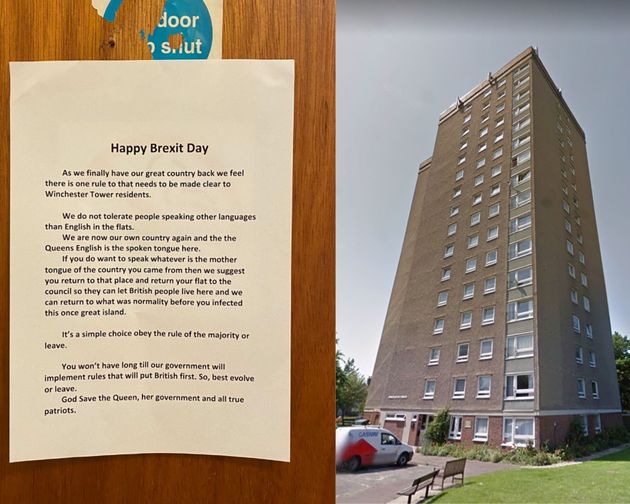 After news of the note broke on Saturday afternoon, another resident of the tower – who also asked to remain anonymous – contacted HuffPost UK to share their concerns.

They said: “I live in Winchester Tower and am disgusted by this. How incredibly typical of the writer of the racist poster to remain anonymous.

“I must admit that I haven’t come across any overt racism in the flats myself and I’ve been here for more than six years. It just goes to show though, how this sort of stuff is becoming more overt as people feel emboldened by Brexit and the more extreme right wing elements in today’s society.”

READ:  Saturn And Jupiter Great Conjunction: Where To Look And How To Find It In Australia

A Norfolk Police spokeswoman confirmed on Sunday that officers had attended the Winchester Tower on Saturday evening and found that all the posters had been removed. Police collected posters saved by residents for forensic enquiries, and officers are working with the council to examine CCTV footage.

The spokesperson added: “There is no place in society for hatred and intolerance. Nobody should have to face intimidation because of who they are and it is more important than ever that we stand together in the face of hostility. We remain committed to helping people feel safe and secure as they go about their lives.

“The matter is being dealt with as a racially aggravated public order incident and anyone with information which could help officers with enquiries should contact Norfolk Police on 101 quoting crime reference 36/7964/20.”

The note was posted on Twitter, where it was shared thousands of times and met with disgust by many users who condemned the racist language.

This trending photo from a door in Norwich makes me livid & embarrassed.

Norwich is the most tolerant, accepting, loving city I have ever lived in or visited.

This photo in no way represents our county or city. A racist, bigoted minority will NEVER be tolerated & NEVER prevail. pic.twitter.com/9De3s8g17d

Don’t care about your politics, where you’re from or how you define yourself, nothing justifies this. Norwich is an open, inclusive place; this hateful crap needs to be dealt with. Is this being tackled @NorfolkPolice@NorfolkCC@BBCLookEast@itvanglia? https://t.co/2hIhddmG61

A spokesperson for Norwich City Council said on Saturday afternoon: “Norwich has a proud history of being a welcoming city, and we will not tolerate this behaviour.

“As soon as we were made aware of this incident, we reported it to the police and they are investigating.

“We take this very seriously and urge residents to contact us or the police if they have any concerns.”