Police are piecing together why a distressed man wound up in a stand-off with officers that led to him being fatally shot on a Melbourne freeway.

Police are piecing together why a distressed man wound up in a stand-off with officers that led to him being fatally shot on a Melbourne freeway.

Officers were called to the on-ramp of the Monash Freeway at the Eastlink interchange in Dandenong North about 9.30am on Thursday, following reports of an armed man in the emergency lane.

Upon arrival, they tried to negotiate with the 53-year-old and calm him down before he produce a knife and advanced on them. 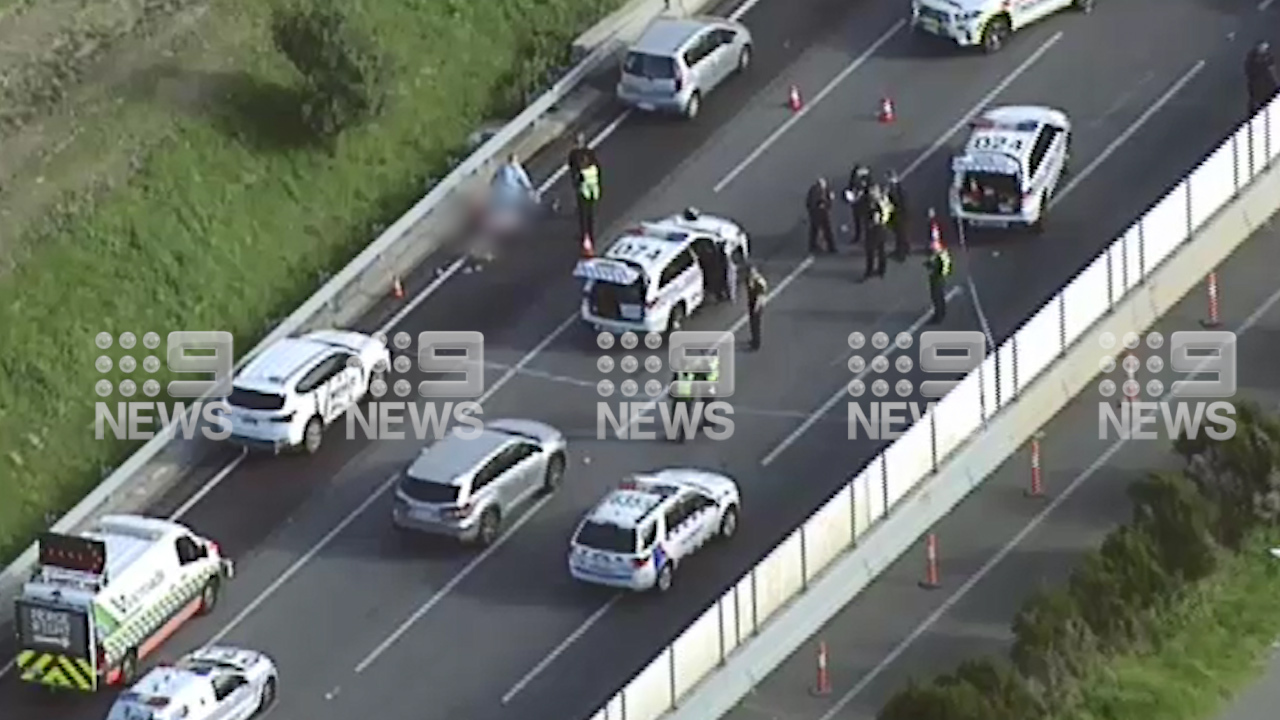 The officers fired a non-lethal beanbag round to try to stop the man before shooting him twice in the chest with a semiautomatic firearm.

The Narre Warren man died at the scene.

Victoria Police Assistant Commissioner Robert Hill told reporters officers initially attempted to reason with the "distressed" man, who had parked his vehicle in the emergency lane of the freeway, but in the end officers were forced to discharge a firearm.

"We tried to negotiate with the male. We tried to actually calm the male down," he said.

"At a point during that course of negotiation, that male has produced a knife and advanced on police members. Our police attempted a tactical withdrawal. 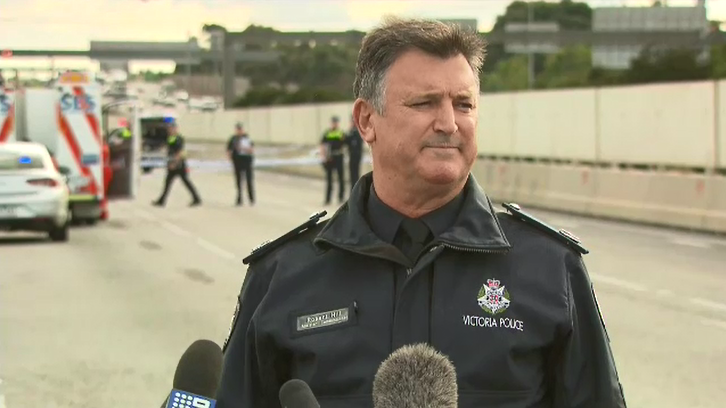 "The male continued the advance. There was then a nonlethal force used upon the male to stop him from advancing. Then police resulted to lethal force.

"A semi-auto firearm was then discharged."

"At this point in time, there is nothing to indicate to me that our police members did not do everything they could to resolve the matter," he said.

"Our members that are involved in this to a certain extent will be scarred by the scenario where through their actions someone lost their life.

"None of us come to work and want to be involved in these situations. 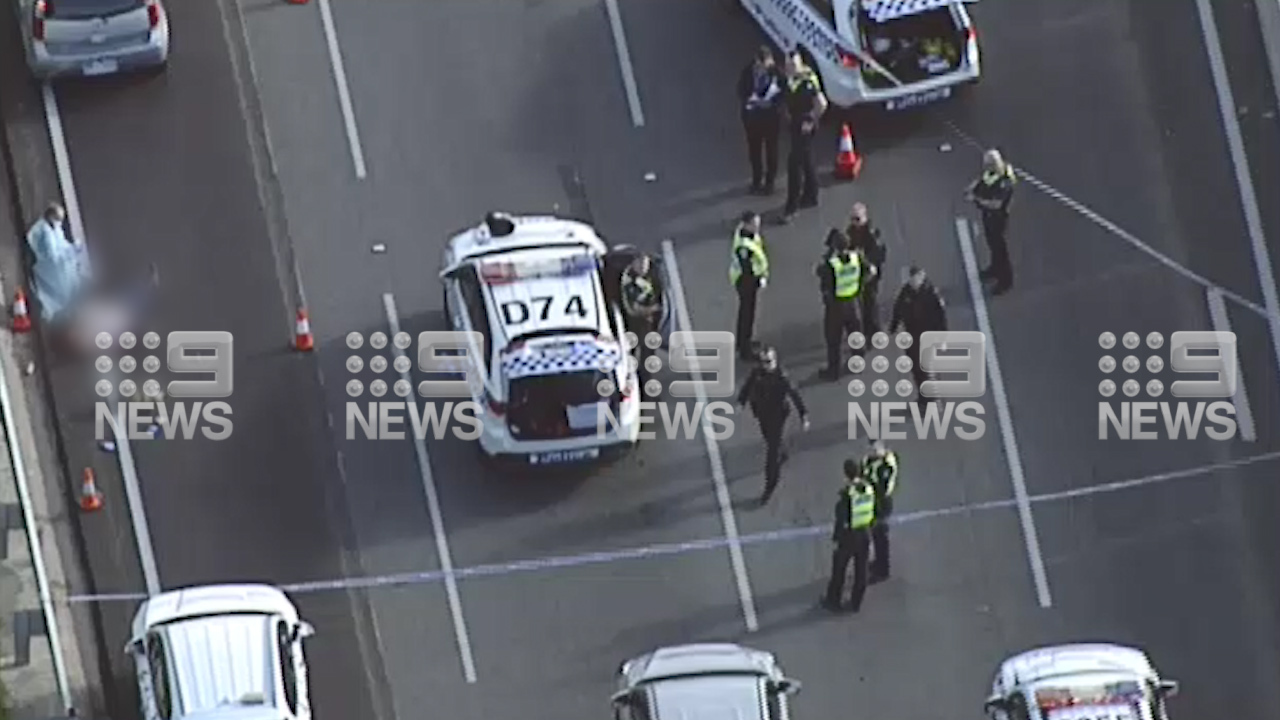 Multiple police vehicles and paramedics swarmed the scene, with the section of the freeway taped off.

Five police officers were directly involved in the freeway stand-off, with one injured in the altercation. Another seven officers rushed to the scene at its conclusion.

The 53-year-old man was known to police, but the motivations behind the man's erratic behaviour on the side of the freeway remain unclear.

However it is understood the man was suffering from a mental health episode. 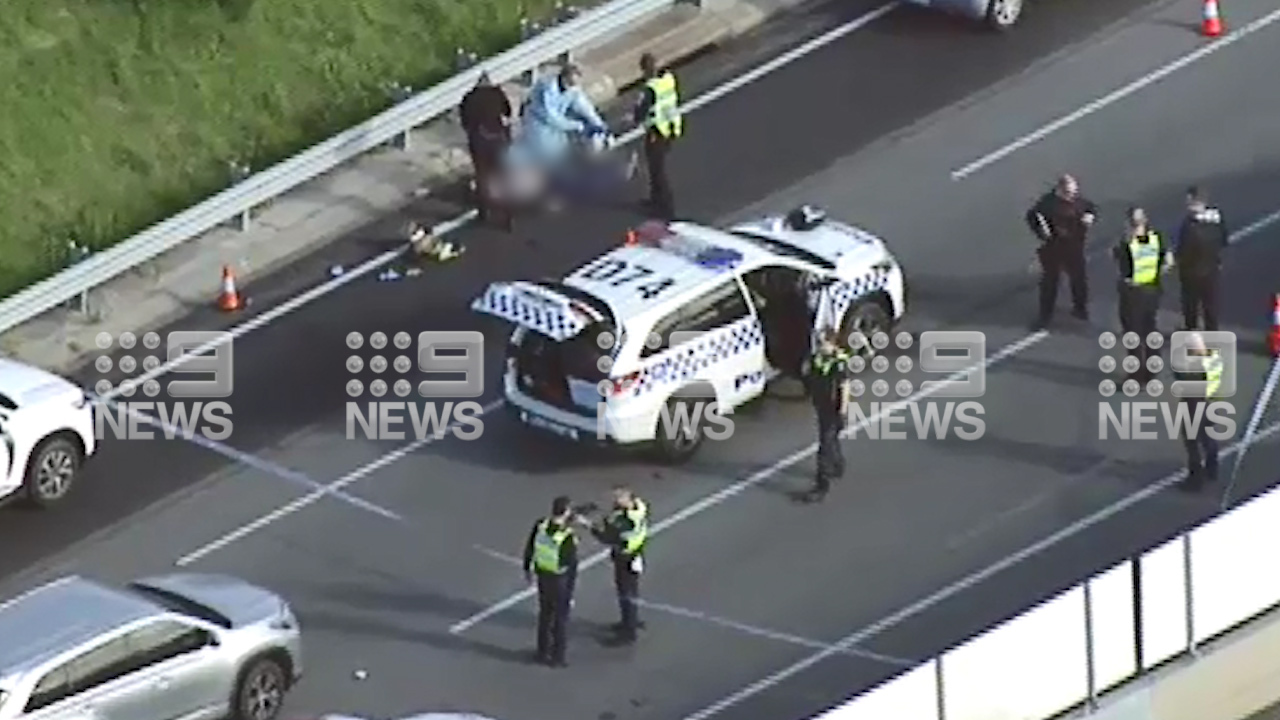 The footage will form part of a broader investigation by Homicide Squad detectives, overseen by the Professional Standards Command and the Independent Broad-based Anti-Corruption Commission (IBAC), as per protocol when a police firearm is discharged.