The search for a 23-year-old student suspected in two slayings and believed to be armed with several stolen guns has stretched from Connecticut to New Jersey and Pennsylvania.

The search for a 23-year-old student suspected in two slayings and believed to be armed with several stolen guns has stretched from Connecticut to New Jersey and Pennsylvania.

Connecticut troopers said Peter Manfredonia, suspected in a deadly assault in Willington on Friday and a homicide in Derby on Sunday morning, is believed to be armed with several weapons stolen during a home invasion.

A car Manfredonia is suspected of stealing from the Derby victim was found in New Jersey at the Pennsylvania border Sunday afternoon, police said. 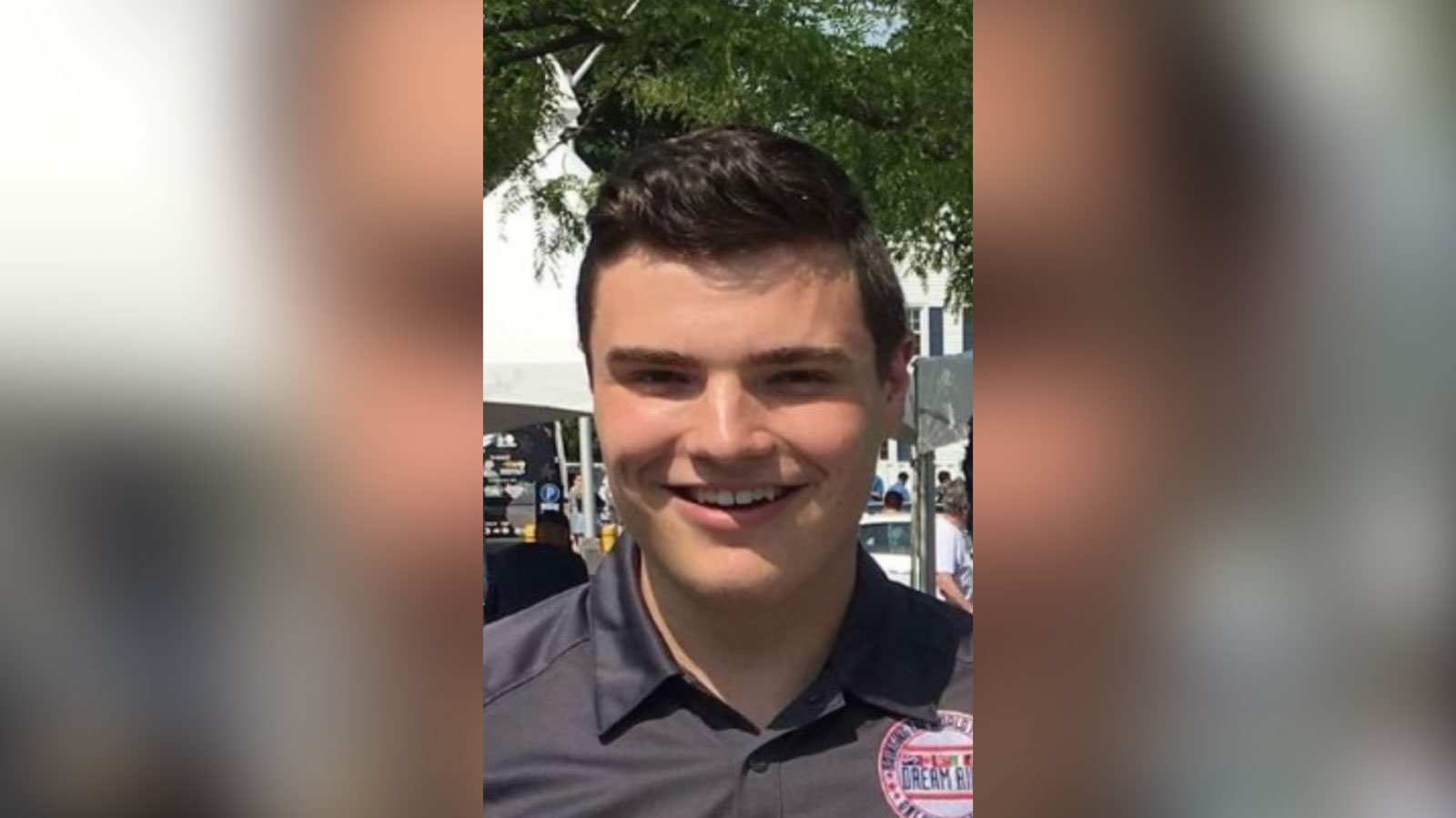 Police said Manfredonia is suspected of killing 62-year-old Ted DeMers and assaulting another man in Willington.

DeMers' wife, Cynthia DeMers, tells the Hartford Courant that the two men had been attacked after they found Manfredonia walking along a road and offered him a ride back to his motorcycle.

"It could have been anybody who offered him a ride," she said.

"It could have been any of my neighbors' husbands. It just happened to be mine."

DeMers was pronounced dead at a local hospital.

A man reported he had been held against his will by Manfredonia, who then left with food, several guns and the man's truck, which was found abandoned at 6.45am near Osbornedale State Park.

Police investigators then went to the Derby home of an acquaintance of Manfredonia and found him dead.

He was identified Sunday afternoon as 23-year-old Nicholas Eisele.

Manfredonia is a 2015 graduate of Newtown High School and a senior at the University of Connecticut majoring in finance and mechanical engineering, the Connecticut Post reported.

Police describe him as a 6-foot-3 white man who should be considered armed and dangerous.