UK police uncovered a cryptocurrency mine powered by stolen electricity during a raid of what they suspected was a cannabis farm.

UK police uncovered a cryptocurrency mine powered by stolen electricity during a raid of what they suspected was a cannabis farm.

The facility was stealing thousands of pounds worth of electricity from the mains supply, according to a statement from the West Midlands Police.

"Officers forced entry to the premises in Great Bridge Industrial Estate, Sandwell, on May 18 on the back of intelligence suggesting it was being used as a cannabis farm," the statement read.

READ MORE: Why has Bitcoin been plunging? 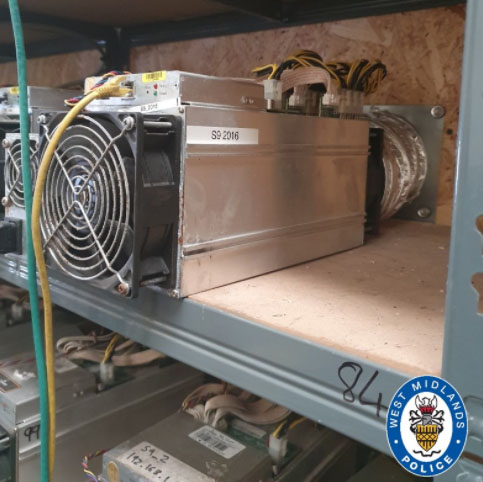 "Lots of people were visiting the unit at different times of day, lots of wiring and ventilation ducts were visible, and a police drone picked up a considerable heat source from above," it added.

Despite these being described by the police as "classic cannabis factory signs," officers instead found "a huge bank of around 100 computer units as part of what's understood to be a Bitcoin mining operation.

"Police seized IT equipment and said inquiries with electricity supplier Western Power revealed the electric supply "had been bypassed and thousands of pounds worth had been stolen to power the 'mine'."

"It's certainly not what we were expecting," Sandwell Police Sergeant Jennifer Griffin said.

"It had all the hallmarks of a cannabis cultivation set-up and I believe it's only the second such crypto mine we've encountered in the West Midlands," Ms Griffin added. 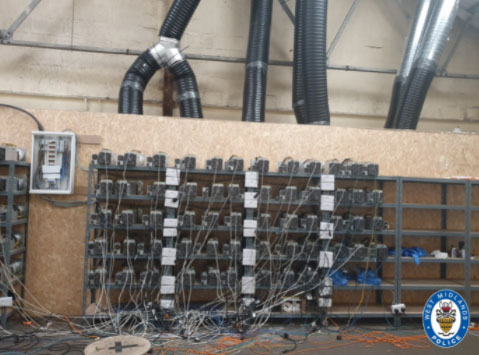 "My understanding is that mining for cryptocurrency is not itself illegal but clearly abstracting electricity from the mains supply to power it is," Ms Griffin said.

READ:  Etihad to refund all Australian flights cancelled due to COVID-19

No arrests have been made on site and no one was at the unit at the time of the warrant, but inquiries with the unit's owner will be conducted, the statement also read.