Police dog Kaos and his handler began chasing the men after they ran from a suspect car in Gordon Park about 1.30am today, police said.

They tracked the men, aged 21 and 24, across the inner-city suburb for 15 minutes.

"During the apprehension of the men the police dog received a large stab wound to the chest," a spokesman said in a statement. 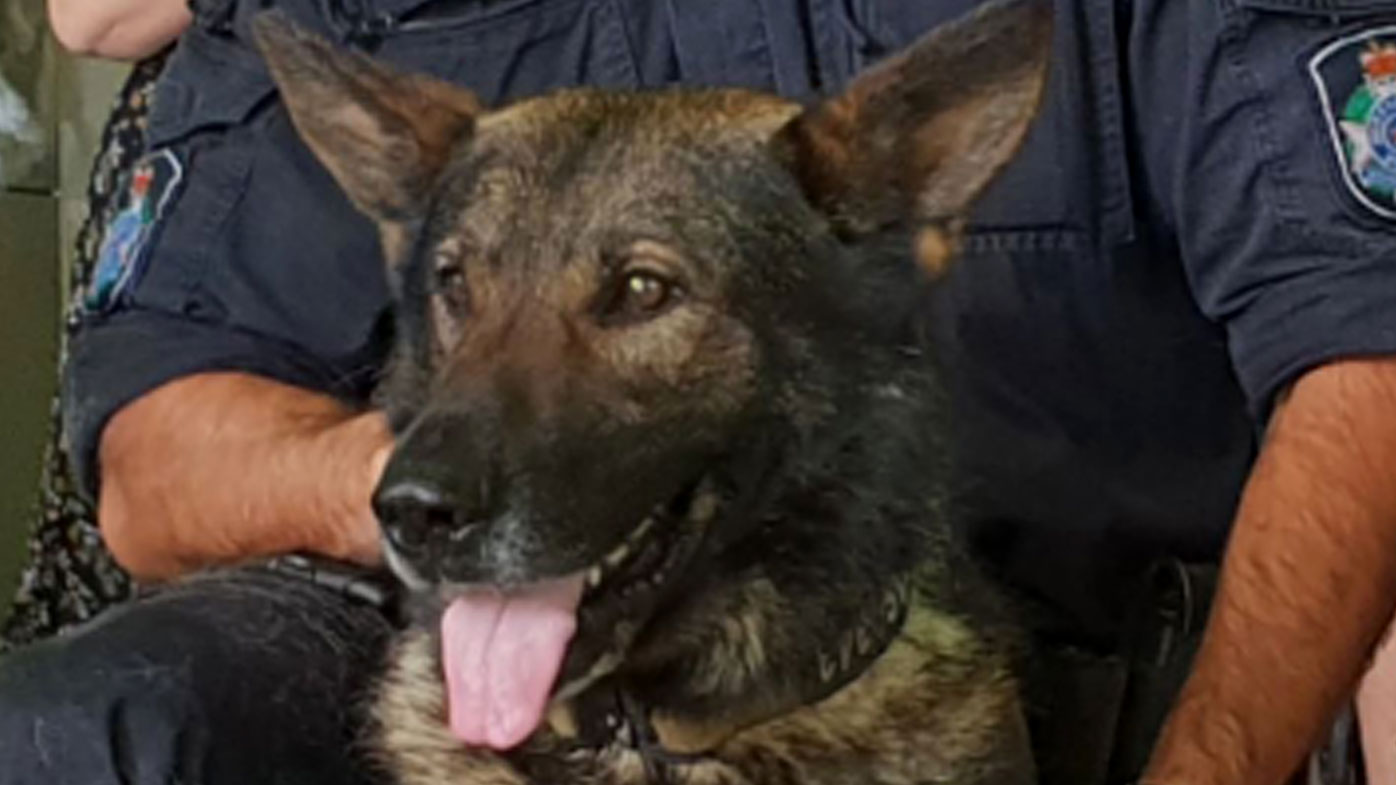 He was transported to a veterinary surgery where he was operated on and is in a stable condition.

The men were charged with serious animal cruelty, unlawful use of a motor vehicle and assaulting and obstructing police.

The pair were denied bail and are expected to appear at the Pine Rivers Magistrates Court tomorrow.

They are expected to appear in the Pine Rivers Magistrates Court on February 17.

Kaos is a seven-year-old general purpose police dog assigned to the Brisbane Region.