It's been barely two days since he sustained a 12-centimetre stab wound taking down two suspects at Gordon Park in Brisbane.

But happily, he is already on the mend, and up and about following extensive surgery. 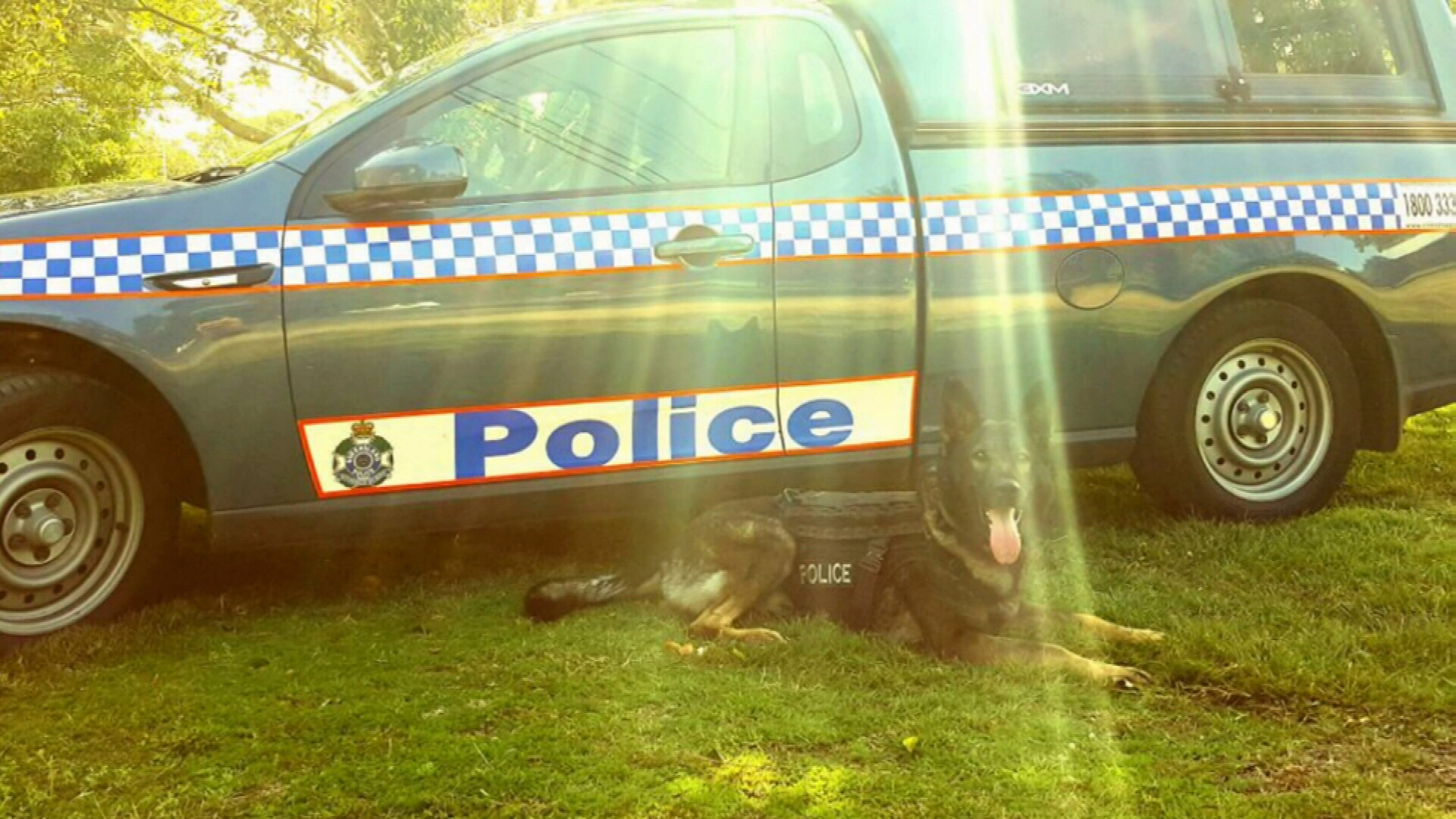 "Should the surgery go well and there are no complications, we expect him to be on the road within three or four weeks," Sean Baxendell of Queensland Police said.

The men accused of stabbing him will both spend at least the next two weeks behind bars, with neither making an application for bail this morning.