Maskless protesters took their fight to the city but Victoria Police was in no mood for lockdown defiance.

Hundreds of police officers swarmed Melbourne today in a show of force against anti-lockdown demonstrators.

Fourteen people were arrested and 55 were issued fines. 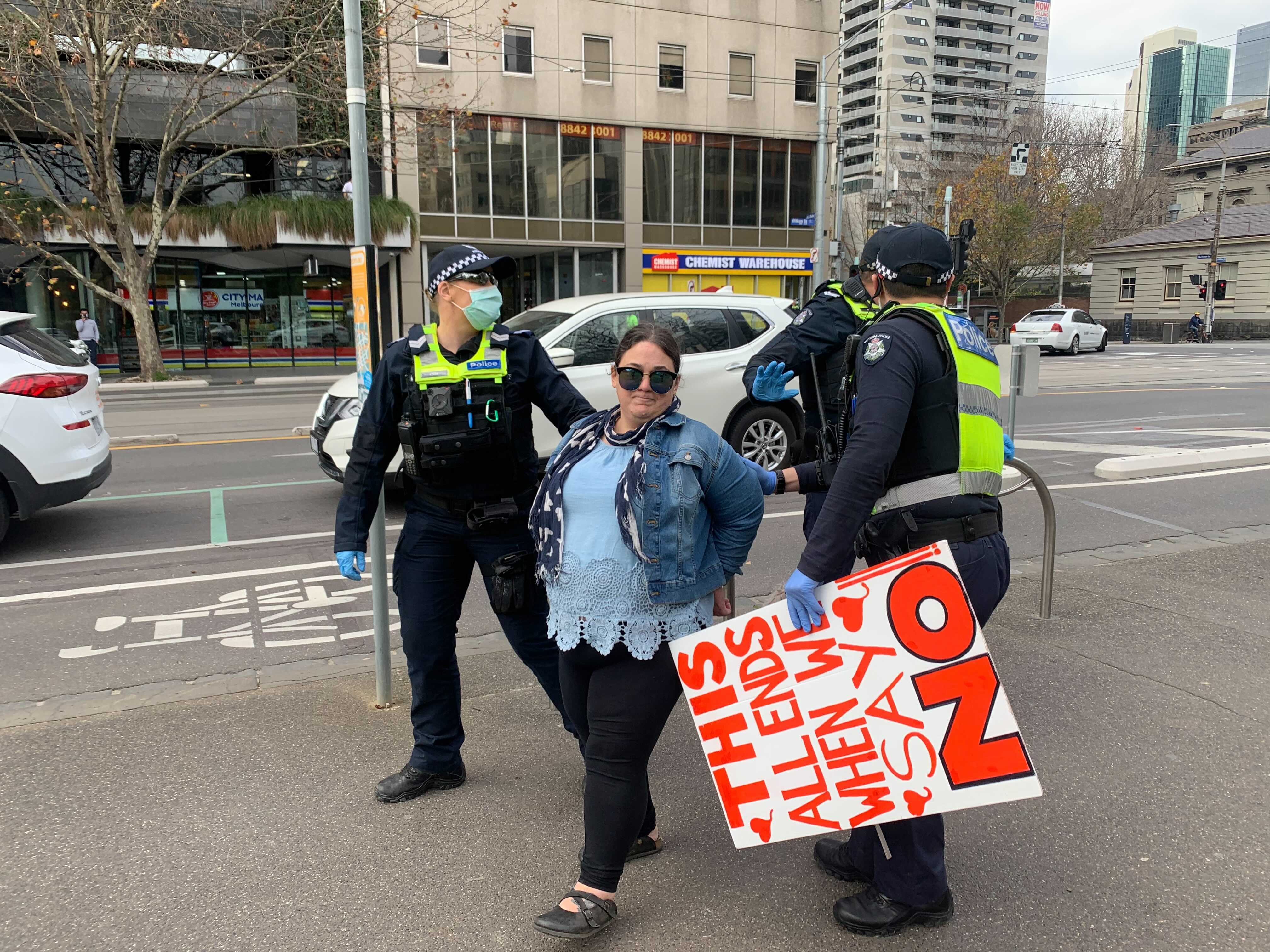 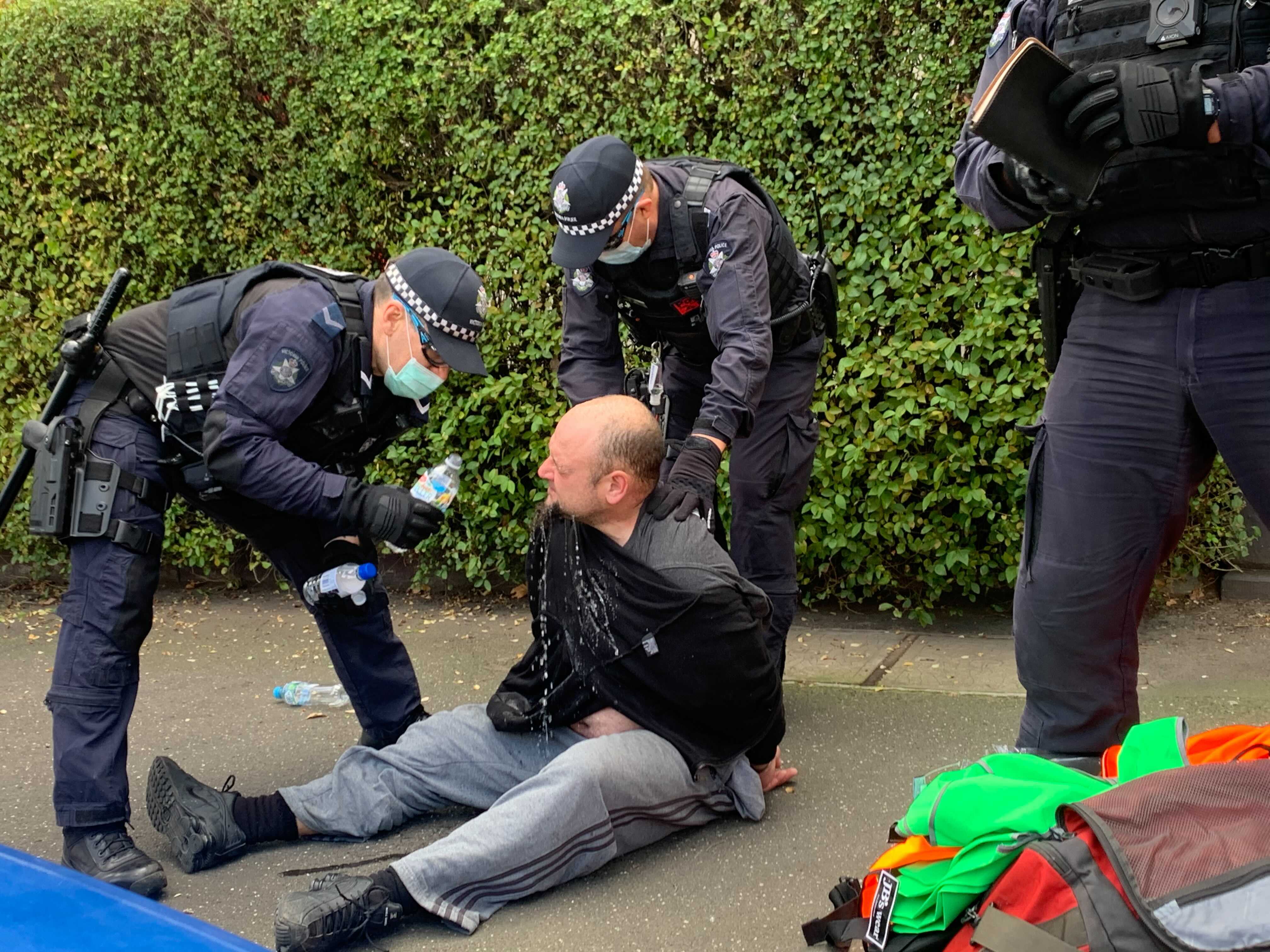 Two police officers were injured during the protests.

Authorities warned organisers to call off the demonstrations last night.

Despite that, hundreds still tried to gather at the Flagstaff Gardens park but police didn't give them the chance.

Officers were on high alert right across the city from Flinders Street Station to State Parliament. 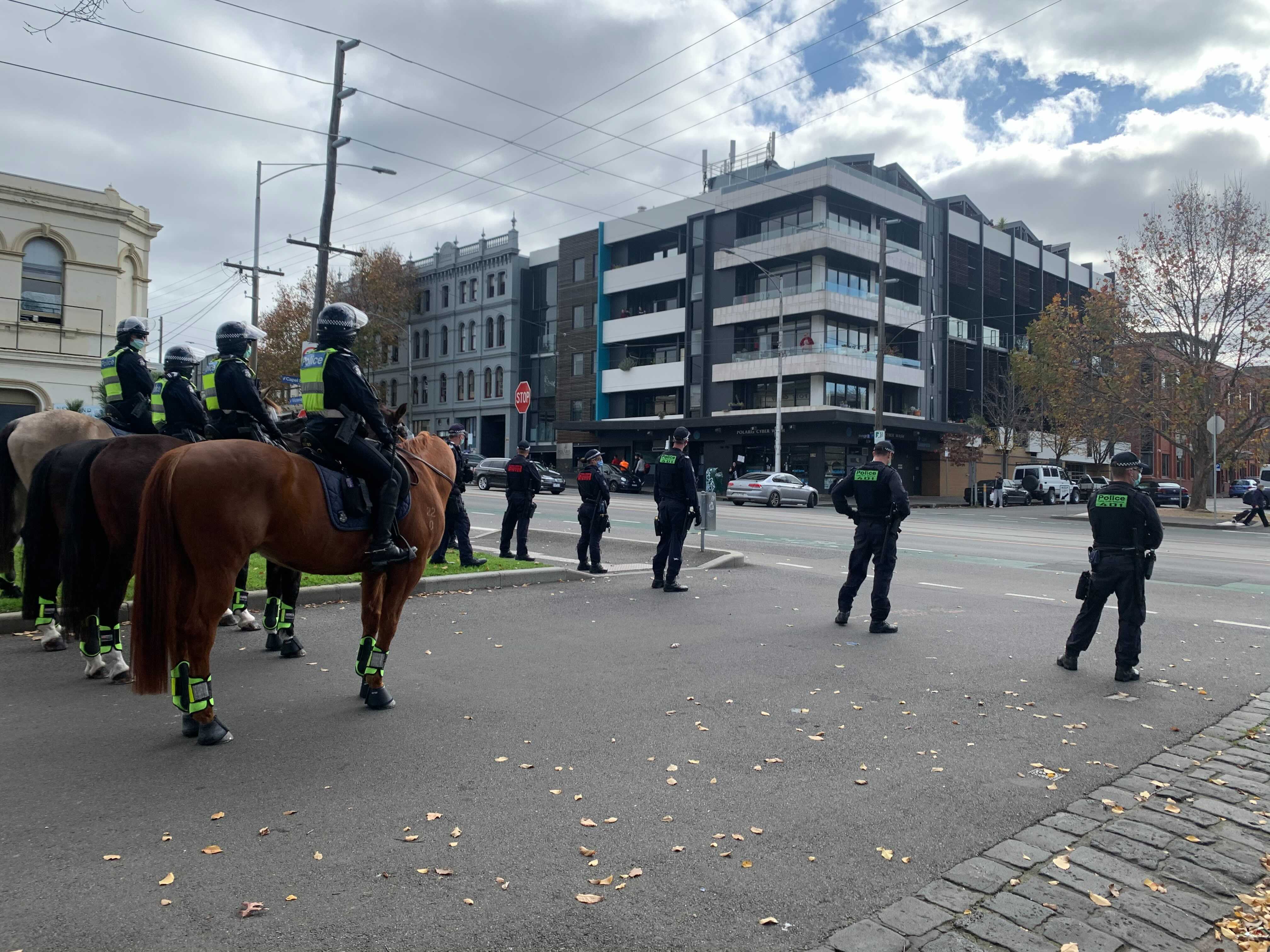 Police formed a ring of steel around the Melbourne park and pounced on protestors as they entered.

Almost all of the protestors were maskless. Officers attempted to provide face-coverings to those without.

Some demonstrators did try to march but they only got as far as the Queen Victoria Market. 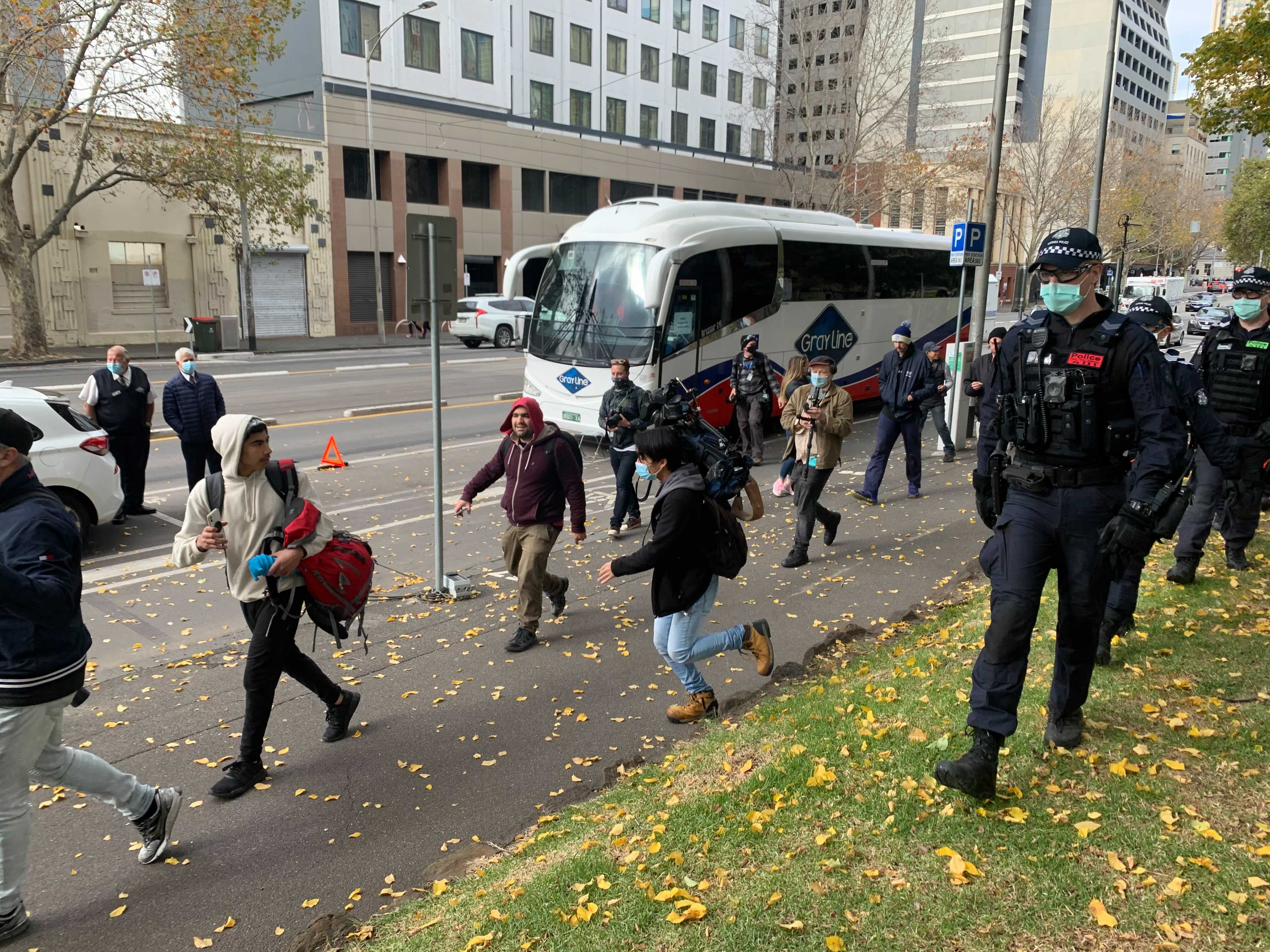 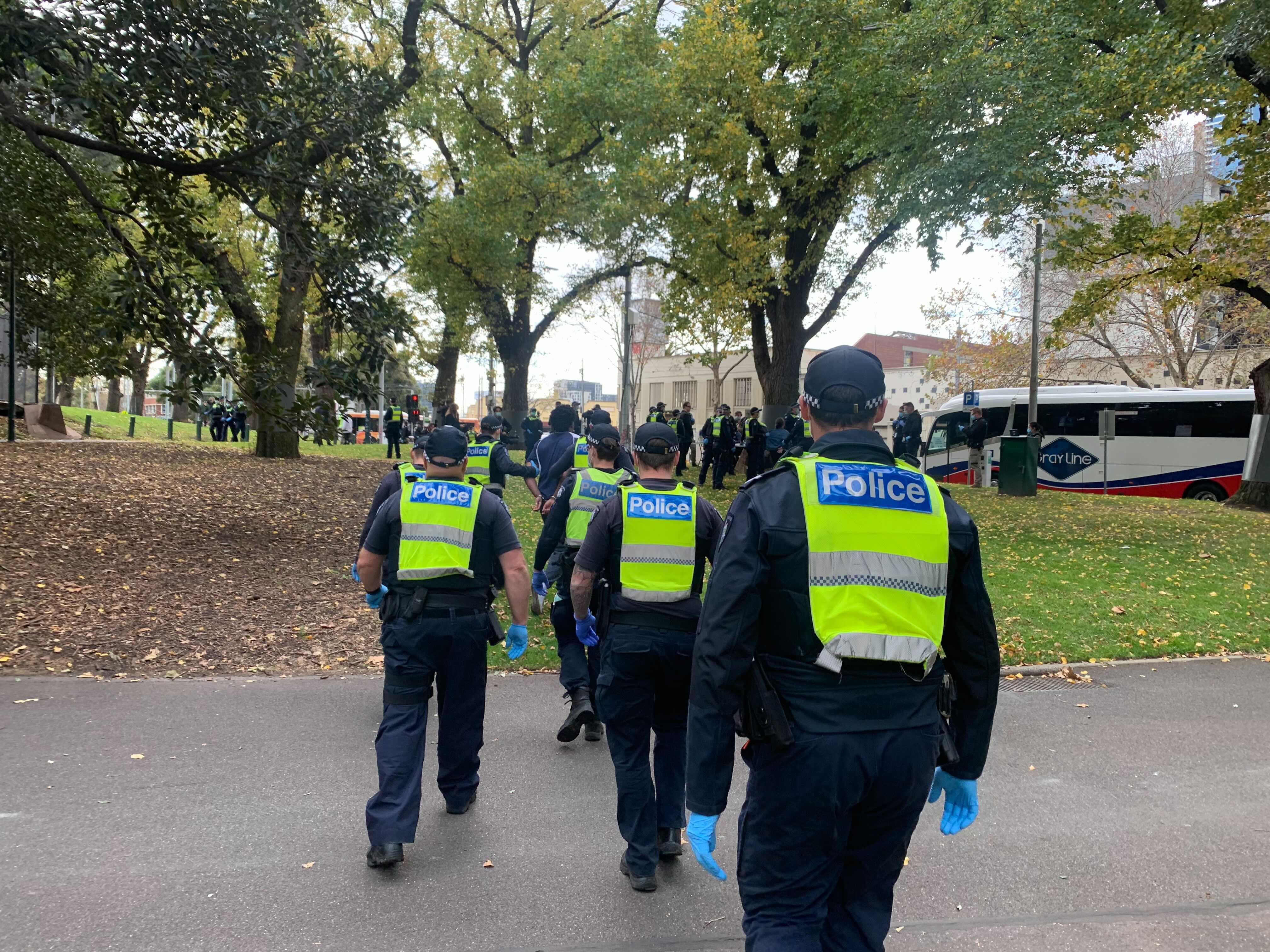 One woman was caught breathing heavily on the media. She laughed, ran off, and was then arrested.

Victoria Police said there would be a high police presence across the CBD, on roads, and across the public transport network throughout the lockdown, with a zero-tolerance approach towards those caught deliberately breaking the rules.