Alleged Mongols bikies Josh Ryder and Aaron Ong have been charged with murder over the shooting of Melbourne fruit shop owner Paul Virgona.

Two men have faced court charged with the murder of fruit and vegetable trader Paul Virgona following dawn raids across Melbourne this morning.

Accused Mongols bikies Josh Rider, 29, and Aaron Ong, 35, appeared at the Melbourne Magistrates' Court today and were remanded in custody until May for a committal mention hearing.

The court heard the pair allegedly "acted in company" over the shooting death of Mr Virgona on Eastlink on November 9 last year.

Both appeared to have bruises on their left cheeks. 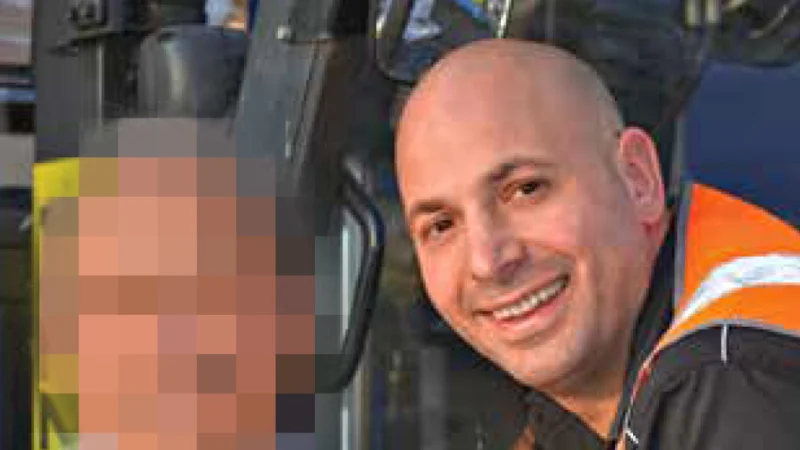 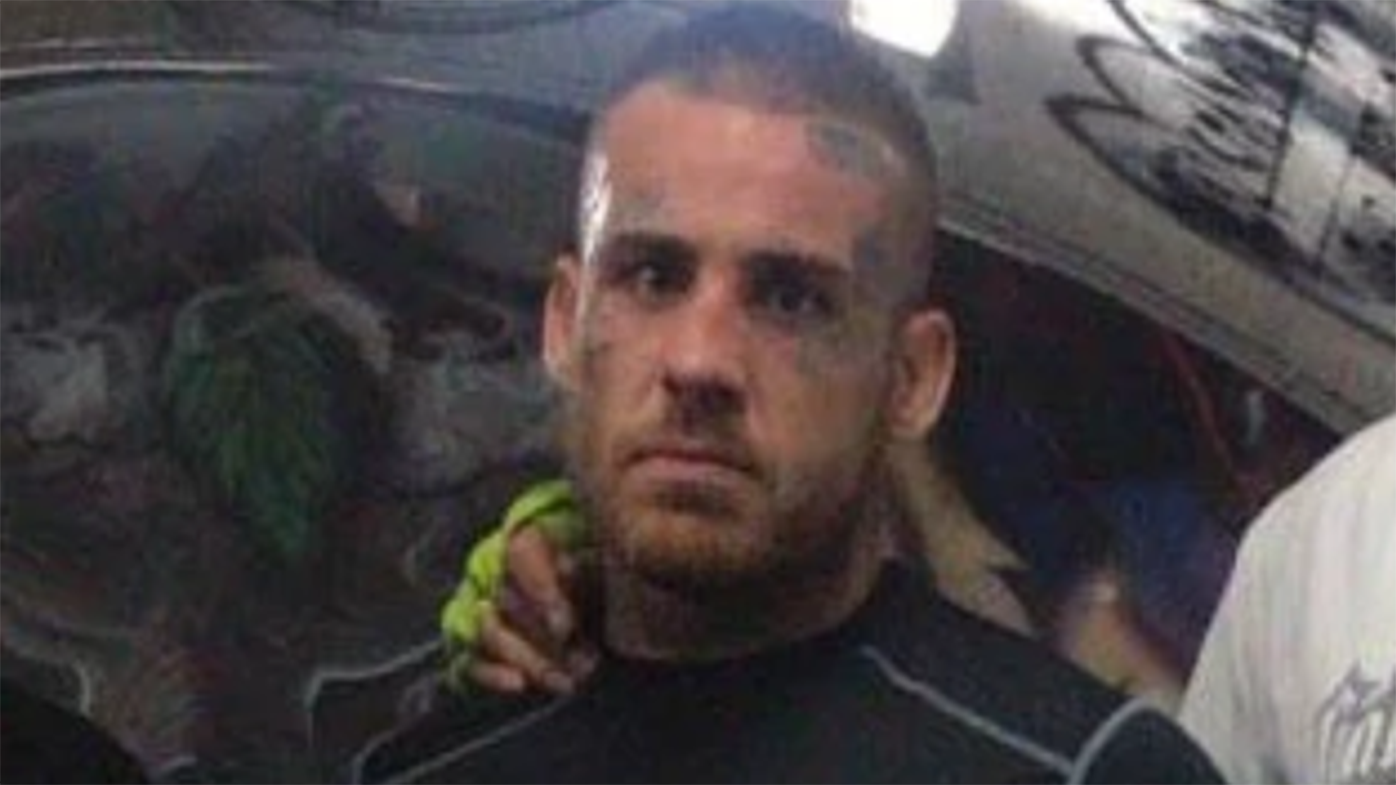 A 30-year-old Tecoma man will also face the Ringwood Magistrates' Court in May, charged with possessing a drug of dependence.

But he has since been released "pending further enquiries".

"I can confirm two people have been charged with the murder of Paul Virgona," Asst Comm. Walsh said.

"We believe they were the people responsible for the murder.

"They are linked to the Mongols.

"Echo Taskforce are interviewing the third person on a range of drug and fire arms matters." 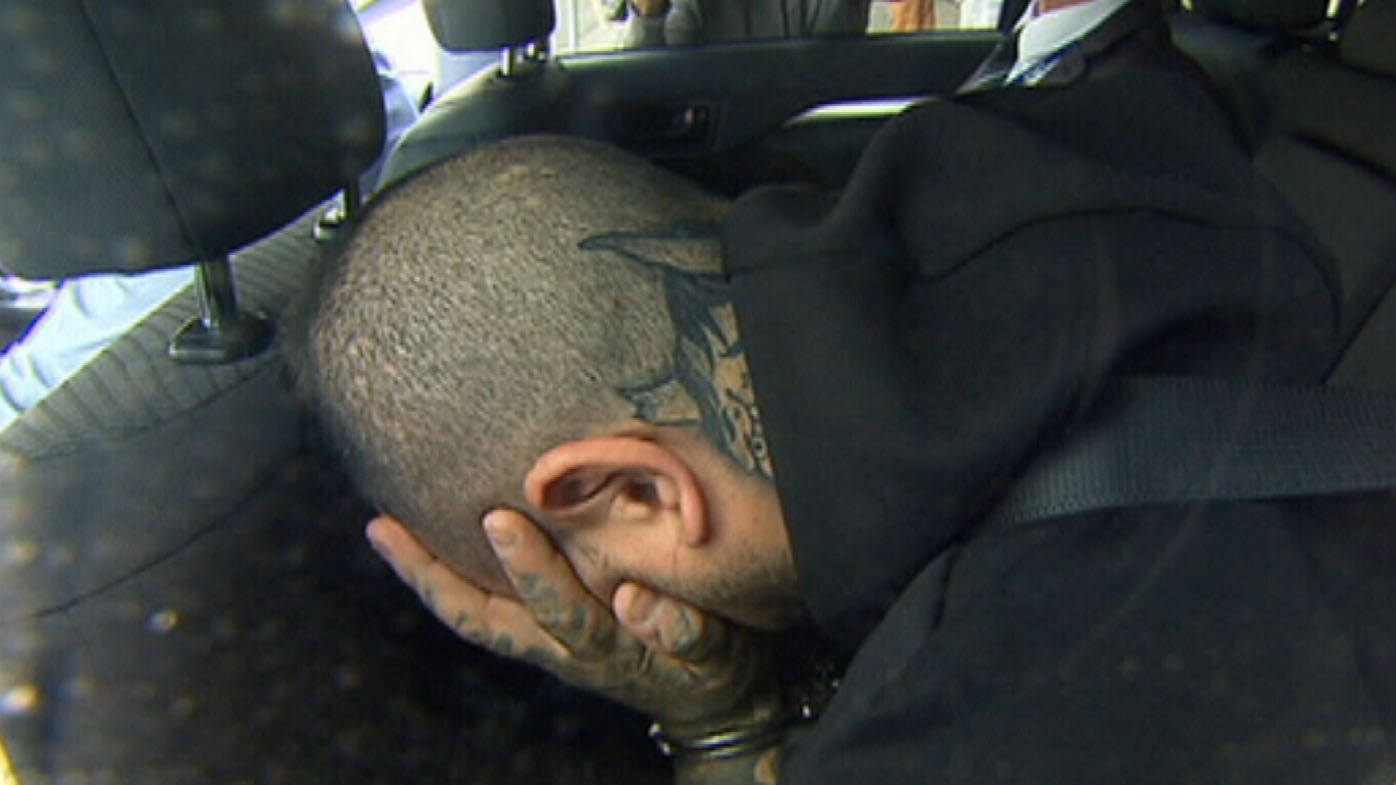 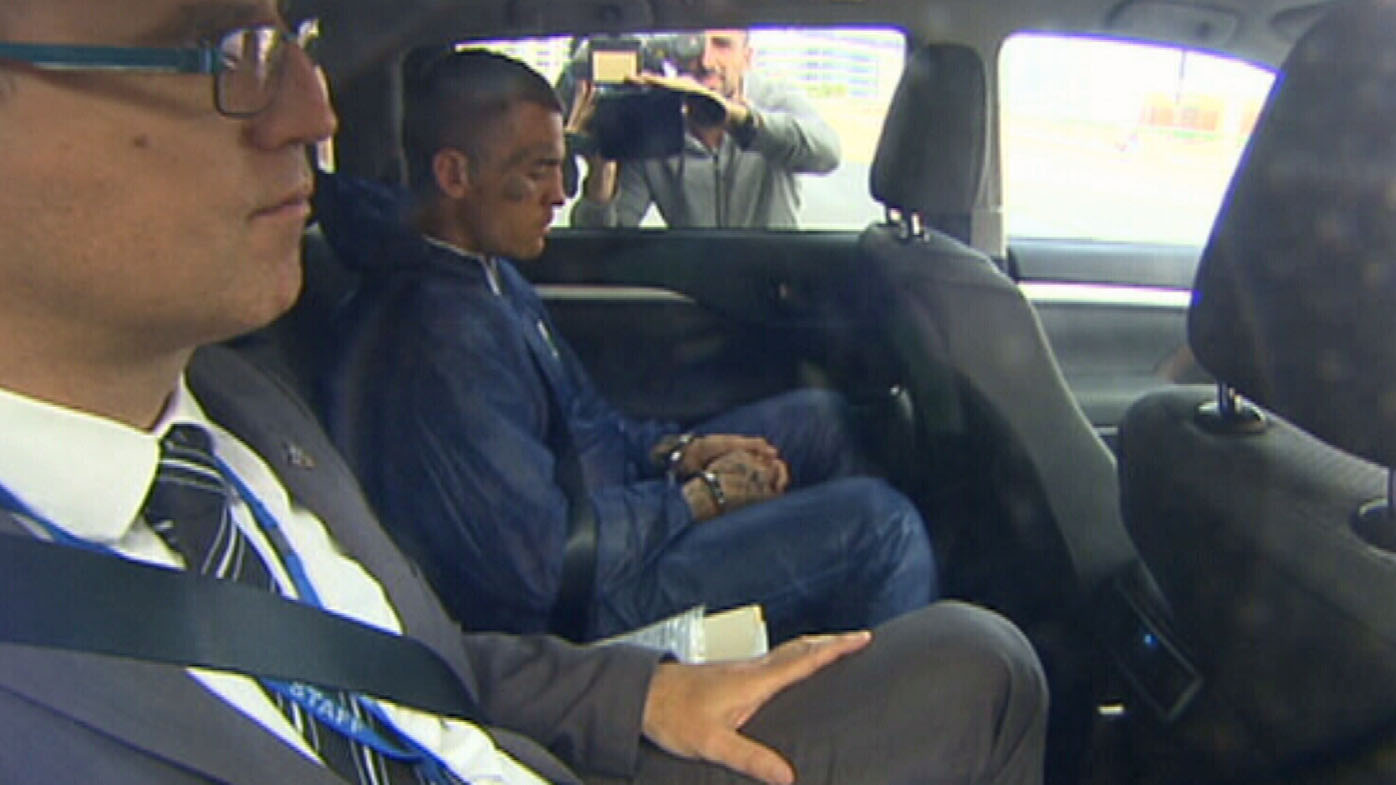 Officers executed 12 warrants at commercial and residential properties including clubhouses of the Mongols outlaw motor cycle gang about 5am today, as well as at two storage facilities.

Mongols clubhouses in Ferntree Gully and Port Melbourne were raided, as well as a South Melbourne tattoo parlour co-owned by former Richmond Football Club player Jake King, who was seen speaking to police.

Mr Virgona, 46, was found dead in his bullet-riddled van on the Eastlink Freeway at Donvale in the early hours of November 9 last year.

Police said searches of the properties will be ongoing throughout the day but they have already seized a number of guns and drugs.

"We have located six firearms, some powders believed to be drugs, and a boat," Asst Comm. Walsh said.

"Those items will become subjects of forensic analysis."

A trailer has also been seized from the Ferntree Gully clubhouse. 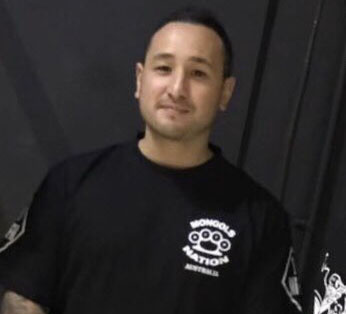 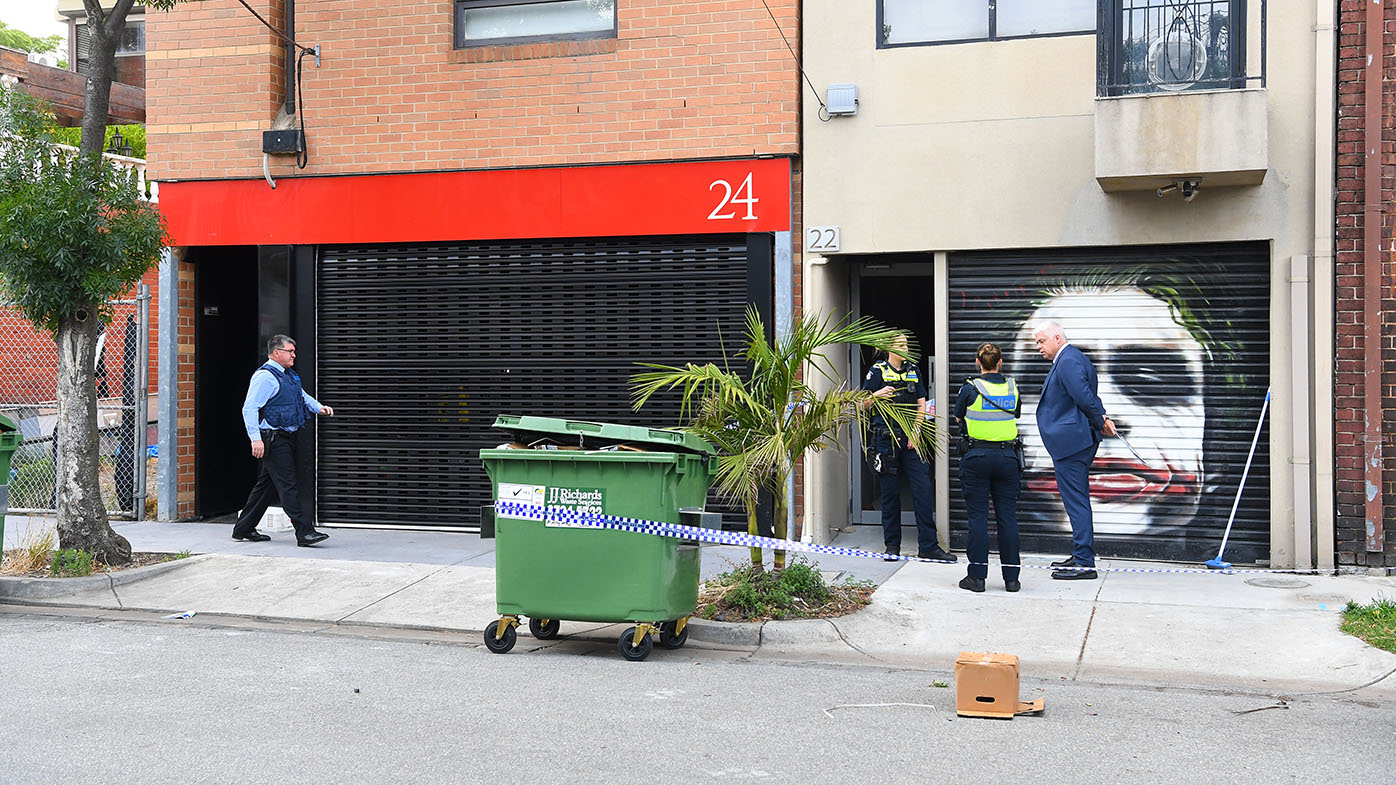 Mr Virgona has been remembered by family and friends as a hardworking family man who was actively involved in his community.

The father was excited to start a new role as a local footy coach at the Croydon Football and Netball Club this season.

Mr Virgona's 17-year-old son Luca, accompanied by his mother Antonietta, pleaded for justice in a heartfelt speech at a press conference earlier this month.

"My greatest role model in life is now gone and we are left to pick up the pieces of our broken family," he said.

"Help us find some sense of justice in a situation where there is none."

Since then detectives have focused on a Mercedes which followed the victim from his property and was then set alight at Mooroolbark in east Melbourne.

Police released images of a distinctive Nike top, believed to have been dropped by one of the suspects. 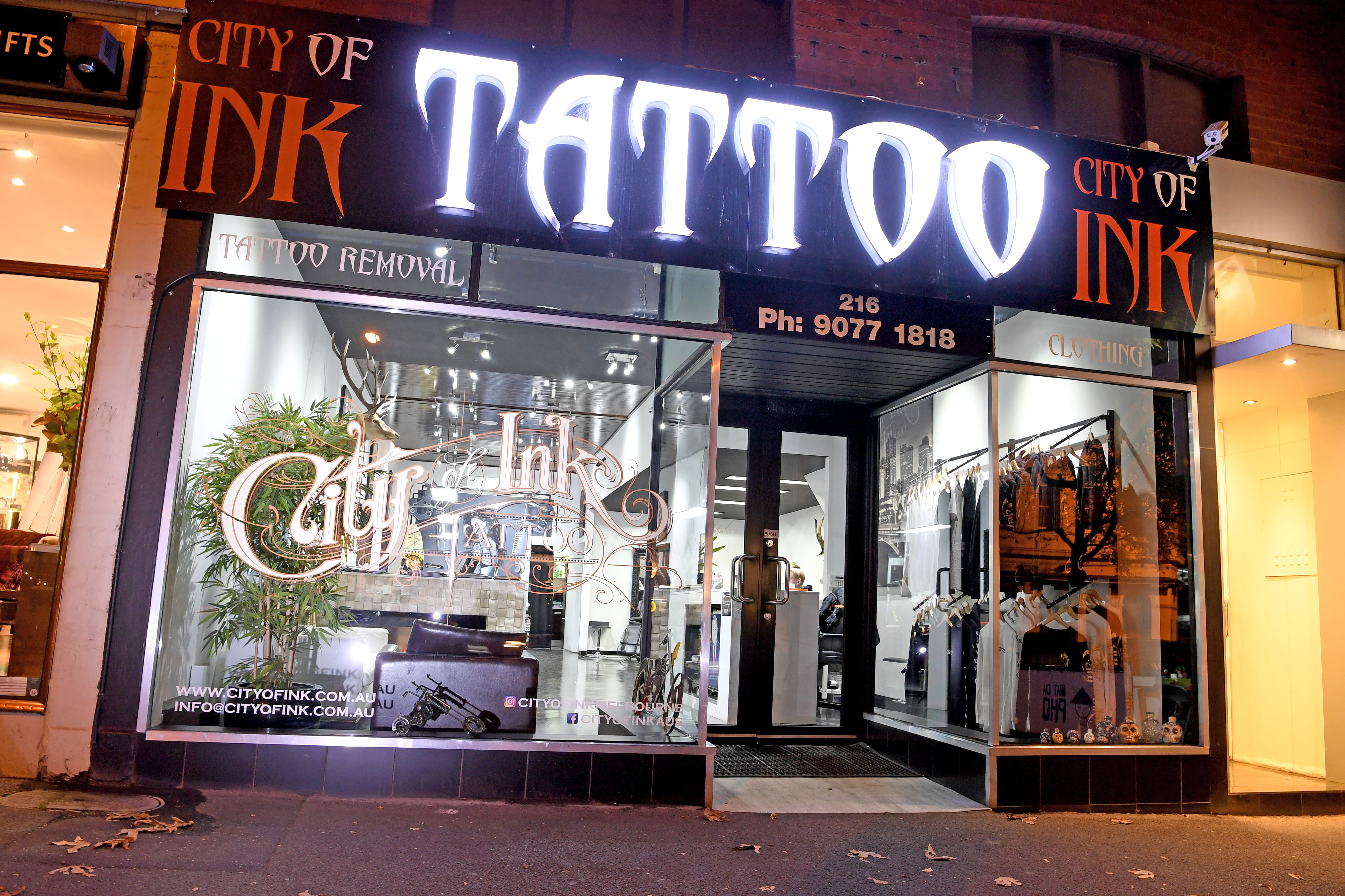 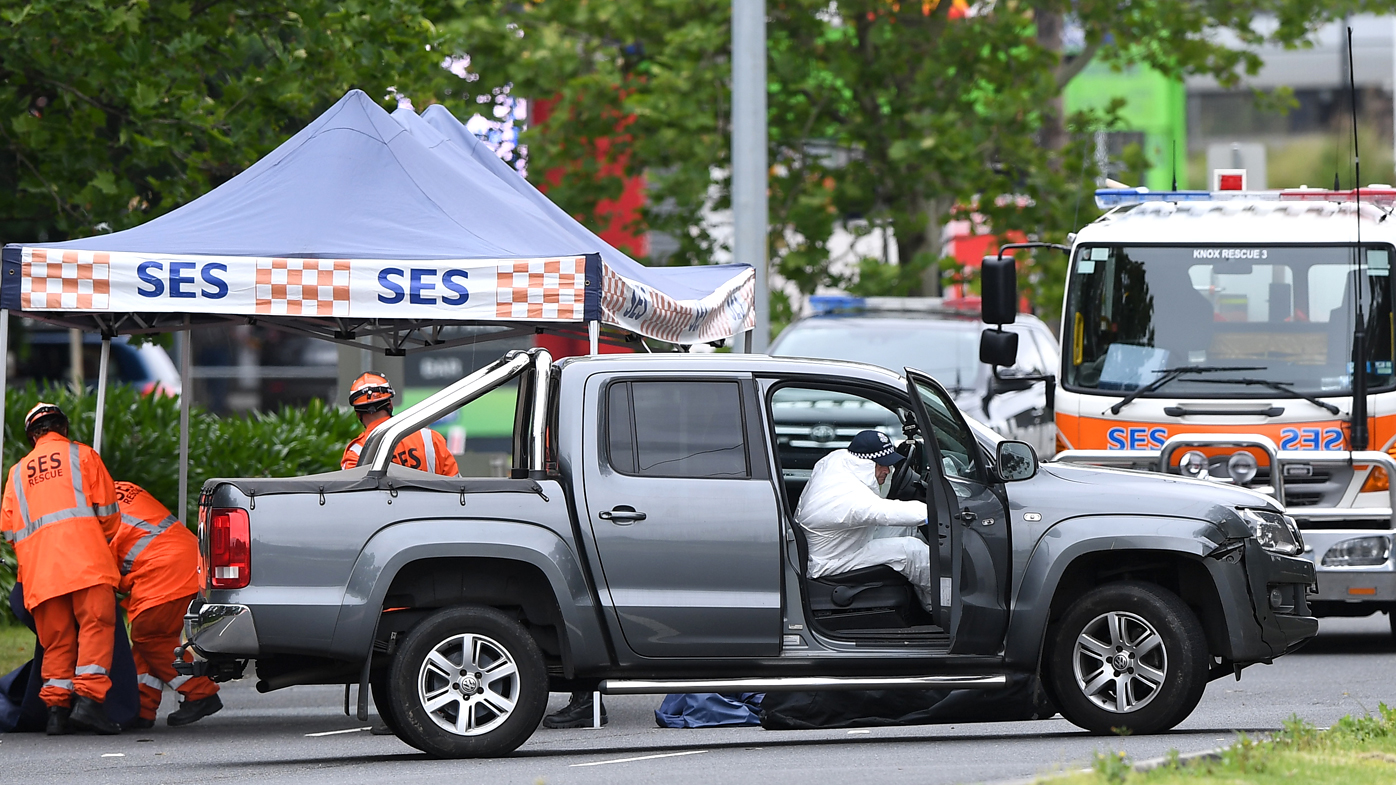 9News has been told the fatal shooting of Mr Virgona could have been a case of mistaken identity.

"Mr Virgona has no criminal associates and there's nothing in his background that would suggest that anything he or his family have done, have been a part of the reason why he's been the victim of this heinous crime," she said.

"Those involved in ongoing criminal activity whether OMCG or another organised crime group, whether you're involved in drug trafficking, intimidation, violence, you will become the focus of Victoria Police investigations."