Scott Morrison said his government is sticking with a wage freeze for all Commonwealth public servants for at least six months.

Prime Minister Scott Morrison and his Cabinet will not reconsider taking temporary pay cuts in a bid to assist the Australian economy through the coronavirus pandemic.

Instead, a national wage freeze for all Commonwealth public servants for at least six months will stay in place, Mr Morrison confirmed during an address to the National Press Club today.

READ MORE: Australian economy faces big challenge to get out of ICU 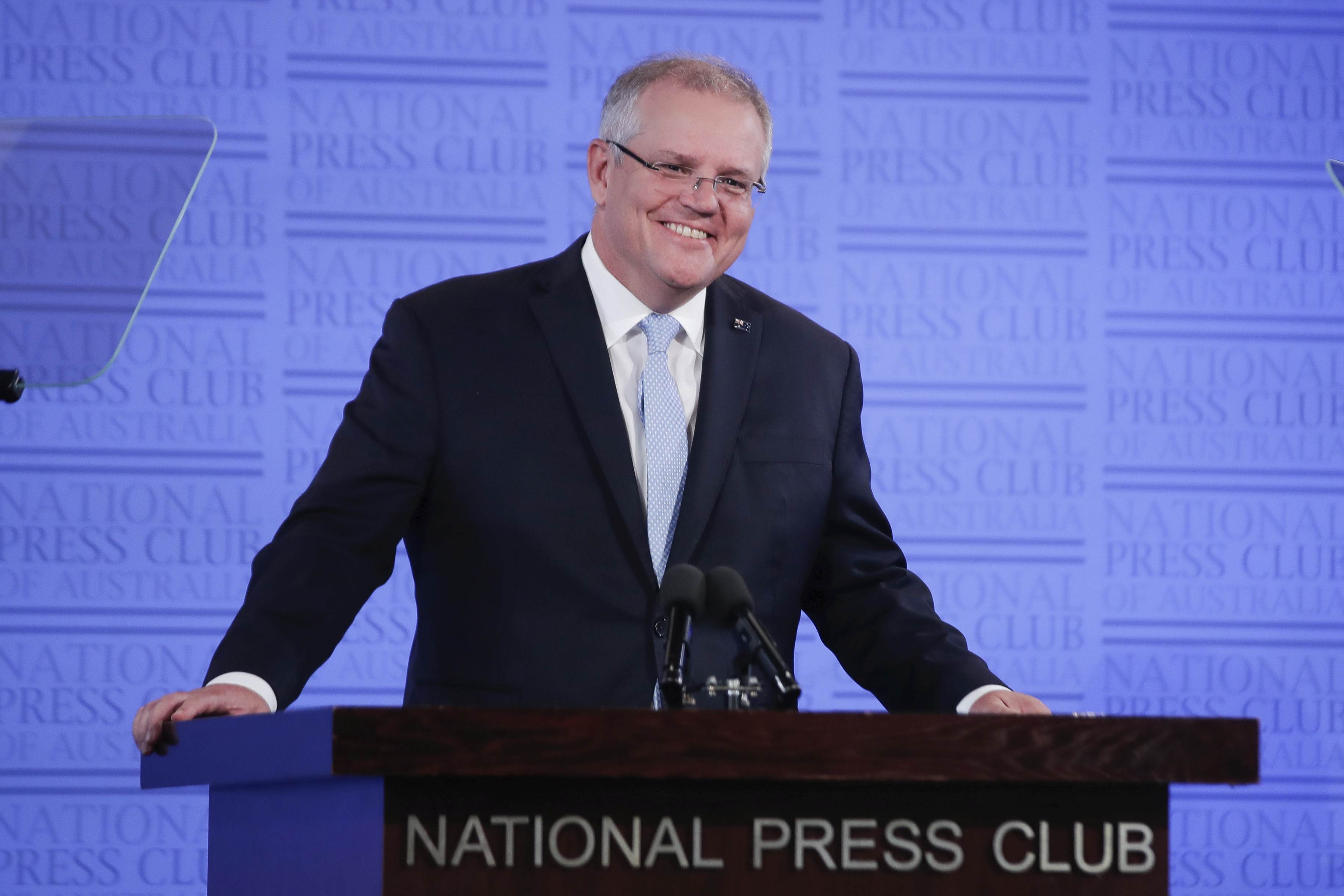 "I have no plans to make any changes to those arrangements," the Prime Minister said when asked if he would take a pay cut.

"We're not singling anyone out when it comes to those issues. I'll just keep doing a good job – that's my plan and I'll be accountable to Australian for that job."

It comes a month after New Zealand Prime Minister Jacinda Ardern announced all ministers and public service chiefs in her government – including herself – would take a 20 per cent pay cut for six months in a show of leadership and national solidarity.

Mr Morrison is among the top five highest-paid national political leaders in the world, including US President Donald Trump and Hong Kong's Chief Executive Carrie Lam. The Prime Minister's refusal to reconsider a reduction to his salary came during the same address in which he warned Australians will need to retrain themselves to live and work in a post-pandemic world, as he unveiled his government's JobMaker plan.

He said the government must live within its means, "so we don't impose impossible debt burdens on future generations".

Under Mr Morrison's plan, funding would be more closely linked to skill gaps based on what businesses need.

Industry will be given greater power to shape training, with pilot schemes across human services, digital technologies and mining used as examples for other sectors.

Mr Morrison flagged changes to the funding model which sees $1.5 billion of federal cash flow to state governments annually for skills and training.