Mr Morrison's appearance followed the US's headline pledge to reduce 2005 emissions by up to 52 per cent by 2030 and President Joe Biden's call for other countries to act more strongly.

The Prime Minister's speech also came after Canada increased its commitment to a 40 to 50 per cent cut from 2005 emissions by 2030, Brazil's pledge of climate neutrality by 2050, and others. 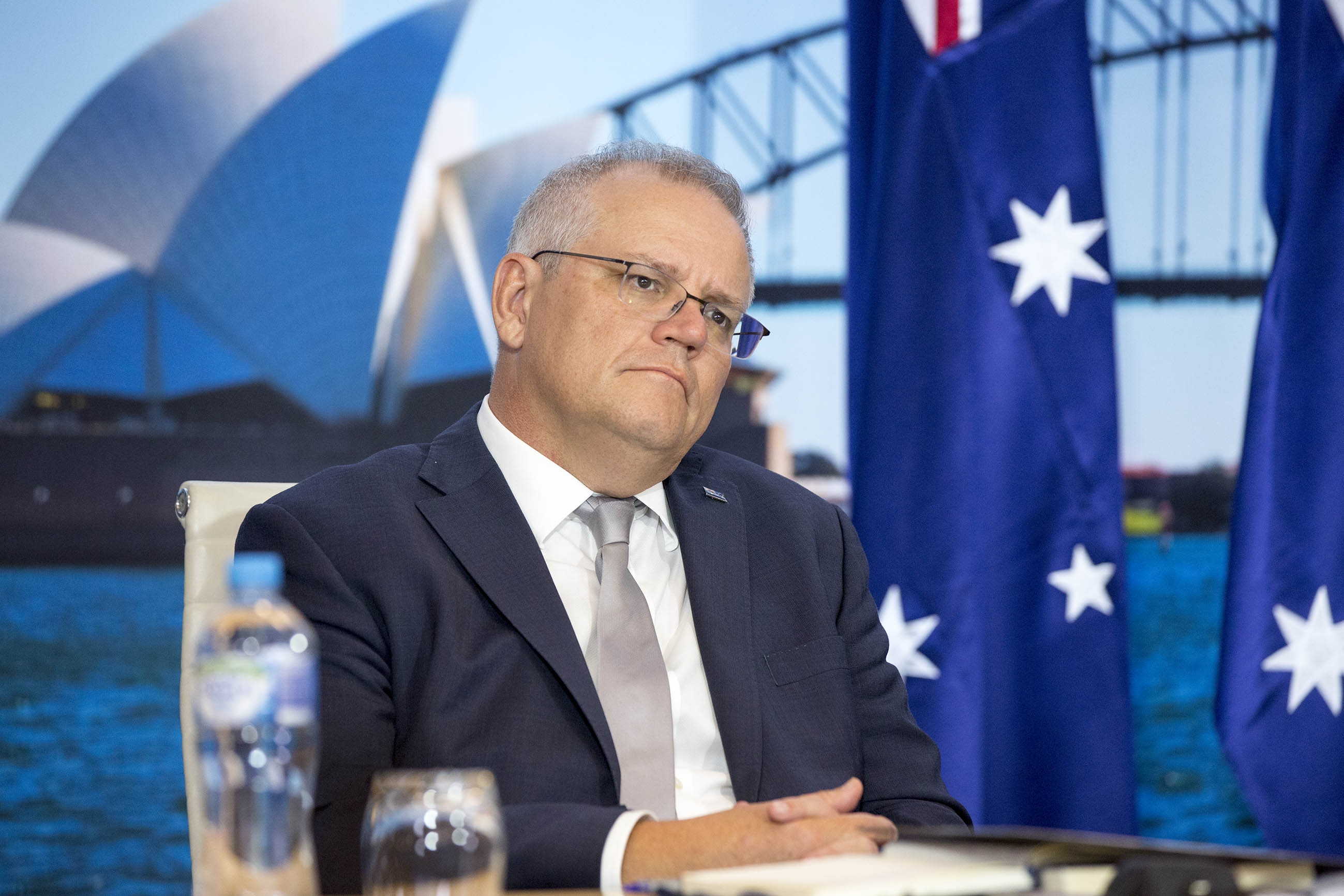 Australia's current target is to cut emissions by 26 to 28 per cent below 2005 levels by 2030, a goal reportedly described as "insufficient" by the Biden administration on Thursday.

In a short speech, the start of which was impacted by audio issues, Mr Morrison said Australia would "update our long term emissions reduction strategy" later in the year. But he again avoided putting a timeframe on the nation's "pathway to net-zero" or pledge deeper emissions cuts by 2030.

"Our goal is to get there as soon as we possibly can, through technology that enables and transforms our industries, not taxes that eliminate them, and the jobs and livelihoods they support and create, especially in our regions," he said, speaking close to midnight AEST.

"For Australia, it is not a question of if, or even by when for net-zero, but importantly how."

Mr Morrison insisted Australia was on its way to meeting its Paris commitments, plugged the nation's world-leading rooftop solar uptake, and pushed a technology- and industry-led approach to combating climate change.

READ:  Woman clinging to life after falling from 'Showfest' amusement ride in Cairns

"In Australia, our journey to net-zero is being led by world-class pioneering Australian companies like Fortescue, led by Dr Andrew Forrest, Visy, BHP, Rio Tinto, AGL and so many more of all sizes," he said.

"It has also been pioneered by agricultural and marine sectors through soil science and sustainable fisheries. "

Mr Morrison spoke of wanting to produce the "cheapest clean hydrogen in the world" for $2/kg before directly addressing Mr Biden to compare Silicon Valley with Australia's planned "hydrogen valleys".

The UN Secretary-General had earlier called for a price on carbon, an end to subsidies for fossil fuel, and the phasing out of coal by 2030 in the wealthiest countries and 2040 everywhere else.

Mr Biden said the US couldn't act alone and called for all countries to act at "a moment of peril but a moment of opportunity."

"No nation can solve this crisis on our own, as I know you all fully understand," he said.

"All of us, all of us and particularly those of us who represent the world's largest economies, we have to step up."

Nine newspapers reported that senior Biden administration officials said Australia could not rely solely on technology to get to net zero emissions by 2050.

"At the moment I think our colleagues in Australia recognise there is going to have to be a shift," the senior official, speaking on condition of anonymity, reportedly said during a briefing call.

"It's insufficient to follow the existing trajectory and hope that they will be on a course to deep decarbonisation and getting to net zero emissions by mid-century."

Earlier this week, Mr Morrison pledged more than $1 billion towards hubs for carbon capture and hydrogen technologies and a plan to drive foreign investment in Australian climate tech projects.

"You can always be sure that the commitments Australia makes to reduce greenhouse gas emissions are bankable," he said. 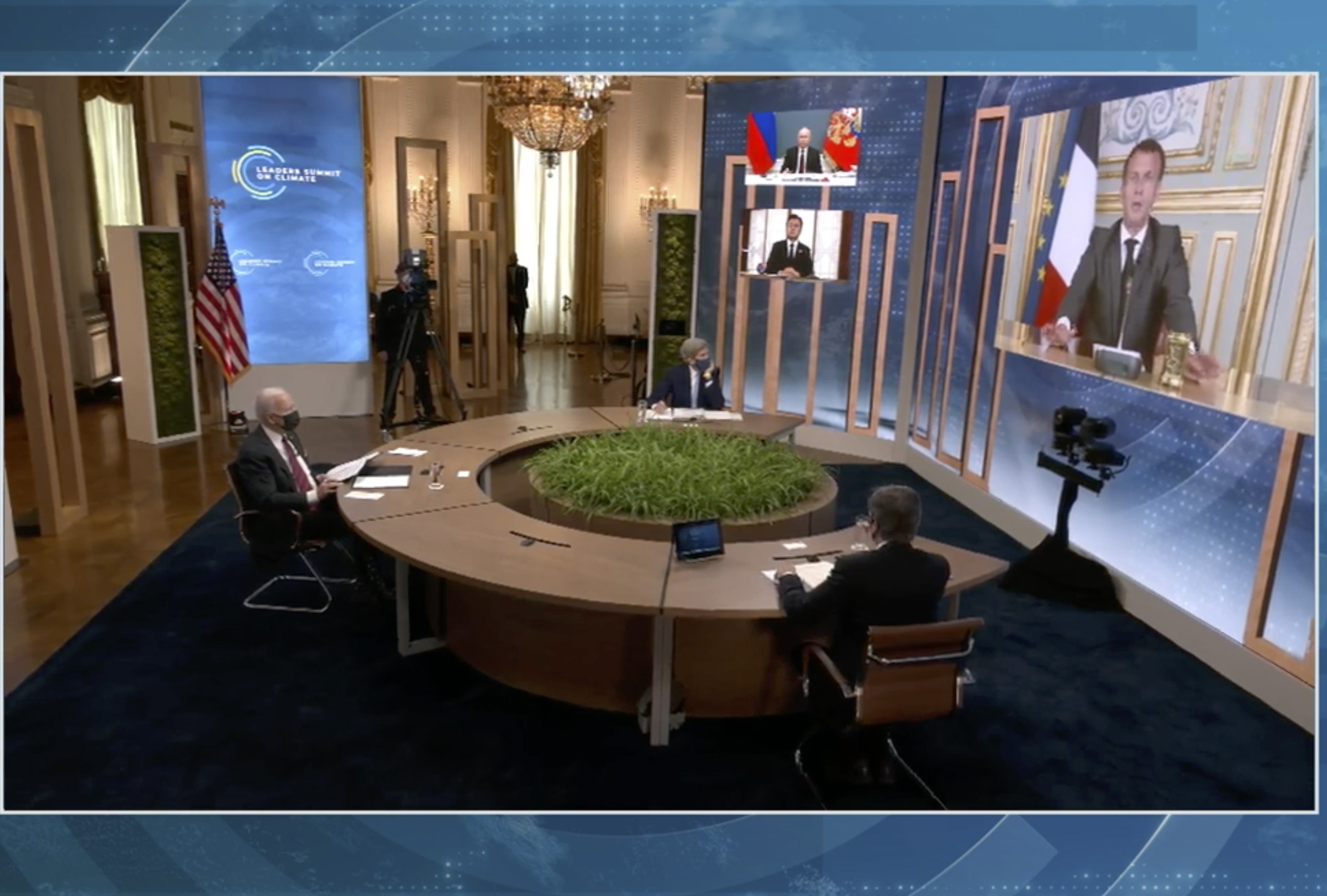 "Future generations, my colleagues and excellencies, will thank us not for what we have promised, but what we deliver.

"And on that score, Australia can always be relied upon."