People should use “common sense” when using public transport, Scott Morrison said, but said the situation in NSW was “different” to Victoria.

Prime Minister Scott Morrison says he wore a mask during a visit to the optometrist recently as calls grow for the wearing of face coverings to be mandatory in NSW.

When asked by 2GB's Ben Fordham whether he had a mask, the PM said "yeah I do".

"I wore it at the optometrist the other day," Mr Morrison said. 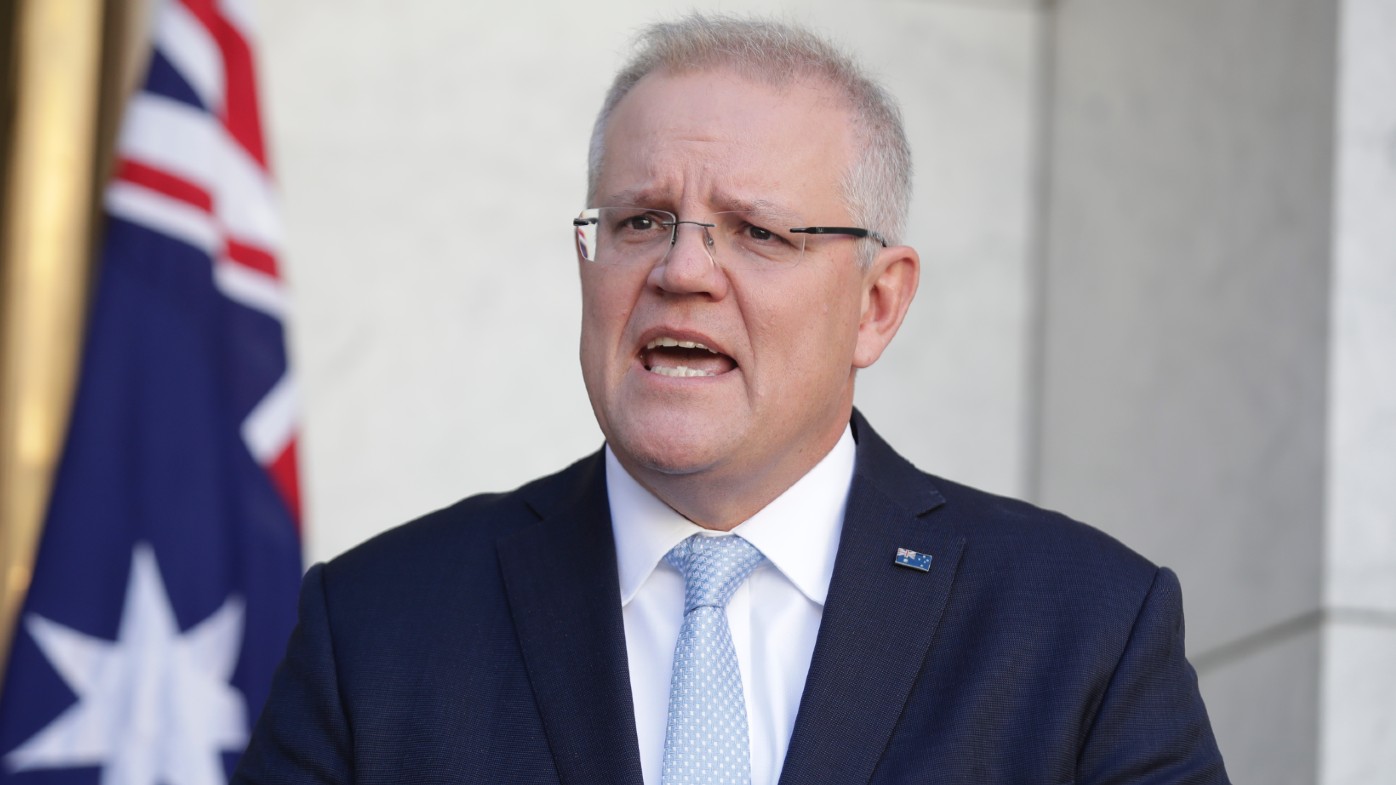 When asked whether he would start wearing it in public like US President Donald Trump recently did, he said: "It's the medical advice wherever I am and I'm required to submit to so of course I would".

Mr Morrison said he liked the idea of people in NSW wearing masks on public transport.

"The approach is for people to exercise that common sense," he said.

This is an informal online opinion poll based on responses from the nine.com.au audience and is not scientific. They do not reflect the views of a representative sample but views of site visitors.

The PM also defended the government's newly-announced changes to the JobKeeper and JobSeeker schemes, saying those who make claims must be deserving of the handouts.

Mr Morrison said the eligibility criteria will be tightened for good reason.

"From the 4th of August you can't knock back a job offer to you through the system and then expect to get JobSeeker," Mr Morrison said.

The PM said the change was partly based on hopes the economy would be faring better by 2021.

"It's based on the assessment that you can't keep burning $11 billion of cash every month at those higher rates and you've got to start weaning the Australian economy off these income supports and that means we are phasing them back, we are tapering them down," Mr Morrison said.

"We always said these were temporary payments."

Tomorrow the government is expected to give a budget update.

Mr Morrison said the announcement won't be a "mini-budget", but rather a "reconciliation of all the commitments that have been made".

"No-one should expect any new announcements tomorrow," he said.