With some of Australia’s funniest comedians on the line-up across four hilarious shows, Civic Theatre is set to become Newcastle’s new home of comedy. The Civic will deliver plenty of laughs in coming months including two of the country’s favourite comedy convoys – Melbourne International Comedy Festival Roadshow (11-12 June), and the Sydney Comedy Festival … END_OF_DOCUMENT_TOKEN_TO_BE_REPLACED

With some of Australia’s funniest comedians on the line-up across four hilarious shows, Civic Theatre is set to become Newcastle’s new home of comedy.

The Civic will deliver plenty of laughs in coming months including two of the country’s favourite comedy convoys – Melbourne International Comedy Festival Roadshow (11-12 June), and the Sydney Comedy Festival Showcase (1 October) – which bring some of the hottest acts from their respective festivals to regional locations across Australia. 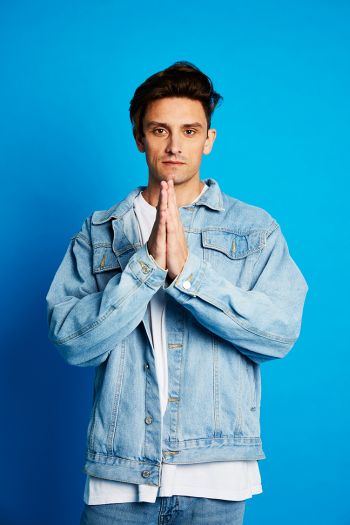 Taree comedian and The Block favourite Andy Saunders will saunter into town for the Melbourne Roadshow alongside regular Triple J guest and The Project correspondent Sam Taunton, with more top-class comedians still to be added to the bill.

The Civic Comedy Club (25 June and 23 July) will provide another outlet for home-grown humour in the style of New York’s famed Comedy Cellar, where you never know just who will turn up for an unexpected night of hilarity.

Moving to its new permanent location in the Banquet Room City Hall, the Civic Comedy Club still gives you cabaret-style dining, drinks brought to your table and the intimate type of entertainment that makes for a perfect night out. This local initiative re-opened the Civic Theatre immediately following COVID-19 restrictions in 2020, and then returned for a one-off show as part of the New Annual festival, and has proved hugely popular.

The Civic Comedy Club is presented in conjunction with Big Dog Comedy, wrapping up a busy couple of months for the local comedy show organisers after the return of their Newcastle Comedy Festival Gala to Civic Theatre on May 28.

City of Newcastle has provided support for the Newcastle Comedy Festival through its Event Sponsorship Program.

“The Civic Comedy Club was one of the first shows on stage when the Civic Theatre was able to re-open its doors to the public last year following months of COVID-19 lockdowns and restrictions,” Cr Clausen said.

“Through the popularity of the Newcastle Comedy Festival, the Civic Comedy Club and a wide range of regular touring acts to the Civic Theatre and surrounding venues, City of Newcastle is fast becoming an iconic stop on the national comedy touring circuit.

“By enabling gigs at iconic local venues like City Hall, and sponsoring comedy events through our grants and sponsorship programs, City of Newcastle is proud to be strongly supporting our local comedy scene, which adds another dimension to our diverse Newcastle after dark economy.”

Civic Theatre Manager Leonie Wallace said moving our own Civic Comedy Club to a permanent home is designed to deliver a perfect blend of food and entertainment within the Civic precinct.

“The Civic Comedy Club at City Hall rounds out our annual program of first-class comedy offerings on the Civic Theatre main stage, sitting nicely alongside our subscription season comedy blockbusters, the Melbourne and Sydney Comedy Festival showcases, the Newcastle Comedy Festival, and national comedy treasures such as Carl Barron. This means that if you love comedy, we really do have something for everyone!” Ms Wallace said.

“We’re looking forward to seeing these shows bring another of the Civic precinct’s landmark buildings to life with the move to the more intimate space of the Banquet Room. With access via a rear laneway off Wheeler Place, and the room staged to take on the vibe of Manhattan’s popular Comedy Cellar, the Civic Comedy Club will give Novocastrians the chance to experience the ambience and unpredictability of the stand-up clubs you find in New York, Los Angeles or Melbourne.”

Visit civictheatrenewcastle.com.au to book tickets and keep up-to-date with the latest line-up announcements for the upcoming comedy shows. Bookings for the subscription season shows are already open, while tickets for the Civic Comedy Club will go on sale to the general public on 13 April.