A photo of Magnum, a dog who was once famous in the Clutha region, helped track down the owner of a phone which was found at the bottom of the country’s highest volume river.

A photo of Magnum, a dog who was once famous in the Clutha region, helped track down the owner of a phone which was found at the bottom of the country's highest volume river.

Dr Rebecca Kinaston​ and Graham Johnson​ from Dunedin were floating down Clutha River in April in search of fishing lures, rubbish and to watch trout. Johnson, a welder and fabricator from GJ Welding, dived to the bottom and spotted something out of place – a yellow dry bag with an iPhone inside.

"This is the creme de la creme of our finds," said Kinaston, a bioarchaeologist​ and the owner of BioArch South. "We laughed so hard."

Instead of discarding the phone, the pair, who were visiting family when they found it, tried to revive it in the hope of locating its owner. They soaked it in rice and let it sit for over a month.

On Thursday night, Kinaston dreamt she plugged in the phone, and it worked, so on Friday she decided to give it a try.

"I plugged it in and it actually charged, it turned on." 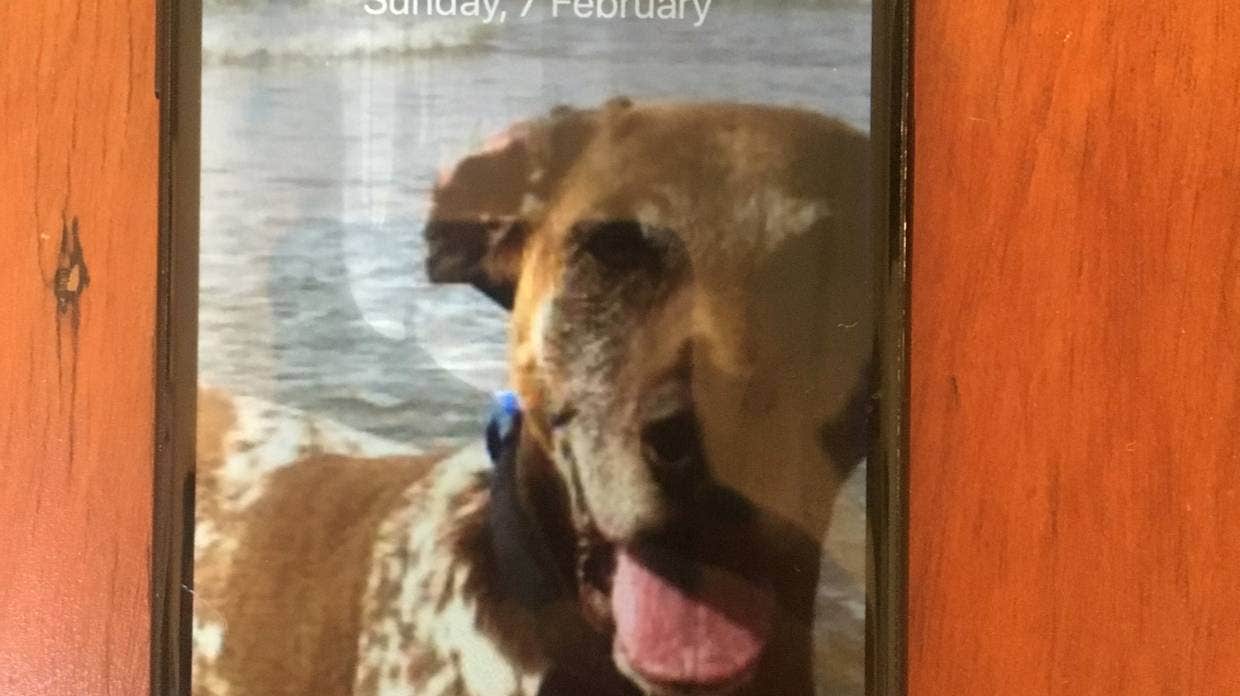 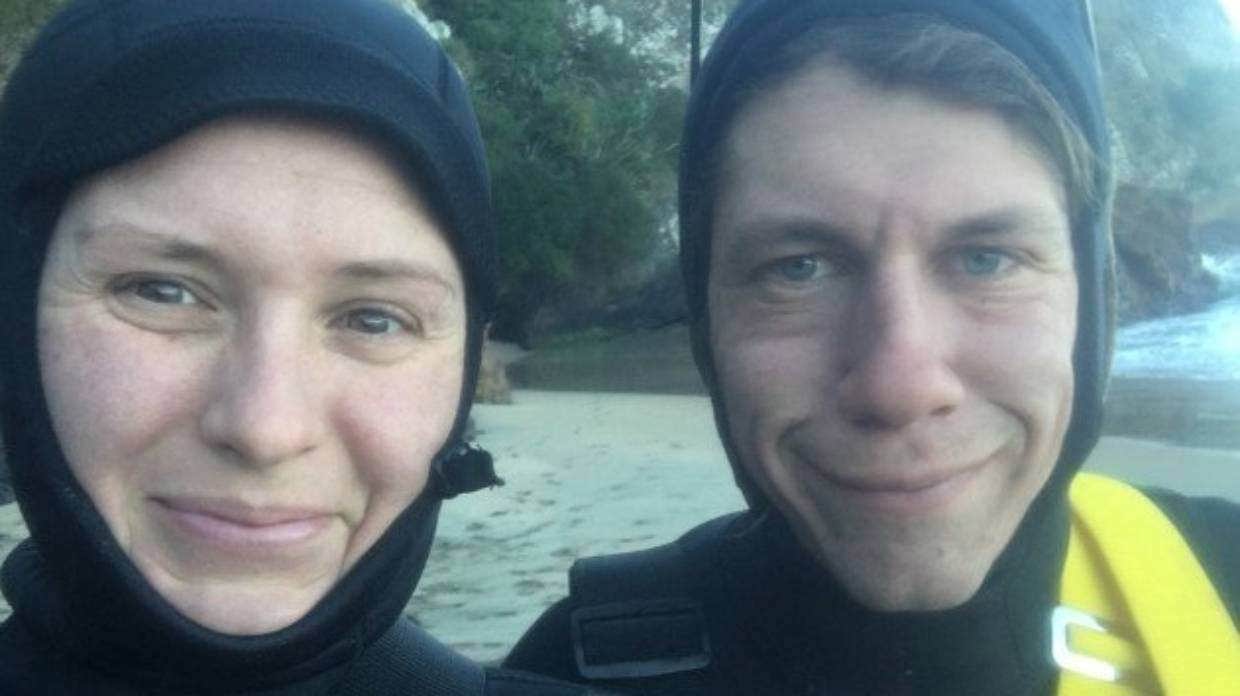 Kinaston was greeted with a photo of a dog and the date February 7. In an attempt to find its owner, she shared a photo of the phone and the story to a Clutha community Facebook page.

"Does anyone recognise the brindle dog with a blue collar and red tag?" she asked.

Luckily, a lot of people recognised the dog. Magnum, a German short-haired pointer, was once a town legend, so a number of Carl Gerrard's​ friends recognised him straight away.

"He was a bit of a legend ... he would cruise the bars and stuff, and hang out with bouncers," Gerrard said.

Without his dog's notoriety, Gerrard would have definitely missed the post. 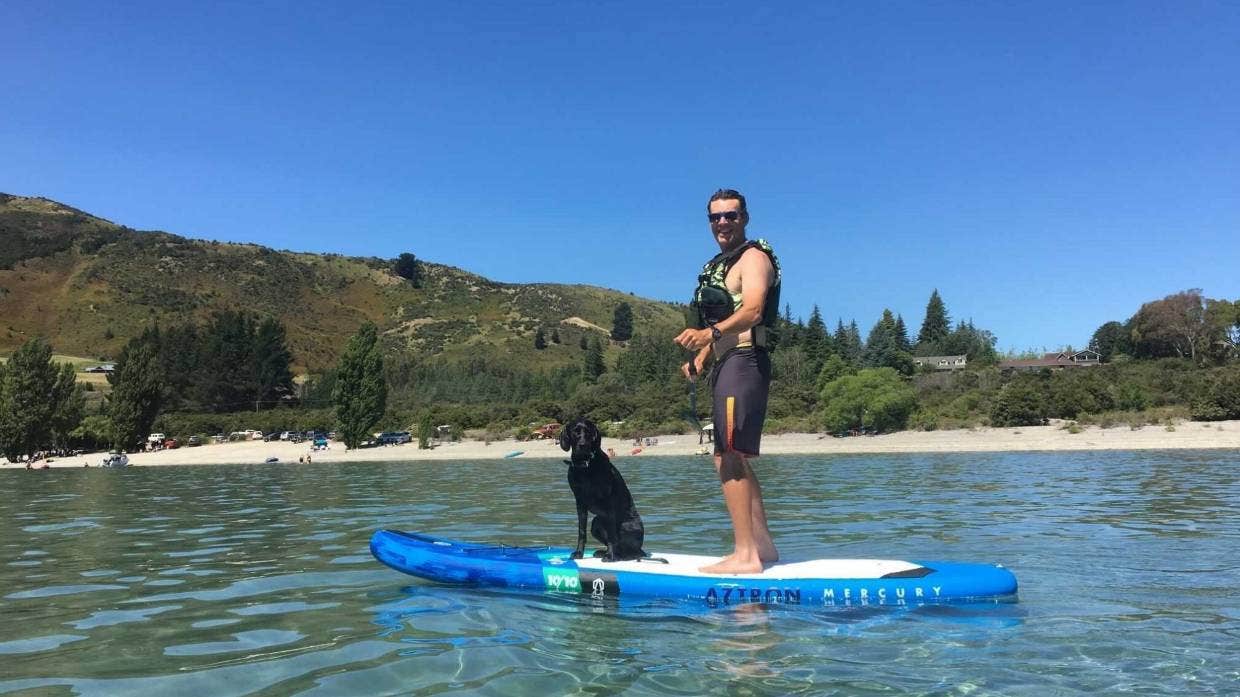 Gerrard lost the phone two months earlier in February, just five minutes into a float down the river with his family. He had it attached to his flotation device with a lanyard, but it got knocked off and settled on the river bed.

While he knew the chances of finding his iPhone were slim, he looked anyway.

"I'm gonna find this sucker," he thought. With the help of two others in snorkels and masks, they searched a few times but always came up empty-handed.

"Statistically the chances of it being found [are] millions and millions to one."

Thankfully, all the phone's contents were backed up, even the photo of Magnum.

Gerrard thought the efforts of Kinaston and Johnson were really sweet, and it was nice that more people got to see his gorgeous dog's face. 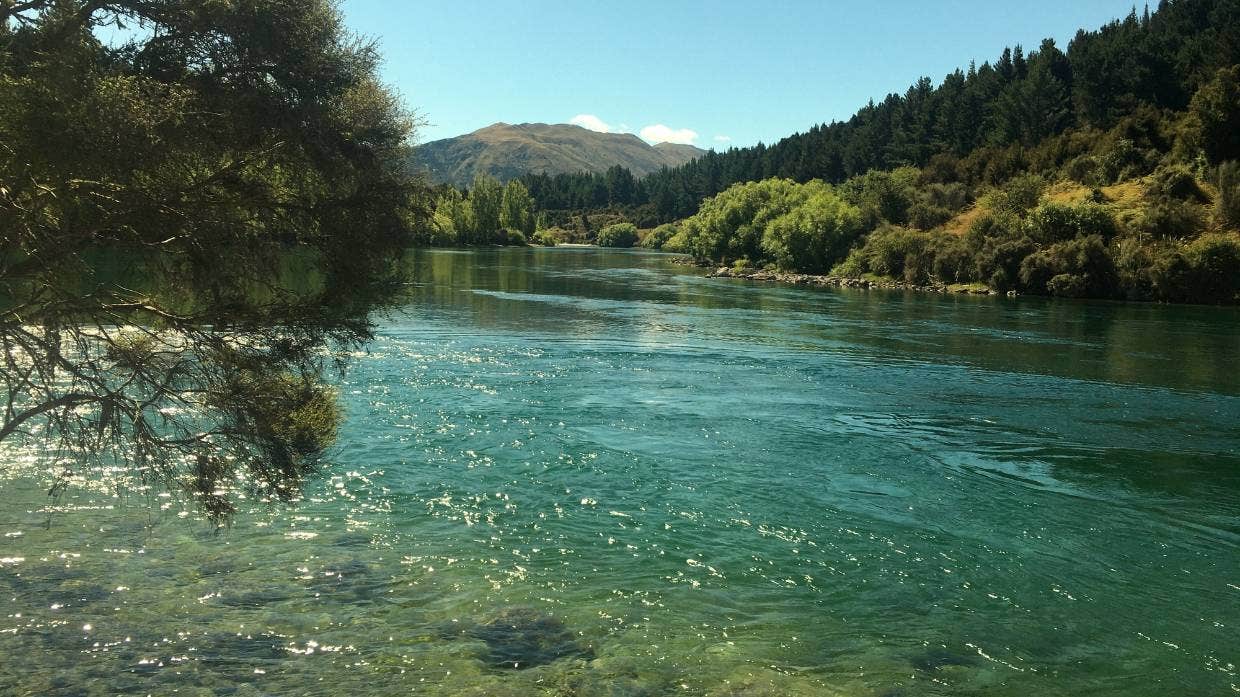 Kinaston, who is planning to post the phone back to Gerrard, was stoked to have found the owner, something she said was a common source of joy for her.

"I love stuff like this, I find it hilarious, I like ... really unexpected things that make people's day."

A number of people told Gerrard to buy a lottery ticket, which he has never done. But he admits, the chances of winning would be similar to the odds of finding his phone in that river.

"[My] wife will go buy a lottery ticket," he laughed.

This article was republished with permission from stuff.co.nz.

The original author is Brittney Deguara.