The Philippine defence chief yesterday demanded more than 200 Chinese vessels he said were manned by militias leave a South China Sea reef claimed by Manila, saying their presence was a “provocative action of militarizing the area.”

The Philippine defence chief has demanded more than 200 Chinese vessels he said were manned by militias leave a South China Sea reef claimed by Manila, saying their presence was a “provocative action of militarising the area”.

“We call on the Chinese to stop this incursion and immediately recall these boats violating our maritime rights and encroaching into our sovereign territory,” Defence Secretary Delfin Lorenzana said in a statement, adding without elaborating that the Philippines would uphold its sovereign rights.

A government watchdog overseeing the disputed region said about 220 Chinese vessels were seen moored at Whitsun Reef, which Beijing also claims, on March 7. 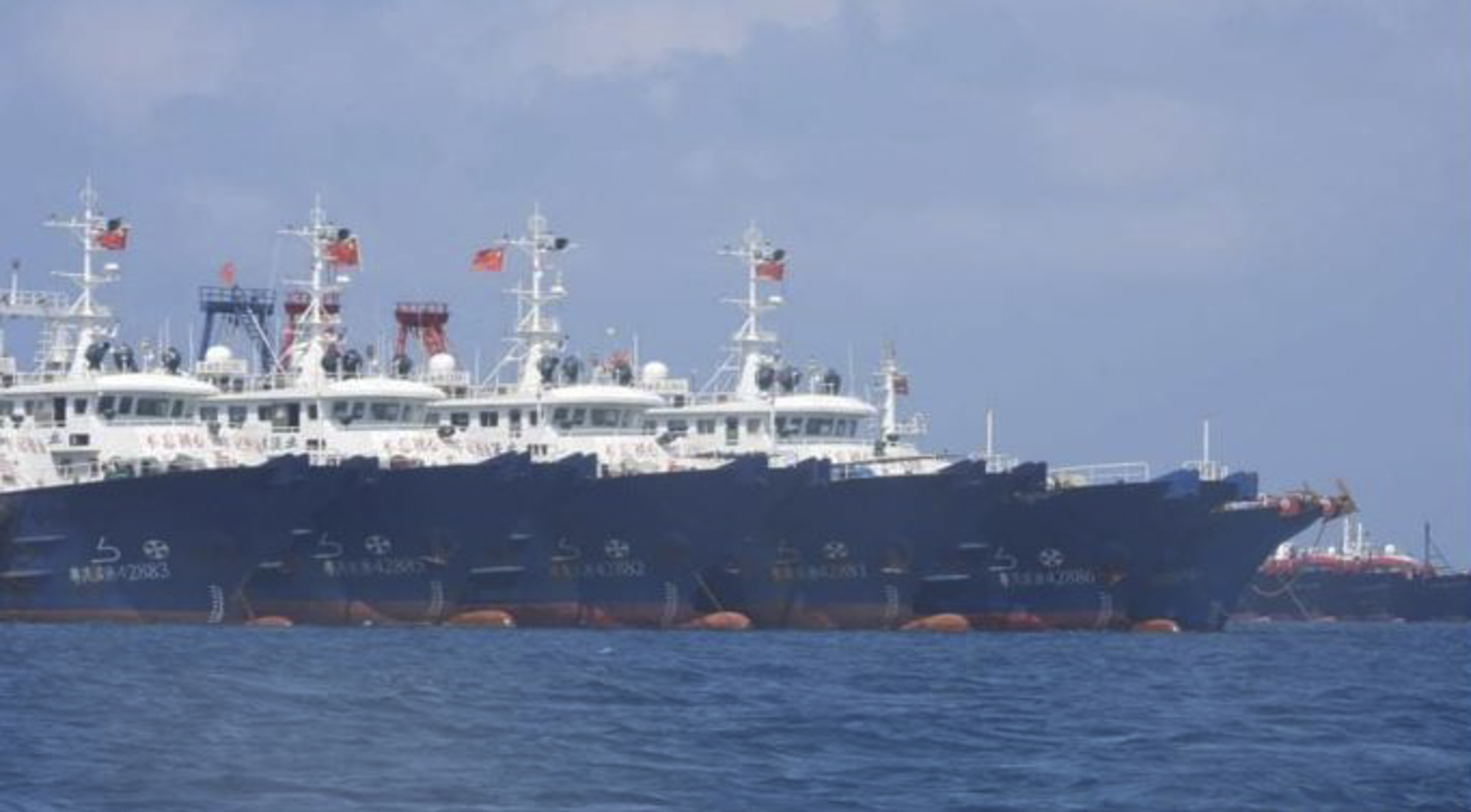 It released pictures of the vessels side by side in one of the most hotly contested areas of the strategic waterway.

The reef, which Manila calls Julian Felipe, is a boomerang-shaped and shallow coral region about 175 nautical miles (324 kilometres) west of Bataraza town in the western Philippine province of Palawan.

It’s well within the country’s exclusive economic zone, over which the Philippines “enjoys the exclusive right to exploit or conserve any resources,” the government watchdog said.

The large numbers of Chinese boats are “a concern due to the possible overfishing and destruction of the marine environment, as well as risks to safety of navigation,” it said, although it added that the vessels were not fishing when sighted.

Chinese fishing fleets have long been suspected of being utilised as maritime militias to help assert Beijing’s territorial claims, although China has played down those claims.

Philippine military chief Lieutenant General Cirilito Sobejana said the military’s “utmost priority remains to be the protection of our citizens in the area, particularly our fishermen, through increased maritime patrols”.

Chinese Embassy officials did not immediately issue any comment. China, the Philippines and four other governments have been locked in a tense territorial standoff over the resource-rich and busy waterway for decades.

Critics have repeatedly called out President Rodrigo Duterte, who has nurtured friendly ties with Beijing since taking office in 2016, for not standing up to China’s aggressive behavior and deciding not to immediately demand Chinese compliance with an international arbitration ruling that invalidated Beijing’s historic claims to virtually the entire sea. China has refused to recognise the 2016 ruling, which it called “a sham,” and continues to defy it. 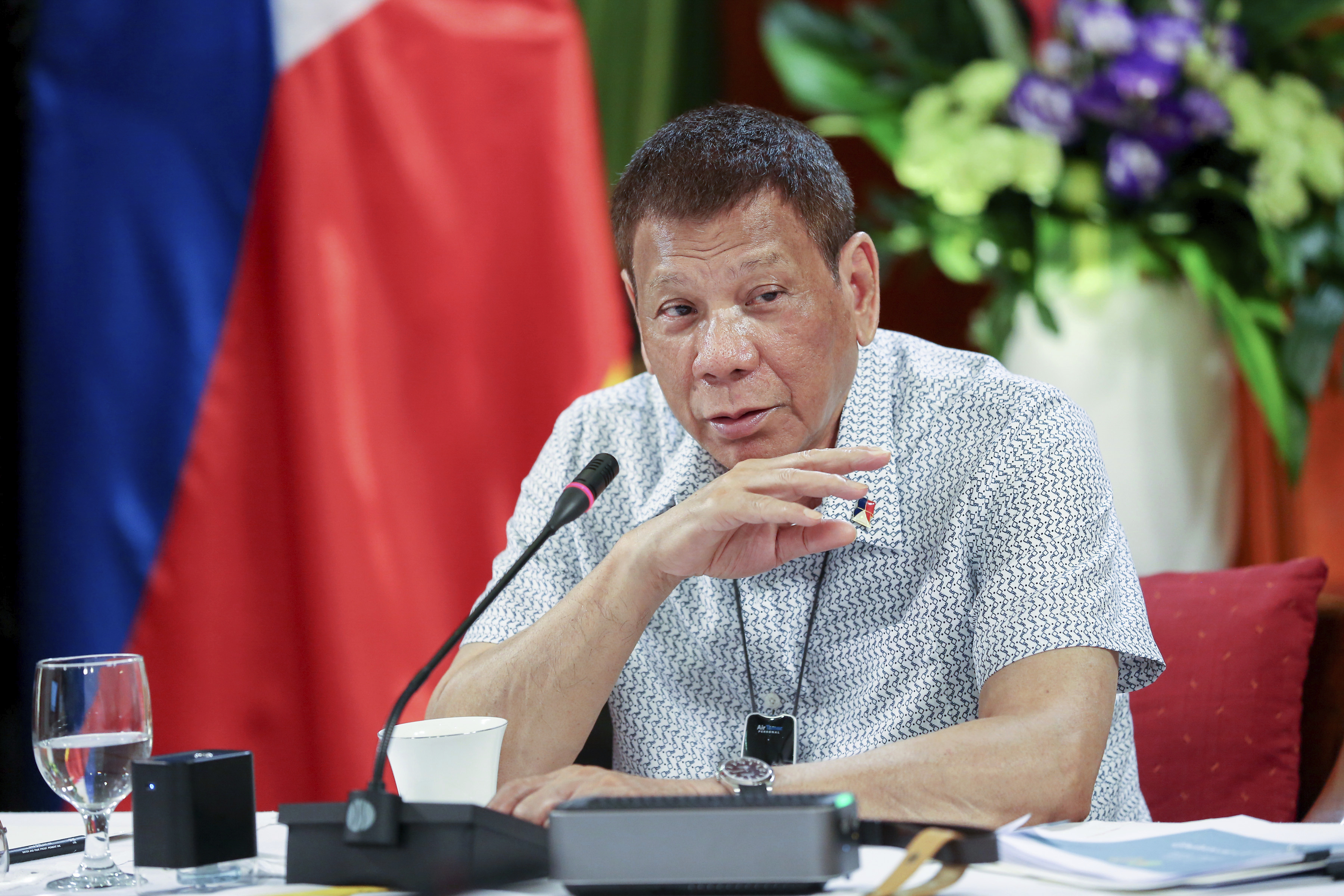 “When Xi says ‘I will fish,’ who can prevent him?” Mr Duterte said two years ago as he defended his nonconfrontational approach, referring to Chinese President Xi Jinping.

“If I send my marines to drive away the Chinese fishermen, I guarantee you not one of them will come home alive,” Mr Duterte said then, adding that diplomatic talks with Beijing allowed the return of Filipinos to disputed fishing grounds where Chinese forces had previously shooed them away.

Mr Duterte has sought infrastructure funds, trade and investments from China, which has also donated and pledged to deliver more COVID-19 vaccines as the Philippines faces an alarming spike in coronavirus infections.