Police have fired pepper spray at Hong Kong protesters who were defying a ban to stage candlelit rallies in memory of China’s 1989 Tiananmen Square democracy crackdown while accusing Beijing authorities of stifling their freedoms too.

Police have fired pepper spray at Hong Kong protesters who were defying a ban to stage candlelit rallies in memory of China's 1989 Tiananmen Square democracy crackdown while accusing Beijing authorities of stifling their freedoms too.

The scuffles broke out in the working-class Mong Kok district when demonstrators tried to set up roadblocks with metal barriers and officers used spray to disperse them, according to Reuters witnesses.

It was the first time there had been unrest during the annual Tiananmen vigil in Hong Kong, which police had banned this year citing the coronavirus crisis.

Several thousand people joined the main rally in Victoria Park, chanting slogans such as "Liberate Hong Kong, revolution of our time" and "Fight for freedom, stand with Hong Kong". 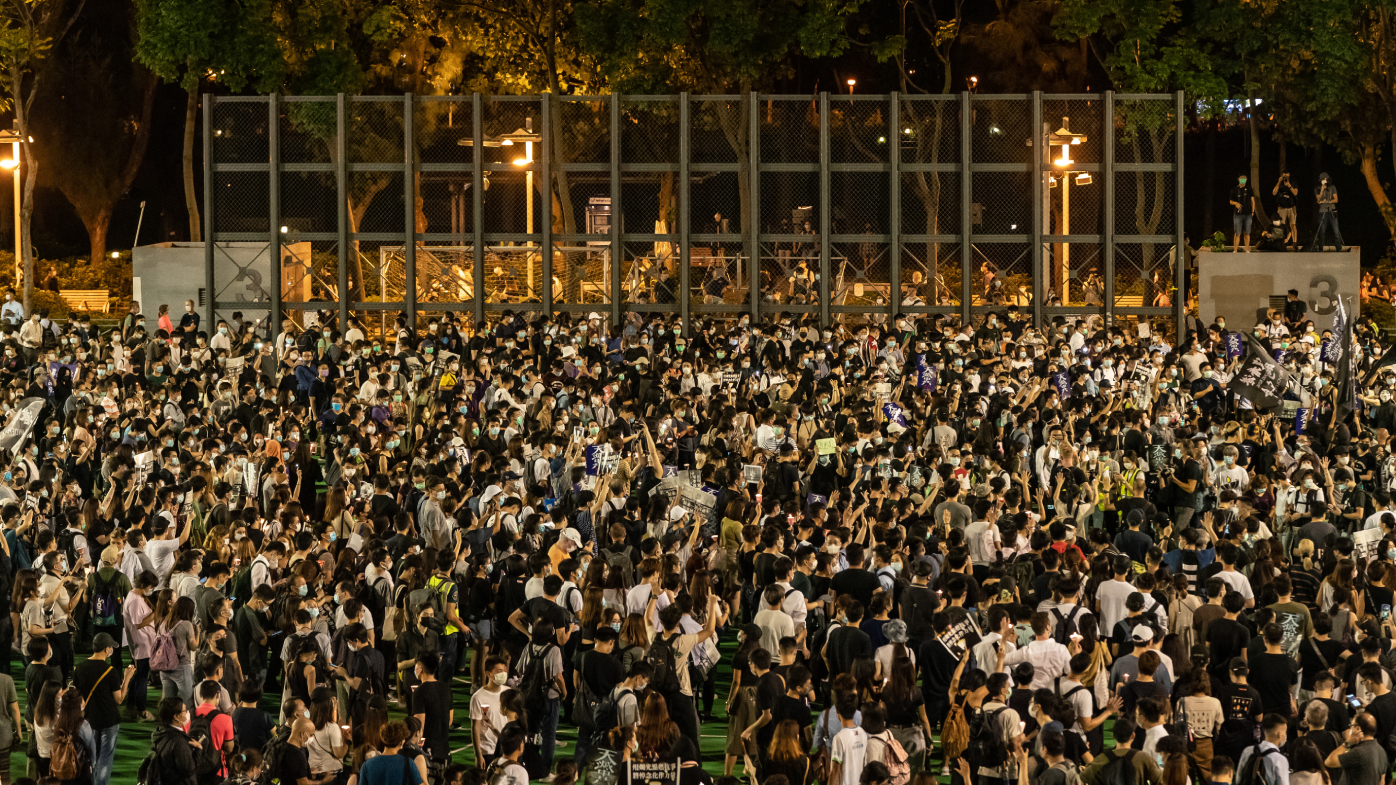 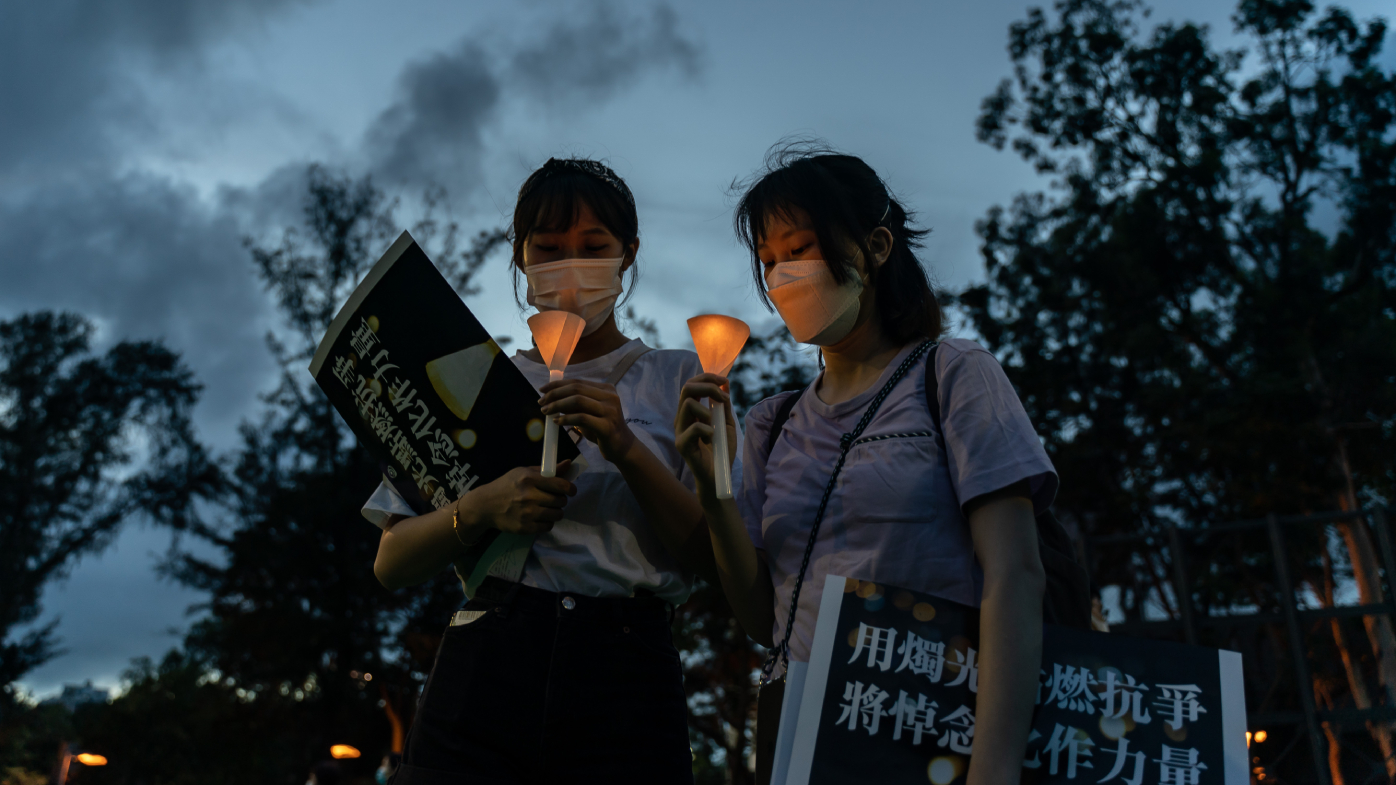 "We are just remembering those who died on June 4, the students who were killed. What have we done wrong? For 30 years we have come here peacefully and reasonably, once it's over it's 'sayonara' (goodbye)," said Kitty, a 70-year-old housewife.

The anniversary has struck an especially sensitive nerve in the former British-ruled city this year after China's move last month to impose national security legislation and the passage of a bill outlawing disrespect of China's national anthem.

It also comes as Chinese media and some Beijing officials voice support for protests in the United States against police brutality.

The Tiananmen crackdown is not officially commemorated in mainland China, where the topic is taboo.

READ MORE: Tiananmen Square massacre: The thing you will never read about in China

In Beijing, security around Tiananmen Square, a popular tourist attraction in the heart of the city, appeared to be tightened, with more police visible than on ordinary days. 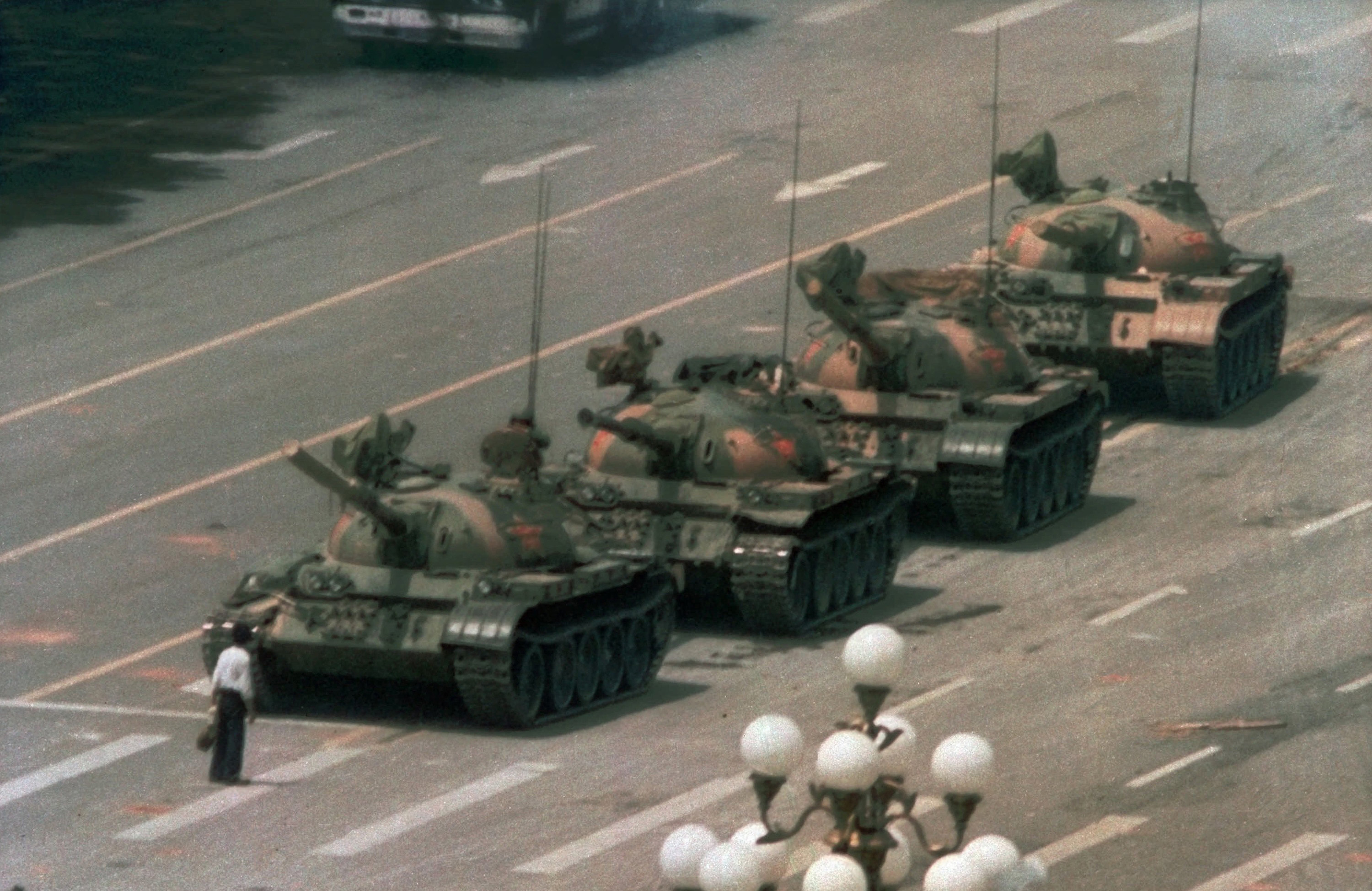 But many took to the streets to light candles and stand for a minute's silence. Seven Catholic churches opened their doors for memorials.

"We are afraid this will be the last time we can have a ceremony but Hong Kongers will always remember what happened on June 4," said Brenda Hui, 24, in Mong Kok, where she and a friend stood with a white battery-illuminated umbrella that read "Never Forget June 4".

The European Union and United States both expressed solidarity with the Hong Kong demonstrators' desire to mark the Tiananmen anniversary. 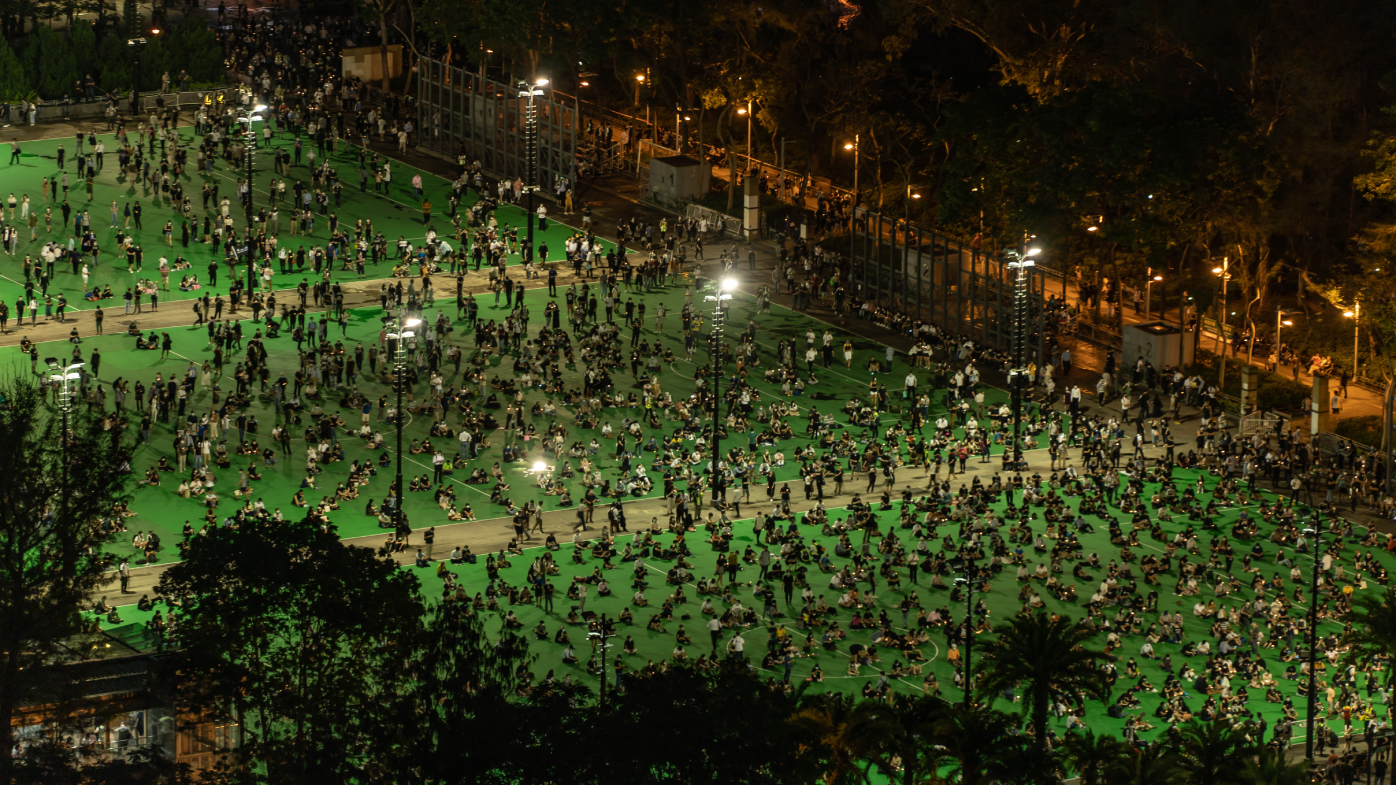 Earlier on Thursday, some students in Hong Kong followed the annual tradition of repainting a Tiananmen memorial message on a university campus bridge: "Souls of martyrs shall forever linger despite the brutal massacre. Spark of democracy shall forever glow for the demise of evil."

In the Hong Kong legislature, debate over the bill that criminalises disrespect of China's national anthem was disrupted when two pro-democracy legislators splashed foul-smelling liquid around in protest against the Tiananmen crackdown.

The bill was passed afterwards.

"A murderous state stinks forever. What we did today is to remind the world that we should never forgive the Chinese Communist Party for killing its own people 31 years ago," lawmaker Eddie Chu said before he was removed from the chamber.