He pleaded guilty to four charges relating to two women.

Penrith Panthers' Tyrone May was today sentenced to a three-year community corrections order and 300 hours of community service for his role in the sex tape scandal which rocked the club.

Magistrate Robyn Denes told May he narrowly avoided jail and that he had not shown enough remorse.

Magistrate Denes also criticised May for his late plea of guilty on four charges, including recording without consent. 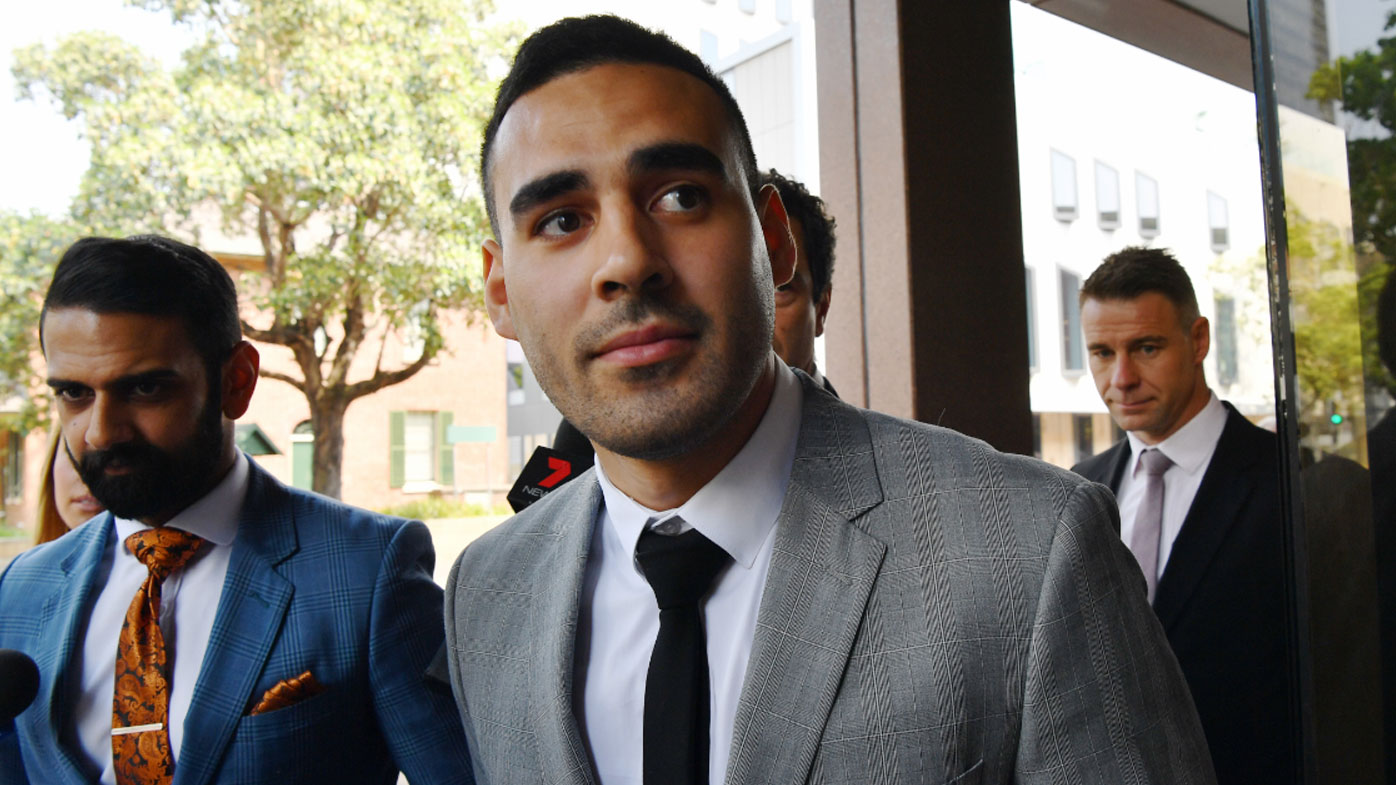 However, May's defence barrister Richard Pontello SC told Magistrate Deans he had shown remorse, and in fact text messaged one of the complainants the day after the video was made public.

Magistrate Denes read the text message out to the court: "Oh f--k, so sorry. I hope you are okay. I will try to keep you in the loop from my end. Thank you for being such a legend".

May was supported in court by Panthers Coach Ivan Cleary and star playmaker Nathan Cleary.

In sentencing May, Magistrate Deans said the case is "criminal".

"This is a high-profile case, this behaviour is not only morally reprehensible, it's criminal," he said.

"This is right on the cusp of a custodial sentence.

"Instead I think the community would be better served by placing you under a longer, supervised community-based order."

Magistrate Denes said the community order means he would be supervised for three years, instead of the supervision ending when he left jail.

Mr Pontello had earlier told Magistrate Denes May had been dealing with depression and had suicidal thoughts.

He said he had rehabilitated himself by involvement in several community causes including the club's "Panthers On The Prowl".

Magistrate Denes responded that it was a poorly-named program and they should consider renaming it.