City of Newcastle’s newest recruit has certainly got her nose to the ground when it comes to educating the community about responsible pet ownership.

Two-year-old golden retriever Bella has been joining the Rangers for patrols along Bathers Way between Merewether and Bar beaches. 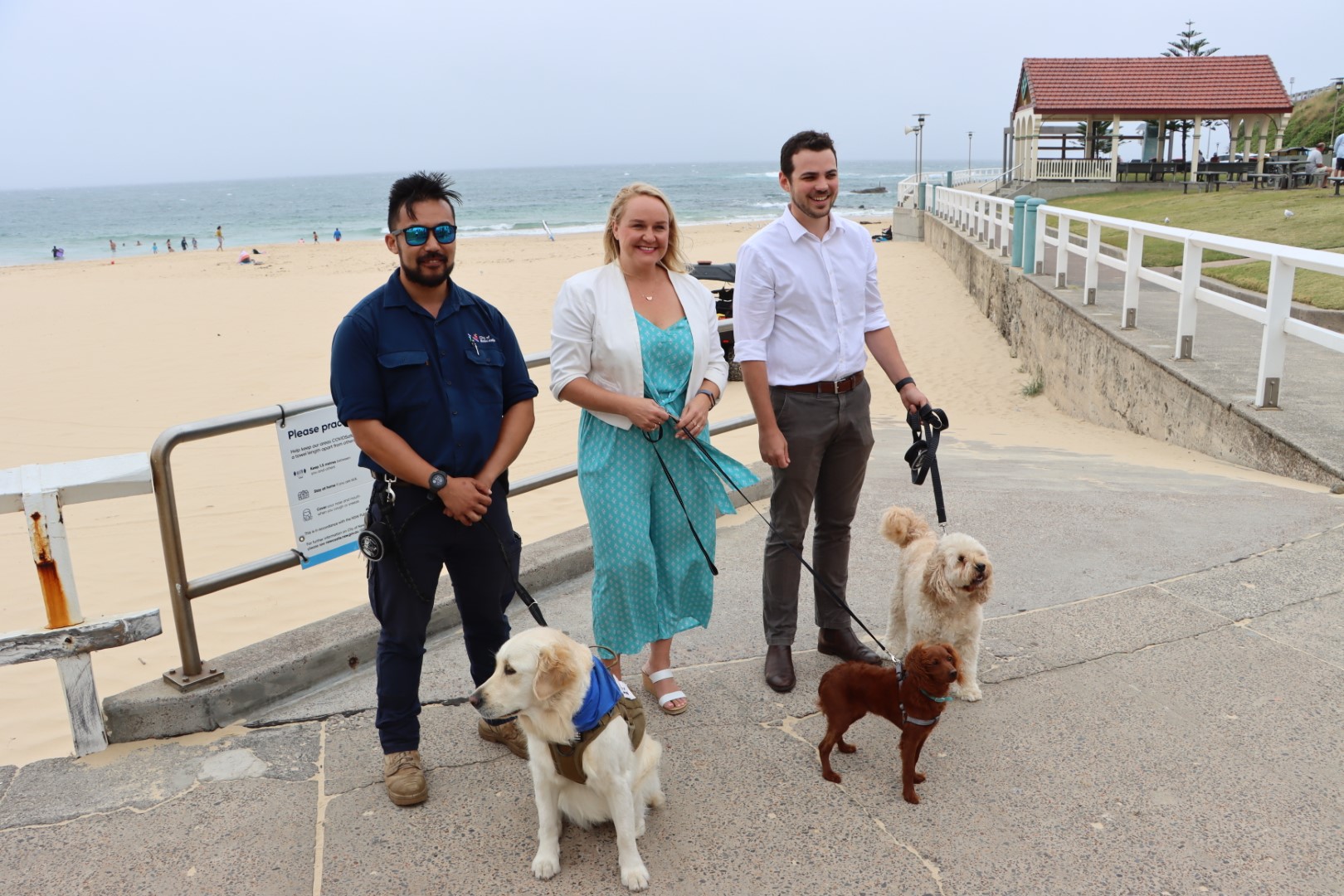 She also accompanies her colleagues around Lambton Park and visits the popular fenced off-leash dog park at Acacia Avenue Reserve, North Lambton, which was opened in 2019 following community feedback into the City’s Dogs in Open Space Plan.

Newcastle has one of the highest rates of dog ownership in the State, with more than 44,300 registered canines calling the local government area home.

Lord Mayor Nuatali Nelmes said the City’s Dogs in Open Space Plan will guide the provision, improvement and management of dog off-leash areas during the next 10 years.

“We know that dog owners want suitable spaces to exercise their dogs safely, and work is underway to progress the development of strategically located fenced dog parks such as our Acacia Avenue facility,” Cr Nelmes said.

“Another priority action of the Dogs in Open Space Plan is to provide community education and information on responsibilities for dogs in public places, which is why it’s so great to see our Rangers trialling new measures such as using Bella to enhance their interactions with the community.”

Bella’s presence has been well received by both the four-legged friends she meets and their non-canine companions, giving her fellow Rangers more opportunities to engage with the pet owners.

“We have been trialling Ranger dog ‘Bella’ on foot patrols along Bathers Way and City of Newcastle parks and reserves for the past six months,” Senior Ranger Lauren Whitmore said.

READ:  'The sun has been baking the air': Heatwave warning from today

“It has been very well received within the community and a considerable amount of positive feedback has been given by members of the public.

“During these patrols Rangers engage with dog owners to educate people about being responsible pet owners.

“When Bella’s with us during patrols we’ve found people are more willing to engage and have a conversation with the Ranger team.”

When Bella’s not on official duty she spends her down time with her owner and colleague Allan, who has been working with the Ranger team for the past nine months.

Lauren said Bella’s trial with the team had been such a success they were looking at making her an official Ranger later this month and were currently finalising her position description and calculating how many dog biscuits per hour her role would entail.