A week-old tweet tennis player Paula Badosa posted complaining about hotel quarantine after being exposed to COVID-19 has not aged well now that she’s returned a positive test for the virus.

The Australian Open hopeful became the first player entered for next month’s tournament to confirm a positive test while in quarantine in Melbourne, with the Spaniard saying on Thursday that she had symptoms.

As many as 72 players are confined to their hotel rooms for two weeks and are unable to train for the February 8-21 Grand Slam after some passengers on three charter flights ferrying them to Australia tested positive for the novel coronavirus.

Badosa, 23, arrived in Melbourne after playing in Abu Dhabi earlier this month and was on her seventh day in quarantine when she said her test came back positive.

She moaned on Twitter a week ago about the hard quarantine, saying she didn’t think she should isolate, even though there was a positive COVID-19 case on her flight.  Tennis Australia and other players, including Arem Sitek, insist participants were told about the risk of hard quarantine well before travel. 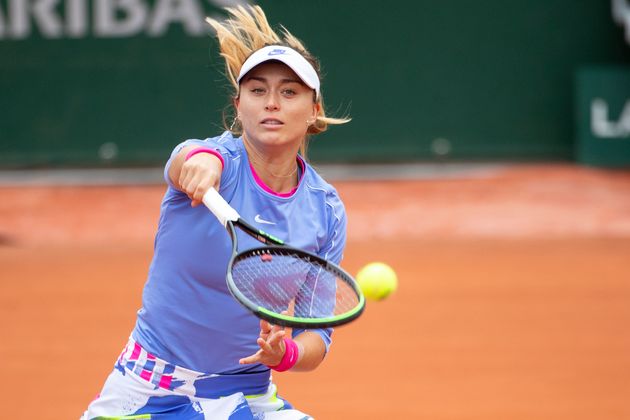 “At the beginning the rule was the positive section of the plane who was with that person had to quarantine. Not the whole plane,” she wrote in a now-deleted Tweet.

“Not fair to change the rules at the last moment. And to have to stay in a room with no windows and no air.”

Badosa voiced her opinion on the tough restrictions during an Instagram live at the time.

“I’m feeling unwell and have symptoms, but I’ll try to recover as soon as possible listening to the doctors. I’ve been taken to a health hotel to self isolate and be monitored,” the world number 67 wrote on Twitter.

On Wednesday, 10 people associated with the Grand Slam ― including four players ― had tested positive for the virus.

However, there has been confusion over the exact numbers, with several test results later reclassified by authorities as “viral shedding” from previous infections.

The strict protocols have frustrated players who have complained in recent days, but South Africa’s Kevin Anderson has appealed to them to show more respect for the local community’s fight against the pandemic.

World number one Novak Djokovic demanded from Tennis Australia a list of changes including reducing the hard quarantine to seven days, a difficult concept to hear for some Australians stranded overseas who have watched 1,500 athletes welcomed into the country while they struggle to get home amid arrival caps.

“I would give anything to be sitting in a tiny hotel room with terrible food and no fresh air, if it meant I was home,” Brisbane woman Amy Webster told HuffPost Australia from the UK.

DFAT reports there are at least 40,000 Australians stuck overseas with some spending life savings trying to secure seats on ghost flights that fly with 30-50 people on board.

The number of Australians allowed to return home has been limited to 4,000 per week since July last year. Earlier this month Prime Minister Scott Morrison slashed that number to just over 3,000 per week in a bid to contain the spread of the more infectious UK mutant strain of COVID-19.

The government announced 20 commercial Qantas flights would be chartered to bring vulnerable Aussies home, although passengers must fight it out “Hunger Games” style to purchase tickets themselves.

Seats on the first two of the 20 flights sold out in minutes with business class seats selling for about $10,000.

With additional files from Reuters.