Passengers who were onboard a high-speed interstate train between Melbourne and Sydney when it derailed, killing two people, have recounted the harrowing moment of the crash.

Up to 160 passengers and five crew were aboard the XPT service when it derailed at Wallan, around 45km north of Melbourne, around 7.45pm yesterday.

Ambulance Victoria has confirmed two people died in the incident. 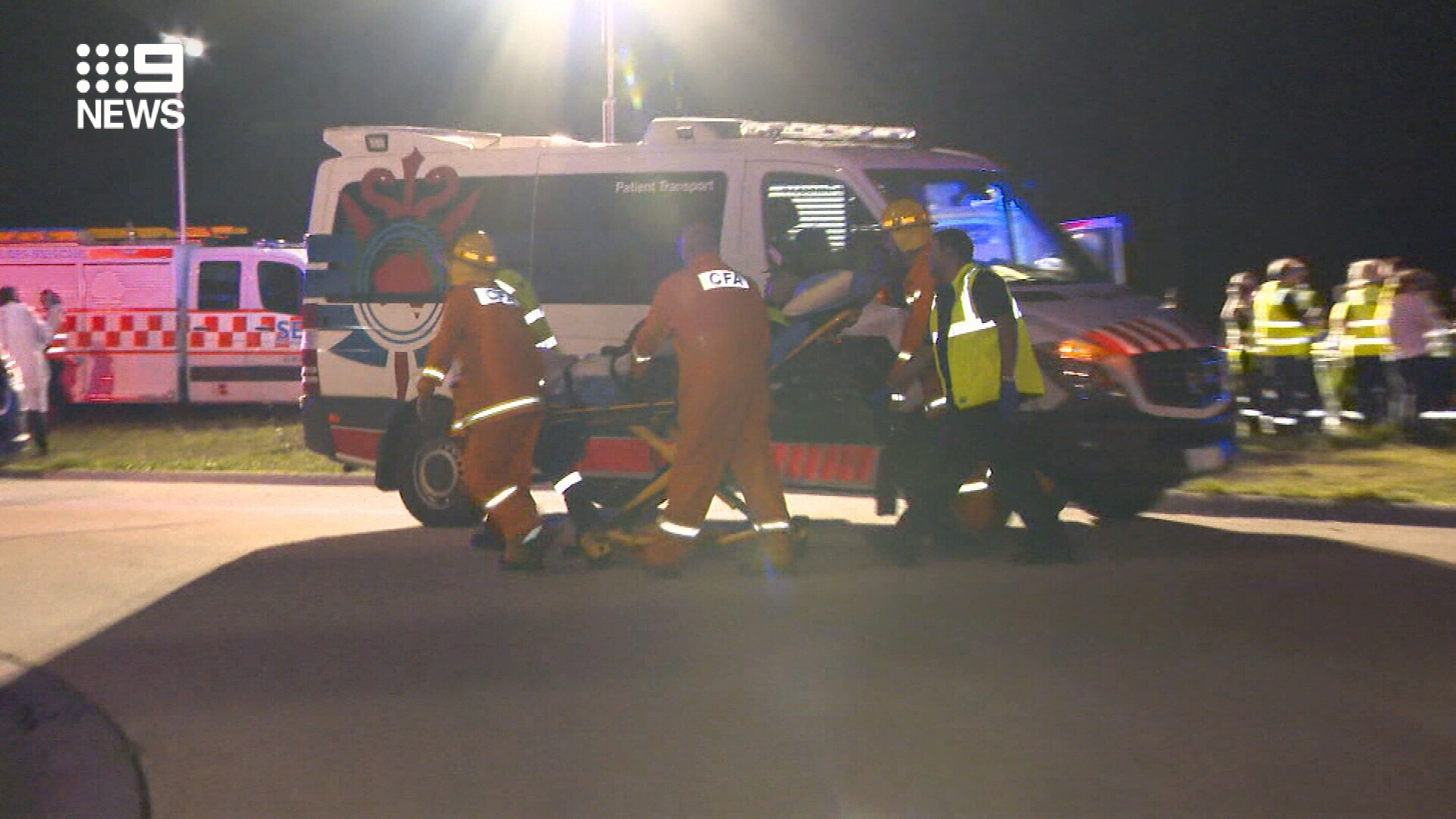 A man in his 60s was also taken to hospital in a stable condition and 11 others were hospitalised with minor injuries.

Some of those on-board have since detailed the "horrifying" moments the track buckled and multiple carriages were thrown at least 10m sideways.

A Sydney couple who had boarded the high-speed train to visit their son in Melbourne said the tragedy had been terrifying.

"You just hang on for grim death," the man said at a triage centre set up at a nearby service station. 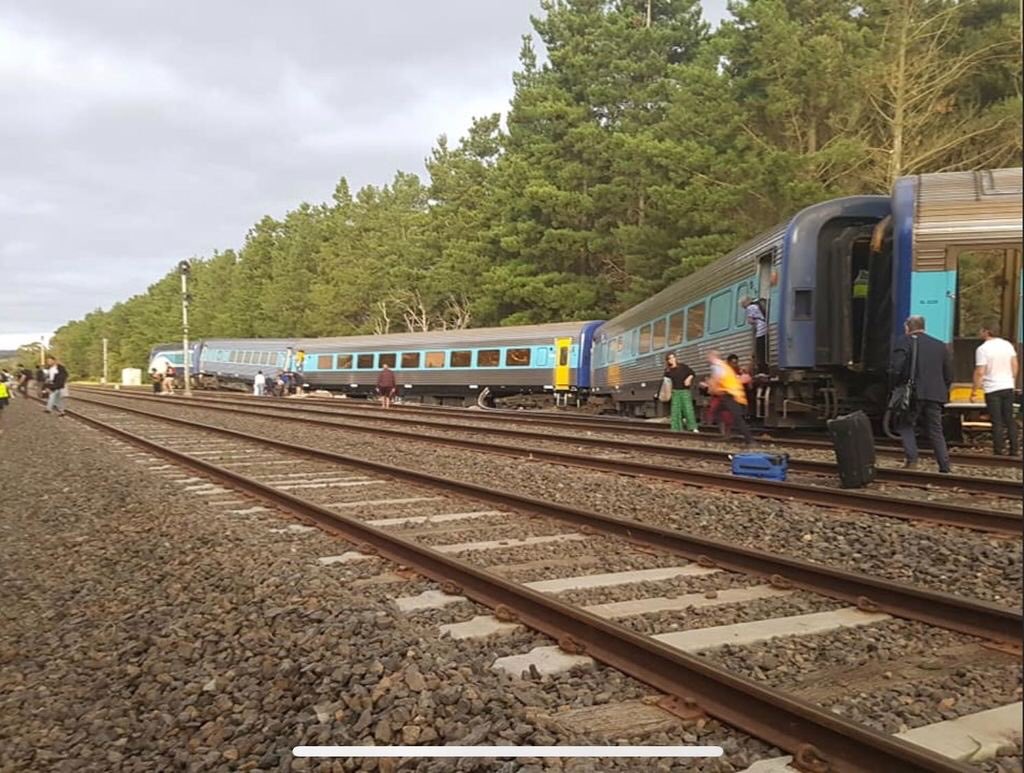 "You're being thrown around, the thing's going along tilting over and all you can look out the window and just see dirt and debris and stuff flying up past the windows and the track itself is just twisted and bent.

"It probably went about 150 metres before it stopped, there were carriages going sideways - pretty horrifying."

The woman said her thoughts were with those who had died.

"We're very sad about that. Two people who went off to work this morning and never went home," she said.

The man also revealed that train staff had handed out complaint cards to passengers moments before the derailment, after lengthy delays were caused by ongoing problems with signals on the line.

READ:  Family's fight to stay together after being caught out by adoption laws

The train, which had left Central Station in Sydney at 7.40am, had been due to arrive at Southern Cross Station in Melbourne at 6.30pm.

It was running more than two hours late at the time of the crash. 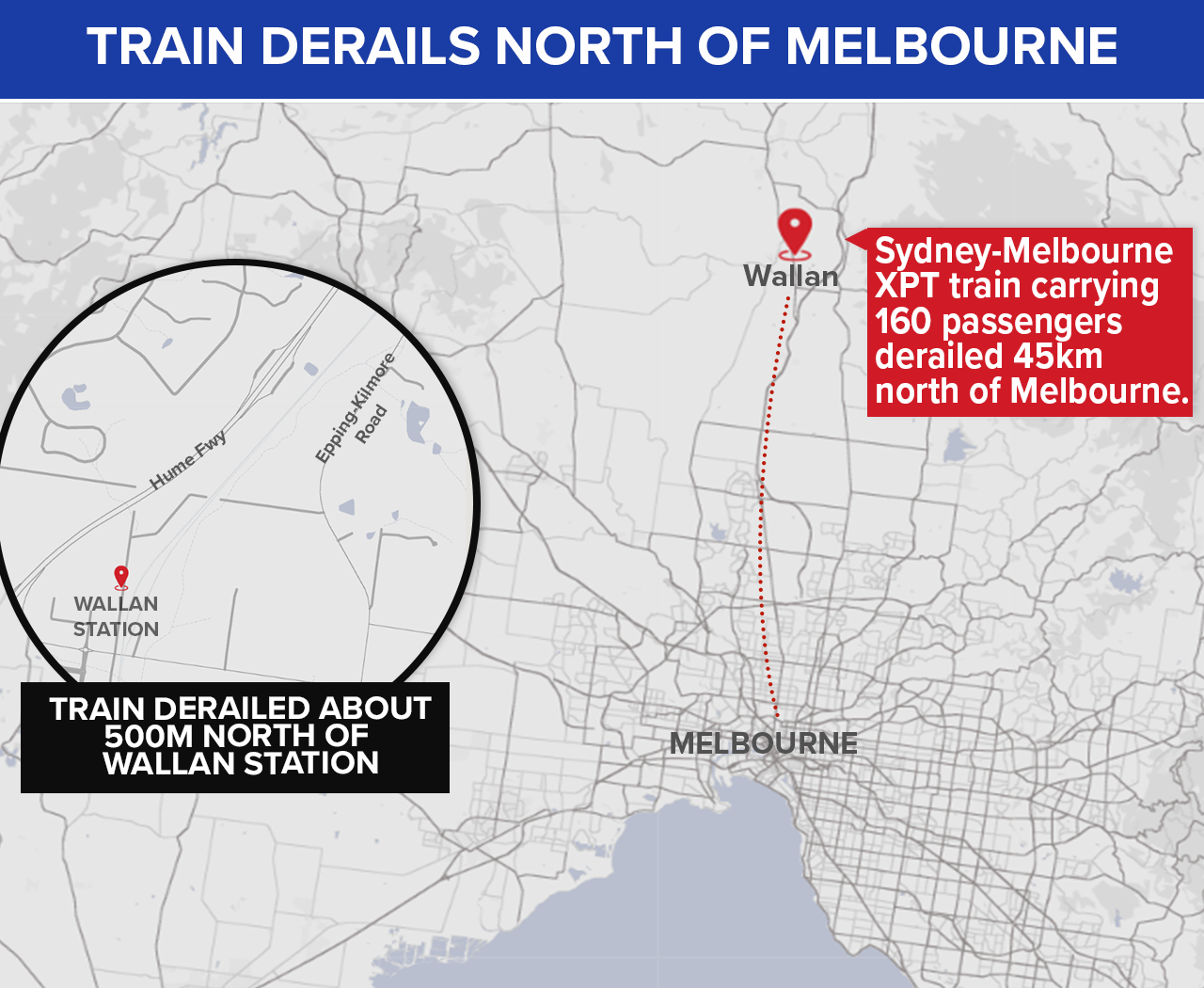 The man said he walked back to the site of the initial derailment and said it appeared switches on the track appeared to have directed the train off the main line.

Meanwhile, one passenger named James Ashburner tweeted overnight that his carriage had ended up on a 30-degree tilt when the train finally came to rest.

Dr Scott Rickard from the Australian National University also tweeted about the incident, saying "tray tables went flying" as the "carriage (went) at an angle".

"Fortunately only a few (people) seem injured in our carriage.

"Stuff flew everywhere. Carriages crumpled at edges. We walked out. Most (people) able to walk out. Fab response by SES.

"We're in a bit of shock, but OK. Drinking cuppas now."

By 9pm yesterday, the Victorian Country Fire Authority (CFA) said the rescue had been completed.

It is believed the two deceased had been travelling in the drivers' carriage at the time of the derailment.

The Australian Transport Safety Bureau and the Office of the National Rail Safety Regulator "will conduct a full and thorough investigation to establish the cause of the incident", a joint government statement confirmed.