For over two weeks, a volcano on the island of St Vincent has erupted with unrelenting fury.

For over two weeks, a volcano on the island of St Vincent has erupted with unrelenting fury.

"It's like a desert, it's desolate, it's apocalyptic. The whole place is covered in grey ash," Ralph Gonsalves, the prime minister of St Vincent and the Grenadines, told CNN about the communities impacted by the eruptions. 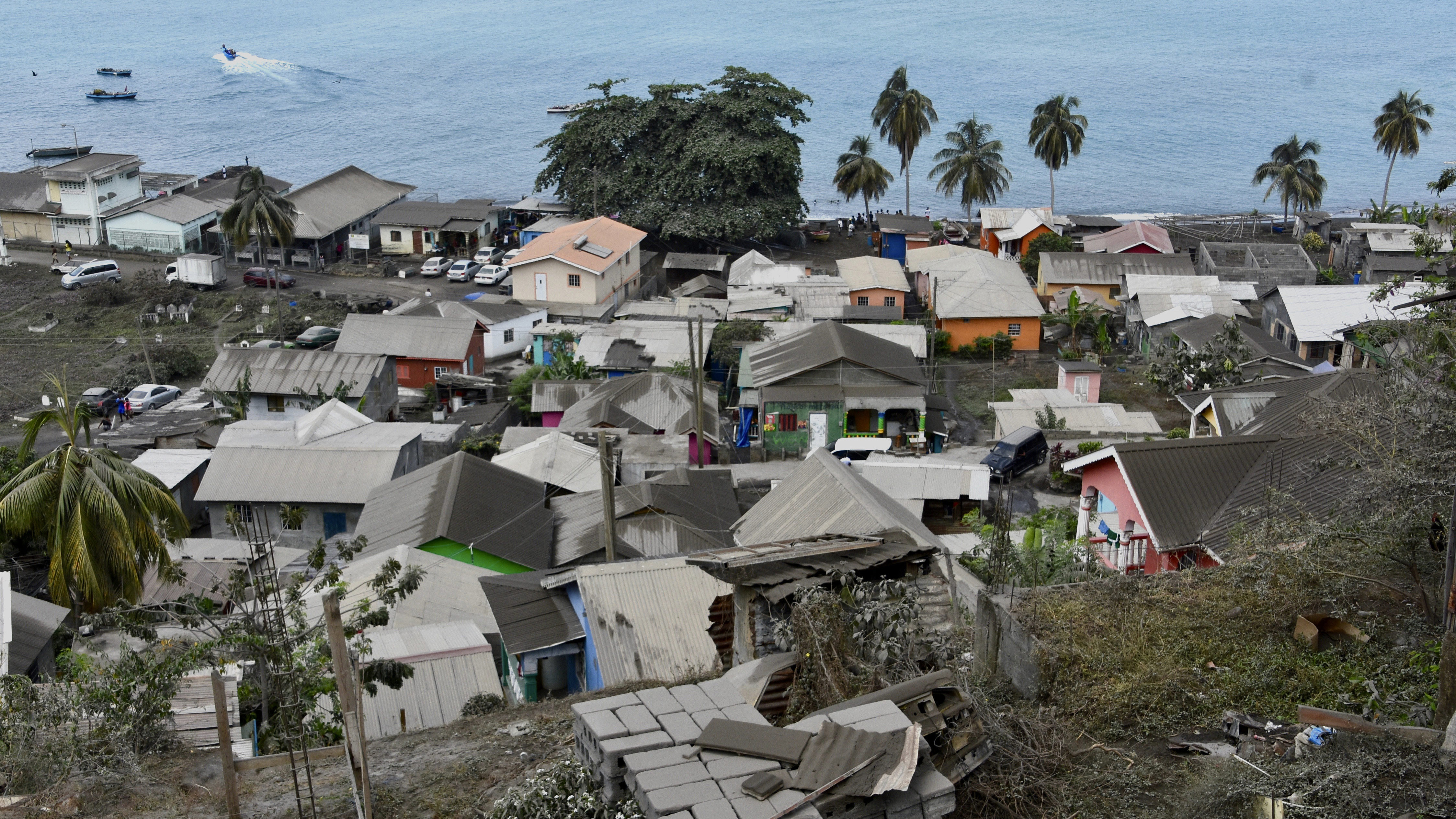 It has been 42 years since La Soufrière volcano - French for sulphur outlet - erupted.

The 4247m stratovolcano is now making up for lost time, blasting ash and debris miles into the air and neighbouring islands.

For months, La Soufrière threatened to erupt and scientists warned residents to prepare to flee at any moment.

The government coordinated with cruise ship companies to begin ferrying people from the "red zone" where catastrophic destruction was expected to take place.

Then, at 8.51am on April 9, the National Emergency Management announced La Soufrière had erupted. 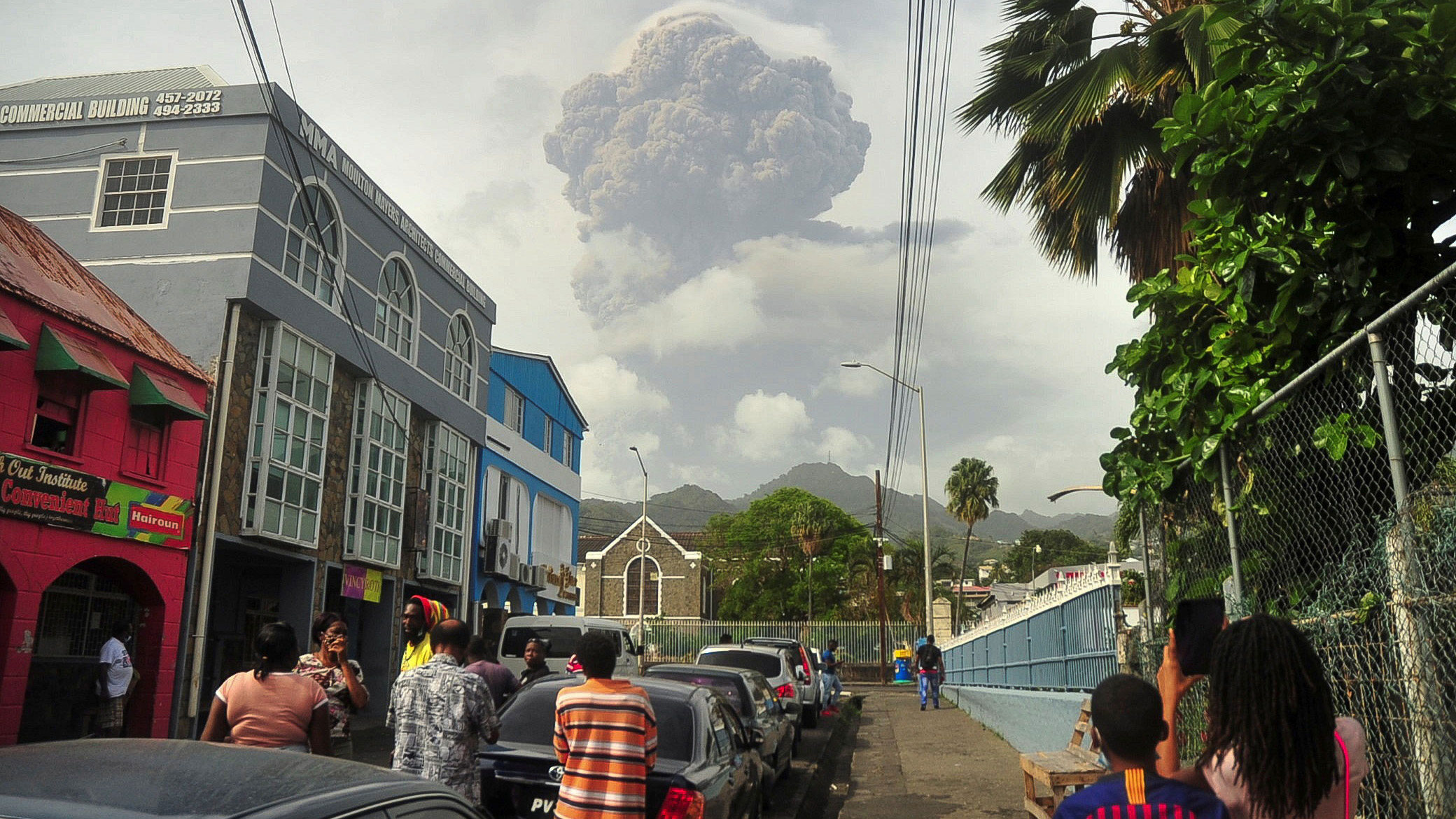 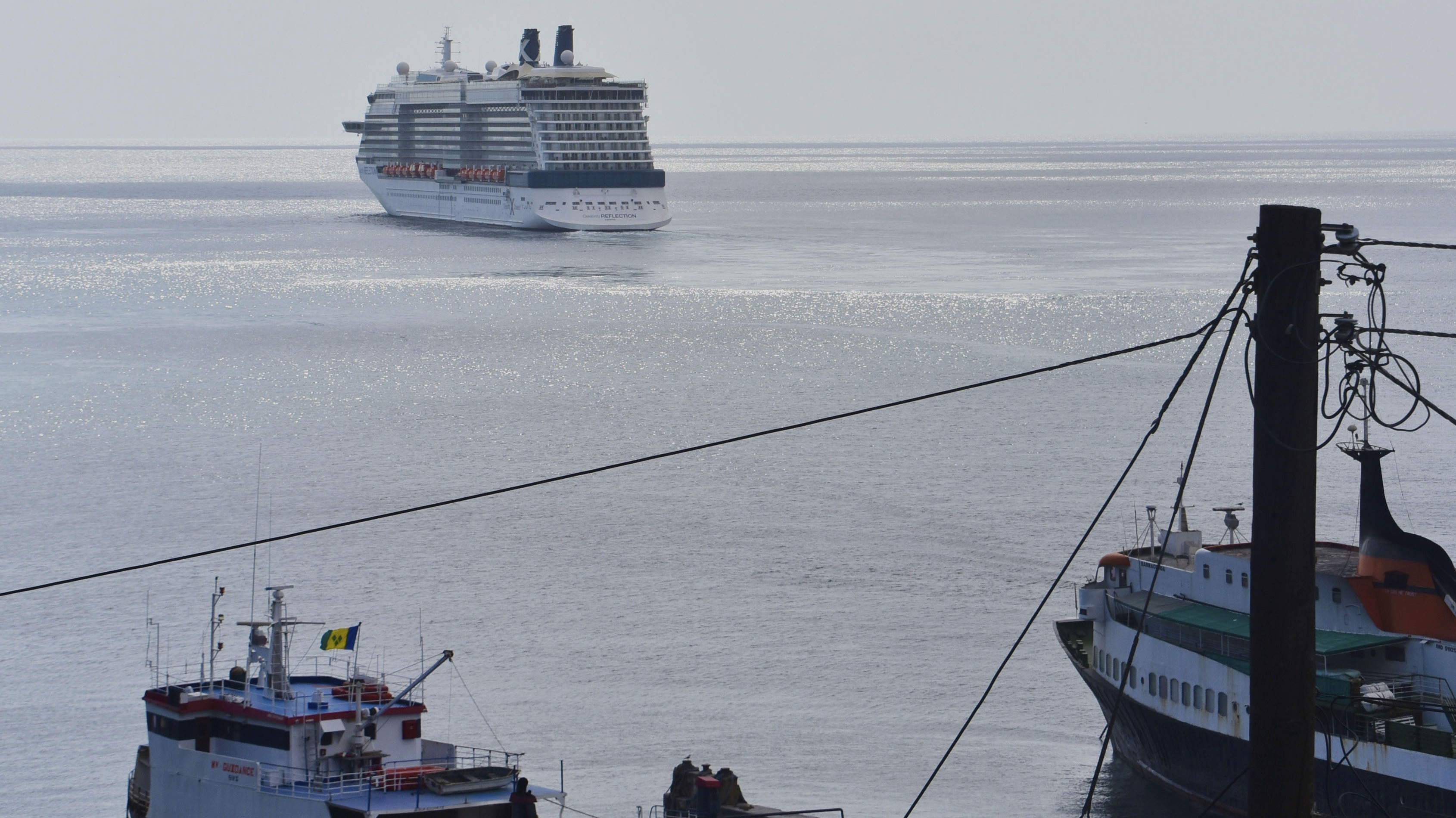 Thanks to the early evacuations, officials said, there have been no deaths or injuries reported as a result of the eruption.

But more than 7000 residents have taken refuge in government-run shelters and a greater number are staying with friends or family, said Mr Gonsalves, the left-leaning, Bible-quoting prime minister of the island chain who goes by the nickname "Comrade Ralph."

With more than 10 per cent of the island chain's 110,000 residents at least temporarily homeless, the local government does not have the resources to address all the need, he said.

READ:  Family of murdered student shares their pain as teenager is sentenced 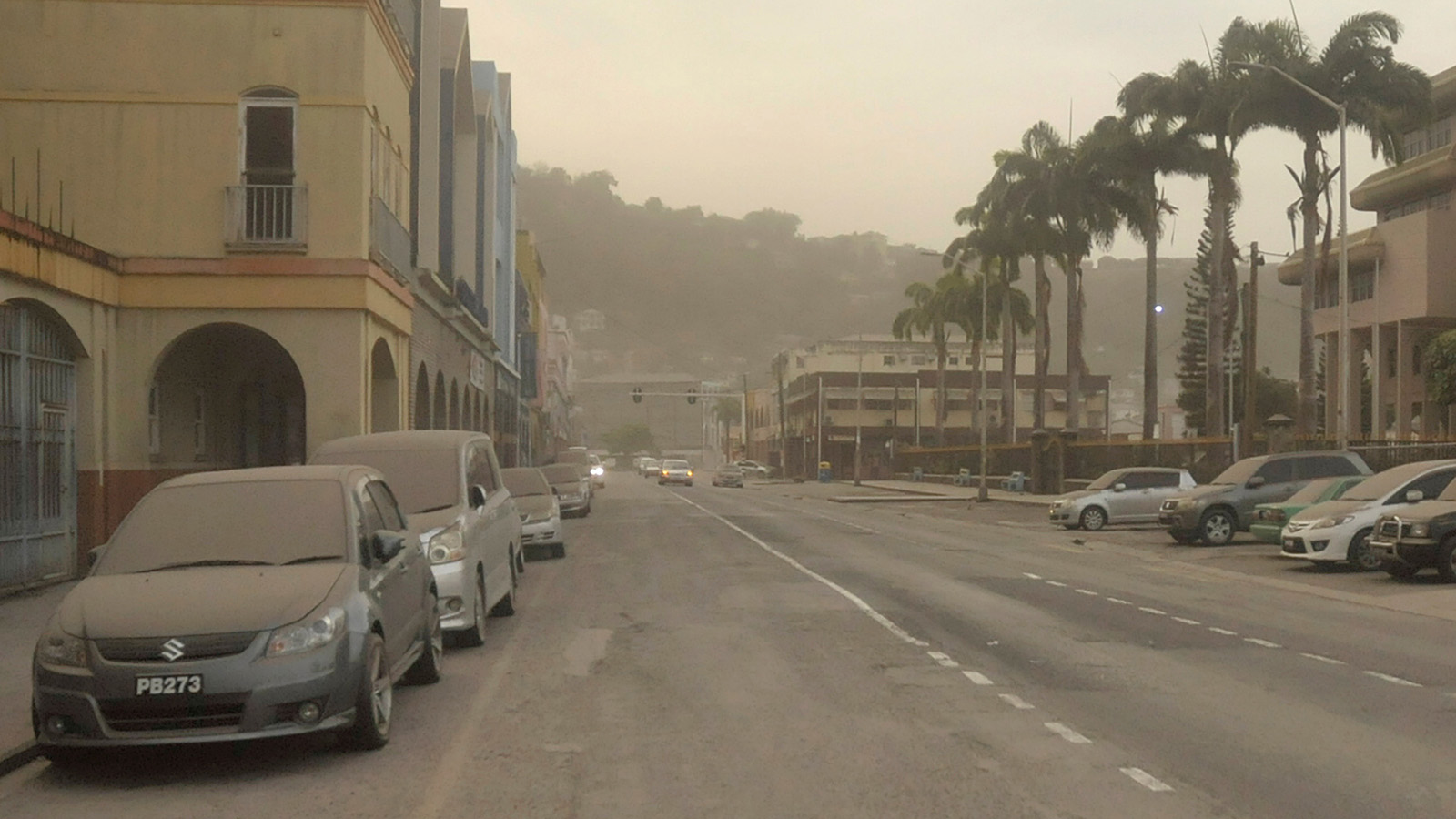 "We are really at the midnight hour of need," Mr Gonsalves said.

As the volcano continues to spew ash and pyroclastic flow, a deadly mixture of superheated gases, rock and mud, the ongoing danger has complicated efforts to deliver aid.

"It's not like a hurricane where you get hit and it's over," said Britnie Turner, the CEO of Aerial Recovery Group, a disaster management company bringing in supplies from the US.

The pandemic has also hurt efforts to help Vincentians impacted by the volcano, she said.

"Donations across the world have dropped dramatically since COVID started but don't stop giving," Ms Turner said. "Even though we are all experiencing pain. Even though the world is a little bit of a different place, we still need to help our neighbours."

In Miami, Michael Capponi, the founder and executive director of the non-profit Global Empowerment Mission, is filling containers with pre-packed boxes of food, water, face masks and hand gel to send to the island.

He called the disaster a "migrational crisis" as residents flee from the volcano to the south of the island and said his local partners on the ground still have been unable to assess the full extent of the damage.

"You have a foot of ash on everyone's roofs," Mr Capponi said. "You have all the crops that are completely destroyed that won't grow back for quite a while.

"Then you have boulders that were on fire that literally came through people's roofs." 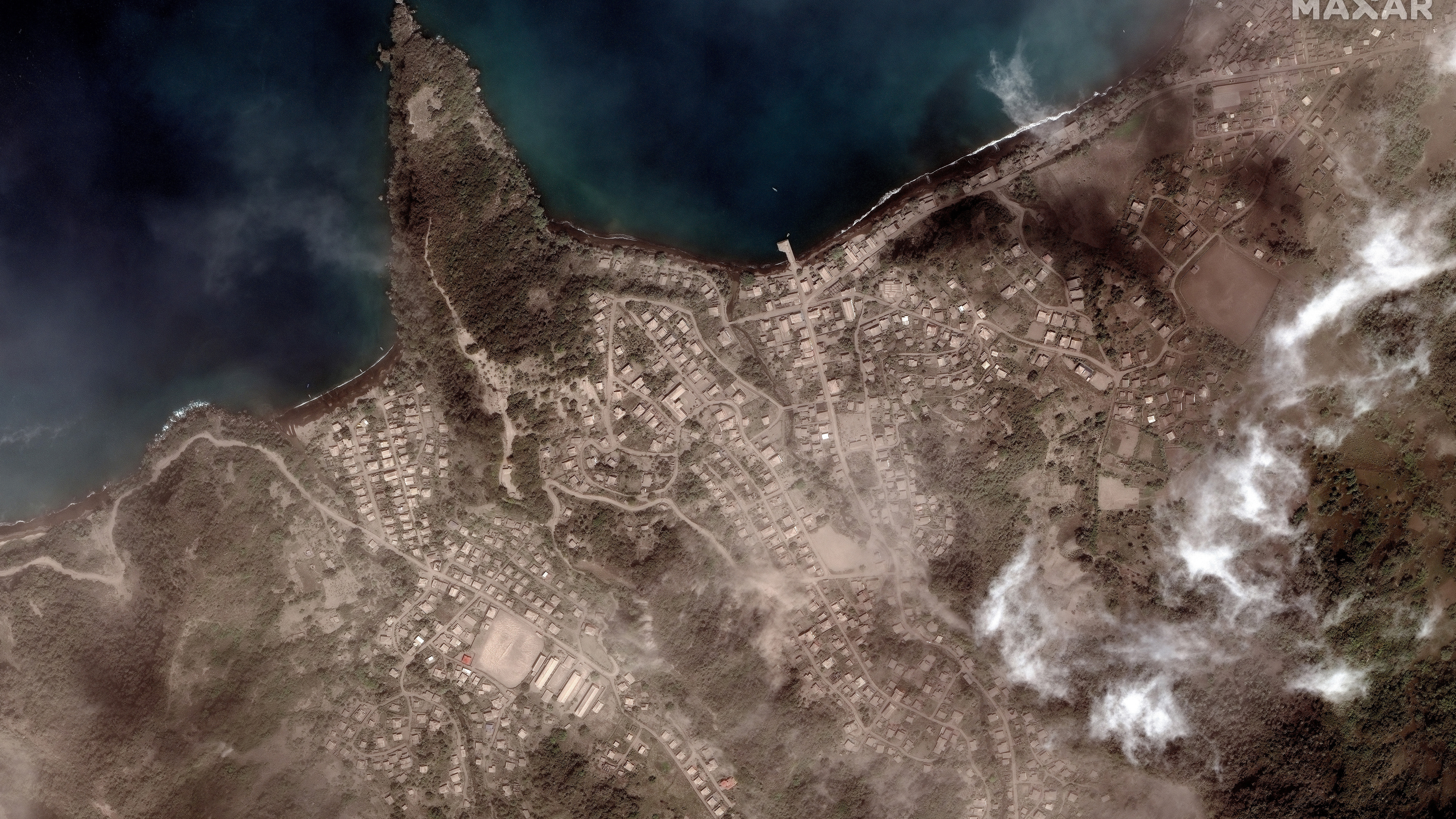 Mr Gonsalves said the government estimates that the volcano has already inflicted more than $100 million in damage in the last two weeks, with much more likely to come as scientists predict the volcanic activity could last for four months.

The Atlantic hurricane season begins June 1 and even if St Vincent is spared a direct hit, the heavy summer rains pose a new danger.

"There's a lot of material," Mr Gonsalves said. "Stone and ash and they rest on mud. The rains will lubricate and they will add to the weight and they will come down at a very fast pace."

Mr Gonsalves said the disaster his country is facing may only be beginning. He said he has written President Joe Biden and Vice President Kamala Harris for assistance.

"It's not going to be an easy struggle but we are not a people of lamentations," he said.