He told investigators he acted out of anger over caricatures of the Prophet Muhammad recently republished by the satirical French newspaper Charlie Hebdo.

The chief suspect in a double stabbing in Paris told investigators he acted out of anger over caricatures of the Prophet Muhammad recently republished by the satirical French newspaper Charlie Hebdo, France's counterterrorism prosecutor said on Tuesday.

Two people were seriously wounded in last week's attack, which took place outside the newspaper's former offices where Islamic extremists killed 12 people in January 2015. The two brothers involved in the 2015 attack targeted Charlie Hebdo because they believed the newspaper blasphemed Islam by publishing the same Muhammad caricatures. 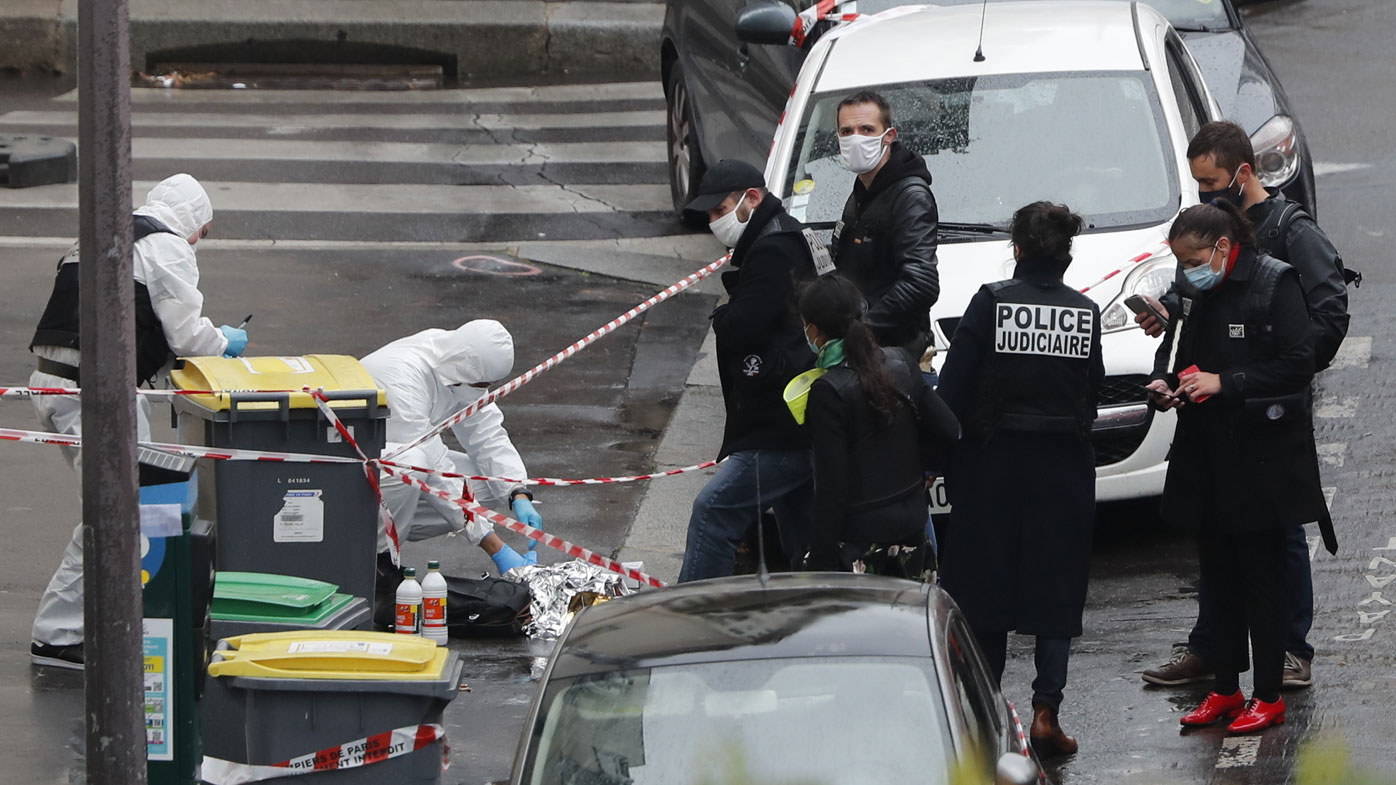 Authorities are investigating Friday's stabbings as an Islamic extremist attack. A judicial investigation has been opened for "attempted murder in relation with a terrorist enterprise" and "terrorist conspiracy."

Counterterrorism prosecutor Jean-Francois Ricard said the Pakistan-born suspect identified himself as Zaher Hassan Mahmood, 25, after a photo of his passport was found in his mobile phone. He initially told police he was going by the name of Hassan Ali, aged 18.

Ricard said the assailant did not claim an affiliation with a specific extremist group. 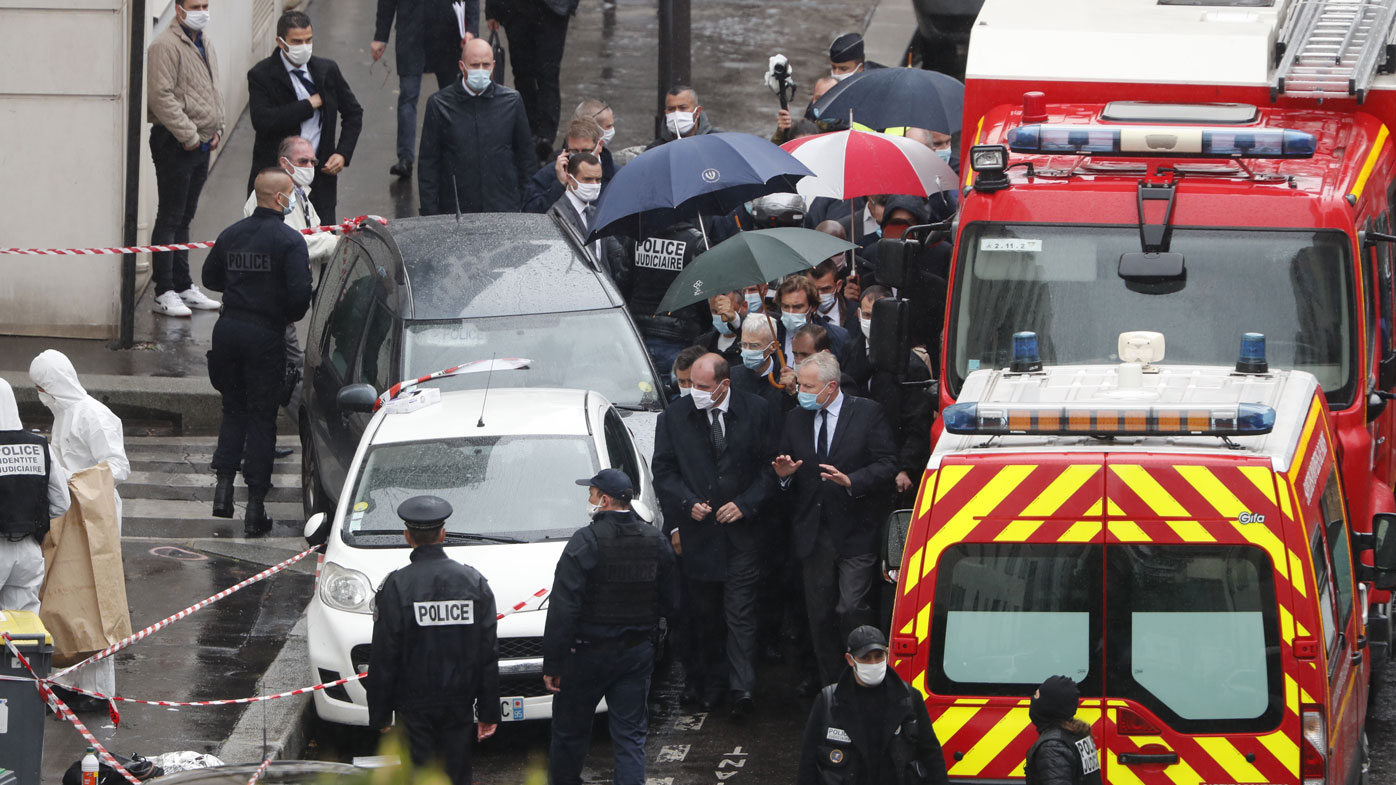 The suspect said he had seen videos from Pakistan on Charlie Hebdo's decision to reprint the caricatures as more than a dozen people charged in the newspaper attack and another outside a kosher grocery store in Paris went on trial this month, according to the prosecutor.

Describing himself as "angry," the assailant said he allegedly decided to carry out the attack without knowing the newspaper had moved, Ricard said.

"Initially, he wanted to enter the building, if needed... When he came in front of it and saw the victims, he thought they worked for the satirical publication and decided to attack them," Ricard said.

In a three-minute video broadcast on social media on Friday morning, the suspect, speaking in Urdu, "announces his act," Ricard said, quoting him as saying he's going to "rebel" against the new publication of the caricatures. 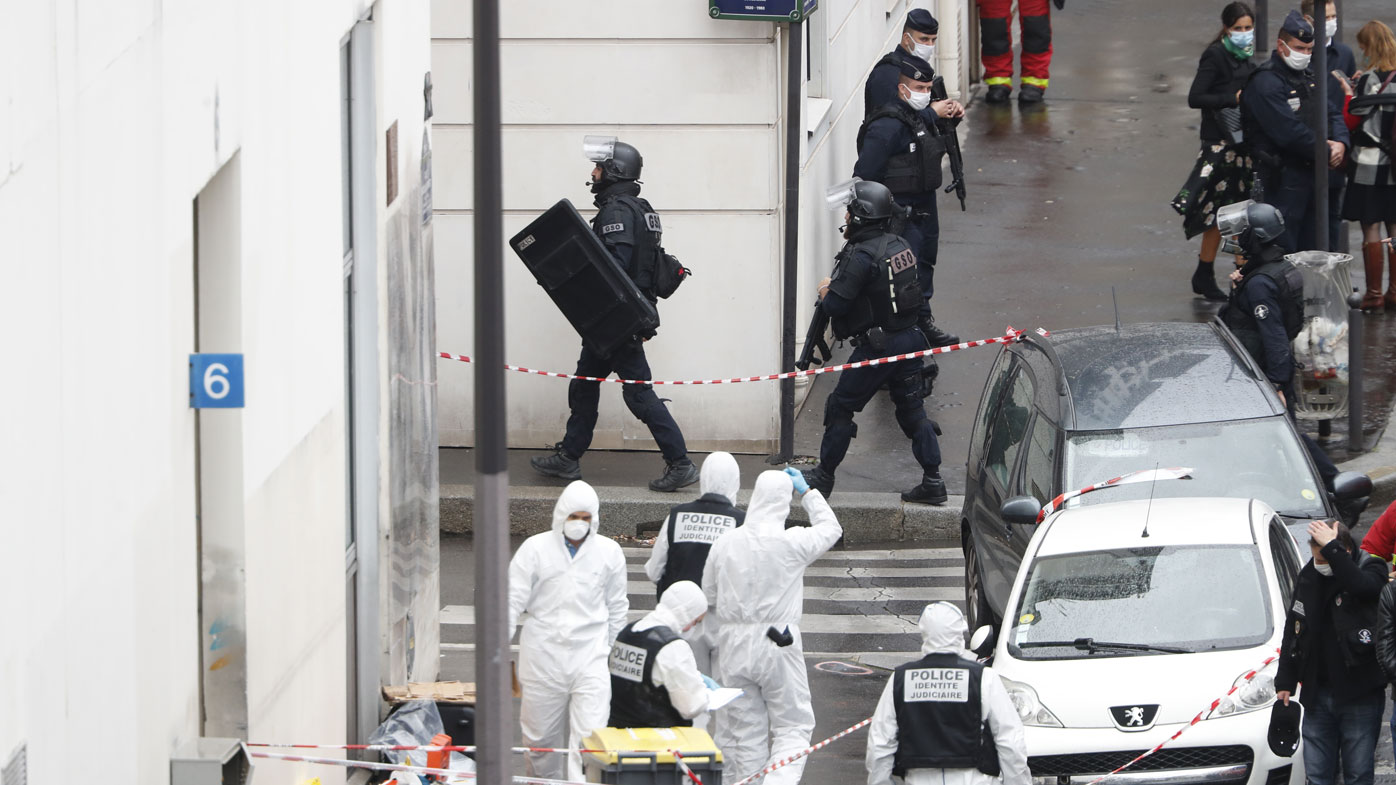 The prosecutor said that some of his relatives described him in recent weeks as "looking abundantly at Khadim Hussain Rizvi's videos, the head of the radical Tehreek-e-Labbaik Pakistani party known as TLP, who in September following publications of caricatures of the Prophet Muhammad, organised demonstrations."

Several associates and relatives of the knifeman have all been released without charges.

Ricard said the suspect arrived in France two years ago, presenting himself as an unaccompanied minor. He was not on police radar for Islamic radicalisation and not known to French intelligence services.

Charlie Hebdo lost 12 employees in an al-Qaida attack in 2015 by French-born extremists who had criticised the prophet cartoons. The newspaper, which routinely mocks religious figures of all kinds, decided to republish the caricatures the day before the trial into the 2015 attacks opened this month. The publication drew threats from militant groups, as well as criticism from Muslims in multiple countries. 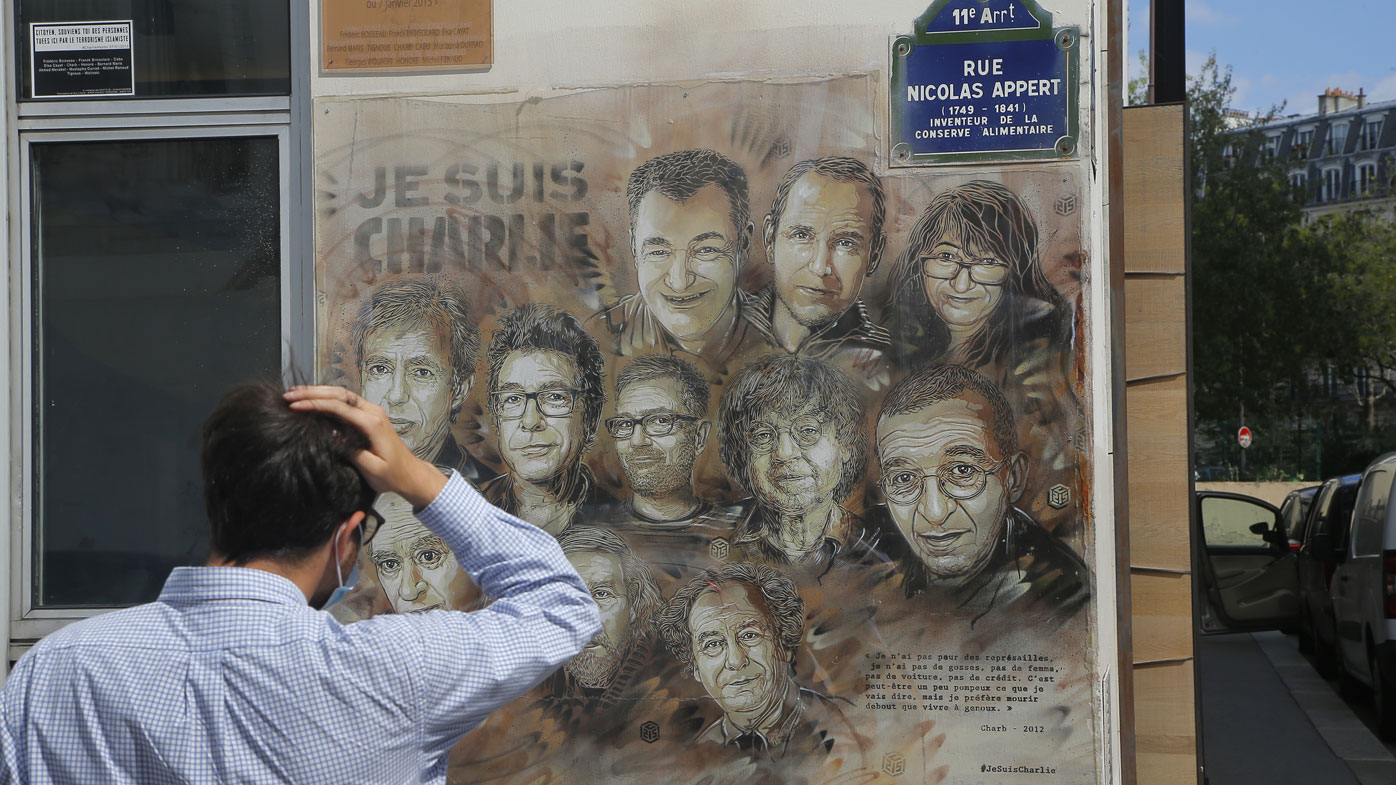 The two people wounded in Friday's attack were a woman and a man working at the Premieres Lignes documentary production company who had stepped outside for a smoke break.