A woman has flipped a stolen car and smashed into a Gold Coast home where a 10-day-old baby boy and his family were inside.

A woman has flipped an allegedly stolen car and smashed into a Gold Coast home where a 10-day-old baby boy and his family were inside.

Police say the 39-year-old carjacked another woman in the car park at Robina Town Centre at 6.30pm yesterday and was seen driving the stolen car at high speed just five minutes later. 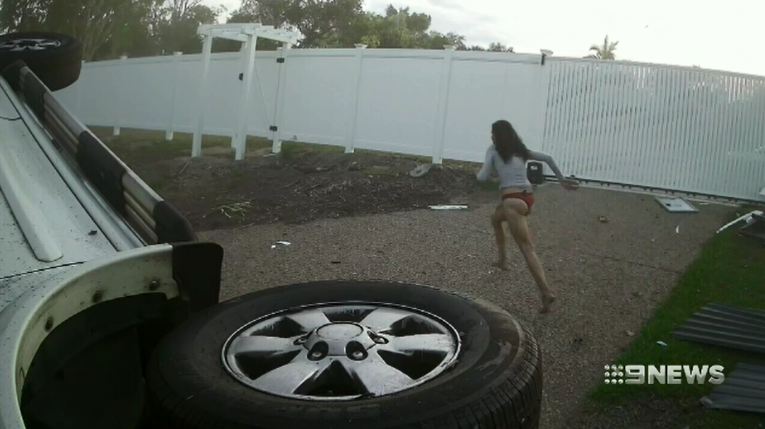 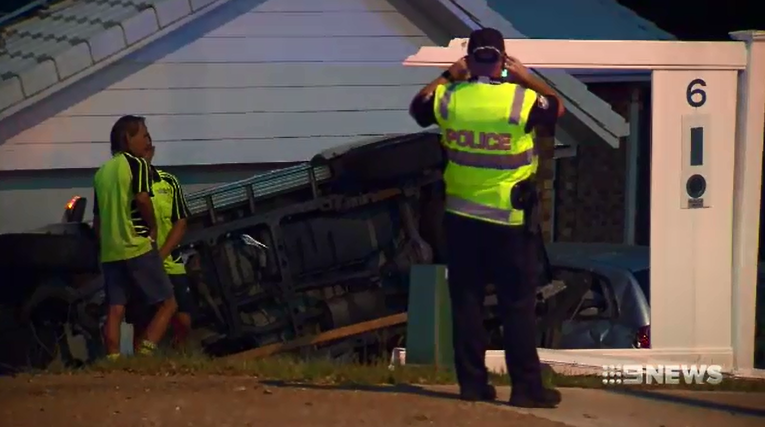 The driver soon lost control on a round-about and smashed through the garage of a house on Cottesloe Drive, destroying the car inside.

In CCTV footage, the woman is shown running from the crime scene before neighbours come rushing in to check on the family in the house.

Homeowner Daniel Nisi and his family were inside the home but weren't injured.

"Car is a write-off, it was just parked there, so it's crushed," Mr Nisi told 9News.

Police found the woman passed out in a park nearby and she is tonight under police guard in hospital.

Charges are yet to be laid. 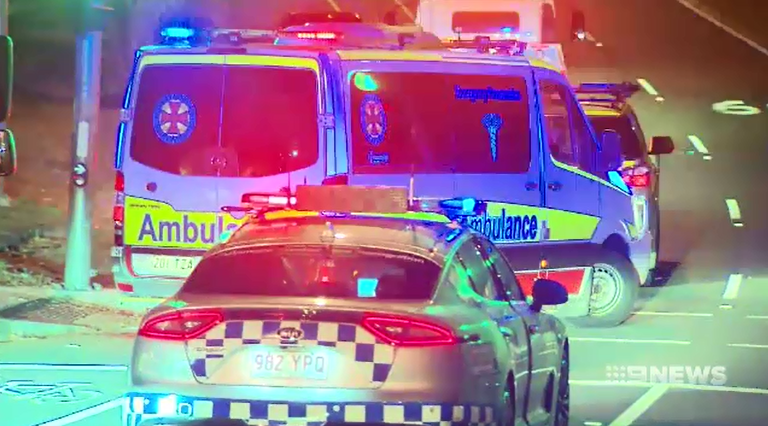