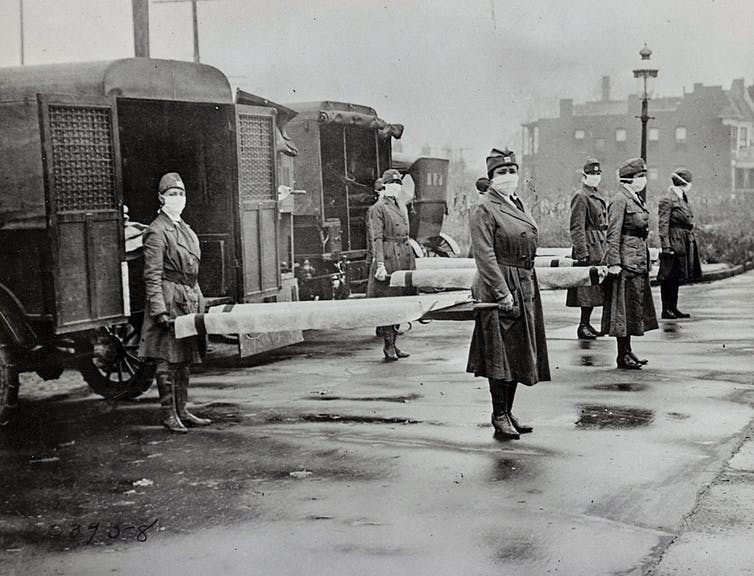 We’ve known about pandemic health messaging since 1918. So when it comes to coronavirus, what has Australia learnt? Australia’s coronavirus public health messaging has been criticised as confusing during a time when health guidelines and regulations are changing rapidly, and educating the public about health is more vital than ever. The slow roll-out of its […]

We’ve known about pandemic health messaging since 1918. So when it comes to coronavirus, what has Australia learnt?

Australia’s coronavirus public health messaging has been criticised as confusing during a time when health guidelines and regulations are changing rapidly, and educating the public about health is more vital than ever.

The slow roll-out of its public information campaign of videos and posters, urging people to wash their hands and keep their distance, has also been criticised.

But we’ve known how pandemic public health messaging works since the 1918 influenza pandemic, a largely forgotten, but important historical precedent for the current crisis.

We know from 1918 that pandemic public health messages need to be communicated widely and clearly, and to be consistent with government messaging and policies.

For this, messaging needs to be regulated by centralised, government agencies.

So which lessons has Australia learnt from the past?

Read more:
How Australia’s response to the Spanish flu of 1919 sounds warnings on dealing with coronavirus 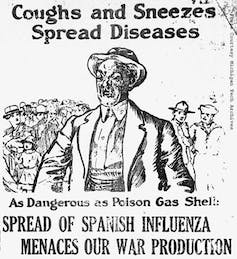 This 1918 advertisement warns about the spread of influenza. National Museum of Health and Medicine, Author provided.

Public health education, as we know it, is just over a century old. It is a product of the first world war, when more soldiers died of disease than injury.

But there are only a handful of posters warning about the influenza pandemic of 1918, which would go on to kill 50-100 million people, many times more than the war itself.

Partly this is because influenza broke out during the final stages of the war, when national resources were stretched thin.

It is also perhaps because it was initially overshadowed by that other great epidemic disease of the 19th century: tuberculosis.

Flyer warning about the spread of common infectious diseases made during the 1918 influenza epidemic.

However, as influenza spread around the world with returning servicemen in 1918, efforts were made to slow its transmission through new public health education initiatives, such as distributing information flyers.

The US city of Philadelphia, for instance, distributed 20,000 flyers warning about the transmission of influenza in 1918.

At the same time, however, it also decided to proceed with a large public parade, which attracted 200,000 thousand people.

Within three days, every hospital in Philadelphia was full. By the end of the first week, 2,600 people had died. Six weeks later, over 12,000 were dead.

But the city of St Louis moved quickly to introduce measures like the ones we see today: shutting schools, cinemas, churches, and businesses. Some 700 died.

The difference between Philadelphia and St Louis is one of the most important lessons to learn from the 1918 influenza epidemic: “flattening the curve” works to limit transmission of infectious diseases, minimising the impact on health services.

It’s a message that’s been stressed in the current health messaging, not only by government, but by medical professionals and statistical modellers.

Current public health messaging to “flatten the curve” has had a demonstrable effect on public behaviour, encouraging widespread social distancing and self-isolation.

However, this message was undermined by what many perceived as the government’s slowness in introducing social distancing measures as a containment policy, and mixed messaging around their implementation.

In the middle of March, as events like the Melbourne Grand Prix seemed prepared to go ahead, some feared we were watching another Philadelphia in the making. 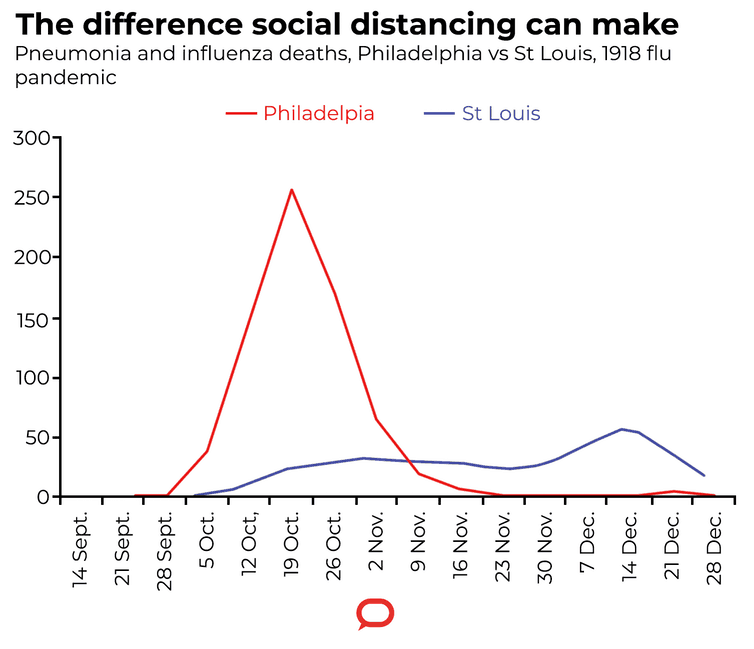 Read more:
How to flatten the curve of coronavirus, a mathematician explains

Before the launch of the Australian government’s public education campaign, a wave of posts from the public on social media urged people to wash their hands for 20 seconds and physically distance from older relatives.

Millions of people watched the video of Arnold Schwarzenegger feeding carrots to a miniature donkey and pony, while encouraging his audience to stay inside.

And in the UK, a 17-year-old boy created a popular online tool that adds 20 seconds of your chosen song lyrics to a poster on hand-washing.

These examples represent something new: public health messages produced and circulated by the public, perhaps one of the most significant legacies of COVID-19, changing a century of practice in public health education.

Read more:
We should listen to coronavirus experts, but local wisdom counts too

While such initiatives are doubtlessly well-intentioned, they have moved public health education from government agencies and traditional media online, into a largely unregulated space.

Inevitably, we are seeing the circulation of medical misinformation.

This was also evident in the unregulated health sector of 1918, with a flourishing market in quack medical treatments, including ones that contained arsenic, camphor or mercury.

One of the key lessons of the 1918 influenza epidemic was, precisely, the importance of efficient and regulated public health communication.

However, with health regulations changing daily and announcements often made late at night, we need to ensure public health communication keeps pace with government health policy, and public messaging about both is clear and consistent.

How about future health campaigns?

The coronavirus is pushing so much of life online and the digital sphere grows more culturally influential.

To stem misinformation, robustly funded and well-resourced government health agencies and government public information campaigns are more important than ever.

During the current crisis, we have the opportunity to learn from the past, while taking advantage of new possibilities.

For instance, government health education can make greater use of social media to explain changing public health policy and regulations.

As Australia prepares for an extended and unprecedented period of mandatory self-isolating, ongoing clear and consistent messaging will be more important than ever.