Australians with few financial resources are going hungry as food services close their doors or buckle under the immense pressure of the coronavirus outbreak.

Australians with few financial resources are going hungry as food services close their doors or buckle under the immense pressure of the coronavirus outbreak.

The dire situation is a result of a domino effect kick-started by the COVID-19 pandemic, panic buying and the hangover from the country's summer bushfire crisis. It's caused the fragile systems in place to feed low-income Australians to collapse.

Richard, who is homeless and in his 60s, said many of the food services he relies on in Sydney's Martin Place, Kings Cross, and Central have closed in the last week.

Some charities, like Will2Live, continue to operate essential services despite the wide-ranging new restrictions announced by Prime Minister Scott Morrison.

Will Hawes, who runs the food van for the homeless, has increased his service days from Monday to Friday, to every day of the week to meet demand. 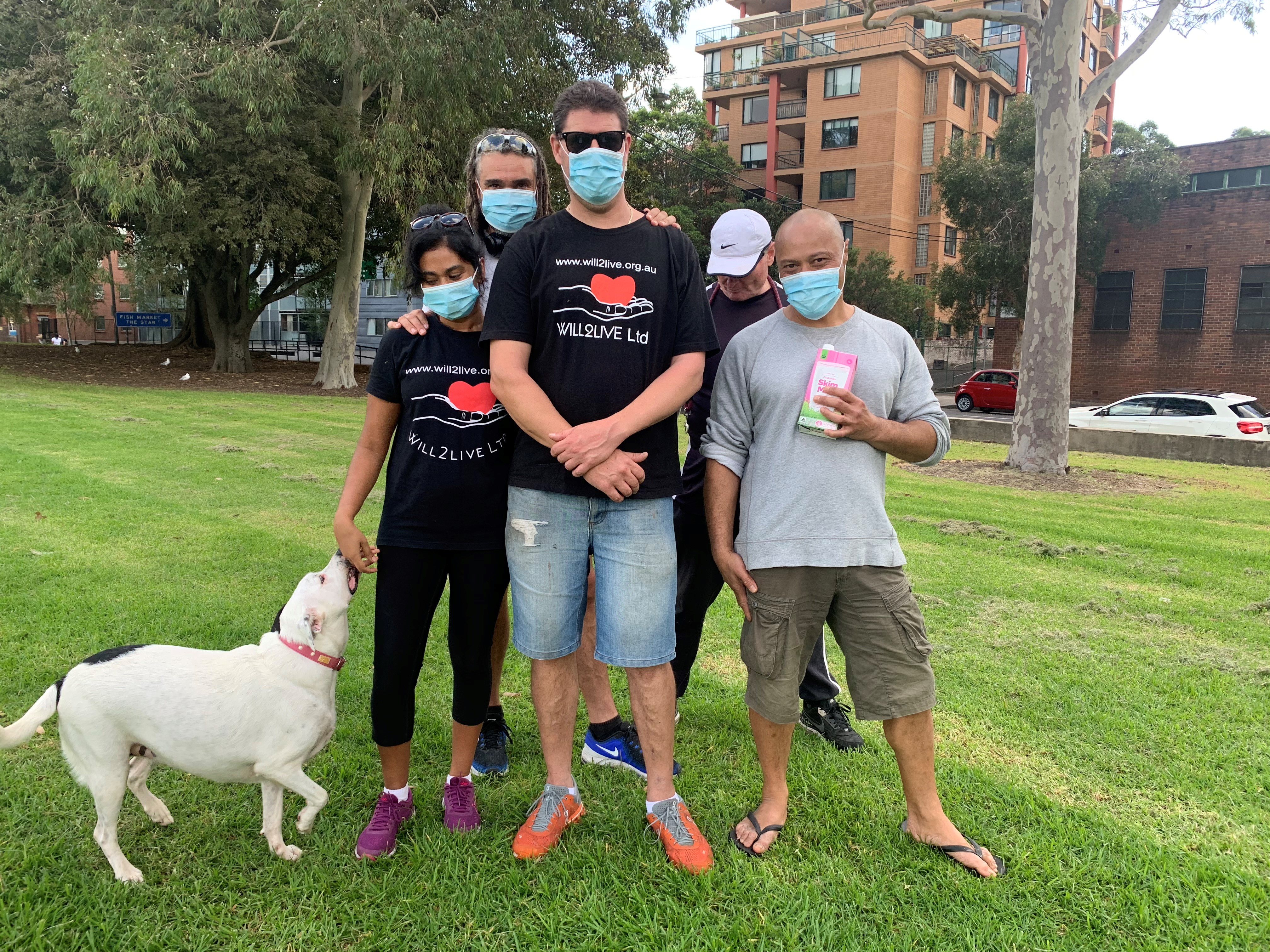 "We're one of the only ones still going," Mr Hawes said.

He said it has been "impossible" to get enough long-life milk for tea and coffee services and sausages for their nightly sausage sizzle since coronavirus caused a wave of panic buying.

The charity also usually gives out meals and sandwiches provided by OzHarvest. But the supply organisation was unable to deliver to him last week and faces continuing disruptions in the future.

OzHarvest rescues primarily fresh food from restaurants, cafes, and airlines – all of which have been severely impacted by the coronavirus outbreak, meaning those sources have largely dried up.

"This week has seen a huge downturn in the volume of food we usually rescue," OzHarvest communications manager Fiona Nearn told 9News.com.au.

"Our vans are only half full and the charities we deliver to say it's just not enough."

'It's a snowball effect'

This has certainly been Mr Hawes experience. The lack of OzHarvest supplies on top of the scarcity of stock in the supermarket has been devastating.

"It's a snowball effect," he said, adding last week was particularly heartbreaking.

"There were so many people who didn't eat on Wednesday night because I just didn't have enough."

He's now worried if he stops operating, the communities he feeds would have to resort to eating out of bins. Richard, who is a regular at Will2Live, was more optimistic.

"I know Australians ­- they're so giving," he said.

A few nights ago, he recounted a man walking through the city who gave him a box of pizza.

"There were three slices left, still hot," he said.

"Who knows, maybe someone else will come tonight."

Despite his continuing faith in the goodness of others, Richard feels like homeless people and those living in poverty are too often neglected from talk about the impacts of coronavirus. "In the bad times, we're forgotten," he said.

Jacinta is the first point of contact in an independent community centre in Western Sydney. She said she is contacted daily by distraught community members without food trying to access their emergency food relief program.

"It's sad and it's frustrating," she told 9news.com.au.

Since the lockdown was announced on Sunday, her community centre plans to give the remainder of their food pantry stock out as parcels by appointment over the next two weeks.

Jacinta expects the program will have to be suspended in April, perhaps even earlier. Much of the food in the community centre's pantry was supplied by Foodbank, which provides about 70 per cent of Australia's food relief organisations.

Foodbank, in turn, get most of its items from excess supermarket stock. But shortages due to panic buying has left the system in disarray.

To add to that, Foodbank relies on volunteers to distribute their produce. Many of them are older Australians, who are particularly vulnerable to COVID-19 and have been advised to stay at home to stop the spread. 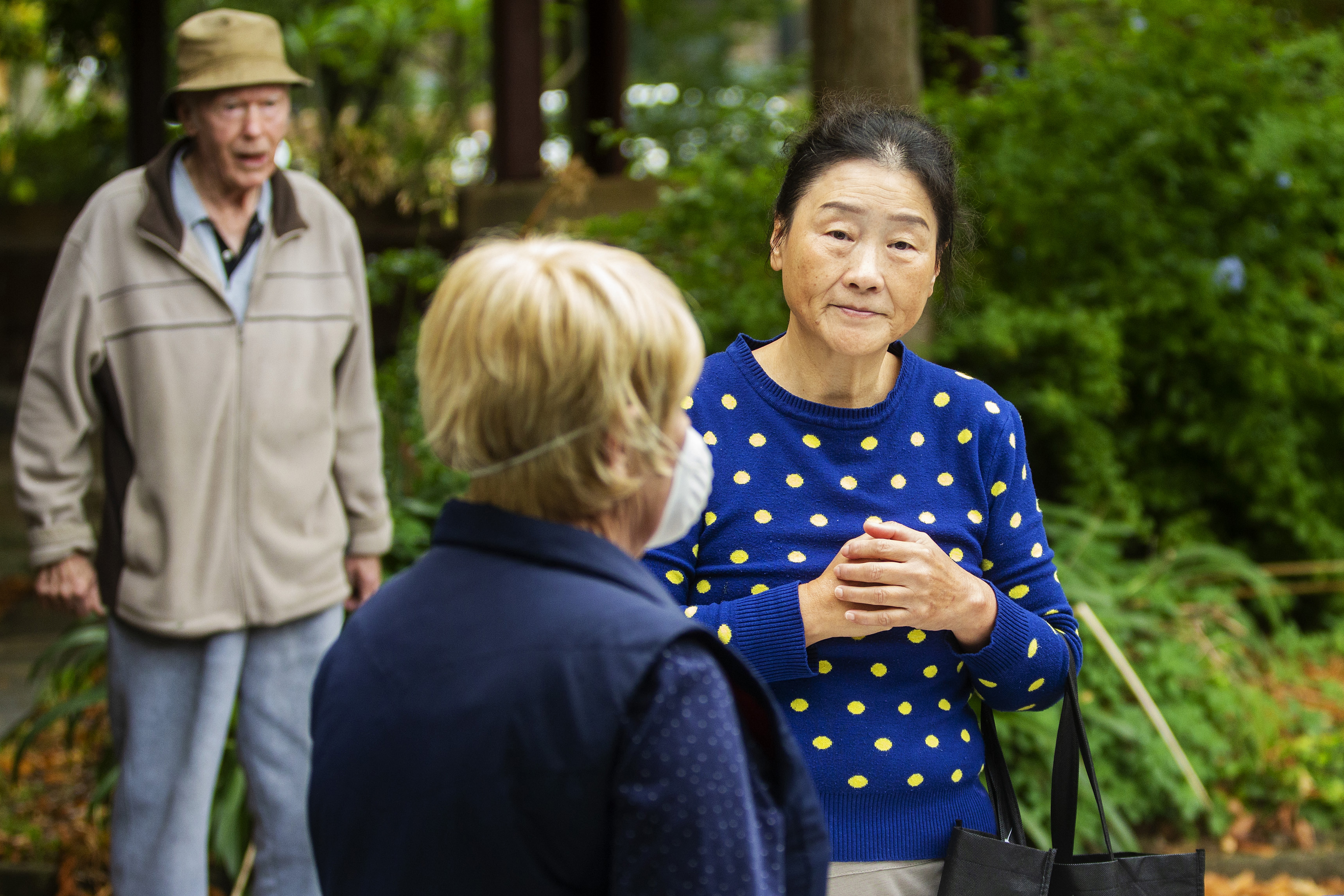 Alongside supply interruptions, service providers are also grappling with how to continue logistically.

All organisations have had to change how they operate to stop the spread of coronavirus. Yet for Australia's largest charities like St Vincent De Paul, Salvation Army, and Anglicare, which have nation-wide operations and massive variety of programs, the task is so immense many of the programs have ceased at least temporarily.

"It's very much day to day. Different centres have different responses at this point," a staff member at a major Salvos centre in Sydney told 9news.com.au.

She has had to shut down her centre to adhere to social distancing measures, which has meant that their food market, a program which allows low-income earners to access cheaper groceries, has also been shut for now.

"It's all new. We've never dealt with this [pandemic] before," she said.

She is still in conversation with her team about how to offer the much-need program in a safe way.

Most ​Salvoes have now decided they will only distribute meals on a take-away basis to try and stop the spread of COVID-19.

In the meantime, programs like their pantry at Sydney Congress Hall has been suspended indefinitely. Coronavirus hits the most vulnerable first and hardest

"Currently our essential services and Vinnies Shops in NSW remain open wherever it is safe and possible, in line with advice from government and health authorities," a spokesperson from St Vincent De Paul told 9News.com.au.

"For the time being, we have ceased visiting people in their homes, but we are still dropping off groceries and essential supplies.

"At this stage things are moving very quickly and there are a lot of different areas that need to be addressed."

Last week, Anglicare suspended their Mobile Community Pantry program in some areas due to health concerns. It is unclear which services will continue to operate in the future.

The suspension or downsizing of many of these food programs could not come at a worse time for the people who access them. The affordable high-energy foods like pasta, rice, and canned items low-income people rely on are precisely the products that have been sold-out in supermarkets across the country because of panic buying.