There were two survivors, while no fatalities were reported in the densely populated area of the city where the aircraft crash-landed yesterday.

Pakistan International Airlines flight PK 8303, an Airbus A320, was flying from Lahore to Karachi with 99 people on board when it went down in mid-afternoon while trying a second landing attempt. 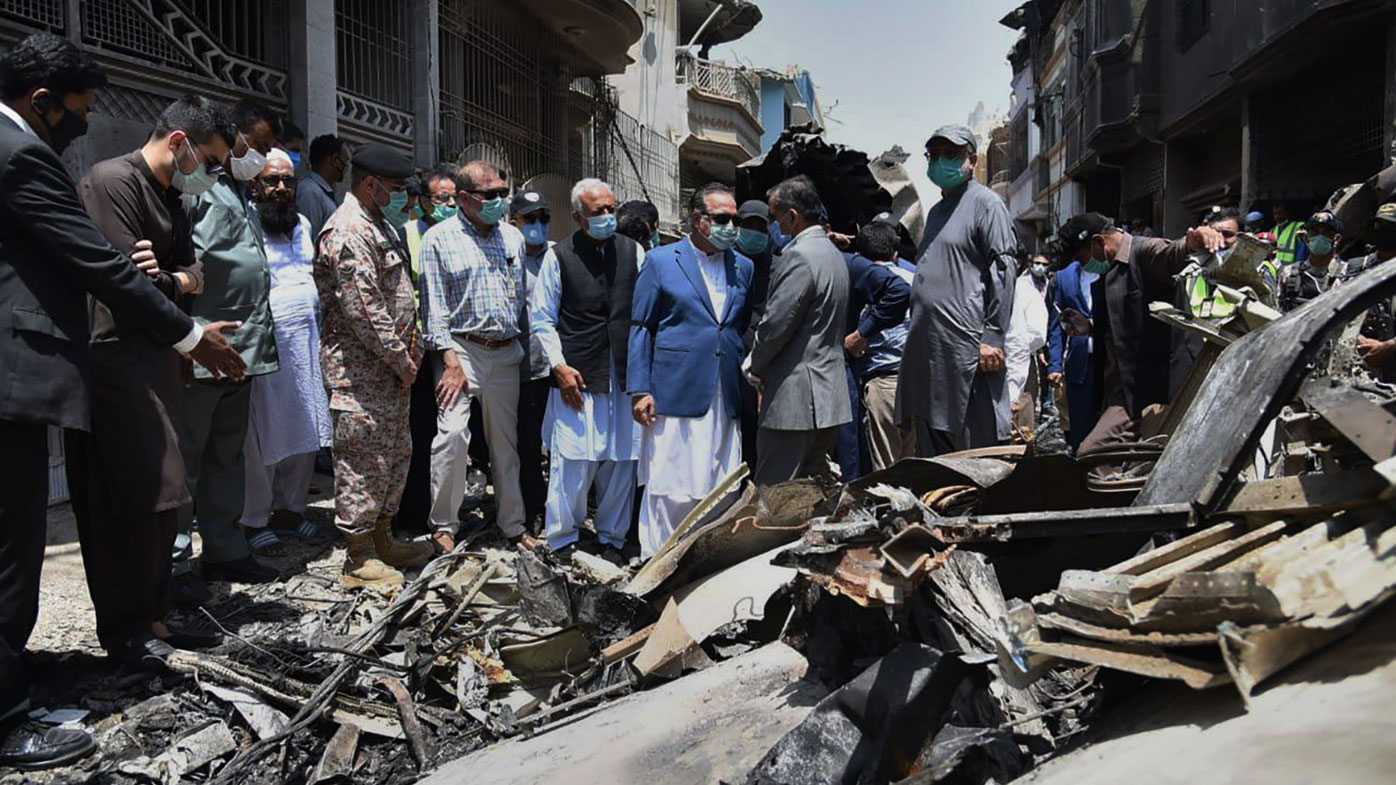 "The black box had been found late yesterday, we are handing it over to the inquiry board," PIA spokesman Abdullah Khan said today. He said that included both the flight data recorder and cockpit voice recorder.

Meeran Yousaf, the provincial Health Department spokeswoman, said only 19 of the bodies from Friday's crash have been identified and that most of the bodies were badly burned. Eight people on the ground were injured, including four who are still hospitalised, and all residents are accounted for, she said.

Pakistan's aviation minister today promised compensation for the family members of victims killed in yesterday's plane crash, as he visited the site where the passenger plane came down in a residential neighbourhood in the coastal city of Karachi. 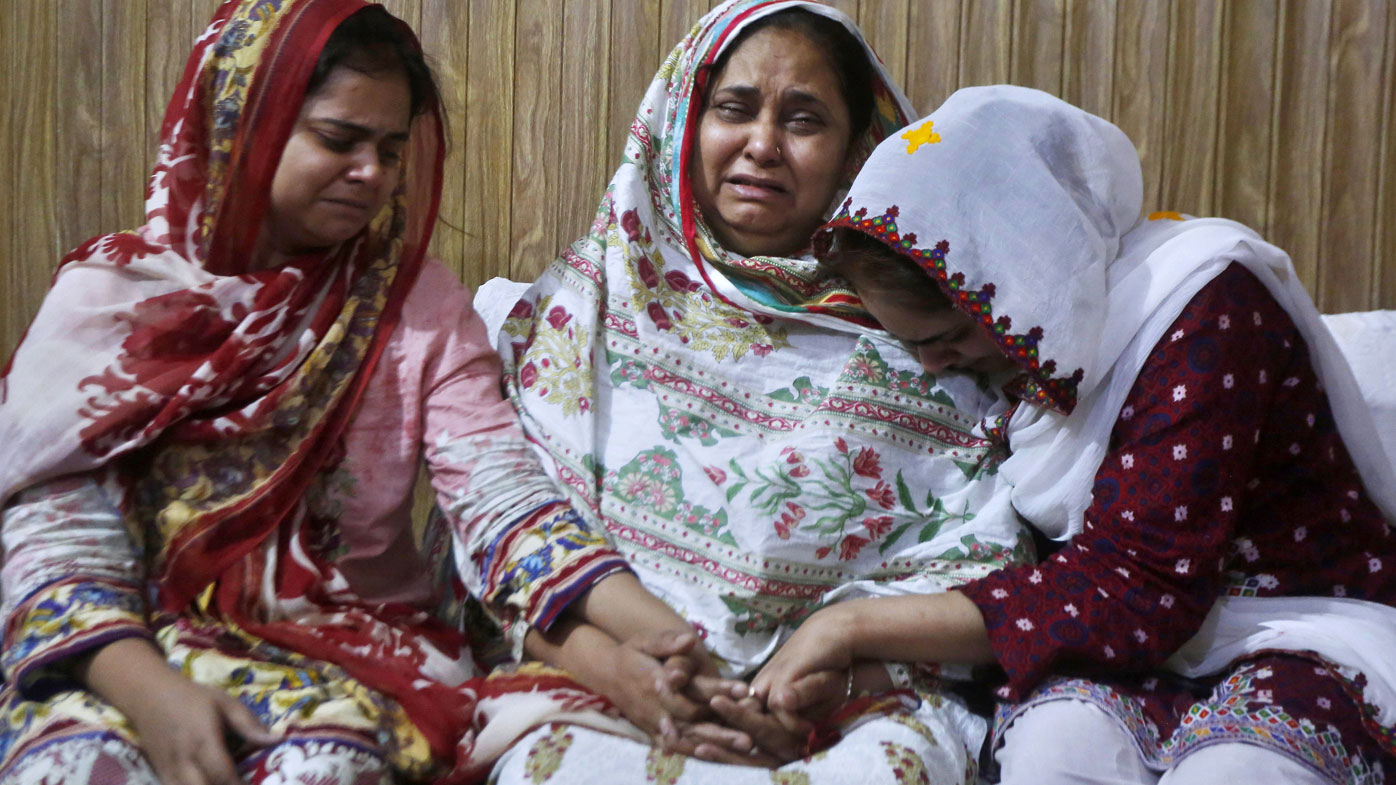 Ghulam Sarwar Khan, Pakistan's aviation minister, also confirmed all repair costs will be covered by the government, and it will be holding a full independent inquiry with officers from Pakistan's air force and representatives from Airbus, and other experts will also carry out a counter inquiry.

Army and civil administration personnel were clearing through the debris in the Karachi neighbourhood on Saturday and assisting residents whose homes had been damaged.

When the plane jolted violently, Mohammad Zubair thought it was turbulence. Then the pilot came on the intercom to warn that the landing could be "troublesome."

Moments later, the Pakistan International Airlines flight crashed into the crowded neighbourhood. Zubair was one of just two surviving passengers. 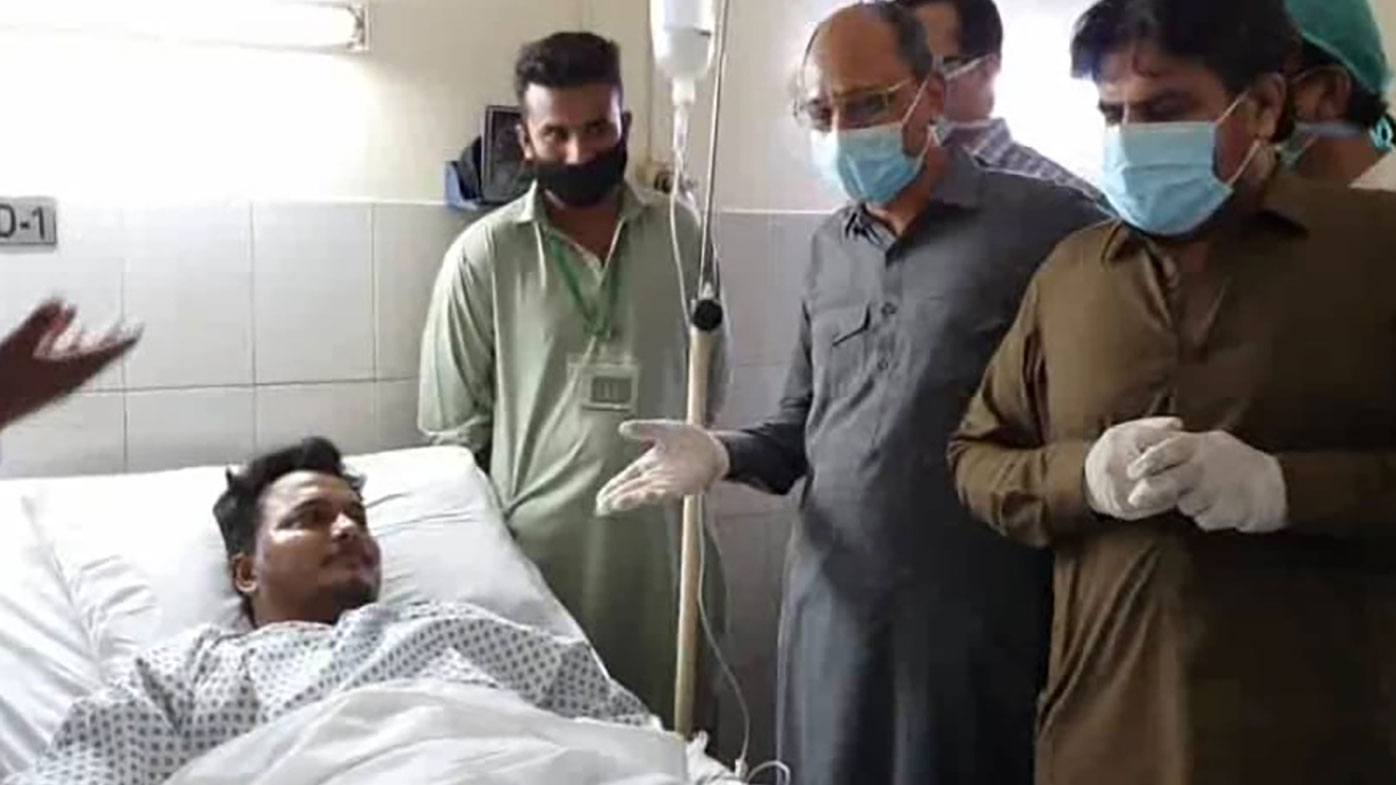 Civil Aviation Authority spokesman Abdul Sattar Kokhar said the Airbus A230 was carrying 91 passengers and eight crew members. The only other survivor of the crash was Zafar Masood, a bank executive.

In a telephone interview from his hospital bed, Zubair, a mechanical engineer, said flight PK8308 had taken off on time from the eastern city of Lahore at 1pm. It was a smooth, uneventful flight until the aircraft began its descent near Karachi shortly before 3pm.

"Suddenly the plane jerked violently, once and then again," said Zubair.

The aircraft turned and the pilot's voice came over the intercom. They were experiencing engine trouble and the landing could be "troublesome," the pilot said. That was the last thing Zubair remembered until he woke up in a scene of chaos.

"I saw so much smoke and fire. I heard people crying, children crying."

He crawled his way out of the smoke and rubble, and was eventually pulled from the ground and rushed into an ambulance.

Many of the passengers aboard the flight were families returning home for the holiday, said Science Minister Fawad Ahmed Chaudhry.

Between the coronavirus pandemic and the plane crash, this year has been a "catastrophe," he said.

"What is most unfortunate and sad is whole families have died, whole families who were travelling together for the Eid holiday," he told The Associated Press.

Social media and local news reports said Zara Abid, an actor and an award-winning model, was among those killed. 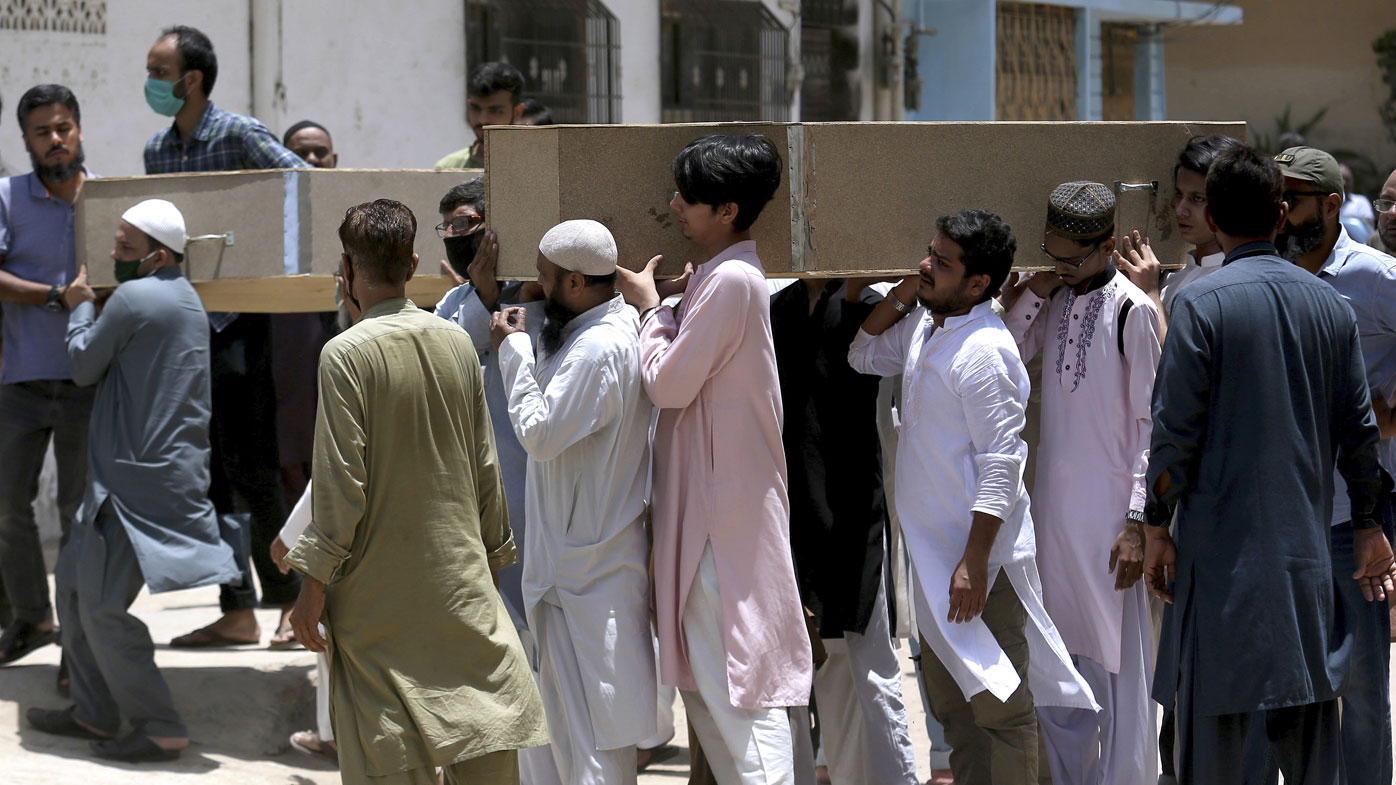 A senior banker, his wife and three young children were also reportedly killed.

Shabaz Hussein, whose mother died in the crash, told The Associated Press he identified her body at a local hospital and was waiting to take it away for burial.

The airline's chief executive, Arshad Malik, said on Friday the last message received from the pilot indicated there was a technical problem.

Another senior civil aviation official told Reuters it appeared the plane had been unable to lower its landing gear for the first approach.

Seconds before the crash, the pilot told air traffic controllers he had lost power from both engines.

A transmission of the pilot's final exchange with air traffic control, posted on the website LiveATC.net, indicated he had failed to land and was circling to make another attempt. 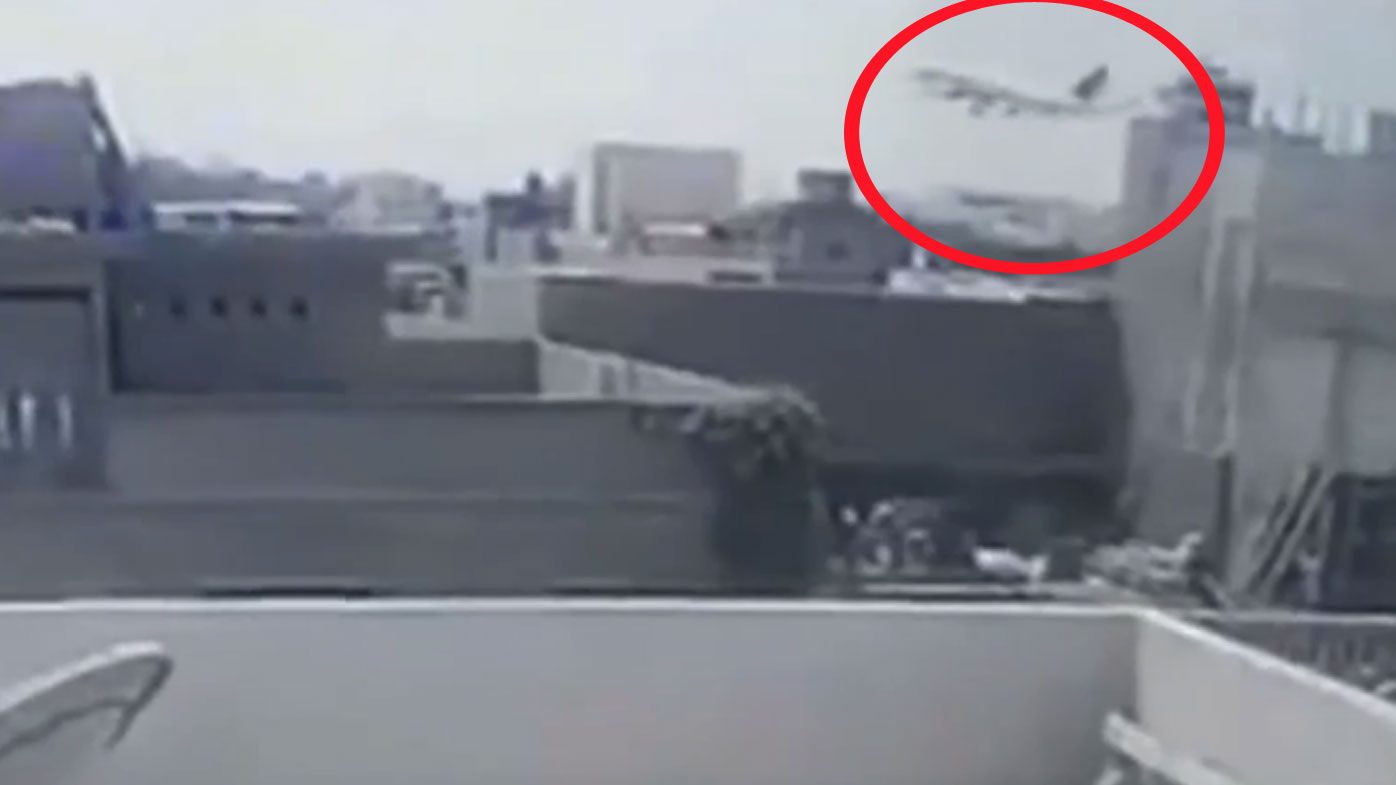 "We are proceeding direct, sir — we have lost engine," the pilot said.

PIA Chairman Arshad Malik told reporters yesterday that an independent inquiry would be held but said the aircraft was in good working order.

Airbus said the jet first flew in 2004 and was fitted with engines built by CFM International, co-owned by General Electric and France's Safran.

Pakistan's prime minister Imran Khan announced soon after the crash that there would be an inquiry.

- Reported with Associated Press and AAP 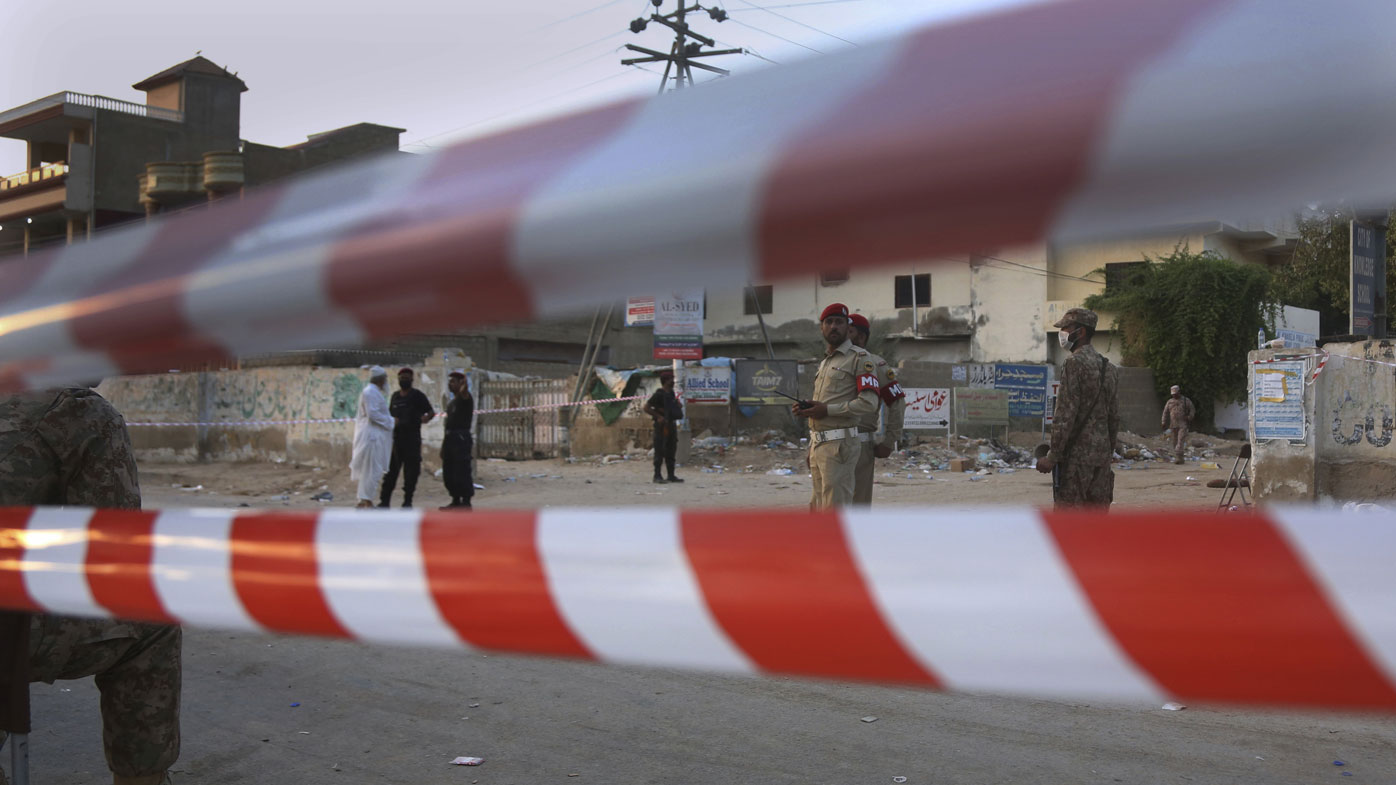