An elderly man’s face which was suddenly overcome by an unexplained redness and puffiness has been linked to his pacemaker.

An elderly man's face which was suddenly overcome by an unexplained redness and puffiness has been linked to his pacemaker.

The 75-year-old man had been baffled by erythema of the face, an unusual puffy redness which had appeared out of nowhere four weeks earlier.

His progressive facial swelling was mirrored in his arms and he had also complained of dizziness, The New England Journal of Medicine reports. 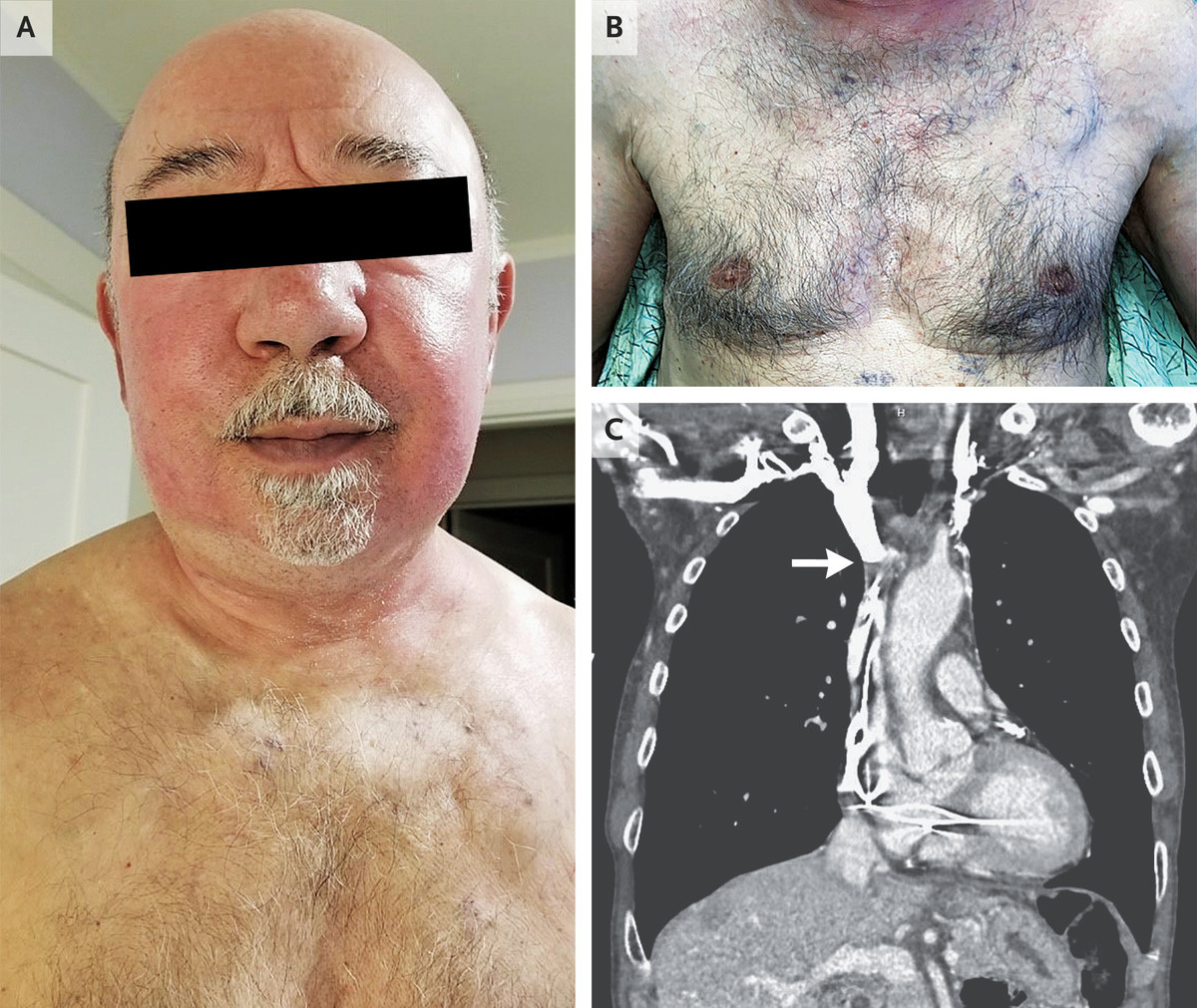 On further investigation, doctors discovered that the man's pacemaker, which had been inserted into his chest eight years earlier, was the cause.

Two years prior to seeking help for redness in his face, the leads on his pacemaker had been replaced.

A radiography scan of the chest revealed the pacemaker was in place and seemed to be functioning correctly.

However, further investigation by computed tomographic venography showed the transvenous leads of the pacemaker were linked to his red face after all.

The scan showed compression of the man's upper superior vena cava, which was causing blood clotting.

With the problem diagnosed, one month later the man's pacemaker was extracted and replaced with a leadless system.

The man's red face, puffiness and dizziness all disappeared within three days of the operation, doctors said.

The report did not identify the man or his location.