Four hippos left behind on Pablo Escobar’s private zoo have multiplied to over 80 promoting environmental and safety concerns from the Colombian government.

Maria Jaramilla awoke in the middle of the night to the sound of her panicked mule.

When she looked out across her small yard, her confusion turned to shock: a hippopotamus had wandered down her driveway and was inspecting her house. 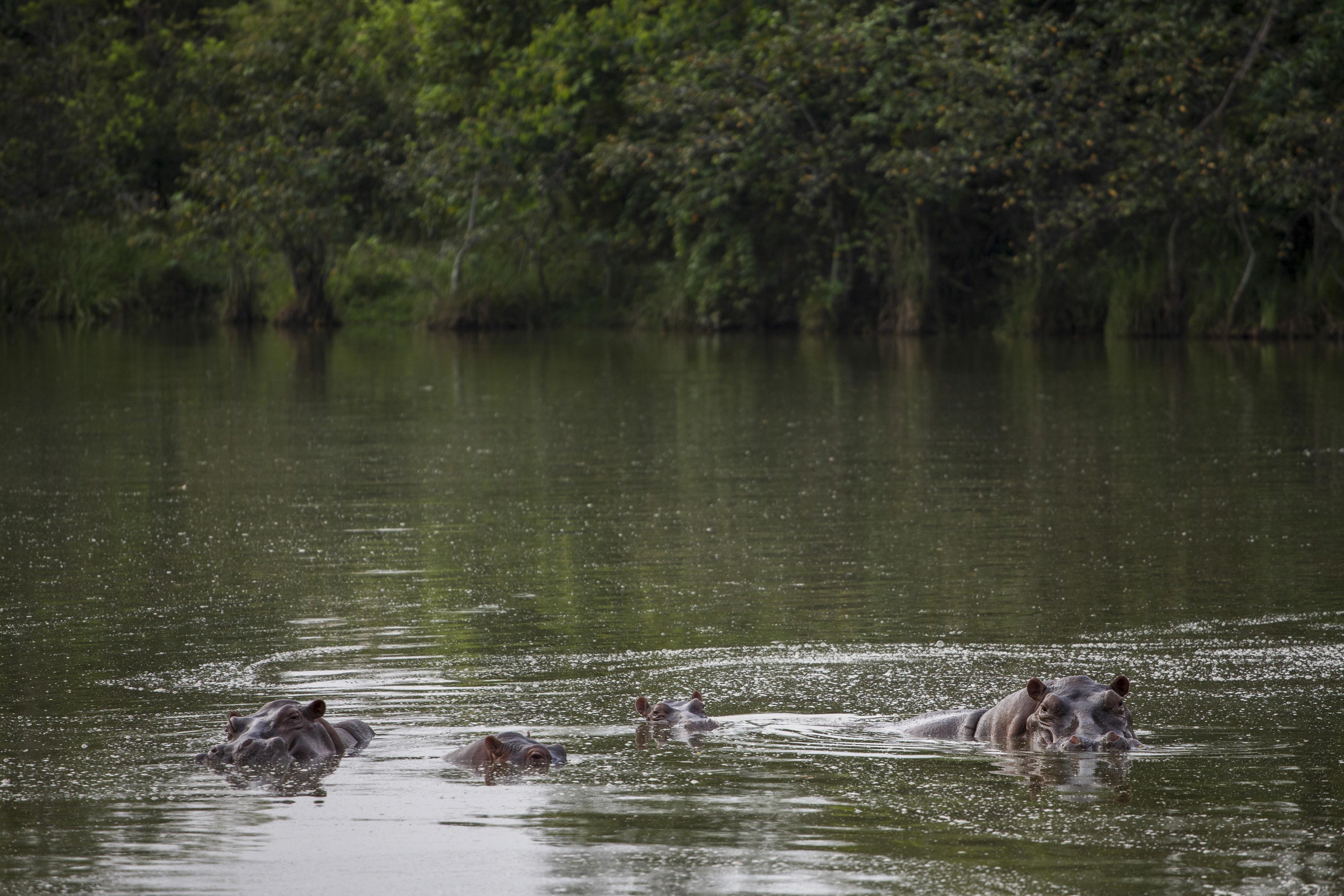 Since that night in 2018, the hippos have kept coming — wandering down the back streets of rural Doradal, a small Colombian town a four-hour drive from Medellin. Occasionally a hippopotamus will appear on the local soccer pitch to graze.

The problem has a particularly unique origin story.

When infamous drug lord Pablo Escobar died in 1993, he left behind his private zoo in Hacienda Napoles, Colombia, where he kept a range of wild animals including four hippos. Following his death, most of the animals were relocated. But not the hippos. Their size and cost to transport meant they were left to roam on the 2,225 hectare reserve and while Escobar's estate fell into disrepair, the animals thrived.

Now, it is estimated there are more than 80 hippos inhabiting the area around the Rio Magdalena, Colombia's principal river and they are causing significant issues for the Colombian government and the local community.

Students at a small primary school behind Escobar's former estate now arrive for class each day by passing a sign that reads "danger — hippopotamus present".

"We have to lock ourselves inside with the children to try and avoid an accident." 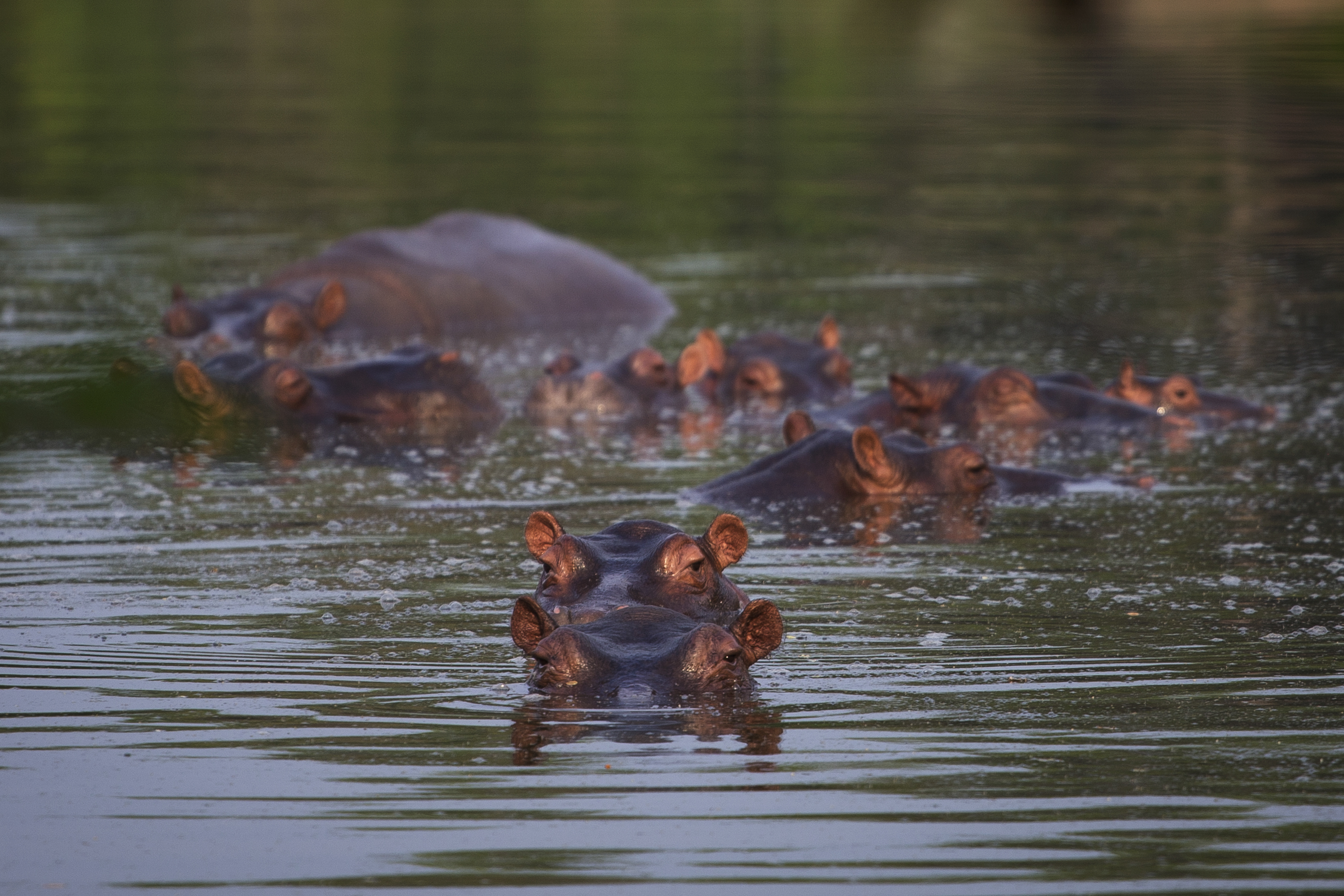 So far, the hippos have refrained from attacking humans, but as their numbers grow and they expand into more populated areas, experts fear an attack could be inevitable.

READ:  House that could bring hope to child cancer warriors

Yet the hippos are adored by many of Doradal's residents for their surprise visits and the economic boost their presence brings in the form of tourism. Each afternoon in the town's main park, children hang and play from statues of the hippos while shops throughout the town sell key rings and souvenirs of the animals.

The hippos are also having an impact on the native flora and fauna with indications the presence of the animals is displacing some local species.

A new study by researchers at the University of California, San Diego, found the hippos are changing the quality of the water in which they spend much of their time. The hippos feed at night then spend the day cooling off in the water where they defecate, changing the chemistry in the lakes.

"That can have various negative consequences, from the outbreaks of harmful algae blooms and things like red tide bacteria," Jonathan Shurin, a UCSD biologist who led the study, said.

"If their population keeps growing the way it is, the potential impact could be much more severe."

That has left local authorities scrambling to come up with a solution to the hippopotamus problem. 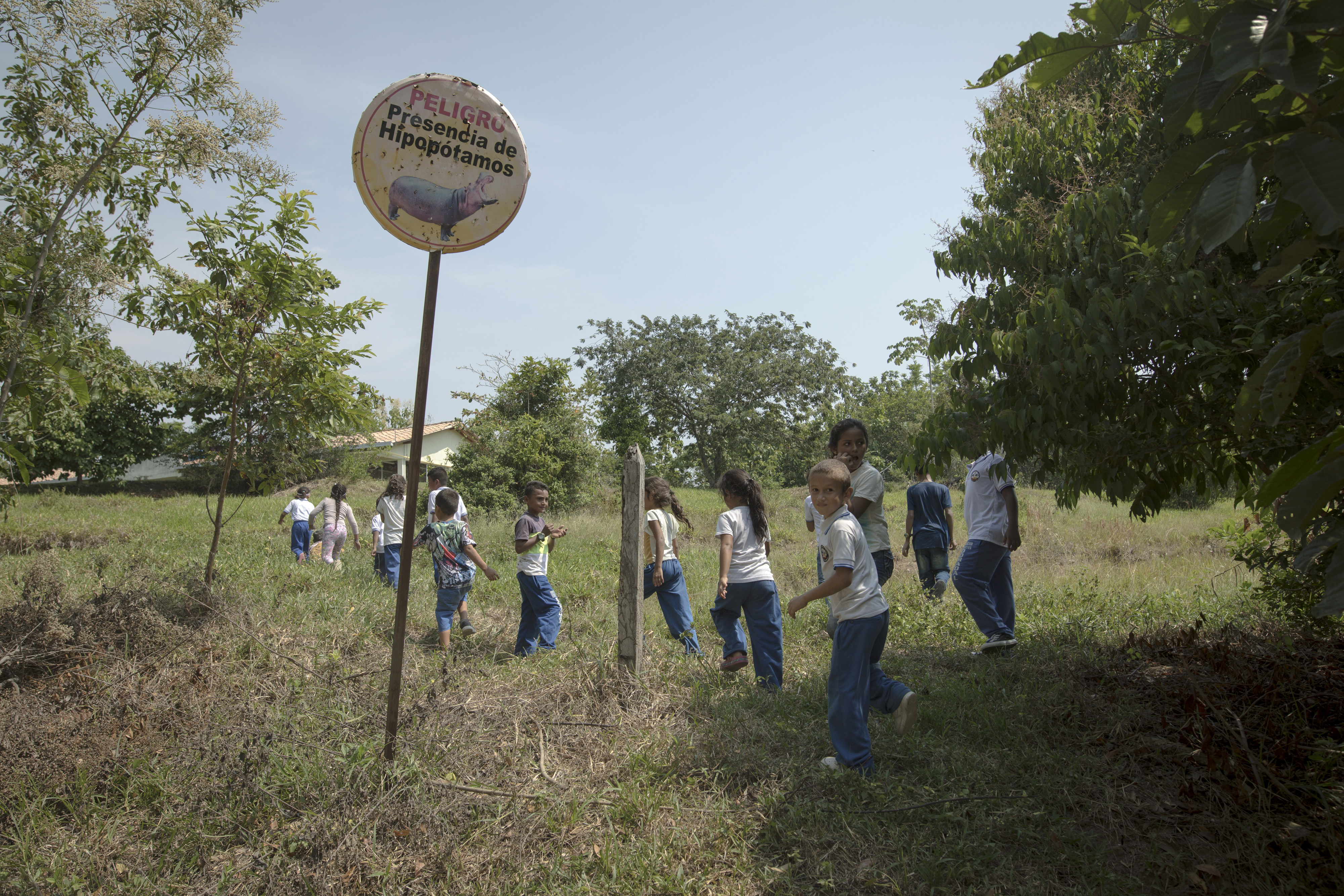 Cornare, the environmental agency that is responsible for the region where the hippos are currently located, has been tasked with finding a solution that residents are comfortable with but that also deals with the animals in a humane way.

"It's urgent," Gina Serna, a specialist with Cornare who helps manage the hippopotamus issue, said.

"We already have a report of a family of hippopotamuses in the Magdalena river. The Magdalena connects almost all of Colombia so they could move into any part of the country."

READ:  Bec Judd is mad because the 5km rule means she can’t walk from one end of her house to the other

Now a plan has been hatched to sterilise the animals. Serna and a group from Cornare last year conducted an in-the-wild surgical sterilisation of a female, the first ever in Colombia.

It's a complex procedure that requires luring and trapping a hippo in a corral before using sedatives to put it to sleep. Just cutting through a hippo's dense layers of skin, fat and muscle takes three hours. Then the animal is sterilised and stitched up and allowed to return to the wild while their recovery is monitored. 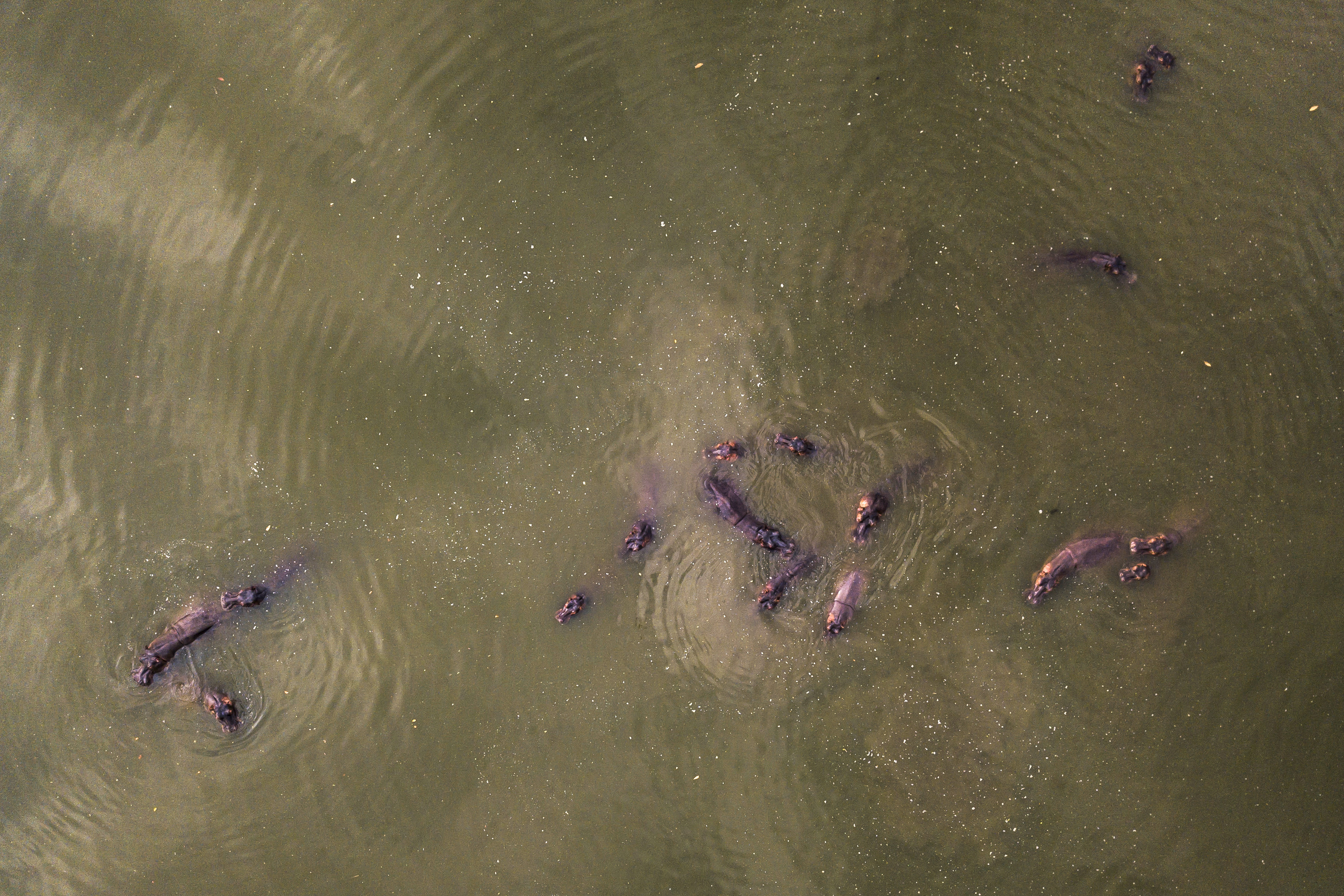 But they acknowledge that won't be enough to contain a hippopotamus population that is estimated to quadruple over the next 10 years and could eventually reach into the thousands. For now, it's as much as they can afford.

"With more help and more money, we could be more effective," Ms Serna said.

In the meantime, the locals are learning to live with their new neighbours.

For Giver Cardona, that means being extra careful when driving his wife to work on their motorbike along the dirt roads behind Hacienda Napoles.

One morning this year, Mr Cardona was returning home from dropping his wife off before sunrise when he rounded a corner and collided with a large, dark object. It was a hippopotamus.

As the 31-year-old scrambled to his feet, he was relieved to see the hippo had the same response as him — to run away.

"Now when I pass by here in the mornings I go slowly and check around every corner," Mr Cardona said. "They keep us worried."

READ:  Shepparton community 'the best of Victoria' in responding to COVID-19 outbreak