Normally, migrants who want to request asylum in Mexico are allowed to cross the bridge. But many migrants prefer to pass through Mexico en route to the US, which has repeatedly asked Mexico to impede their arrival.

Speaking on condition of anonymity, a Mexican marine told The Associated Press on Friday (local time) that his orders were to form a "human wall" to contain the flow of migrants. 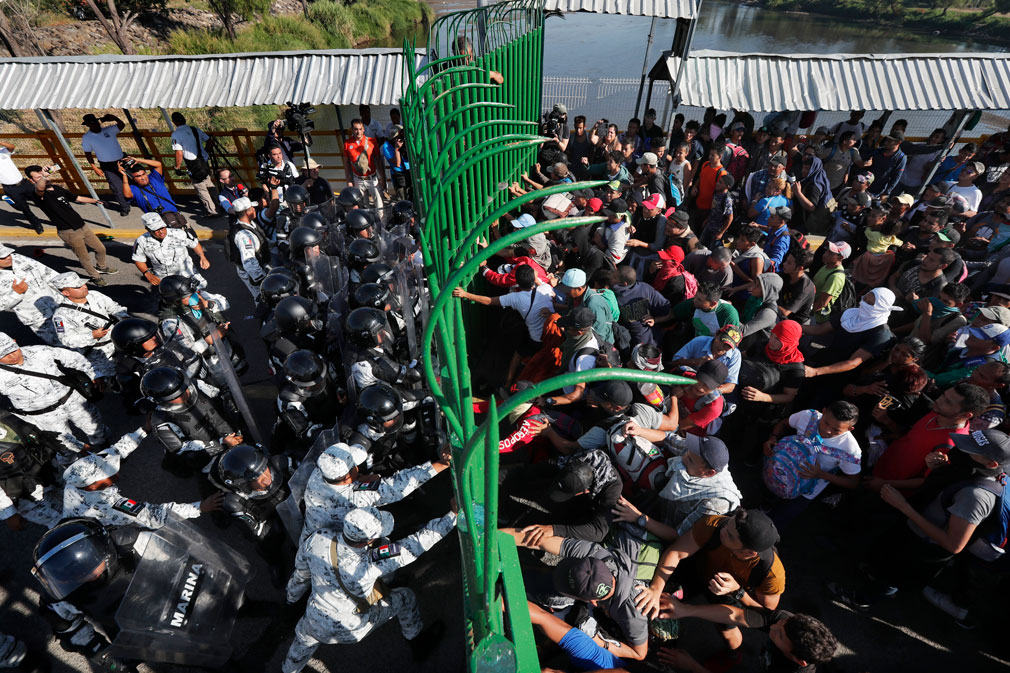 On Saturday, babies cried and tempers flared as hundreds of Mexican National Guardsmen blocked the path of thousands of migrants.

Mexico's National Migration Institute said via Twitter on Saturday that it had reinforced multiple points along the country's southern border to assure "safe, orderly and regular immigration".

As the crowd swelled on the bridge over the Suchiate, amid shoves, Mexican officials allowed several dozen migrants to enter the country in groups of 20, while a voice over a loudspeaker warned migrants against trying to slip into Mexico without passing through immigration filters.

Guatemalan authorities estimated that 2500 migrants were on the Suchiate bridge, or attempting to get onto it, on Saturday.

Nearby, hundreds of guardsmen lined the river to prevent migrants from crossing into Mexico clandestinely. The voice on the loudspeaker warned, over and over, that those aiming to transit through the country may not be granted asylum in the US, even if they make it there.

READ:  The Holdens tipped to boom in price 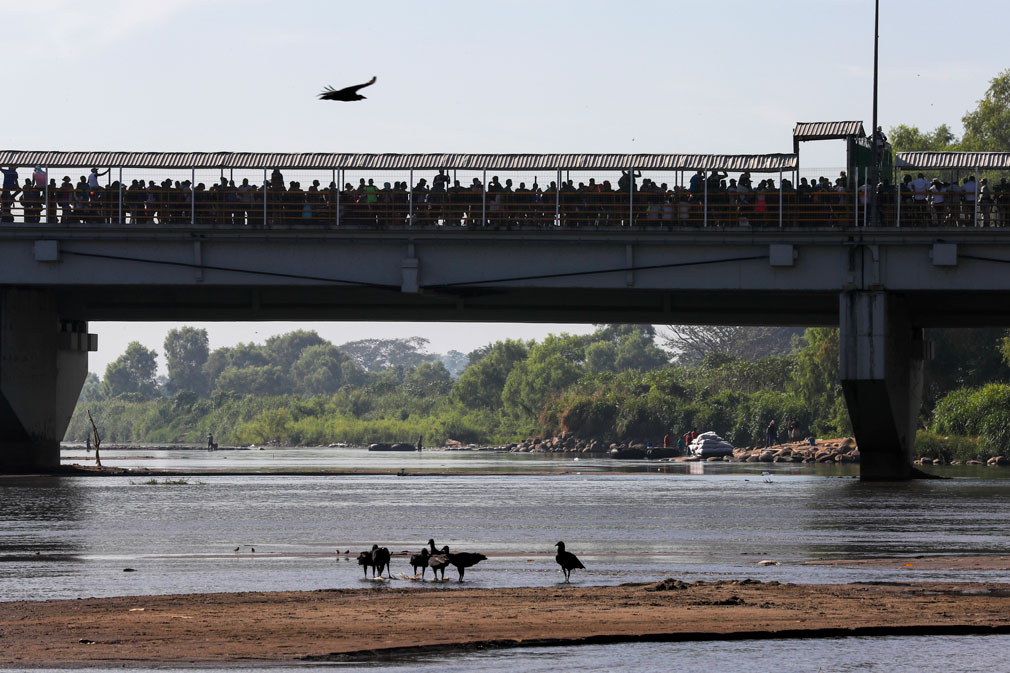 Mexico's government has said migrants entering the country without registering will not be allowed to pass from its southern border area. But those seeking asylum or other protections will be allowed to apply and legalise their status in Mexico.

Guatemalan officials have counted roughly 3000 migrants who registered at border crossings to enter that country in recent days, and estimated there were an additional 1300 migrants who did not register.

Vicente Hernández, head of the Mexican armed forces in the border area, told migrants on the Guatemalan side of the border that "there are opportunities for everyone" in Mexico.

"Here you just have to register," he added, saying that Mexican officials would then offer the migrants jobs.

Mexico's offer of legal status and potential employment for migrants carries a stipulation that would confine migrants to southern Mexico, where wages are lower and there are fewer jobs than elsewhere in the country.