McDonald’s has revealed mandatory temperature checks are being conducted on employees across its fast food outlets in Victoria under a new coronavirus measure.

McDonald's has revealed mandatory temperature checks are being conducted on employees across its fast food outlets in Victoria under a new coronavirus safety measure, despite the union slamming it as a "gross" invasion of privacy.

The fast food giant confirmed to 9News the temperature checks were conducted by a manager before a staff members began their shift and if they returned a feverish result, they would be ordered home.

9News understands the strict new coronavirus measures would be rolled out across all Victorian outlets by June 1. 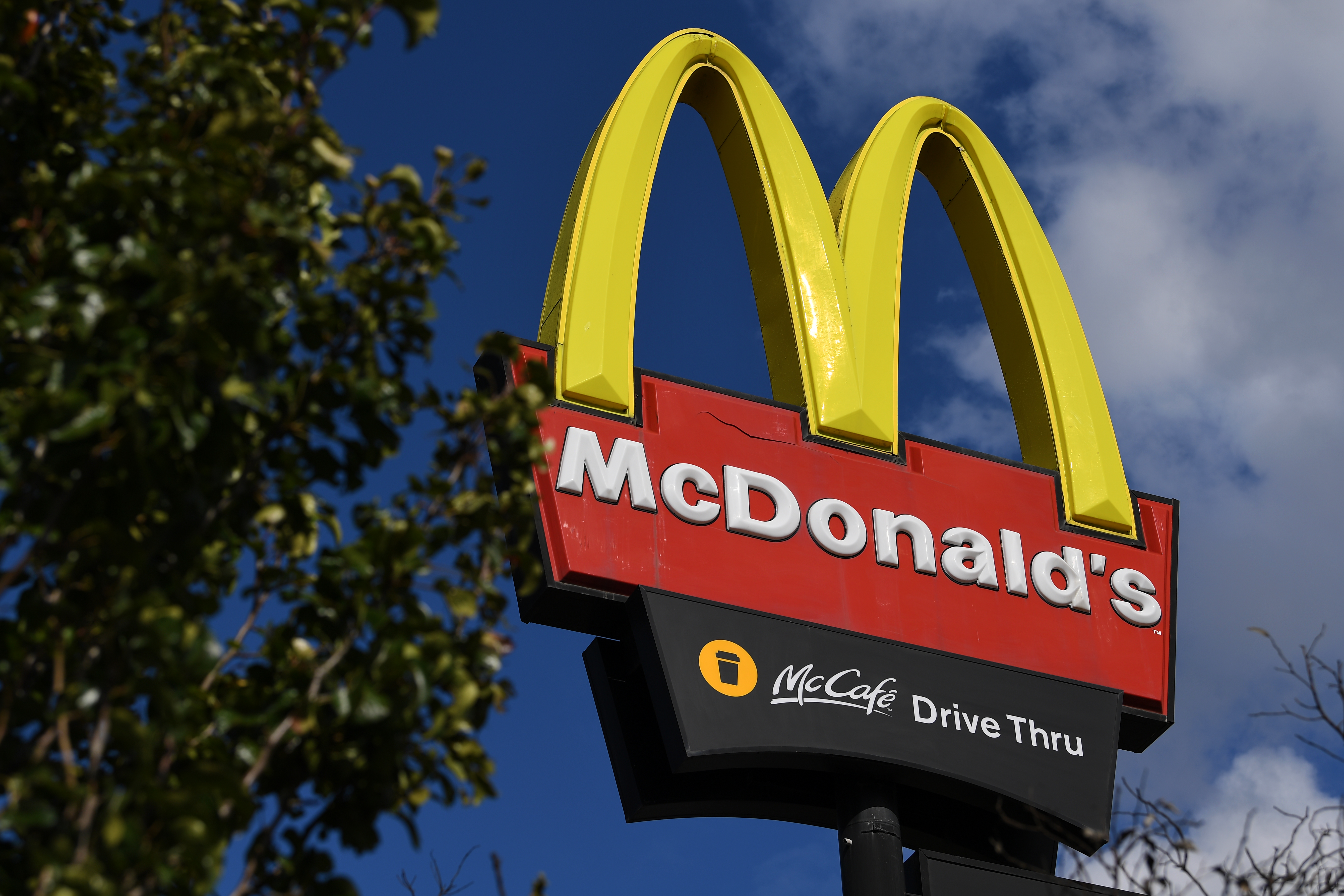 "We are currently trialling the use of temperature checks in Victoria in accordance with the State Government's previously published advice and the best interests of the health and safety of our people and customers," a McDonald's Australia spokesperson said in a statement.

"All temperature checks are non-invasive and will be conducted by a manager, using a contact-free thermometer.

"It is compulsory that an employee undergoes a temperature check before they are permitted to start a shift.

"As stated by the Government, staff are directed to stay at home if they have a fever (a temperature of 37.5°C or greater), or if they have any symptoms.

"As has always been McDonald's protocol, any employee must not attend work if they are feeling unwell or have any symptoms of illness."

It comes after a number of McDonald's staff members have tested positive to coronavirus over the past month, including at the Fawkner and Craigieburn outlets in Melbourne.

A delivery driver also forced the closures of 12 stores in Victoria after testing positive to the virus.

However, the Department of Health has confirmed it did not mandate the temperature checks. 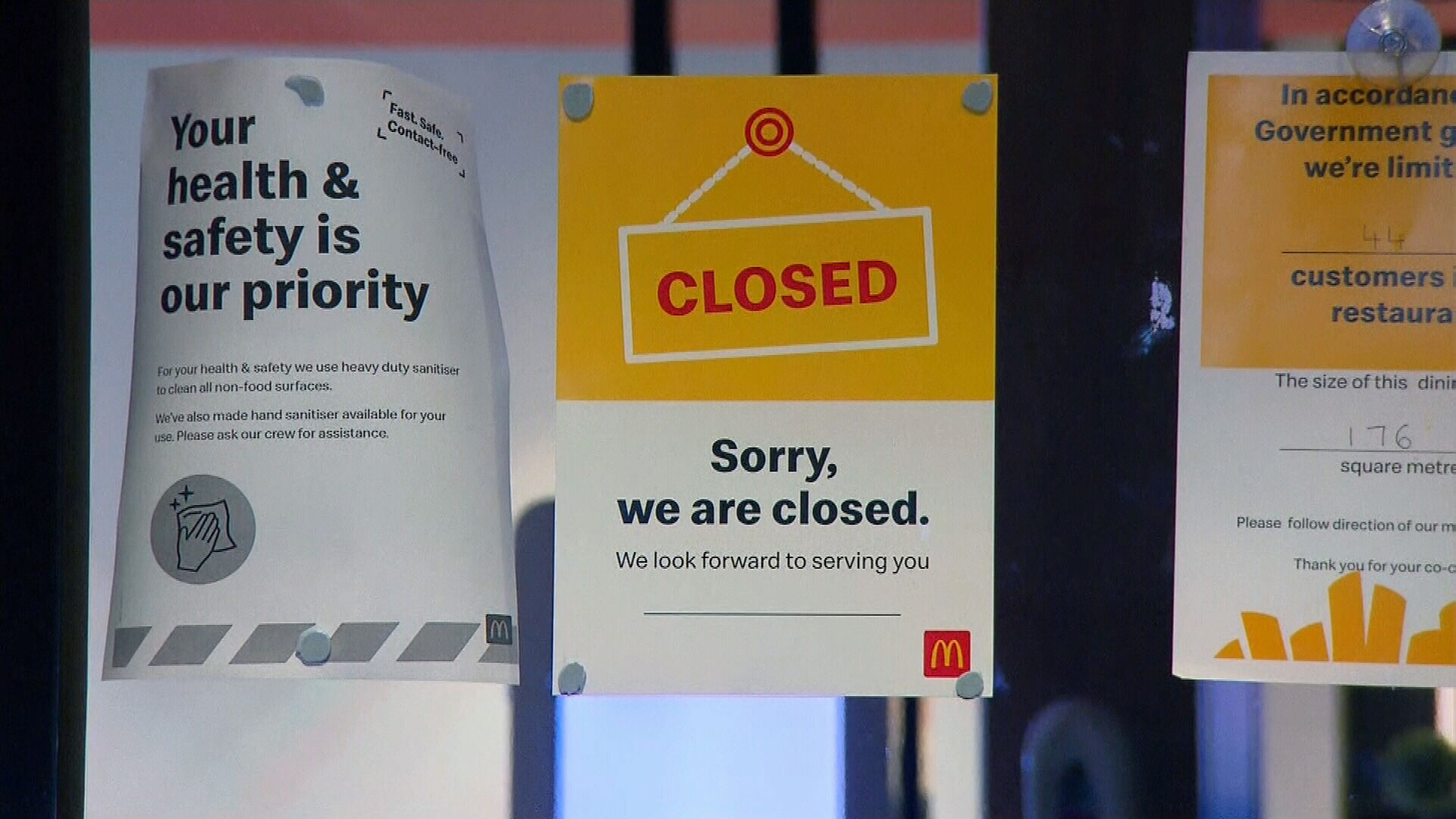 The Retail and Fast Food Workers Union (RAFFWU) hit out at the new procedure, claiming members were told that if they worked without undertaking the checks, they would be liable for fines.

9News also understands workers reported the thermal guns were not properly calibrated, with staff recording temperatures as low as 24 degrees.

"RAFFWU is deeply concerned by the forced thermal checking of workers by untrained managers using non-accredited and uncalibrated devices," a union spokesperson said.

"Our members have been threatened with fines if they work without checks and told by managers the checks have been mandated by the Victorian Department of Health.

"Workers were not consulted about the policy or given any opportunity to voice concern."

The union said the temperature checks should be conducted by trained professionals in clinical settings, rather than at the fast food outlets.

They also claimed the fast food giant was not providing workers with "safe hand sanitiser".

"This is preposterous," the spokesperson said.

"We have put McDonald's Australia and its licensees on notice that we will not hesitate to enforce the workplace rights of our members."

Victoria has recorded another eight coronavirus cases, bringing the state's total to 1618.

Four infections were from routine COVID-19 testing, two cases were staff members at Lynden Aged Care in Camberwell, one was a returned traveller in hotel quarantine and another case is under investigation.

The new aged care infections take the total of cases at the facility to three, with the two employees returning positive results yesterday. 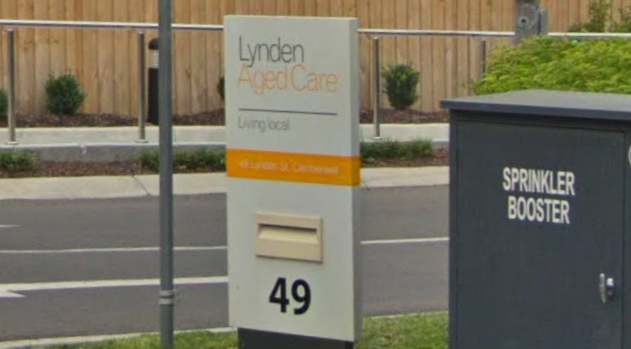 In a statement to 9News, Lynden Aged Care CEO Carolyn Panassie said both staff members were asymptomatic and were recovering at home in self-isolation.

"We are doing everything we can to stop the spread," she said.

"We have people onsite from DHHS, including staff who have extensive experience managing COVID outbreaks.

"The facility remains in lockdown and we are continuing to follow the strict procedures."

A second round of virus testing for all residents and staff is underway, as the Department of Health conducts contact tracing.

Premier Daniel Andrews said the state's testing blitz remained "critical" to ensure the spread of the virus remained under control.

"Even if you have mild symptoms come forward and be tested, it's a powerful contribution that allows us to make really good, cautious and evidence-based decisions," he said.