An out-of-control car has smashed into a Gold Coast boatyard, sparking a fireball and leaving a path of destruction.

An out-of-control car has smashed into a Gold Coast boatyard, sparking a fireball and leaving a path of destruction costing tens of thousands of dollars.

Just before 1am on Sunday, the Mustang ploughed over a power box, through a fence and smashed into boats at the Biggera Waters boatyard before the vehicle burst into flames.

Police say the driver of the Mustang was overtaking another vehicle at high speed when he lost control of the muscle car. 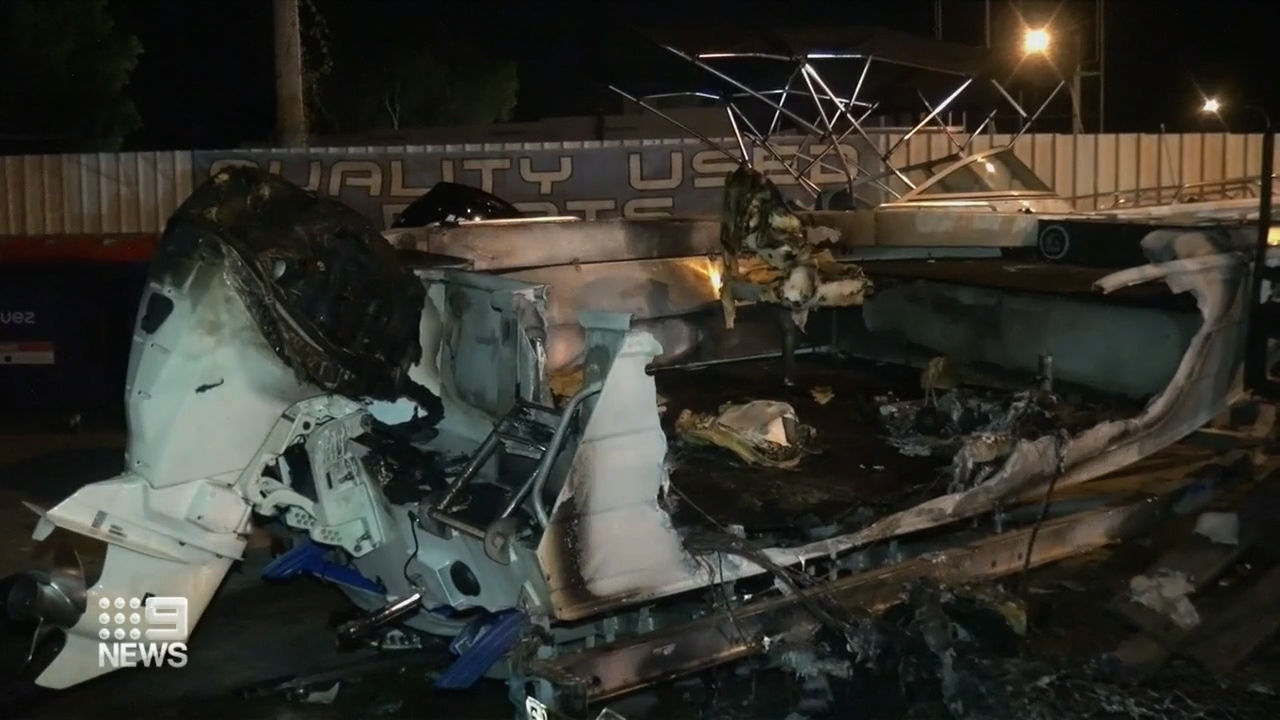 The driver walked away from the accident unscathed though was issued two fines, one for speeding and one for driving without due care.

The luxury car was left a charred mess.

"The car has struck a number of concrete bollards which could have rendered the driver unconscious," Queensland Police's Brendan Wiblen told 9News. 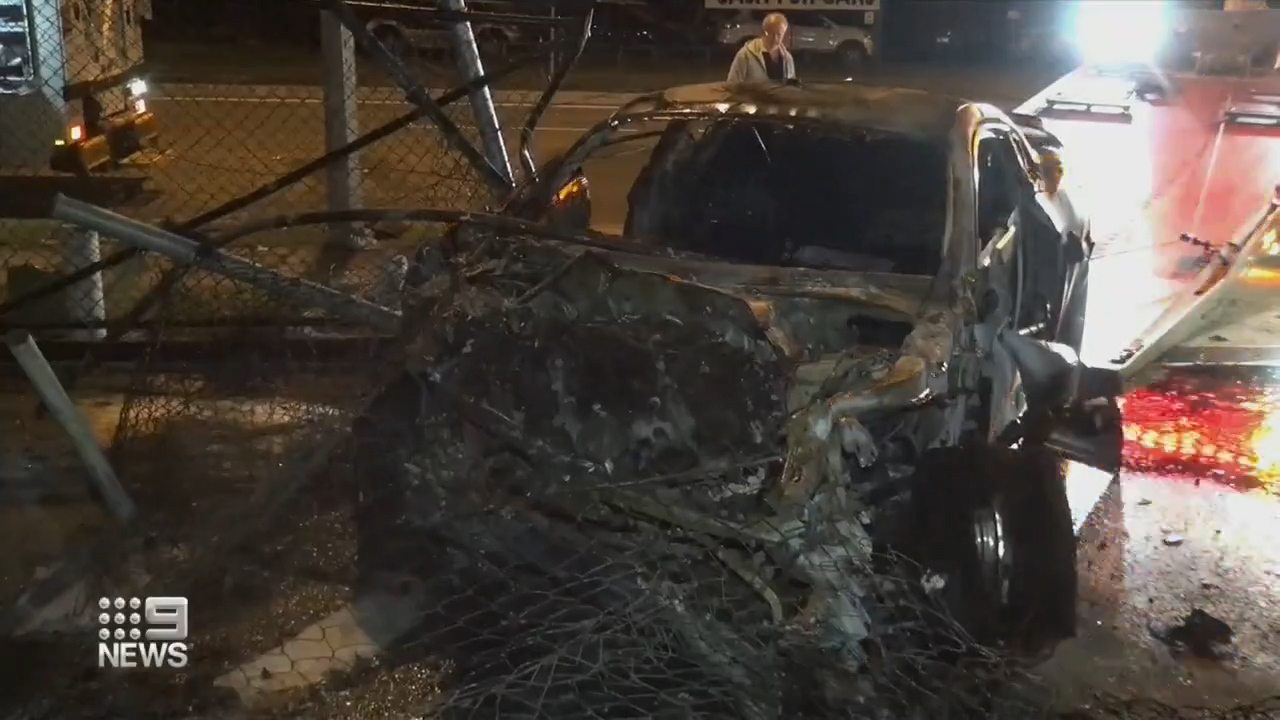 "If he had been rendered unconscious and the fire had then started, he was in desperate trouble. We're just very fortunate today that nobody has been seriously injured."

9News understands the boatyard is facing a damage bill estimated to be in the tens of thousands of dollars.