They went out on the boats for a diving trip, but what they experienced was much more stunning and sobering.

They went out on boats for a diving trip, but what they experienced was much more stunning and sobering.

A group of boaters filmed as a pod of orcas, or killer whales, hunted down a group of dolphins off the coast of Mexico.

Miguel Cuevas of Cabo Pulmo Divers filmed as the cetaceans leapt out of the water at the tail-end of Baja California.

From the same excursion, underwater footage shot by Rivaldo Castro shows a bottlenose dolphin being chased by the much larger orcas.

Moments later, a dolphin jumps out of the water, only to be rammed in mid-air by an orca.

The dolphin is knocked straight back into the water as the orca continues a stunning arc reaching about 5m above the surface.

It's unlikely to be an accident.

Orcas tend to batter their prey into serious injury with a series of head-on collisions and fin slaps.

It is only then that orcas are able to eat their prey.

The fate of this particular dolphin is not known.

The name "killer whale" is a misnomer, in that killer whales are actually types of dolphins.

But to many ocean dwellers, orcas are killers indeed.

The apex predators hunt in packs, and feed on dolphins, seals, walruses and fish.

READ MORE: A killer whale who grieved her dead calf for days is a mother again 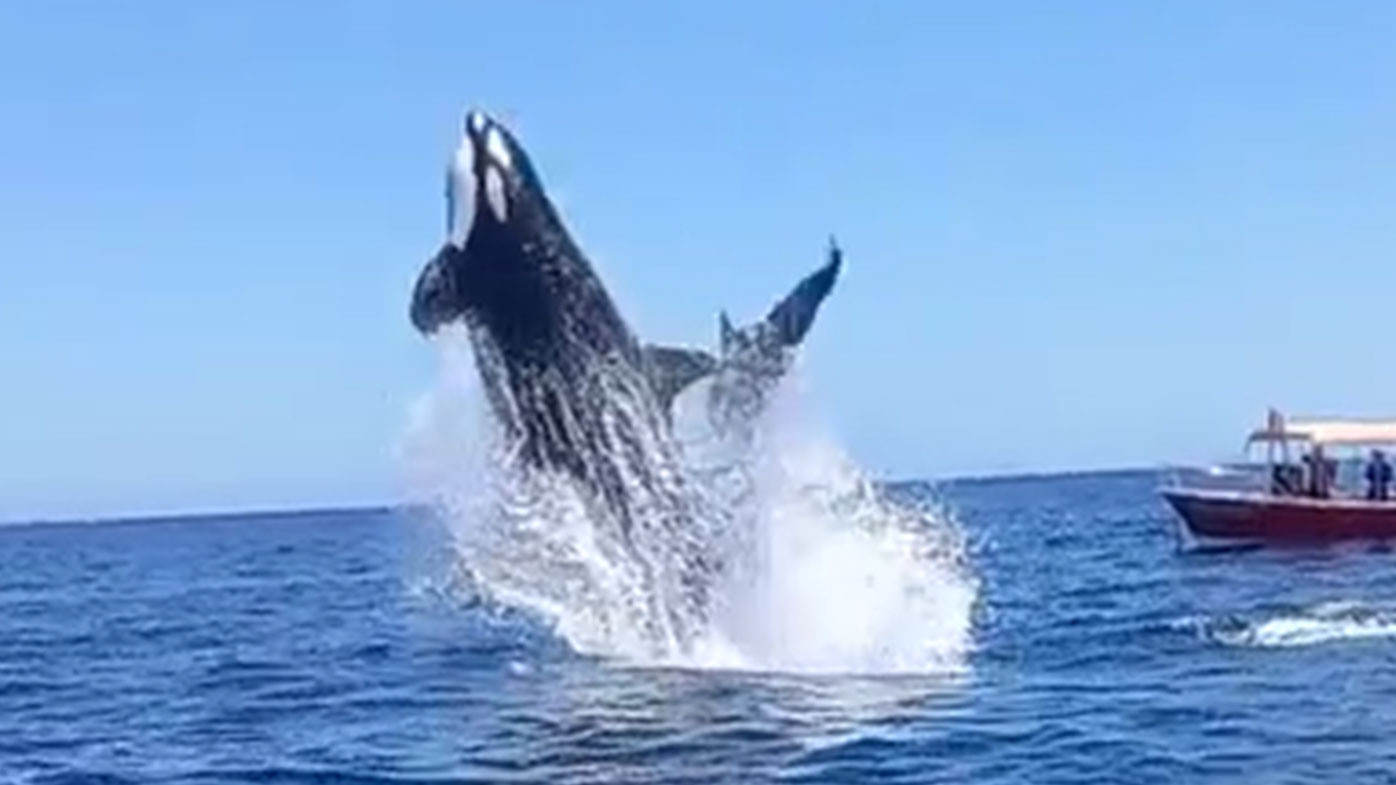 They have been known to hunt down and kill minke whales, grey whales, sperm whales and even blue whales.

READ:  Coronavirus vaccine 'as mandatory as you can make it': PM

They have also been recorded feeding on stingrays and sharks, including hammerheads, great whites and tiger sharks.

Orcas have never killed a human in the wild, but there have been four human deaths caused by the animals in captivity.

Three of those deaths were from a particular bull orca named Tilikum, in Sea World in Florida.

Orcas inhabit just about every part of the ocean around the world, including around the entire Australian coast.