More than 1200 police officers under Operation Sentinel will form something similar to a ring of steel around metropolitan Melbourne to enforce the lockdown.

More than 1200 police officers under Operation Sentinel will form a kind of ring of steel around metropolitan Melbourne to enforce the lockdown.

Victoria Police Chief Commissioner Shane Patton said there would be a "huge police presence" on main arterial roads heading out of Melbourne. 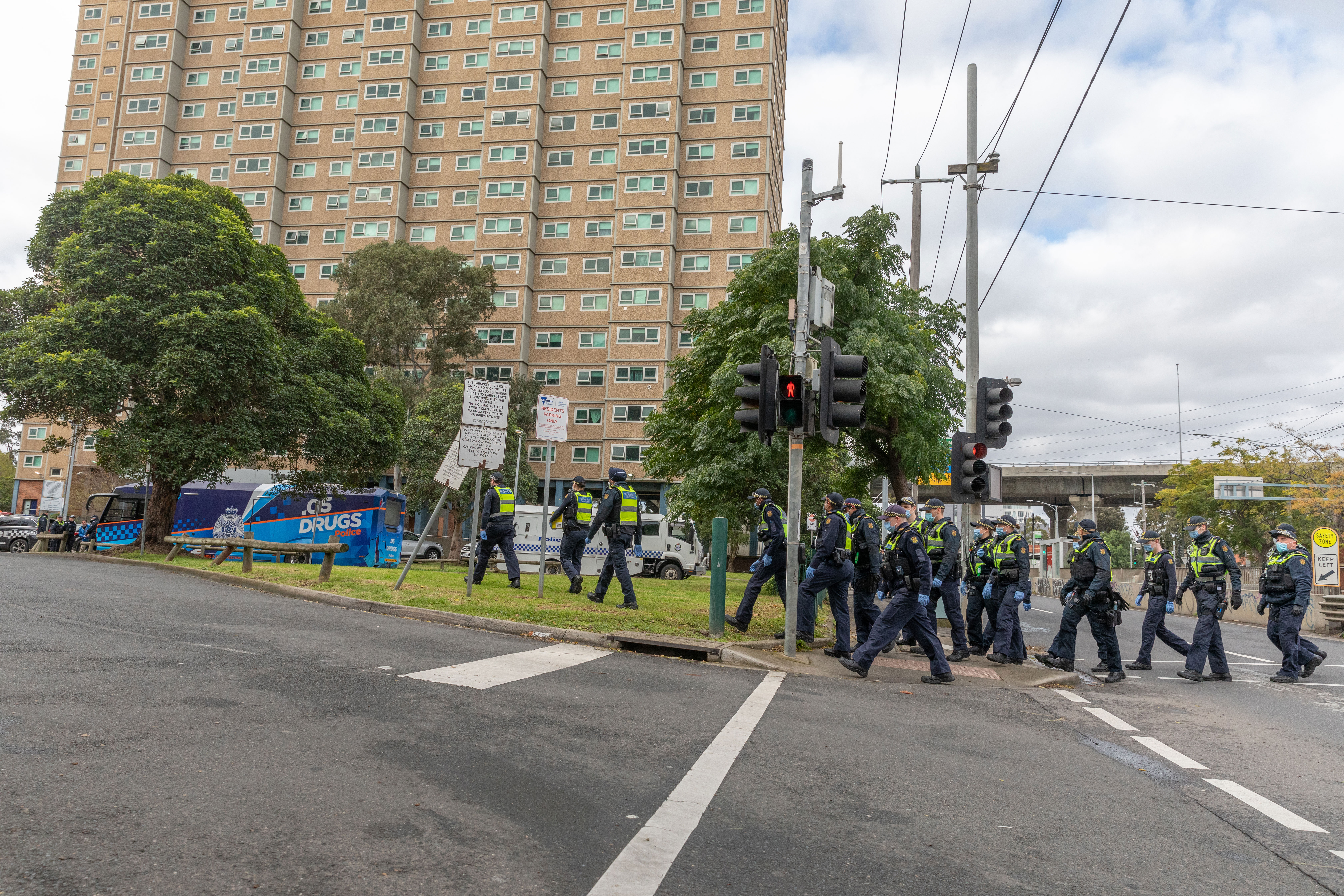 "We're going to be making sure they're adhering to those guidelines. If you don't have a reason to leave, you will be turned back around.

"It won't be an absolute ring of steel, but there will be a significant police presence.

"We'll have mounted branch. We'll have the Highway Patrol," he said, adding there would be "moving and rolling" checkpoints.

Drones will be used at the Victoria-NSW border.

Anyone caught attempting to breach the coronavirus lockdown orders will be slugged with a $1,652 fine.

More than 260 members from the Australian Defence Force (ADF) will assist Victoria Police. Commissioner Patton said reduced traffic on the roads meant anyone moving through stage three restricted areas faced a high probability of being stopped by police.

Number plate recognition technology would also be used by police.

ADF personnel have not been given policing powers but will be present at some road blocks and checkpoints, and assist with logistics.

He expected the number of fines to increase.

Minister for Police Lisa Neville said since Victoria Police have conducted 92,215 checks since the first restrictions were rolled out.

On Tuesday police recieved more than 800 calls, including the reporting of bad behaviour, Ms Neville said.