One person was stabbed in downtown Portland early Saturday morning (local time), police said, after another night of protests saw tear gas used on the crowd.

One person was stabbed in downtown Portland early Saturday morning (local time), police said, after another night of protests saw tear gas used on the crowd.

The Portland Police Bureau (PPB) said a crowd emerged outside the federal courthouse, at first peacefully listening to speakers. 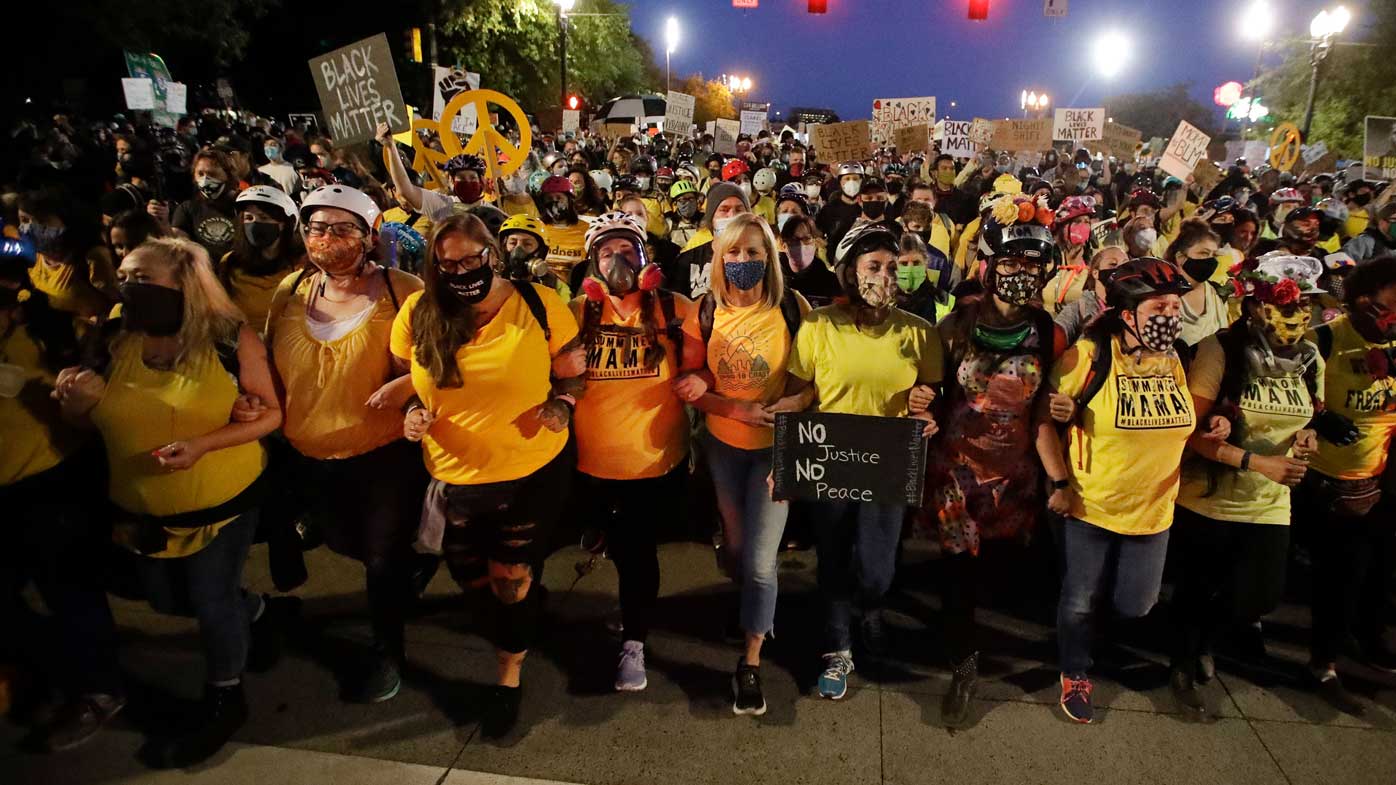 About 11pm Friday local time, people began shaking a fence while other people shot fireworks over it. Police then "attempted to disperse the crowd using various munitions", the statement reads.

Federal agents also began a more forceful response to push the protesters back. Bright flashes and smoke filled the air along with the sounds of loud explosions.

Live video feeds showed federal agents dispersing tear gas and flash bangs from behind the heavy metal fence set up as a barricade between the justice centre and protesters.

Before the tear gas was released, a CNN team saw a large crowd of peaceful protesters chanting "black lives matter" and waving the flashlights on their cell phones in the air while listening to speeches.

It was unclear if police or a federal agency released the gas.

Hundreds of people remained along the fence attempting to pull or push it over while some attempted to cut the fence with power tools, the PPB said.

Portland has had protests for more than 50 days since the death of George Floyd in Minneapolis police custody.

President Donald Trump said federal officers were sent to the city to protect federal property, but protesters and local leaders have strongly opposed their presence. 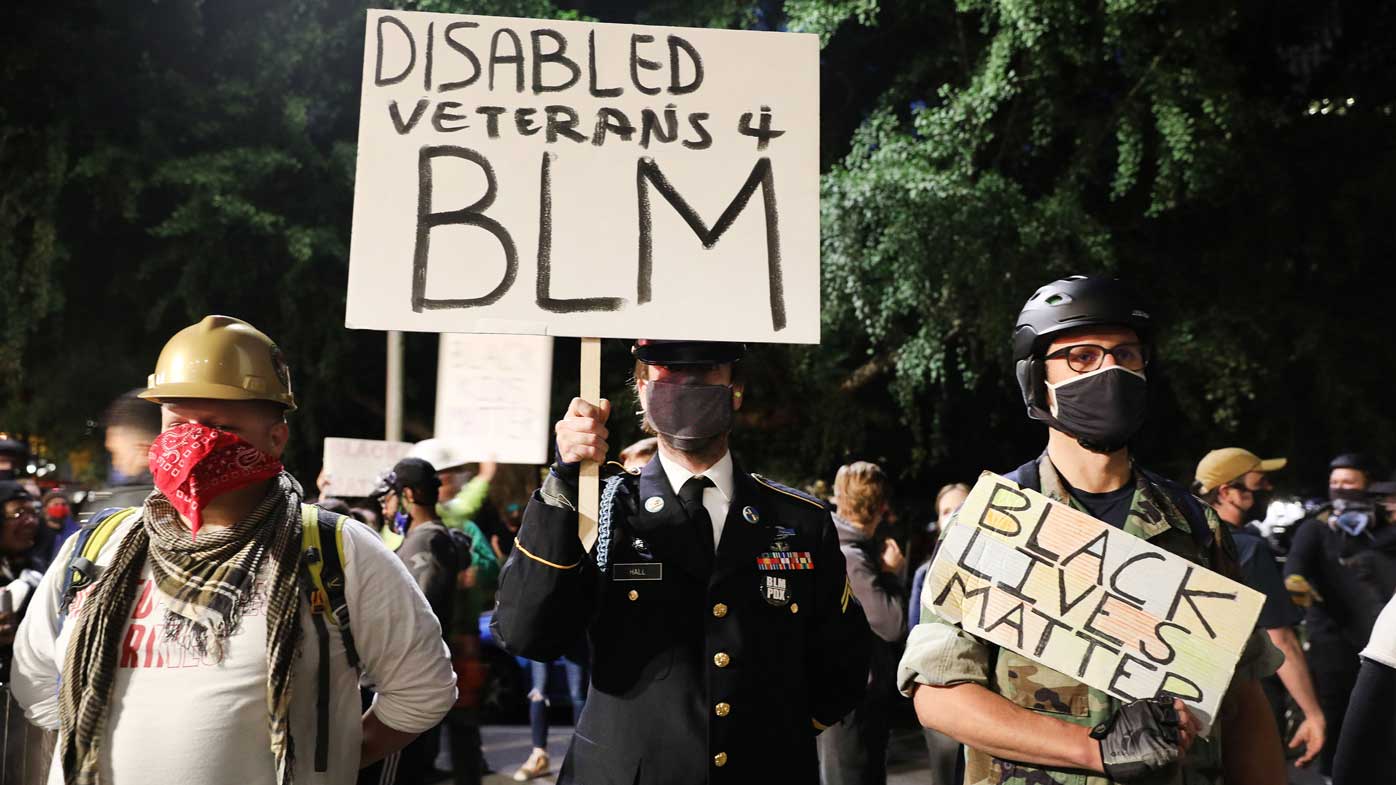 At around 2.30am Saturday local time, police received a report of a stabbing at Southwest Fifth Avenue and Southwest Salmon Street, at which point medics on the scene provided first aid to the victim, who was then taken to a hospital by ambulance, PPB said.

One suspect was taken into custody and the investigation into the incident is ongoing, the PPB statement reads.

The crowd appeared larger than on previous nights and included a diverse group of demonstrators. Joining the so-called "wall of mums" were veterans supporting Black Lives Matter, medical workers in scrubs, and attorneys.

Veterans and their families from all branches tweeted "#WallofVets in Portland. We are here" late Friday night, sharing a video of a group of men and women of guarding what appears to be a group of people in Portland.

Last week Chris David, a Navy veteran, was beaten and pepper sprayed by authorities while attending his first protest in Portland.

On Friday night, a small group of protesters broke away from the larger crowd and began rocking a section of the fence back and forth and tossing fireworks into the barricaded area at around 10.45pm federal agents responded with a small release of flash bangs and a few canisters of tear gas.

As the group of agitators continued rocking the fence and tossing fireworks across the barricade, federal agents appeared to escalate their response, the CNN team observed.

Mr Wolf went on to call on the city to "join other responsible cities around the country to hold criminals accountable and protect federal property and officers".

A large group of the more peaceful protesters appeared to react to the smaller group of agitators, by walking over and seeming to try to calm the situation.