Super Typhoon Chanthu made landfall in the far northern Philippines on Saturday, bringing destructive winds and heavy rain to the archipelago.

Super Typhoon Chanthu made landfall in the far northern Philippines on Saturday, bringing destructive winds and heavy rain to the archipelago.

Chanthu, known as Kiko in the Philippines, was one of the strongest storms this year, with sustained winds of 260 kph (160 mph) before landfall -- equivalent in strength to a Category 5 Atlantic hurricane at its peak.

The storm is expected to move toward Taiwan later on Saturday, with authorities now expanding land and sea warnings to the entire main island, after originally only issuing them to southern Pingtung and Taitung County. 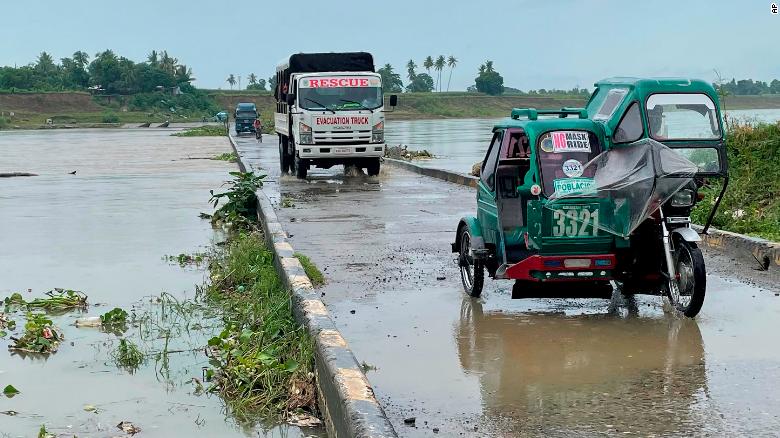 Chanthu made landfall over the Batanes islands about 8.30 am local time, according to the Philippine weather bureau PAGASA. It issued a Signal 4 warning for the Batanes area, which denotes "very destructive typhoon-force winds."

The northeastern part of the Babuyan Islands, also in the far north of the archipelago, was under a Signal 3 warning at landfall, in which "destructive typhoon-force winds" were expected, before being downgraded to a Signal 2.

Impacted areas can also expect torrential rainfall and a moderate to high risk of a "life-threatening storm surge" of 2 to 3 meters throughout Saturday. There is also a risk of flash flooding and landslides due to the heavy rain.

To the south, the capital metro Manila was warned of enhanced monsoon rains.

Chanthu is forecast to track north on Saturday toward Taiwan while weakening some. As of 11 am local time, PAGASA said the typhoon had weakened slightly, but was still a dangerous system with maximum sustained winds of 205 kph and gusts of 250 kph. By 2 pm, PAGASA said the storm had weakened further.

READ:  Kamala Harris Celebrates America’s Diversity, A Nation 'Where All Are Welcome,' In DNC Speech

It's the second storm of the year to reach Super Typhoon status, after Surigae in April.

Taiwan's Central Weather Bureau on Saturday downgraded Chanthu to a medium typhoon, saying it was losing strength as it headed up the Bashi Channel that separates Taiwan from the Philippines, according to Reuters.

Weather conditions are still expected to diminish across Taiwan on Saturday as the storm approaches the southern coast, but the Central Weather Bureau said it was unlikely to make direct landfall. 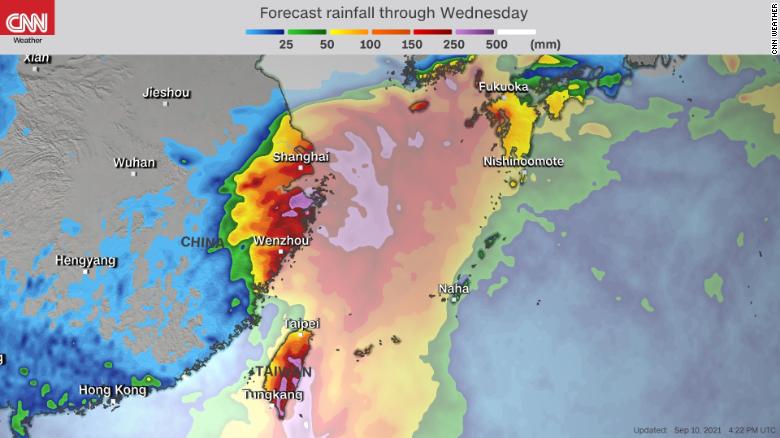 This amount of extreme rainfall could lead to flash flooding and mudslides in Taiwan's high terrain.

Taiwanese airlines canceled their Saturday afternoon domestic flights, though there was only limited impact on international services, according to Reuters.

As Chanthu tracks along the east coast of Taiwan, the land interaction could weaken the system even further, however it will remain an intense typhoon as it impacts Taiwan over a 24-hour period.

The official forecast has the system weakening as it tracks north toward China into early next week. Chanthu could stall just off the coast of Shanghai by Monday or Tuesday, which would bring heavy rain and flooding concern to this region as well.

At the same time, in the South China Sea, Tropical Storm Conson is due to make landfall near Da Nang, Vietnam, overnight Saturday into Sunday morning local time. Vietnam has put 500,000 soldiers on standby ahead of its arrival.

The outer bands of the storm are already bringing thunderstorms and gusty winds to the region on Friday and weather conditions will continue to deteriorate across Vietnam on Saturday as the storm approaches the coast.

Although it is a much weaker storm than Super Typhoon Chanthu, Conson is still expected to have sustained winds of 75 kph prior to landfall this weekend. 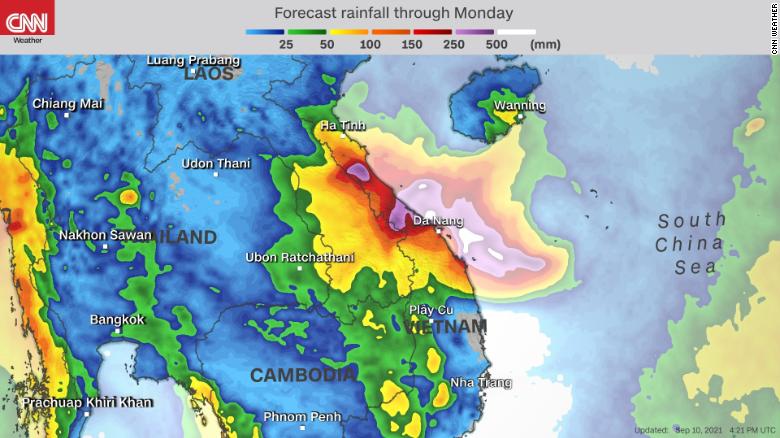 The Vietnamese government has also ordered vessels to stay in port and prepared evacuation plans, Reuters said, quoting state-run media. As many as 800,000 people in Vietnam's northern provinces could be affected by the storm's arrival -- the fifth to make landfall in the country this year.

Conson is forecast to bring widespread rainfall of 100 to 200 millimetres to the region through Monday with isolated totals above 250 millimetres possible. This amount of rain could lead to flash flooding and mudslides across the mountainous terrain.

Earlier this week, Conson brought heavy rain and gusty winds to the Philippines. The storm traversed the central Philippines Monday afternoon through Wednesday before emerging into the South China Sea early Thursday.