A massive explosion has levelled a warehouse in Houston, leaving at least two people dead and damaging nearby buildings and homes.

A massive explosion has levelled a warehouse in Houston, leaving at least two people dead, damaging nearby buildings and homes and rousing frightened residents from their sleep kilometres away, authorities said.

The explosion happened about 4.30am Friday (local time) inside a building at Watson Grinding and Manufacturing, which makes valves and provides thermal-spray coatings for equipment in various industries, authorities said.

The building was reduced to burning rubble and debris, and some of the surrounding buildings suffered heavy damage to parts of their walls and roofs. 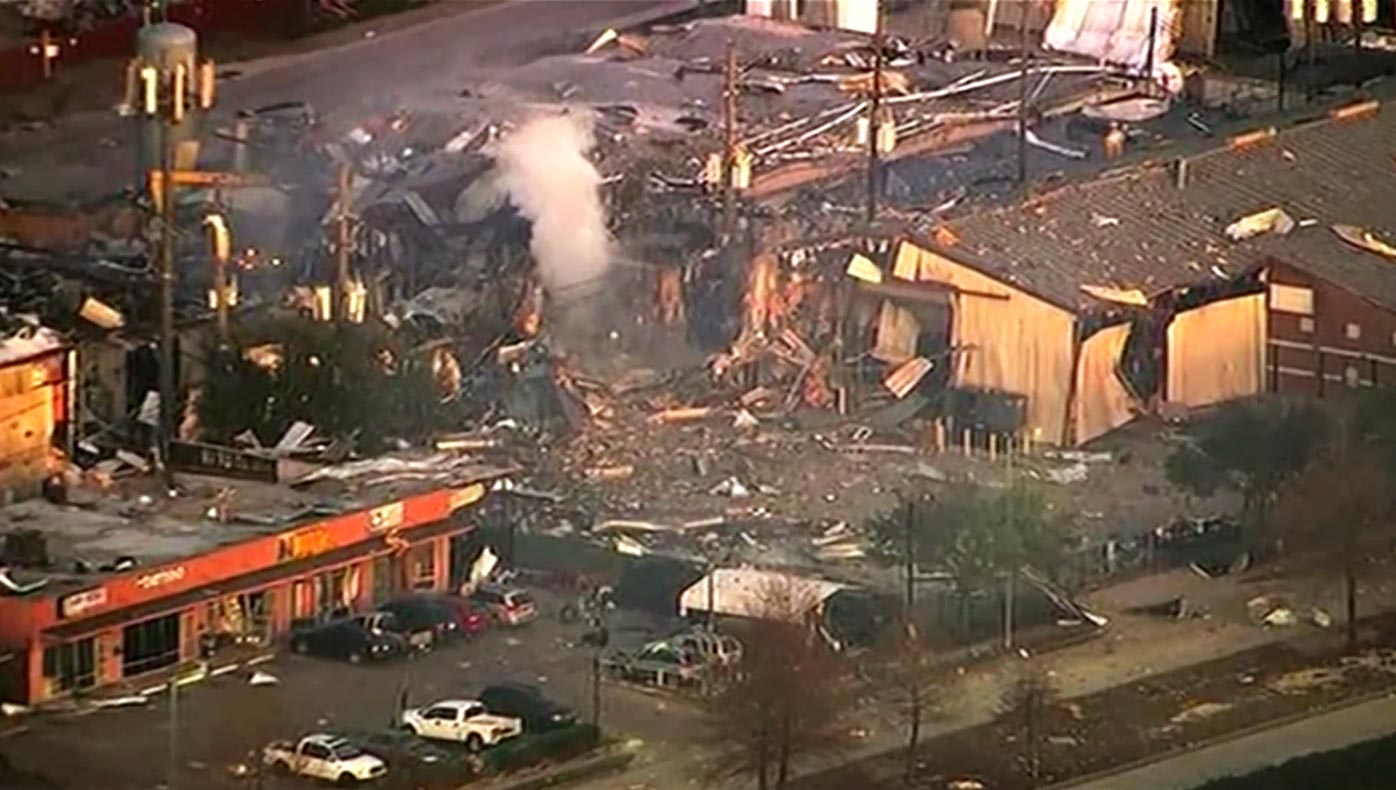 Police Chief Art Acevedo confirmed the deaths. He said authorities don't believe the explosion was intentional, though a criminal investigation is underway.

"Do a search around your own home and your own neighbourhood, even if you're a mile away from this location," Chief Acevedo said.

"Look for any debris, any body parts, anything that may be related. If you find anything in your immediate home, in your yard, don't touch it.

"Just call the Houston Police Department so we can respond."

Houston Fire Chief Samuel Pena said hazardous materials crews have secured the valve on a 7571-litre tank of propylene that had been leaking.

Propylene is a colourless gas used to produce chemicals in plastics, synthetic rubber and gasoline. It is highly flammable and can explode in a fire.

People exposed to propylene can become dizzy and light-headed, and the gas can also cause liver damage.

Nearby homes sustained significant damage. Some were knocked off their foundations.

Danny Wilson, 63, who lives less than a mile from the site, said he was sleeping when his wife woke him up.

"She heard a big noise and the (grandkids) were running out of their rooms," Mr Wilson said.

"She said it was some kind of explosion or somebody was trying to get in." 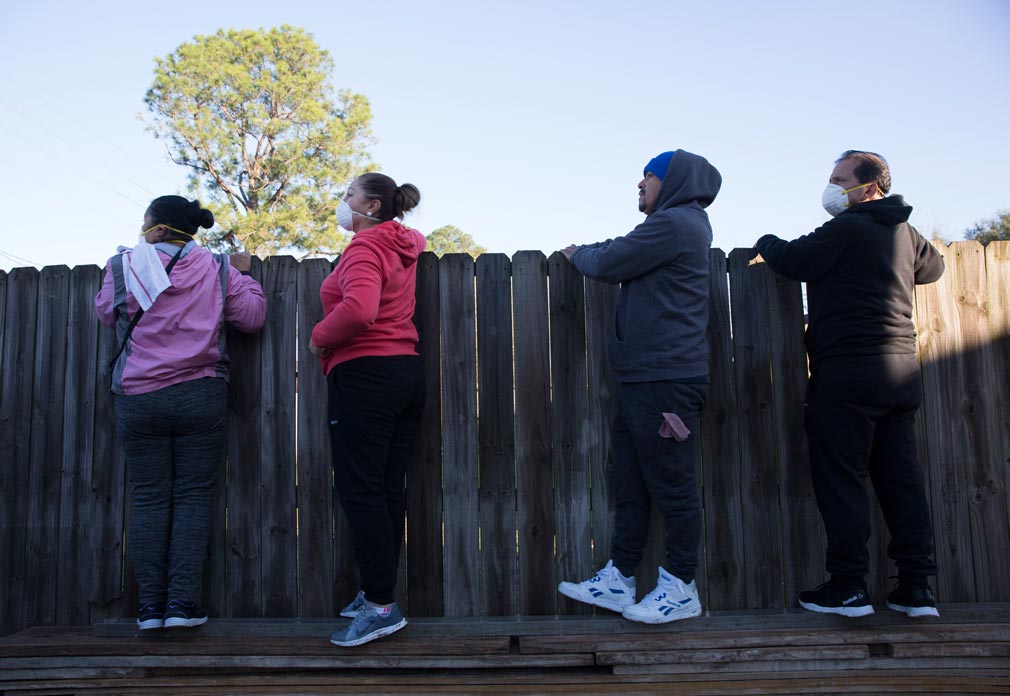 Mr Wilson said he first checked inside his home to make sure nobody had broken in and then he went outside and talked to neighbours to find out what was going on and to check for any damage.

"I didn't notice any broken glass and I looked at the back window and it was shattered big time," Mr Wilson said.

He said the blast also broke glass on part of his front windows.

"Everybody seems to be OK now. That's the main thing," Mr Wilson said.

The blast shook other buildings, with reports on Twitter of a boom felt across the city. Fire Chief Pena said there were no reports of hazardous air quality, based on monitoring done by a hazardous materials team.

A phone number for Watson Grinding was out of service when called by a reporter with The Associated Press on Friday morning.

The family-owned business manufactures valves and provides thermal-spray coatings for equipment used in the chemical, mining, petroleum and aerospace industries, among others, according to its website.

About 90,000 people live within 4.8 kilometres of the company, according to the Environmental Protection Agency. Houston police tweeted that officers were blocking off streets, but no evacuation was ordered.

Houston Mayor Sylvester Turner said on Twitter said there was no hazard in the air "from all indications", but that authorities continued to monitor.

READ:  State Of Disaster In Victoria As Over 670 New COVID-19 Cases Reported

This part of Texas is home to the highest concentration of oil refineries in the nation and has experienced a series of explosions in recent years. Last July, an explosion at an ExxonMobil refinery in Baytown, east of Houston, left more than dozen people with minor injuries and put nearby residents under a shelter-in-place advisory for three hours.

In December, two blasts in the coastal city of Port Neches shattered windows and ripped the doors from nearby homes.