A leading epidemiologist has warned Victoria’s cases could soar to 1000 daily infections by the end of the month – on par with New South Wales.

A leading epidemiologist has warned Victoria's coronavirus cases could soar to 1000 daily infections by the end of the month - on par with New South Wales.

The alarming estimate comes as the state recorded 334 new COVID-19 cases today, a figure that is set to rise as the Delta variant continues to rip through the community.

"I've looked at the data and I've analysed it from a couple of different perspectives," she said. 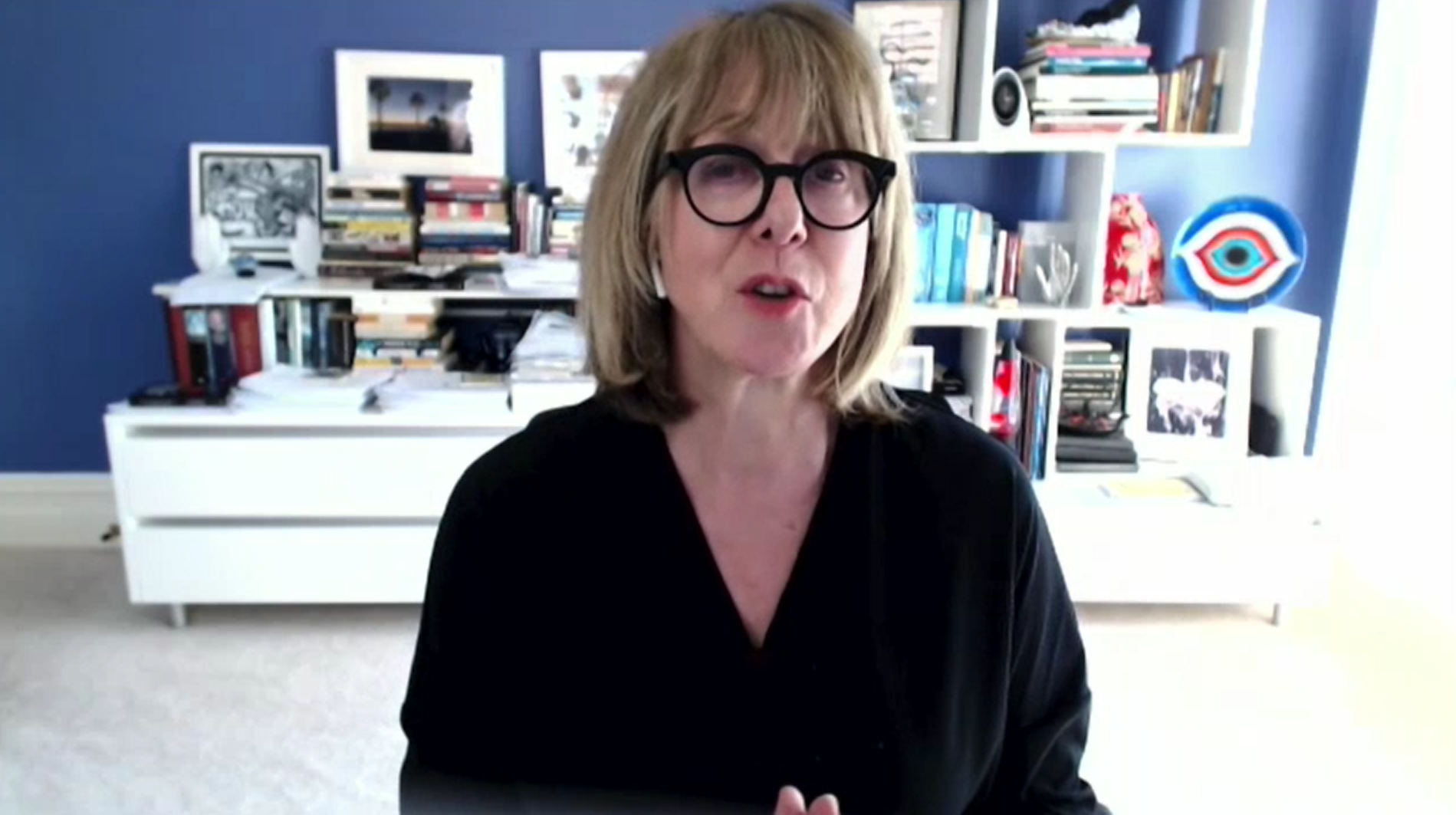 "I agree with a model that says that soon, probably by the end of the month, that they could be at the same level as NSW."

Professor McLaws put the case number growth rate down to the rapid speed at which the Delta strain had torn through the state.

"It's the speed at which Delta moves and you've got just over 300 cases daily, and the growth rate hasn't slowed down," she said.

"There is no indication that you're peaking or slowing down.

"So unless there is some rapid intervention in those three hot spots particularly, and in the young group, then you'll continually see numbers rise.

"The exponential explosion will be huge."

While Sydneysiders will enjoy more freedoms once NSW reaches its 70 per cent double-dose vaccination threshold, there is no guarantee Victorians will get the same freedoms.

A roadmap is in the works but the Victorian Government is pleading for patience and to analyse new Burnet Institute modelling, stressing people will die if they don't act cautiously.

A Coburg man in his 70s is the latest person to die with coronavirus in the state.

Professor McLaws said she did not believe the government needed to wait for modelling in order to announce a plan to exit lockdown.

"I don't think the government needs to wait for the modelling," she said.

"Certainly it's important to plan and have an idea of how many beds and staff you may need.

READ:  In Pictures: Chaos in London as UK prepares for life in lockdown

"But certainly people need some positive future. Previously this government has understood the impact of lockdown and I think that they can move forward with some very sensible outbreak management approach.

Victoria's regional train services have been hit with mass disruptions after a driver tested positive.

The V/Line train driver's infection sparked a shortage of train drivers after he attended a staff room at Melbourne's Southern Cross Station, forcing 160 drivers and operation staff into two weeks of isolation.

Road Safety Minister Ben Carroll warned up to 100 V/Line train services would be disrupted today, with some 50 services cancelled this afternoon and evening. 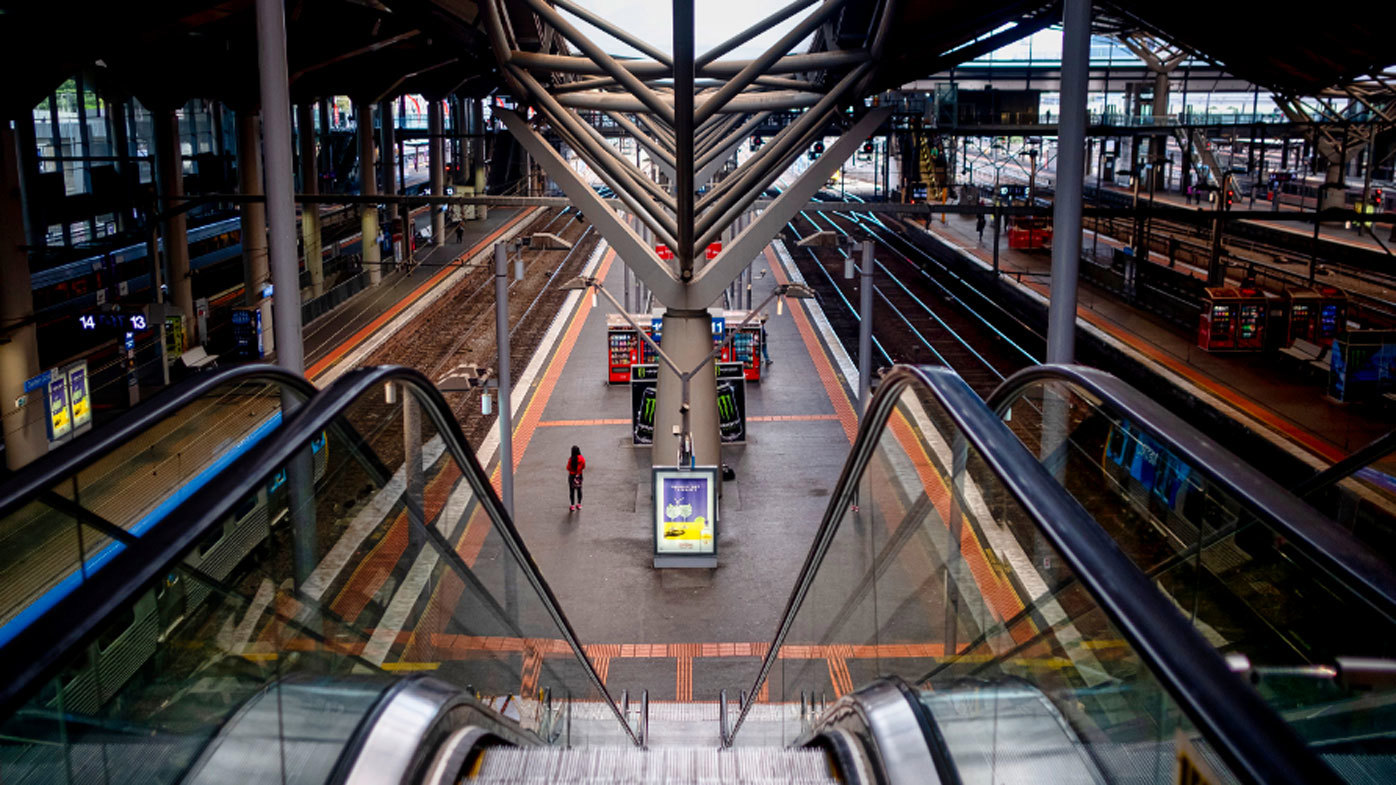 "Health advice requires more than 160 drivers and operation staff to isolate – as a result, only a small number of services are able to operate to the normal timetable for the rest of the day," a Department of Transport statement read.

"50 V/Line services have been cancelled this afternoon and this evening. Coaches will replace trains on most lines, passengers are urged to allow extra time for their journeys."

The infected train driver travelled to Gippsland and attended the staff room while asymptomatic.

But Mr Carroll emphasised the driver "wore a mask" and "did the right things" while on the job.

"I am a little bit concerned about the number of cases creeping into the south-east," COVID-19 Response Commander Jeroen Weimar said.

"We are obviously dealing with significant community transmission in the north and west of our city.

"We are seeing a little bit of seeding out to the south and east."

A stern warning has been issued for Melburnians using vaccinations as an excuse to enter regional Victoria, with government officials today clarifying it's not a reason to cross the border.

Mr Weimar said he was aware of some Melburnians using vaccinations as a loophole to enter regional Victoria, which is not permitted.

"That is not the behaviour we want to see."

Mr Weimar said he did not believe the issue was "widespread".

A Victorian publican has praised a plan unveiled by New South Wales in reopening to vaccinated patrons after months of lockdowns.

From today regional Victoria – except for Shepparton – is open but there are strict limits on numbers, which David Strange said will make his business, and many others, not financially viable.

Hospitality venues can welcome back just 10 patrons inside and 20 outdoors. 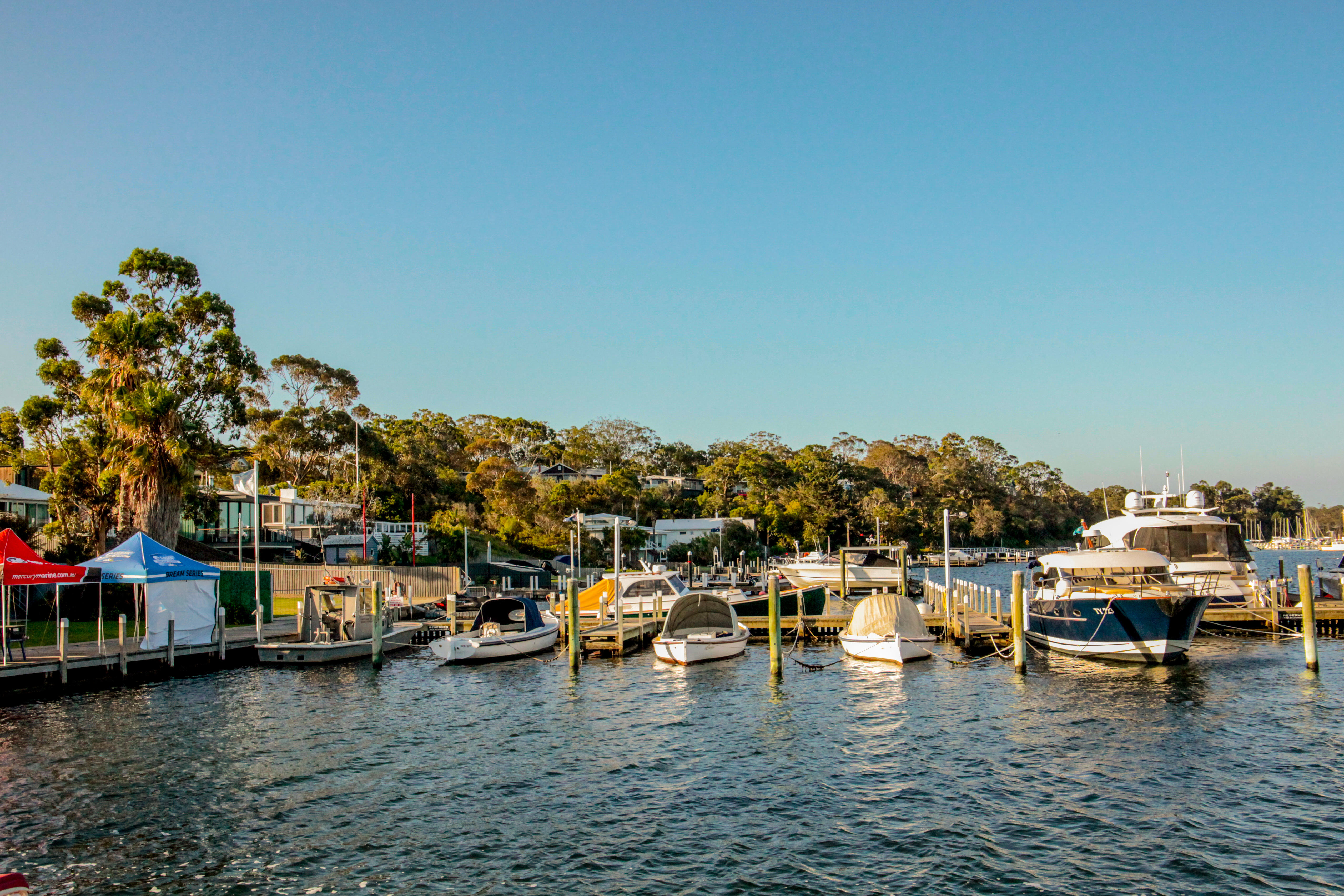 Mr Strange operates a pub in Metung in East Gippsland and said businesses have been left "disappointed" by Premier Daniel Andrews' announcement.

"The business community is disappointed, we just would have liked more so we can run our businesses and employ people and serve the customers who want to come out of lockdown and get out of home," Mr Strange told Today.

"I see Gladys up your way has come out with something which is terrific, which gives people hope. We have Christmas five minutes away. I have to employ people. I have to train people, I have to order goods in. I have to prepare for it. And you know, it's not a five-minute job.

"It is a good four months' work ordering all the supplies in. The suppliers have the same problem I have got, so we need to plan and we need months of planning. 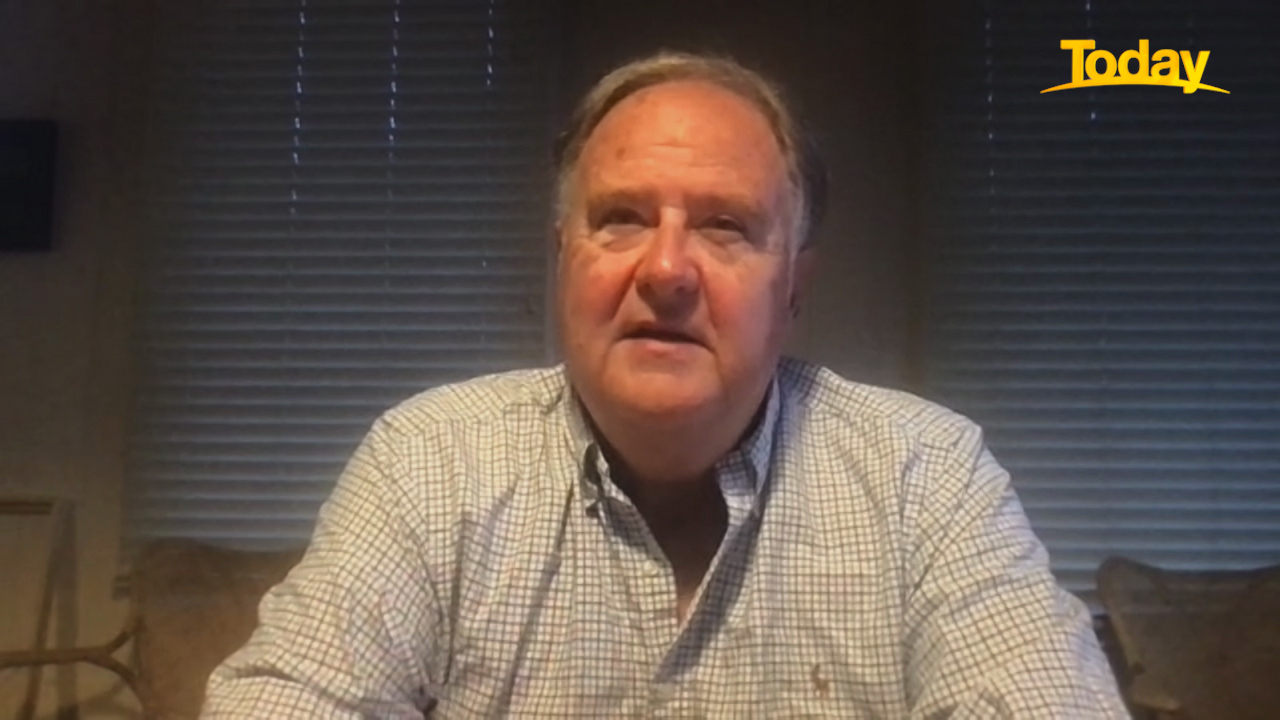 "It's not a five-minute job running a business like a hospitality industry."

The patron caps will make it hard for businesses to make any profit, he said.

"But I am going to give it a go. I am trying to stay positive. We are going to have a very reduced menu.

"We have an area we can put people outside, so we can have 30 - when I say it like that it is just ridiculous, but I want the place to be open.

"It is not financially viable but I am hoping it will only be a week or two and if it was four or five months it would be a disaster but fingers crossed Dan will come around."

His staff will be vaccinated and patrons who haven't had the jab could be turned away.

"I have been working with my staff over the last month because I have had the view that it is going to be compulsory. I have to provide a safe working place for my staff." 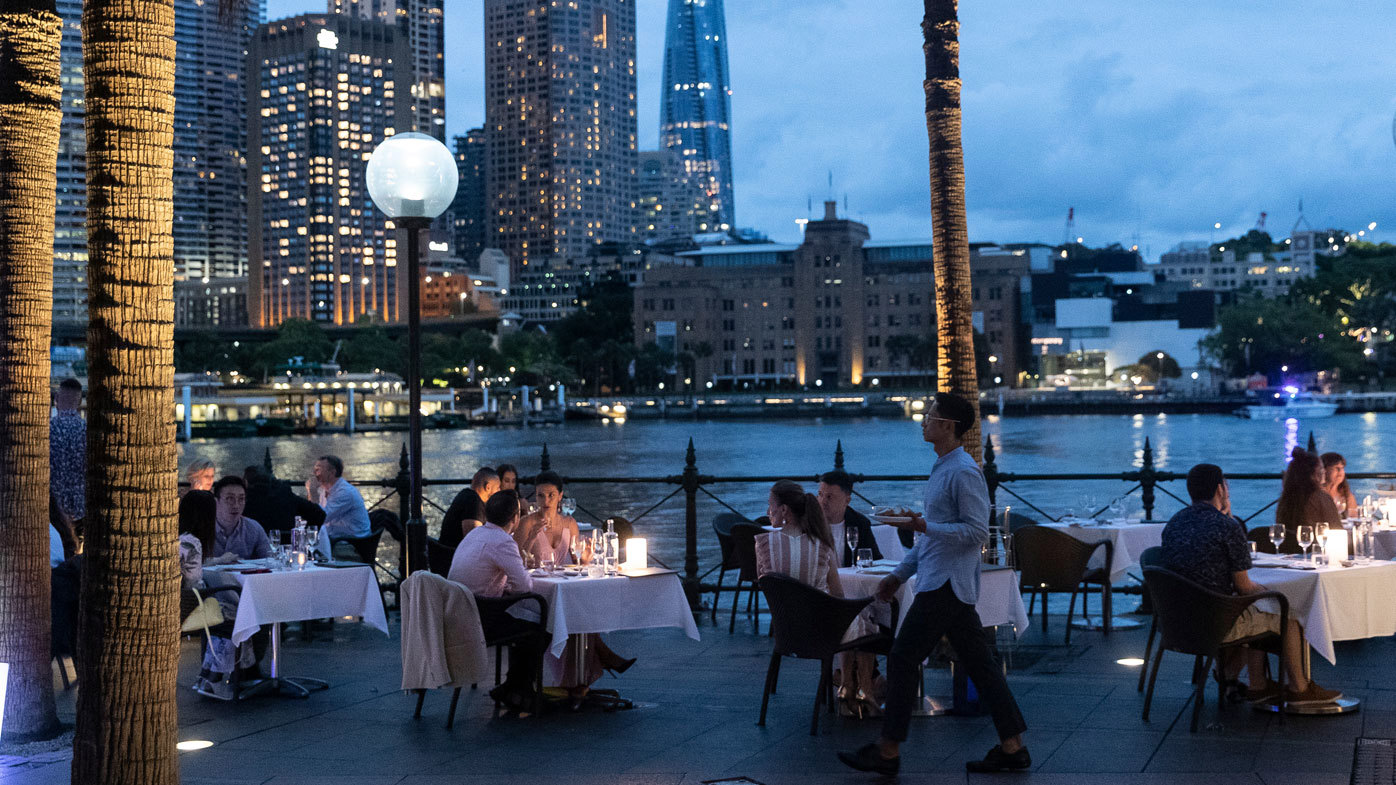 Ninety per cent were already jabbed, he said.

"The other 10 per cent are just waiting their turn because they are young kids.

"But I am hopefully, by the end of this monthly have 100 per cent uptake from the staff."

As for patrons, Mr Strange said those who are not vaccinated won't be welcome.

"I have come across a couple who aren't (vaccinated) and I have said to them, 'you know, it will be my decision and my decision will be probably in October you will have to be vaxxed to come in'.

"I can't have people come into my venue and giving each other this virus that could kill you for a simple vaccination, and my staff.

"I have to provide a safe working place and I can't have that sort of thing going around in the pub."

Yesterday Victoria recorded 324 new infections with the Premier warning Victorians the state had not yet reached the peak of its coronavirus outbreak.