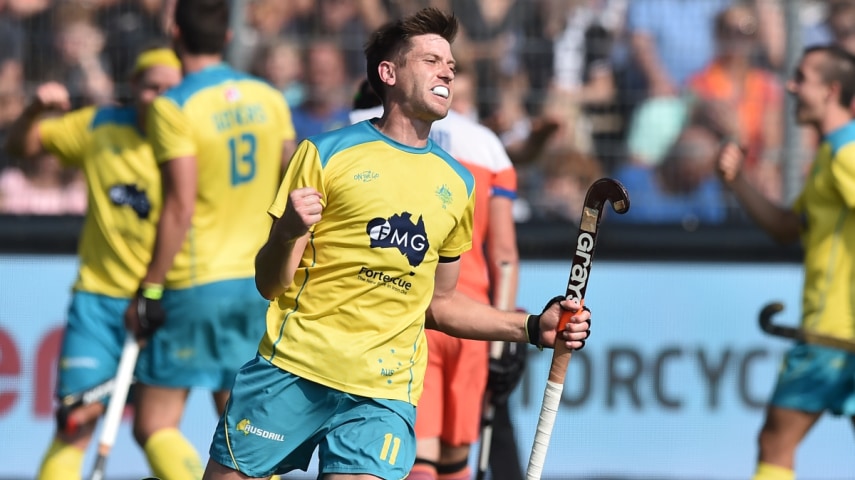 Tasmania’s Eddie Ockenden became the Kookaburras’ most capped player when he took the field in this weekend’s two FIH Pro League matches against Argentina in Perth. The 32 year old Australian hockey men’s co-captain will equalled the 365 game record of Australian hockey legend Jamie Dwyer Friday before eclipsing it on Saturday. A triple Olympian […]

Tasmania’s Eddie Ockenden became the Kookaburras’ most capped player when he took the field in this weekend’s two FIH Pro League matches against Argentina in Perth.

A triple Olympian who has been part of two World Cup winning teams and three Commonwealth gold medal winning teams among other major tournament successes, Ockenden has had hockey and the Kookaburras running through his veins since making his debut as a 19 year old in June 2006.

Ockenden started his Kookaburras career as a striker before moving into the midfield, and now he plays predominantly as a defender.

Never one to enjoy the spotlight, Ockenden accepts the significance of the milestone he is about to reach and the player and mate he is going to surpass, but he prefers to focus his attention on to the privilege of being part of the Kookaburras.

“In the scheme of things, it doesn’t feel like it means a lot because it is just a number of games, but when I sit back and think about it, it means a lot to have been in this team for this amount of time,” said Ockenden.

“I reflect on the guys that I have been able to play alongside and the friendships and my best mates in this team, so I think that is really cool…they are the things I have been reflecting on.”

“It is a special team and I love being part of the Kookaburras so that is what means the most to me.”

READ:  Why it's been so hard to find Gabby Petito's fiancé Brian Laundrie 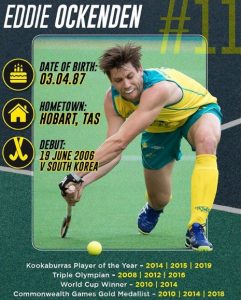 Ockenden expressed the honour of being about to take a record held by Dwyer, and the influence the five time World Player of the Year has had on his career together with the fact they have maintained a lasting friendship.

“As a player, I remember when Jamie (Dwyer) broke the record and when you play in big milestone games, when it is not you it is really special, so I’ve loved playing in those games when someone else has had a milestone,” said Ockenden.

“Then when it is your turn you think you don’t want to make a big deal about it, but it is nice that the whole team puts that energy and effort into it.”

“Jamie was a special player and I have been lucky to have played a lot of games with him. I came into the team after the Kookaburras had won the gold medal in Athens and that was a great time for hockey in Australia.

“Jamie was very helpful for me back then and we are great friends so that is pretty special.”

Despite the increased media attention on him in the build up to the matches against Argentina, the laid back Ockenden has taken it in his stride and says he has not put a limit on how much longer he will play while his enjoyment and passion for playing hockey continues.

“You don’t think about how many games you have played when you’re training every day at 6am, you are doing it because you love it and that is the philosophy in the Kookaburras,” said Ockenden.

“I really love playing hockey so there is not a time limit on how long I’ll keep going for. When you get older there are other things that you have to take into consideration, but I’m pretty focussed on the Olympics and I will try to keep playing after Tokyo because I’m loving it at the moment, so there is no real timeline.”

Ockenden’s parents are making the trip across from Hobart to watch their son in action, while there is also set to be a contingent of former Kookaburras who will be in attendance to be part of the history making weekend.

Ahead of Ockenden’s impending milestone, the following comments are from some who have been privy to a considerable part of his journey to date.

“He is such a team person and almost shy on individual accolades…that’s him. He has played for such a long time and has been such a good contributor and an outstanding player, and he is developing his leadership role more and more in this current group. We are seeing some great signs, not just as a player still, but as a leader together with Aran Zalewski.”

“It’s a tremendous honour for him to break Jamie’s record…what an amazing player Jamie was. I know that all of the players who have played with Eddie over the years, including the current group, just respect him so much for what he has achieved and how he goes about his hockey.”

READ:  'Get out': Beachgoers frightened by shark moving in shallow waters

“It is just the little things that he constantly does that would go unnoticed, but we know he is doing all of the extra stuff, and he has great support from his family. His parents are flying over for the weekend, his wife Louise and two boys are great supporters of him, and without this support he wouldn’t be able to spend the time required to get to the level he needs to, so you certainly need to acknowledge the support he gets from his close family.”