The image, posted by Weatherzone, showed the heavy snowfalls in the Central West region were visible from space.

The stark white patch near Oberon on Shooters Hill shows the depth of the falls that have taken place in recent days. 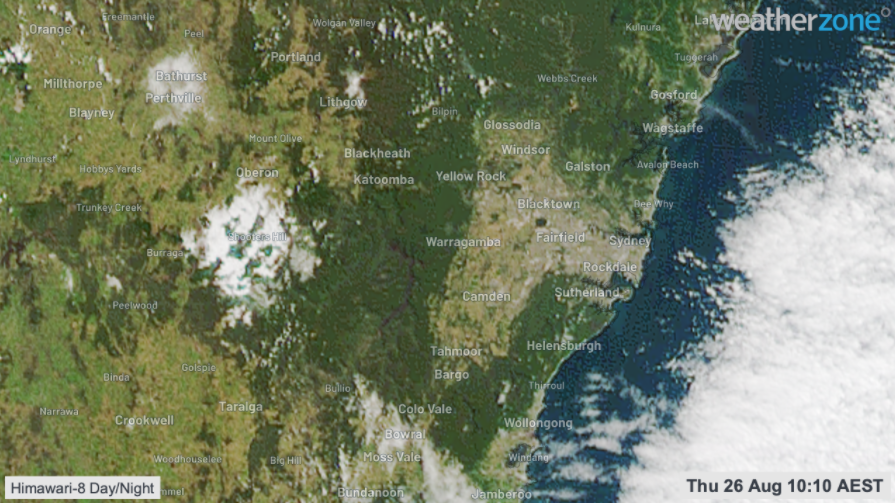 Up to 30cm of snow was reported in parts of the state, with falls also taking place in the Blue Mountains.

The cold snap in recent days came on the heels of a warmer-than-usual August, and will gradually recede in coming days ahead of the first day of spring on September 1.

There have been heavy rainfalls in eastern NSW, with more than 50mm at Sydney Airport in one day. Significant wave heights of 8.4m were recorded in Sydney's Port Botany early yesterday morning, a roughly one in 50-year event.

Off the coast, waves reached at least 14.2m.

A number of flood warnings remain in place across the state, along with a hazardous surf warning.