Celeste Barber will join the NSW RFS in the Supreme Court in an attempt relax restrictions on how more than $51 million, raised by the Australian comedian for the bushfire appeal, can be spent.

Celeste Barber will join the NSW RFS in the Supreme Court in an attempt relax restrictions on how more than $51 million, raised by the Australian comedian for the bushfire appeal, can be spent.

Ms Barber's Facebook appeal attracted more one million donations for the Trustee for the RFS and Brigades Donations Fund.

The Trust Deed for the NSW RFS outlines that funds may be used for "purchasing and maintaining fire-fighting equipment and facilities, providing training and resources … and meeting administrative expenses." 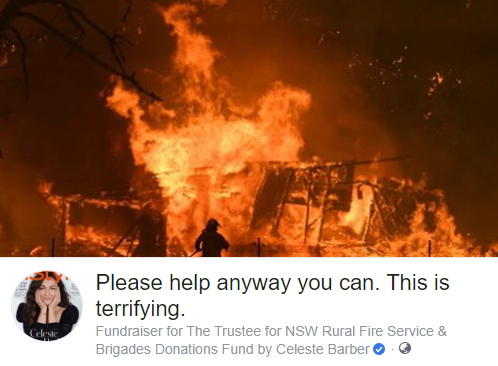 A spokesperson for the NSW RFS confirmed in a statement that they will seek direction of the Supreme Court on how the funds can be used.

"The NSW RFS & Brigades Donations Trust has been working with Celeste's team to identify options for how the funds can be distributed," the spokesperson said in a statement.

"What has become clear is that the issue is very complex, and the options are limited. This is because there are a number of laws which limit how funds can be distributed."

"My team have been in contact ... with the RFS" about the funds raised and "we're onto it," Ms Barber said in a video posted to Instagram earlier this week. 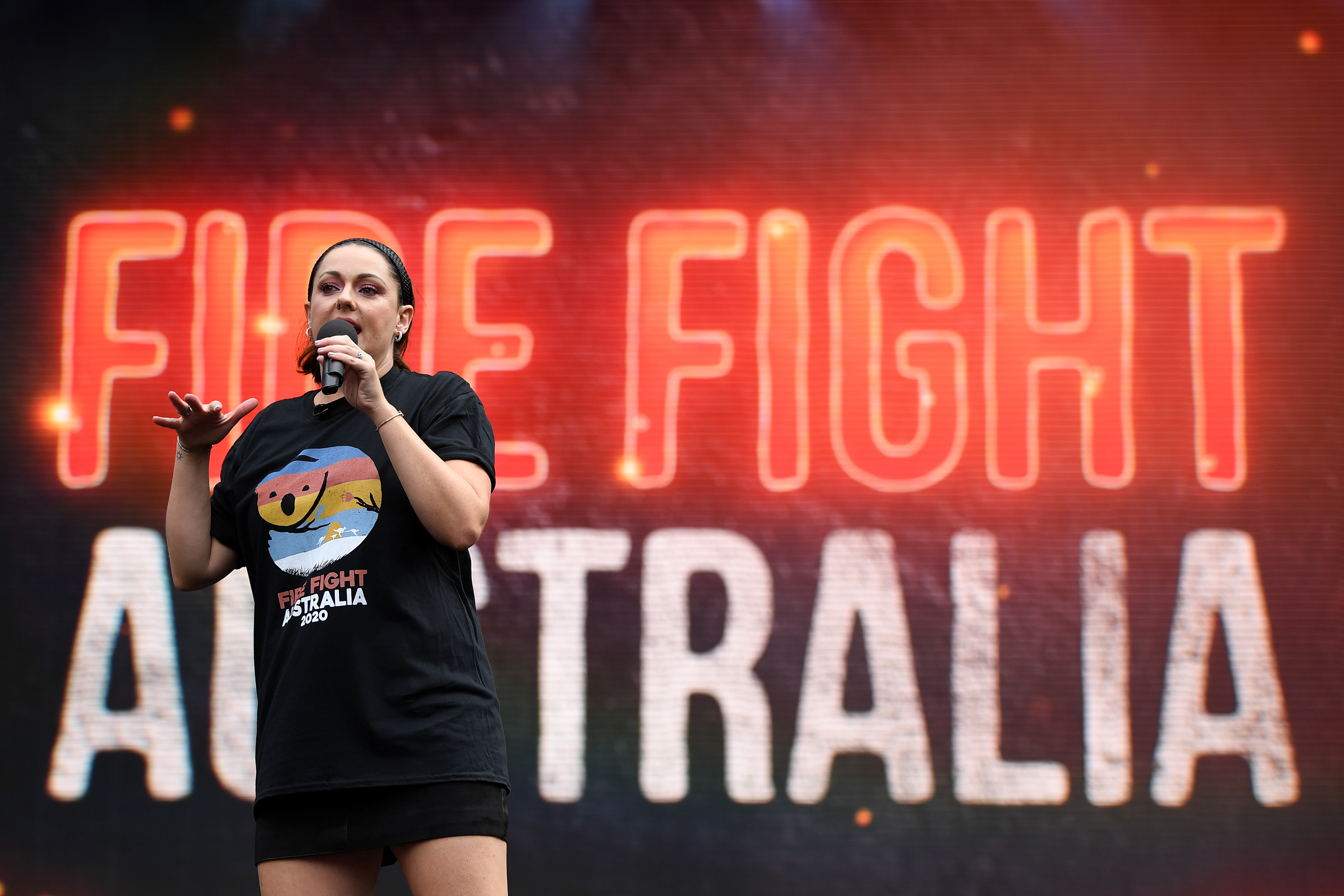 In an Instagram story earlier this month, Ms Barber said that the money would go to the RFS and then be further distributed, however, RFS Trust Deed makes matters more complicated.

"I'm going to make sure that Victoria gets some, that South Australia gets some, also families of people who have died in these fires, the wildlife," she said.

"I get it, I get it all, I'm hearing you all. I want you to know that, otherwise why raise this money if it's not going to go to the people who absolutely need it."

The fundraiser started with a $30,000 goal, after Ms Barber's family was affected by the bushfires in Eden, NSW.  The fundraiser accumulated a total of $51.3 million in donations.

The NSW RFS Spokesperson made clear that "there is no stoush" between Celeste and the RFS, and that "everyone is working hard to find a solution."

"The NSW Rural Fire Service is incredibly grateful for the efforts of Celeste Barber and her record-breaking online fundraising campaign."