Three people died from COVID-19, taking the total death toll from the current outbreak to 71.

Australia's Chief Medical Officer Professor Paul Kelly has labelled NSW's COVID-19 numbers an "unfortunate" new record but says it is a "situation we've been planning for".

Three people died from COVID-19, taking the total death toll from the current outbreak to 71.

These include a man in his 60s from south-west Sydney who died at Royal Prince Alfred Hospital after catching the virus at Canterbury Hospital.

A woman in her 80s, also from south-west Sydney died at Wollongong Hospital.

The third death was a man in his 70s from south-east Sydney who died at St George Hospital, where he acquired his infection. 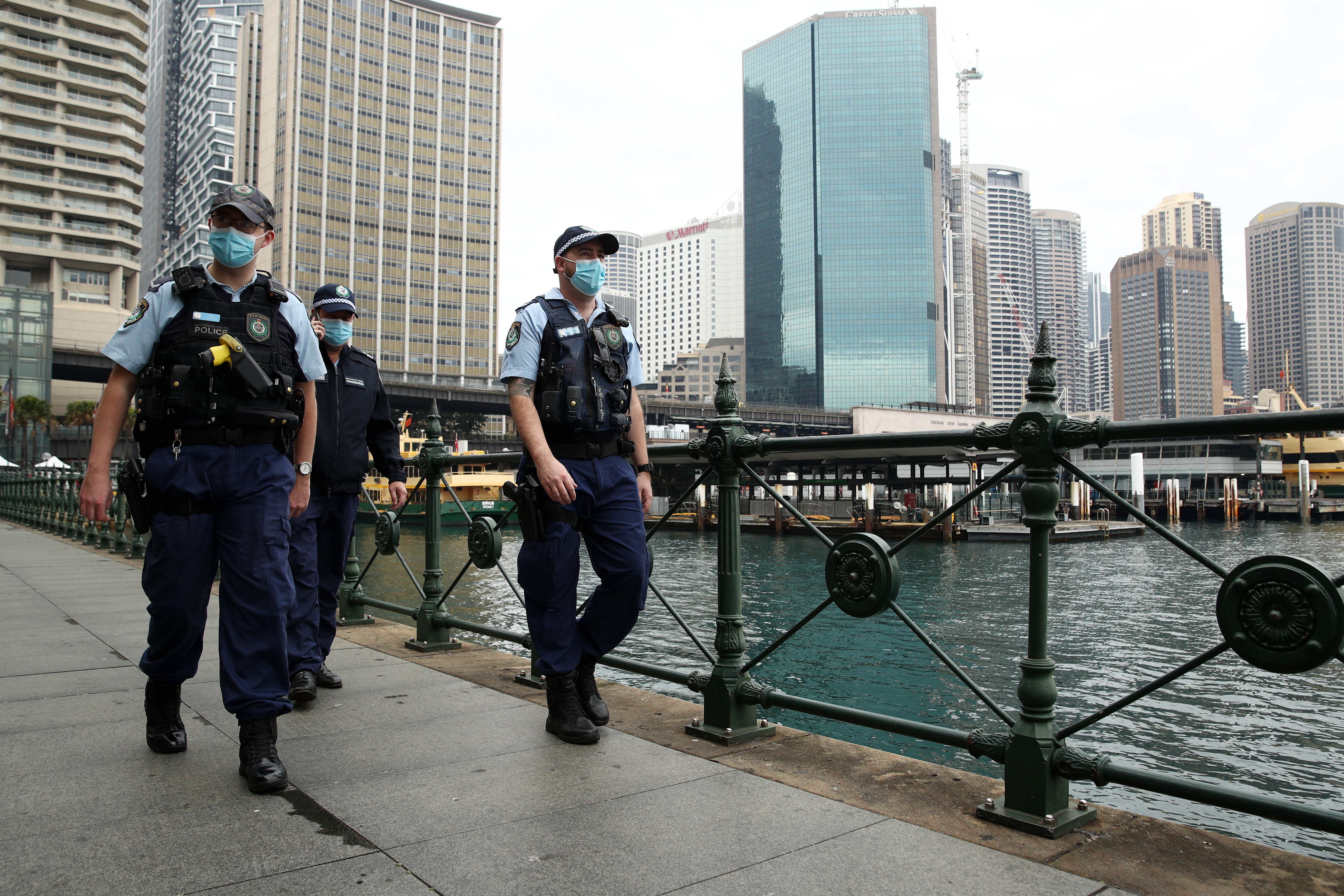 This is the second death linked to the outbreak at St George Hospital.

The source of infection for 693 of today's cases is under investigation. Additionally, 137 are linked to a known case or cluster, 118 are household contacts and 19 are close contacts.

"It's an unfortunate new record. The number of presenting to hospital intensive care are increasing," Prof Kelly told a press conference from Canberra today.

"This is something we have been planning for 18 months, exactly this sort of situation."

He said the key component to dealing with COVID-19, particularly the new Delta variant, is vaccination.

"We've been saying that for some months now," he said.

"Just on numbers of vaccines, another record day in terms of weekend… 196,000 doses on a Saturday, that is extraordinary.

READ MORE: Sydney shoppers rush to Bunnings before stores close to the public 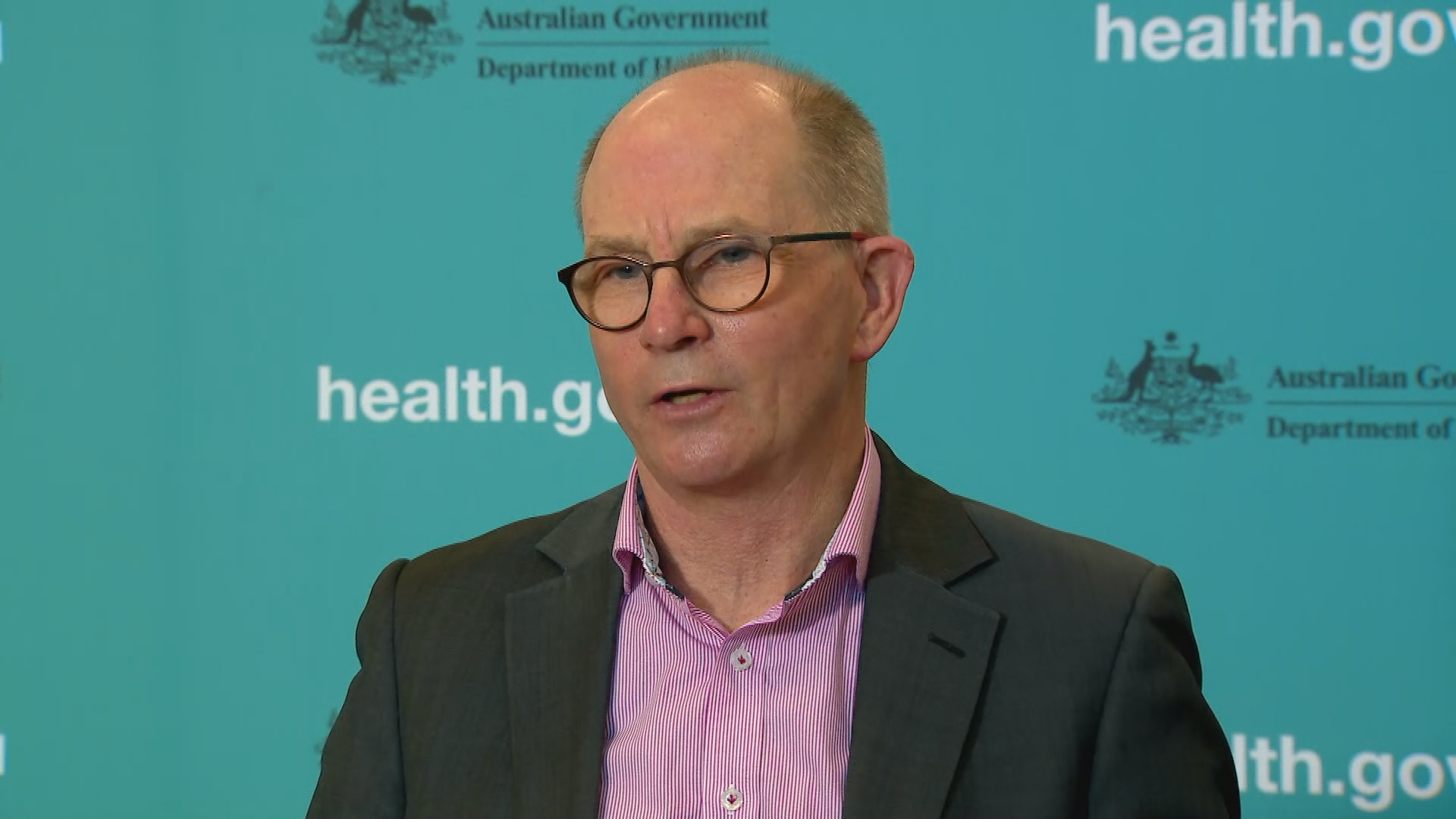 He said in just four days 1.1 million COVID-19 vaccines were given across Australia.

"We're getting close to a 2 million a week mark. We now have 17 million doses administrated around Australia," he said.

"We know that one in itself can protect very strongly against the severe end of the spectrum of disease, hospitalisation, ICU administration and unfortunately death.

"We know the majority of deaths in the majority of ICU admissions have been in unvaccinated or partially vaccinated people … so if you've had one vaccination, don't hesitate to get that second vaccine of that same type."

Prof Kelly said Australia would look to countries such as the UK and Israel and learn from their experiences in terms of high vaccination rates and re-opening regions.

"It is valuable for us to look at those countries in particular. Israel very successful and widespread vaccination very quickly, the UK, had a discussion with my UK counterpart and their chief scientist the week before last around this matter," he said.

Fifty cases were infectious in the community, and the isolation status of 694 cases remains under investigation.

NSW Health Minister Brad Hazzard said today he is impressed by the rate of vaccination in the state.

"I thank the residents of New South Wales are coming out in such great numbers to be vaccinated."

Nearly 59 per cent of people in NSW have had one dose of the vaccine, and more than 30 per cent are fully vaccinated.

In the last week 750,000 doses of the vaccine have been administered, Mr Hazzard said.

Majority of today's cases from LGAs of concern

Around 80 per cent of today's new coronavirus cases are in people in Sydney's 12 LGAs of concern.

"The entire public health team and police are constantly working with us to look at what we could do in regards to those areas that have consistent zero," Mr Hazzard said.

From 12.01 on Monday these LGAs will enter even stricter restrictions, with a curfew coming into place from 9pm-5am.

A new case was recorded in Wilcannia, and another in Broken Hill.

"We remain concerned about the risk for anyone who has spent time in Wilcannia so please come for testing."

The number of cases in Dubbo and the surrounding regions is also increasing.

Two cases were reported in Orange to 8pm last night, but another four positive tests came back overnight. 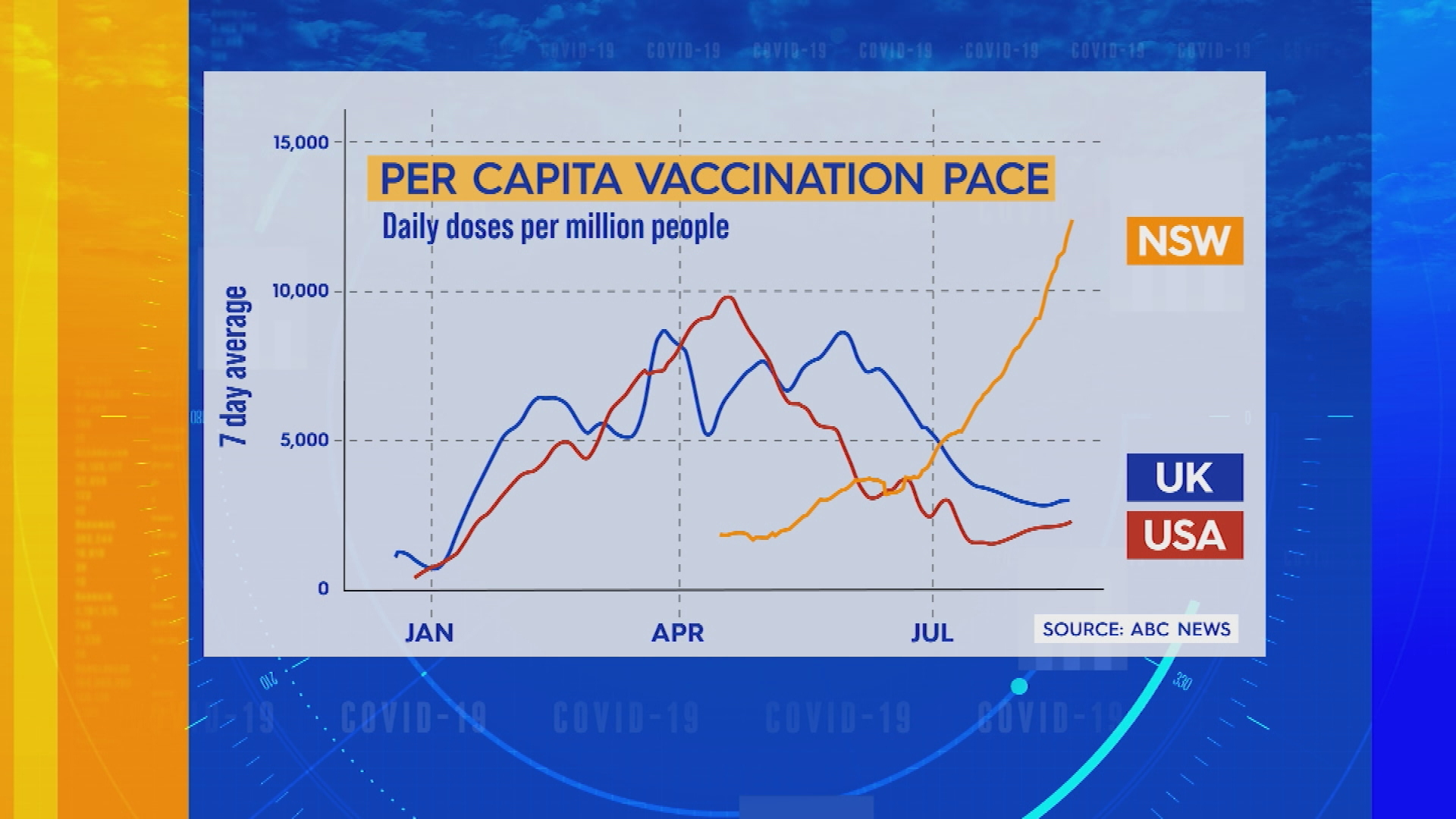 READ:  Mine explosion victim speaks out as safety inquiry begins

There are still fears numbers in NSW could soon surpass 1000 COVID-19 cases per day after a huge spike in numbers this week.

Prof Kelly said other key component to help with the battle against COVID-19 in the coming weeks and months is collaboration between states and territories in the Commonwealth.

"The very best example of that at the moment is happening in western in far western New South Wales, where we have an ongoing outbreak particularly related to aboriginal communities in that area," he said.

"We are working collaboratively on that and the Royal flying Doctor service going out to remote areas vaccinating whole groups of people and I think one day this week in a pub, as they are looking to actually do whatever they can to vaccinate as many people as possible in this outbreak area."

Yesterday some anti-lockdown protesters attempted to gather in Sydney's CBD, but were largely unsuccessful and were quickly arrested by NSW Police.

However, in Melbourne, an estimated 4000 people clashed with officers yesterday, and today the Victorian Police Commissioner said the protest was the most violent' in the city in 20 years.