New South Wales has recorded 399 new COVID-19 cases and four further deaths over the past 24 hours.

NSW Premier Dominic Perrottet has made the unexpected announcement of an end to hotel quarantine for fully vaccinated international travellers.

Mr Perrottet made the announcement today after NSW recorded 399 new COVID-19 cases and four further deaths over the past 24 hours.

From November 1, returning Australians and international visitors entering NSW will not have to quarantine on arrival. 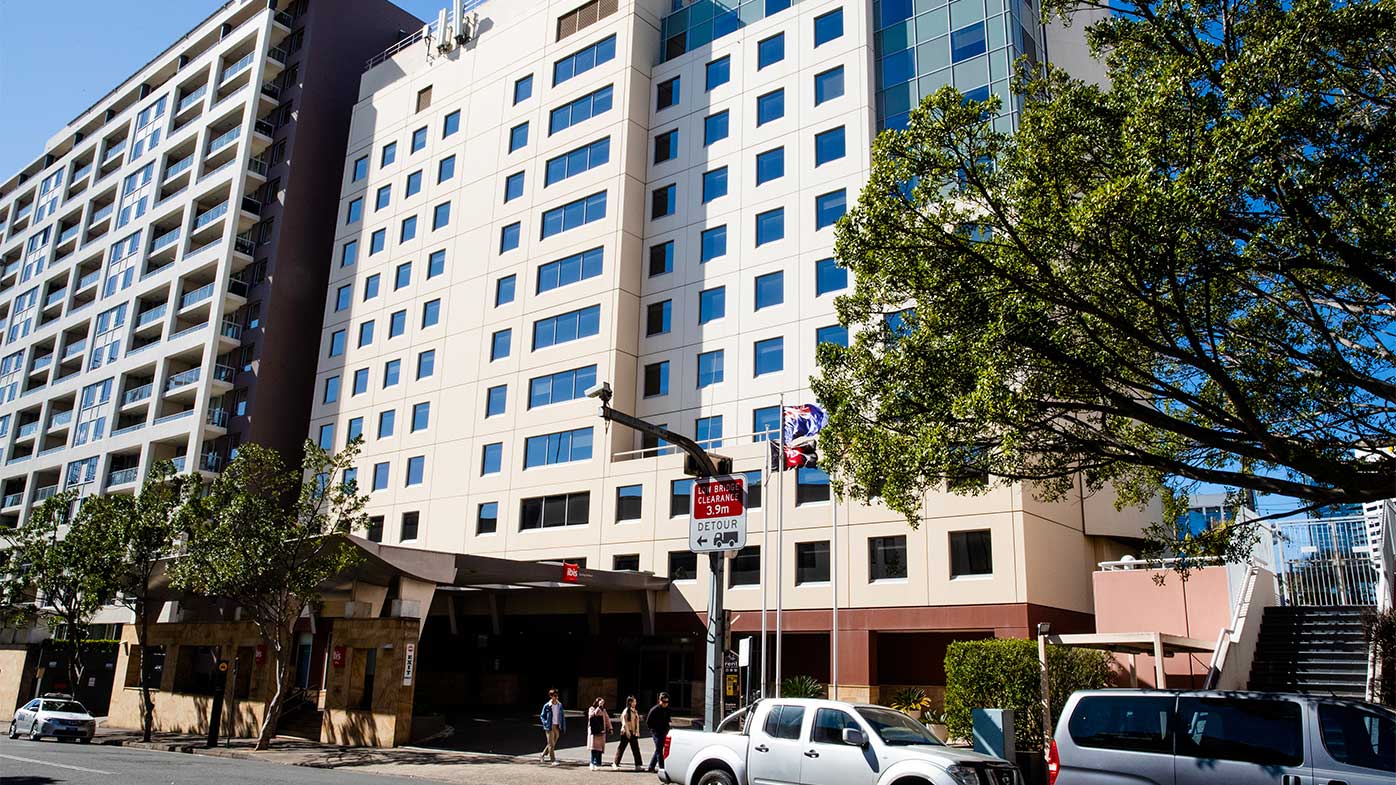 However, they will need to do a PCR test before boarding their flight, and will have to show proof of vaccination.

"For double-vaccinated people around the world, Sydney, NSW is open for business," Mr Perrottet said.

"Hotel quarantine, home quarantine is a thing of the past."

The premier said NSW would work with the Commonwealth to ensure adequate protections would be in place.

EXPLAINER: What we know about the quarantine changes

Deputy Liberal leader Stuart Ayres has confirmed people who are not fully vaccinated will still have to quarantine for two weeks when arriving from overseas.

That quarantine level will be capped at 210 people a week.

But the vaccinated will not need to quarantine at home or in a hotel.

"We have taken this decision with two weeks of lead time to allow airlines and the Commonwealth to start to put on extra flights and put those processes in place for people who are fully vaccinated," Mr Ayres said. 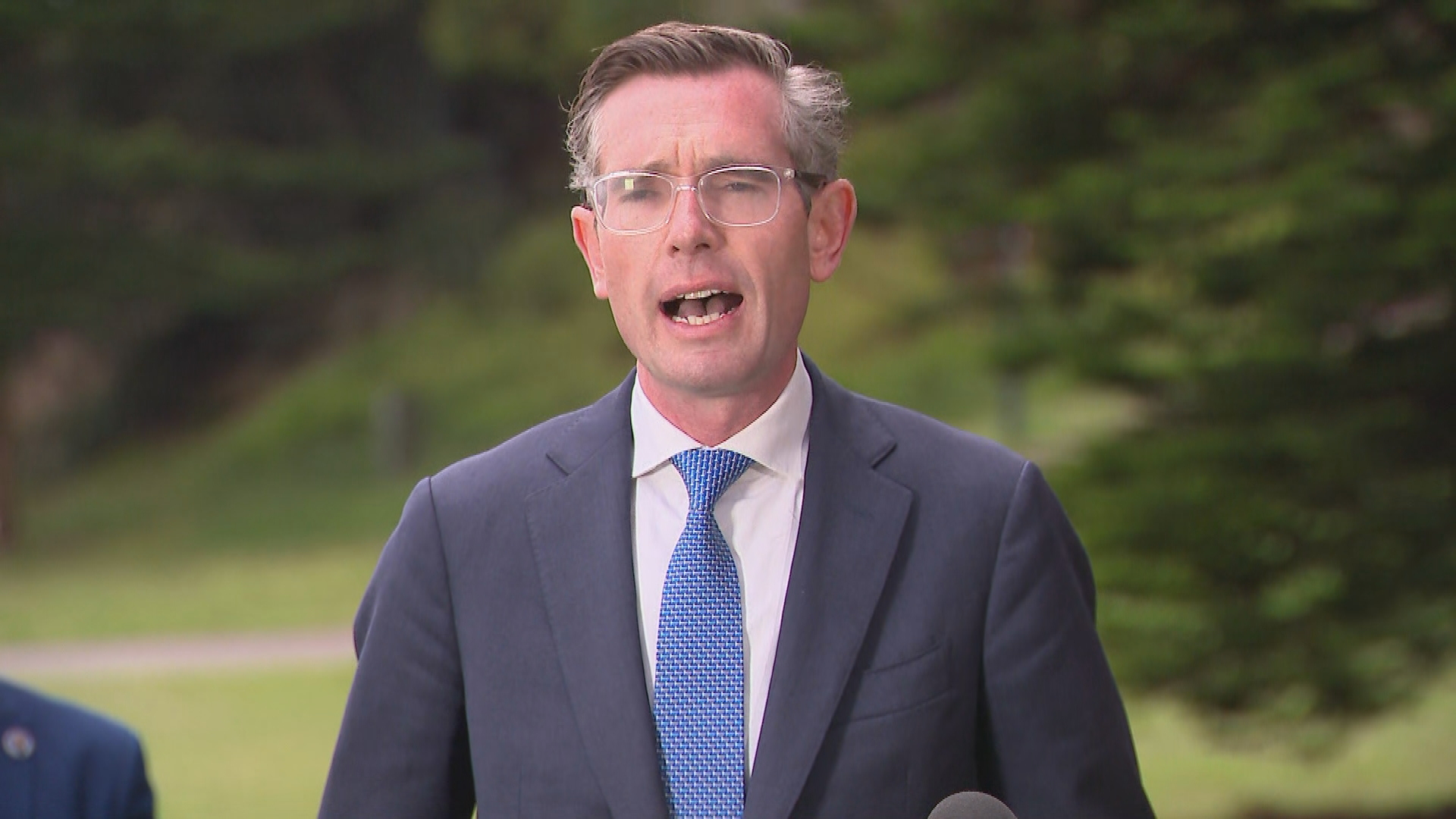 Discussions with PM over quarantine

Mr Perrottet said there had been "numerous discussions" with Prime Minister Scott Morrison and the Federal Government about bringing forward the end of quarantine to November 1.

"Returning Australians will naturally be the first cab off the rank. That's clear and that's important," he said.

"Whether that's returning Australians from other states as well, if we can play a role in that, I'm very passionate about doing that."

But 2GB's Ray Hadley reported Mr Perrottet had not consulted Mr Morrison on the changes.

"As of Monday, home visitations will increase from 10 to 20," Mr Perrottet said.

"Outdoor gatherings from 30 to 50. Standing up in pubs will be back.

"There will be no limits on weddings and funerals."

He also confirmed the return of travel between Sydney and the regions would be delayed until November 1.

Residents of Greater Sydney will not be allowed to travel to regional NSW when the state reaches the 80 per cent double dose COVID-19 vaccination milestone - a mark it is on track to achieve this weekend.

"The reason we have made that decision is based on vaccination rates in front of us," Mr Perrottet said.

He acknowledged the decision may be "unpopular". 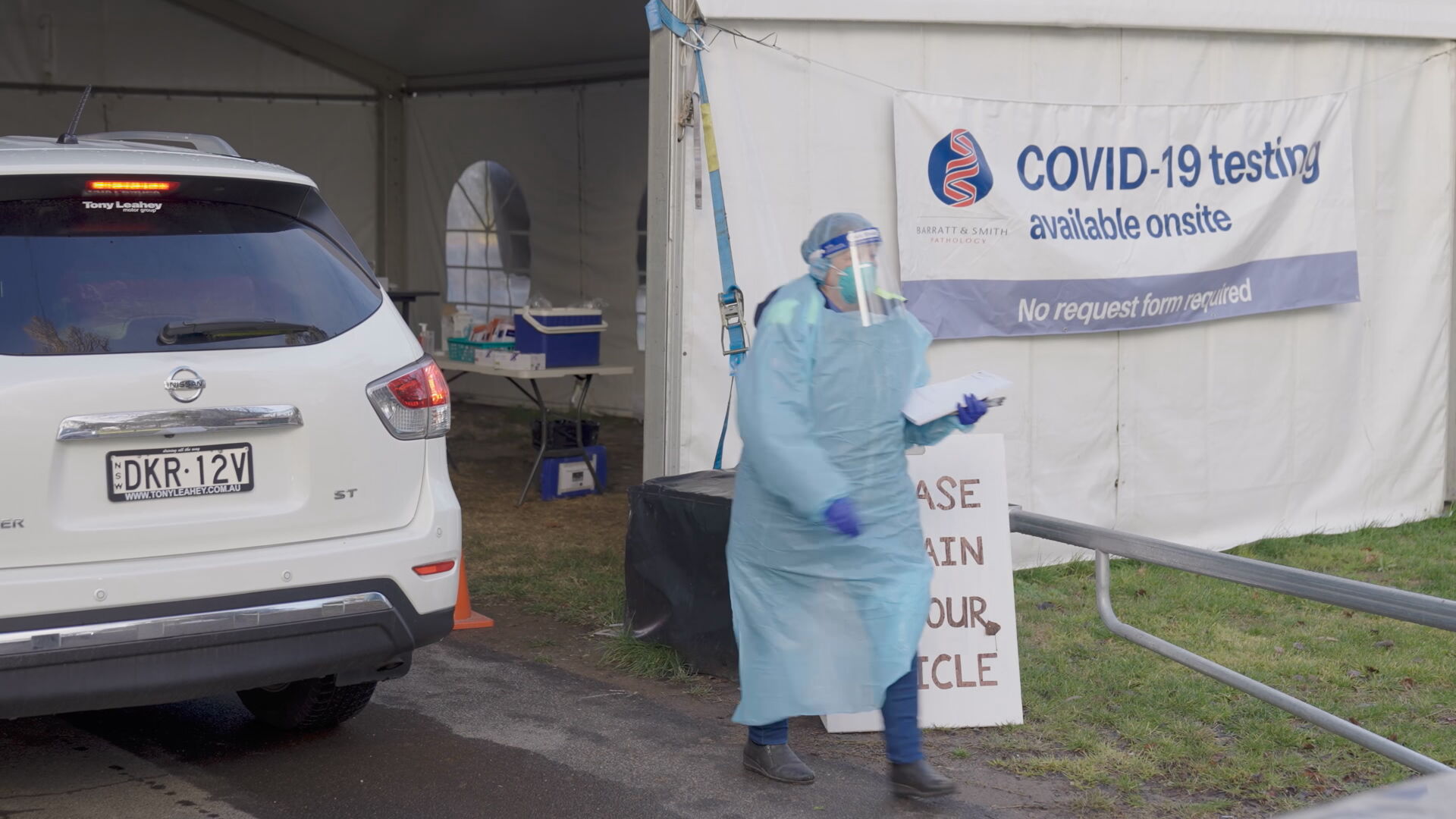 Deputy Premier Paul Toole confirmed on 2GB today that travel to regional areas would be instead pushed back to November 1.

The decision comes amid growing concern low vaccination rates in the regions will put residents at risk once unlimited travel receives the green light.

Mr Toole told 2GB that "some of our (regional) communities actually want [the travel ban] to be longer", with vaccination rates in some regional areas lagging behind the rest of the state.

The state is expected to reach the 80 per cent full vaccination mark tonight or tomorrow, which will trigger the further easing of restrictions.

Under the state government's reopening roadmap, unlimited movement was to be allowed then.

Close contacts of COVID-19 contacts will still need to self-isolate even though the quarantine requirement is set to be scrapped in NSW.

Mr Perrottet said the isolation period had been reduced to seven days for the fully vaccinated.

"We will provide further clarity in relation to that, but what's very important is what the perception of the close contacts is," he said.

"Before, if you walked into a restaurant or you just, like myself, had a coffee a mile away from the person who had COVID, that constituted a close contact with 14 days of isolation.

"That's not the pathway going forward. If you have a family member, for example, who has COVID, you'll be deemed a close contact."

Talks underway for return of cruises

Mr Perrottet said the NSW Government was in discussions "right now" with the Commonwealth about relaunching the cruising industry.

He said his predecessor Gladys Berejiklian had already been in talks with Mr Morrison about the issue.

"I am very on board with that," he said. 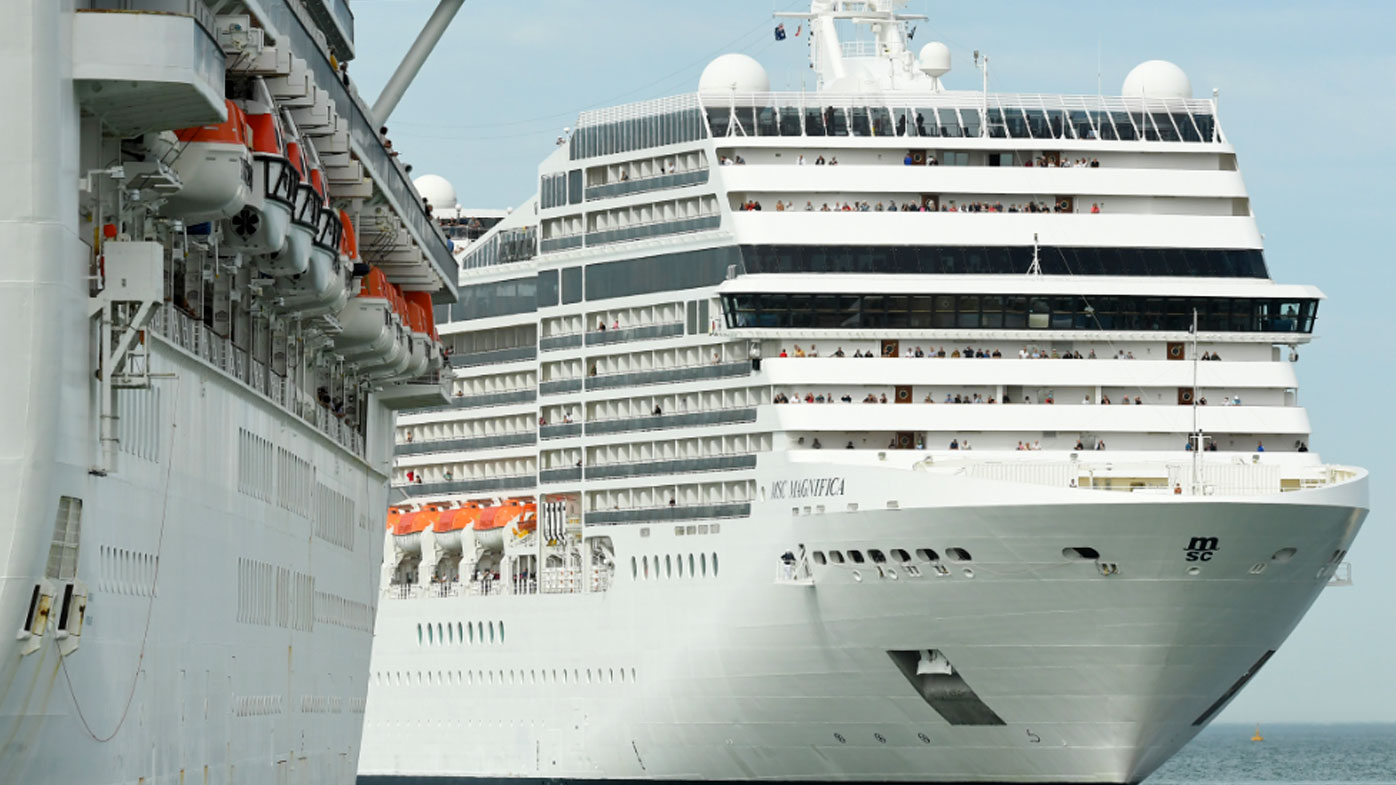 The Opera House will light up with images of frontline workers who have led the fight against COVID-19 on Monday.

The tribute will mark the lifting of the 80 per cent restrictions earlier in the day.

"On Monday evening we will be lighting up the Opera House with images of our frontline workers who have made enormous sacrifices, particularly our nurses," Mr Perrottet said.

"And to celebrate everyone across NSW for the effort they have made to ensure that NSW leads the country out of the pandemic."

Extra business support will be available for regional NSW businesses until November 1.

"The JobSaver payment which we are tapering off - we will extend that for regional NSW at 30 per cent of payroll until November 1," Mr Perrottet said.

Regional NSW will benefit from a $200 million stimulus package as the state re-opens, Mr Paul Toole has said.

"This will get regional communities once again moving, it will create jobs," Mr Toole said.

"It will provide events in local communities and really see communities bouncing back from this virus."

Asked if he had a message to his fellow Premiers about NSW opening to overseas before other states, Mr Perrottet said, "I think people in NSW will be flying to Bali before Broome".

"We need to rejoin the world," Mr Perrottet said.

"We can't live here in a hermit kingdom.

"We've got to open up, and this decision today is a big one, but it is the right one, to get NSW connected globally."

Mr Ayres has said a fully-reopened NSW would continue to respond to public health advice if a more dangerous strain of COVID-19 emerged.

"The first thing we do is consult our public health officials on what impact (the strain) will have," Mr Ayres said.

"We should recognise that all the way through, the vaccination rates will continue to protect us against variations and variants of the Delta variant, sorry, of the coronavirus that emerged.

"But if we have to make adjustments, our roadmap is always saying that we listen to health advice and make localised adjustments based on induction rates."

Mr Perrottet has admitted there would be "teething issues" with the upgraded Service NSW check-in app.

Multiple people online have reported being unable to connect and receiving error messages as they try to set it up.

Mr Perrottet said he wasn't aware of any specific issues, but that there would be "challenges". 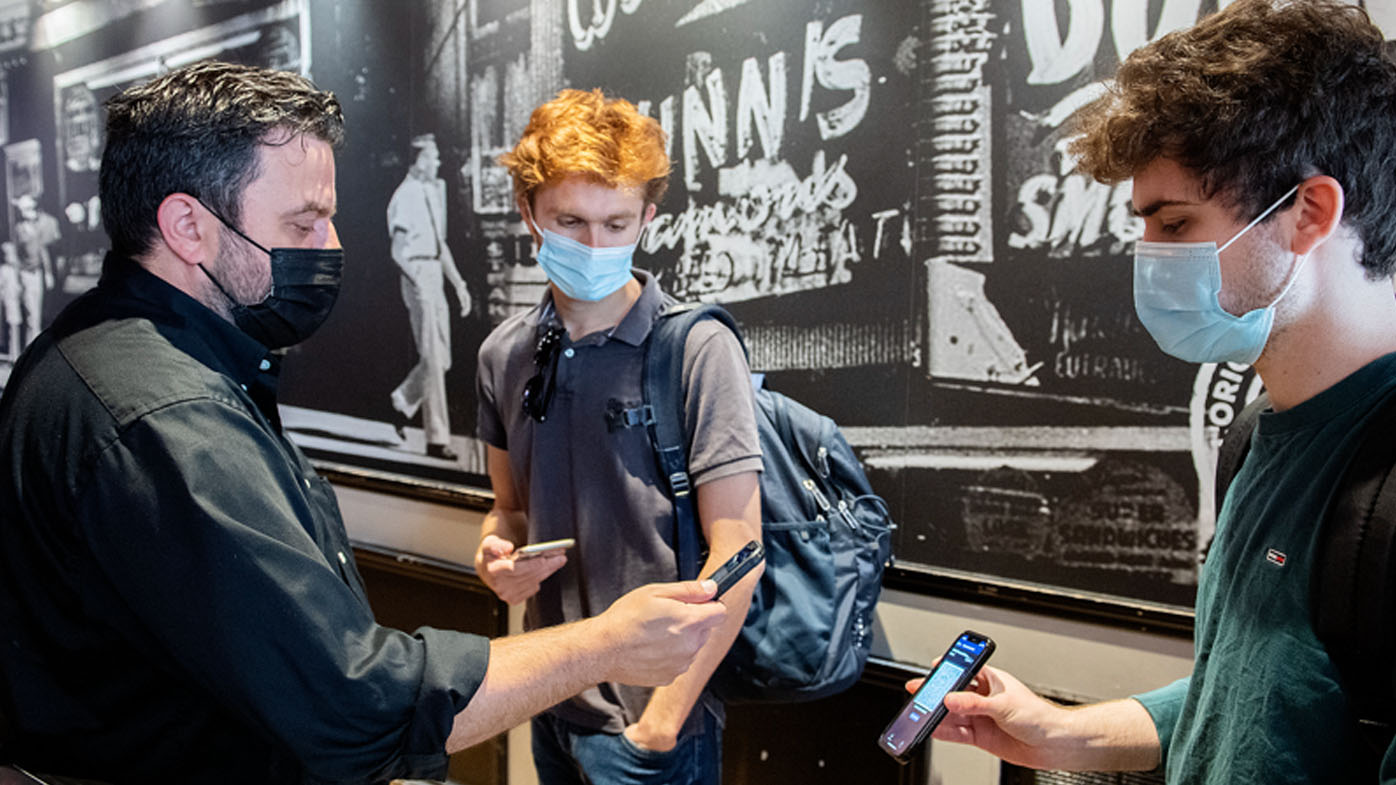 "I accept that, but I won't allow perfection to be the enemy of the good," he said.

He said there were still other ways for people to prove their vaccination status.

The Service NSW app has been updated to allow you to store your COVID-19 Vaccination Certificate in the same app as your driver licence and COVID QR check-ins.

The new integrated process in NSW means users can scan the venue or store QR code with the Service NSW app and also show proof of check-in and their vaccination status on the same screen.