Authorities are racing to contact anyone who attended a Sydney pub last week after two people tested positive to coronavirus.

The Crossroads Hotel in Casula has now been closed for deep cleaning and authorities are racing to contact anyone who have attended the venue. 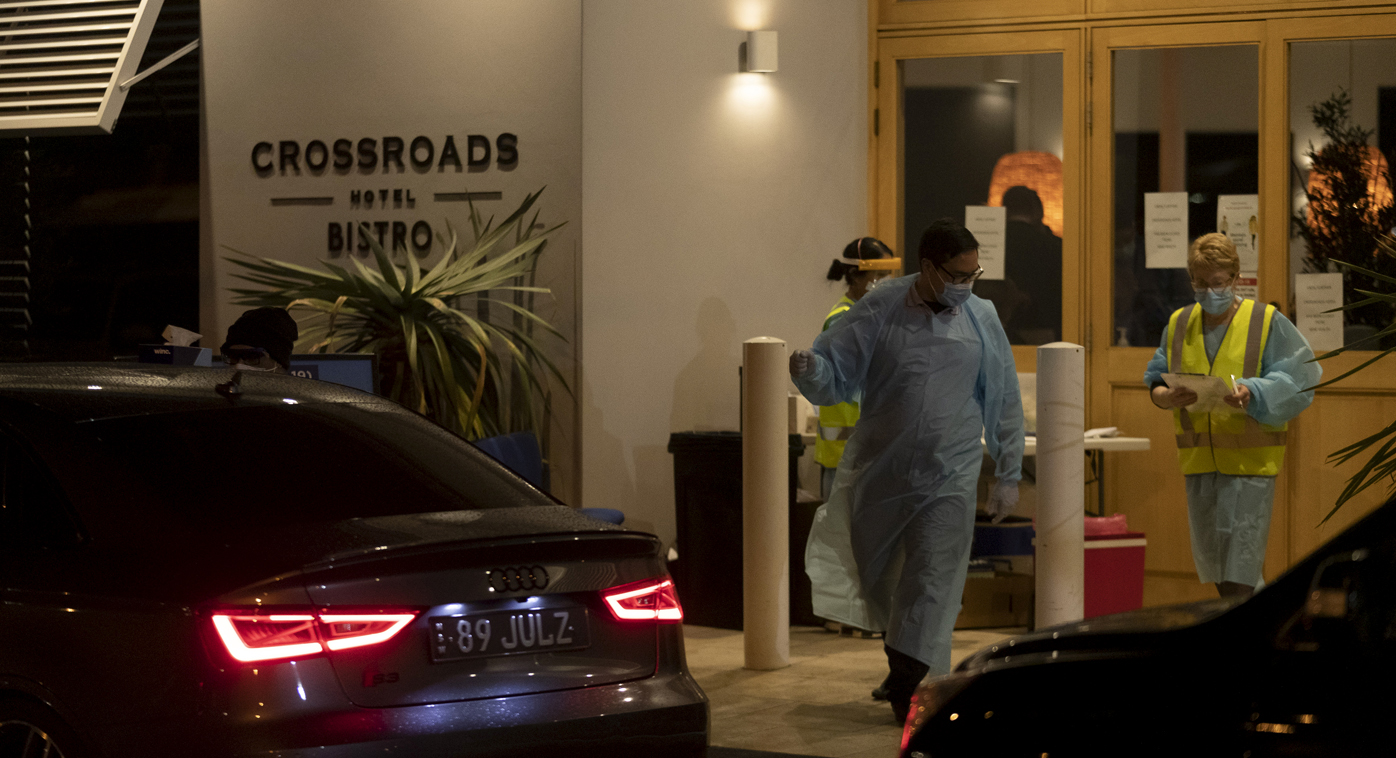 The NSW Health Minister Brad Hazzard yesterday revealed a 30-year-old woman and a 50-year-old man have both tested positive after visiting the Crossroads Hotel in Casula, in Sydney's south-west.

The Health Department has asked anybody who attended the Crossroads Hotel on Friday July 3 to self-isolate and to get tested for the virus if they develop even mild symptoms.

"We're at a critical point of the fight to contain the virus," Dr Jeremy McAnulty said today.

"It's essential the community works together to limit the spread of the virus by always maintaining good hand hygiene, adhering to physical distancing rules whenever possible and getting tested whenever symptoms developed however mild." 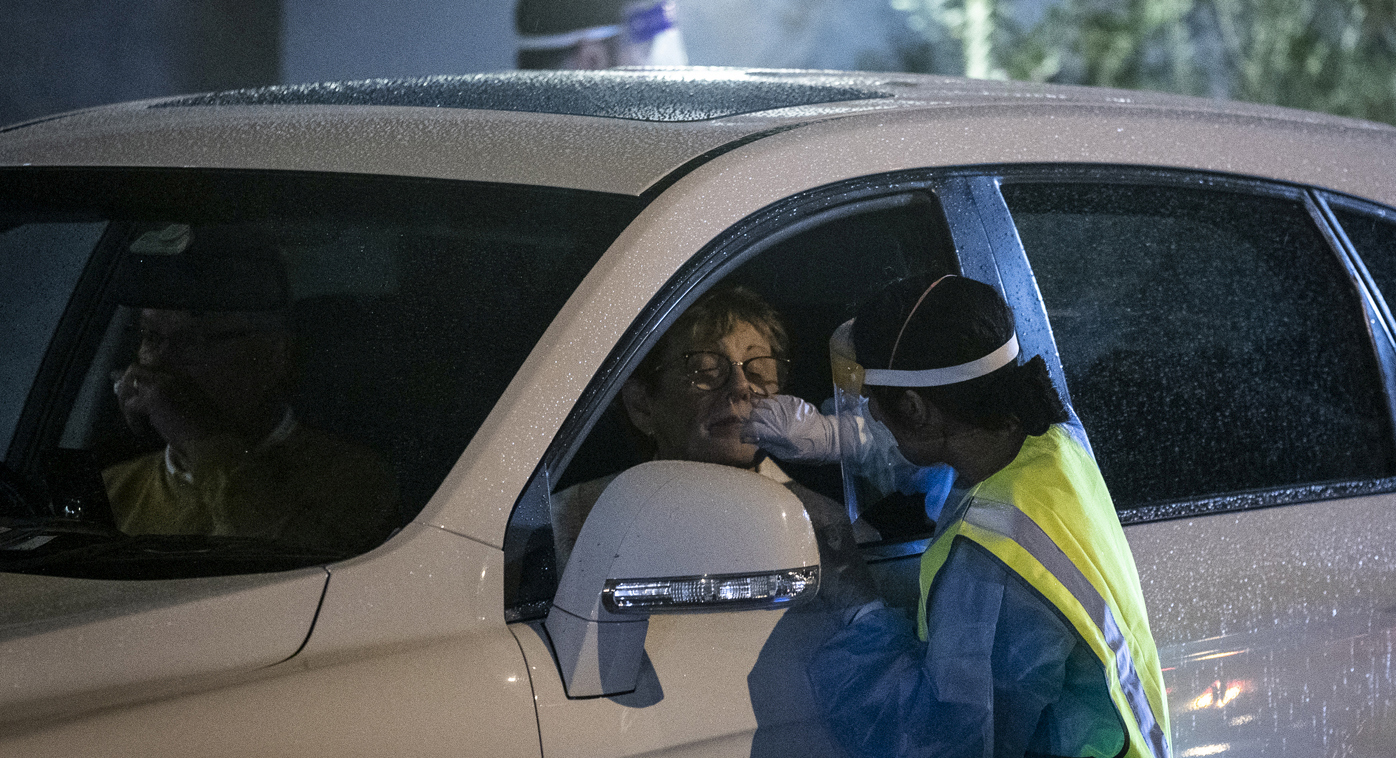 Dr Jeremy McAnulty appealed for anyone who attended the hotel last week to immediately self-isolate, come forward for testing and monitor for symptoms.

NSW has recorded a total of seven new cases of COVID-19 however the three cases related to the Crossroads Hotel case will be included in tomorrow's daily total.

A pop-up clinic opened near the hotel opened yesterday afternoon and continued to test people until 9pm.

The testing clinic opened 45 minutes early this morning as a result of high demand. 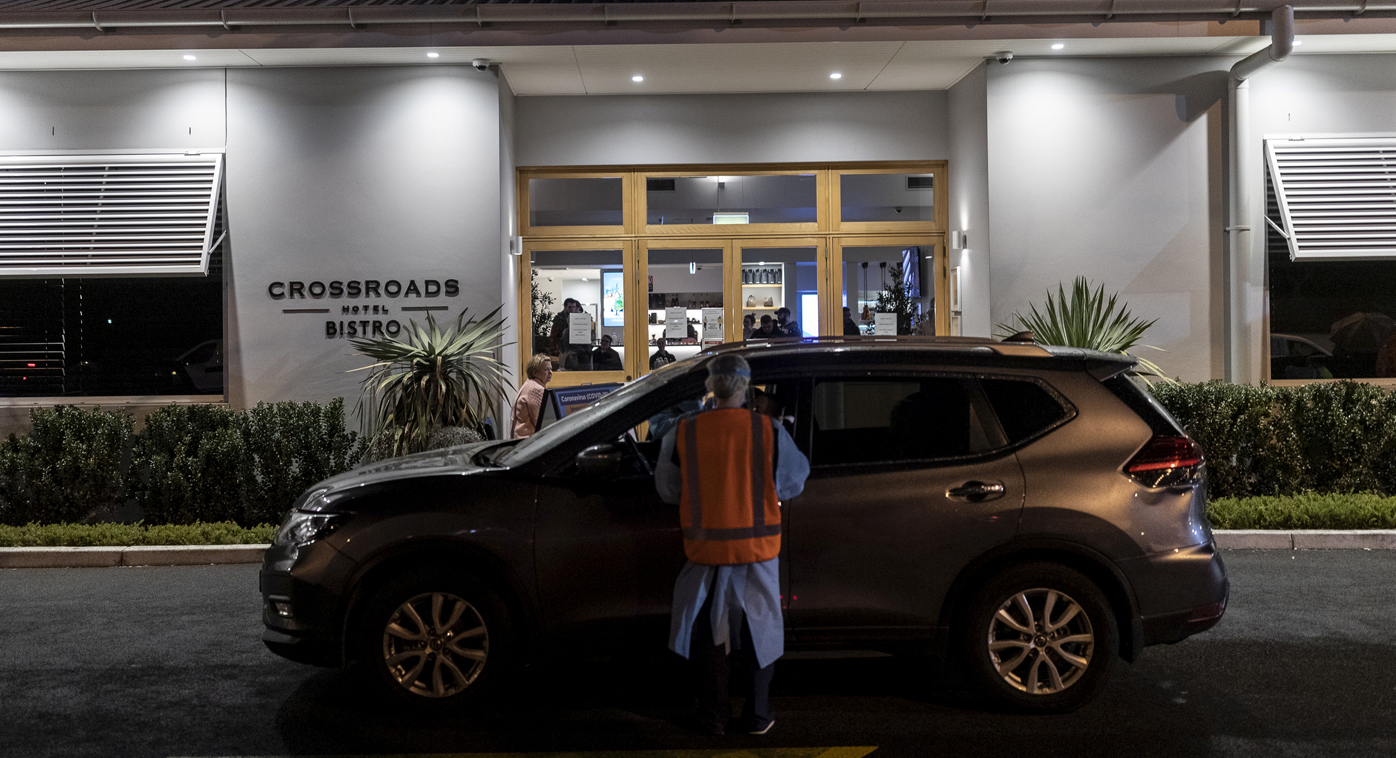 A queue of cars stretching more than a kilometre has already formed as people arrive to be tested for COVID-19.

Many of this morning's arrivals have told 9News they are returning after being turned away last night.

Some people were forced to wait for hours before being tested and eventually many were told they had to visit the local hospital.

Meanwhile, cleaners have arrived at the hotel covered head-to-toe in protective gear including face shields to begin the process of deep-cleaning the venue. 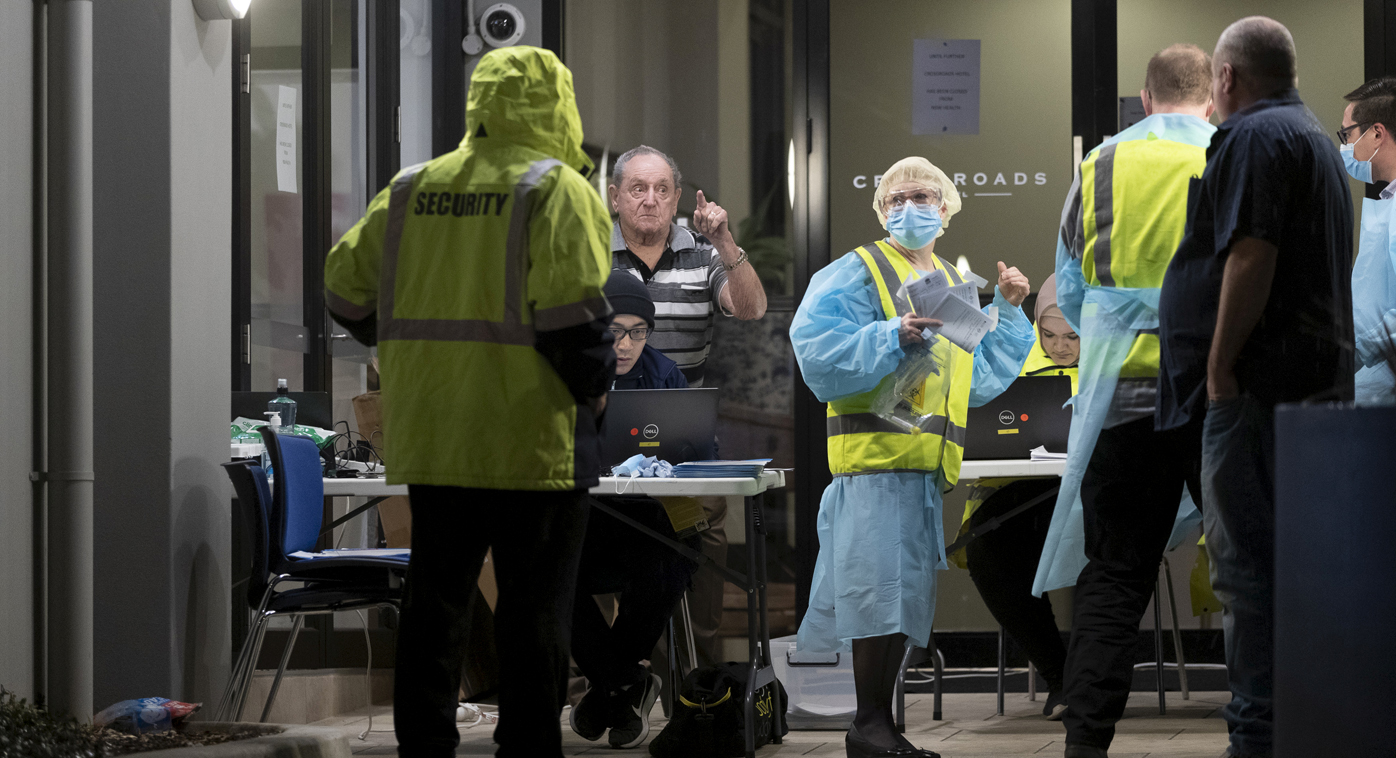 The two patrons who tested positive did not know each other and were at the Crossroads Hotel independently last Friday night, raising concerns of a third party who unknowingly spread the virus.

Authorities are advising other businesses to take care as well.

Another Sydney pub has been fined $5500 for breaching social distancing rules.   A crowd of about 250 people were photographed standing outside the Golden Sheaf Hotel in Double Bay this week. The venue has now put new measures in place.

Authorities told 9News the success of contract tracing will depend on how clearly they wrote their name and  whether they passed on the correct details.