New South Wales Deputy Premier John Barilaro says his tenure as Nationals leader has been a "tough run" after he announced this morning he would stand down on Wednesday, just days after the resignation of Premier Gladys Berejiklian.

Mr Barilaro said in a statement he would call for a party meeting on Wednesday where he would officially resign.

Mr Barilaro said he would work with the Speaker and the Electoral Commission in relation to a by-election for his seat of Monaro. 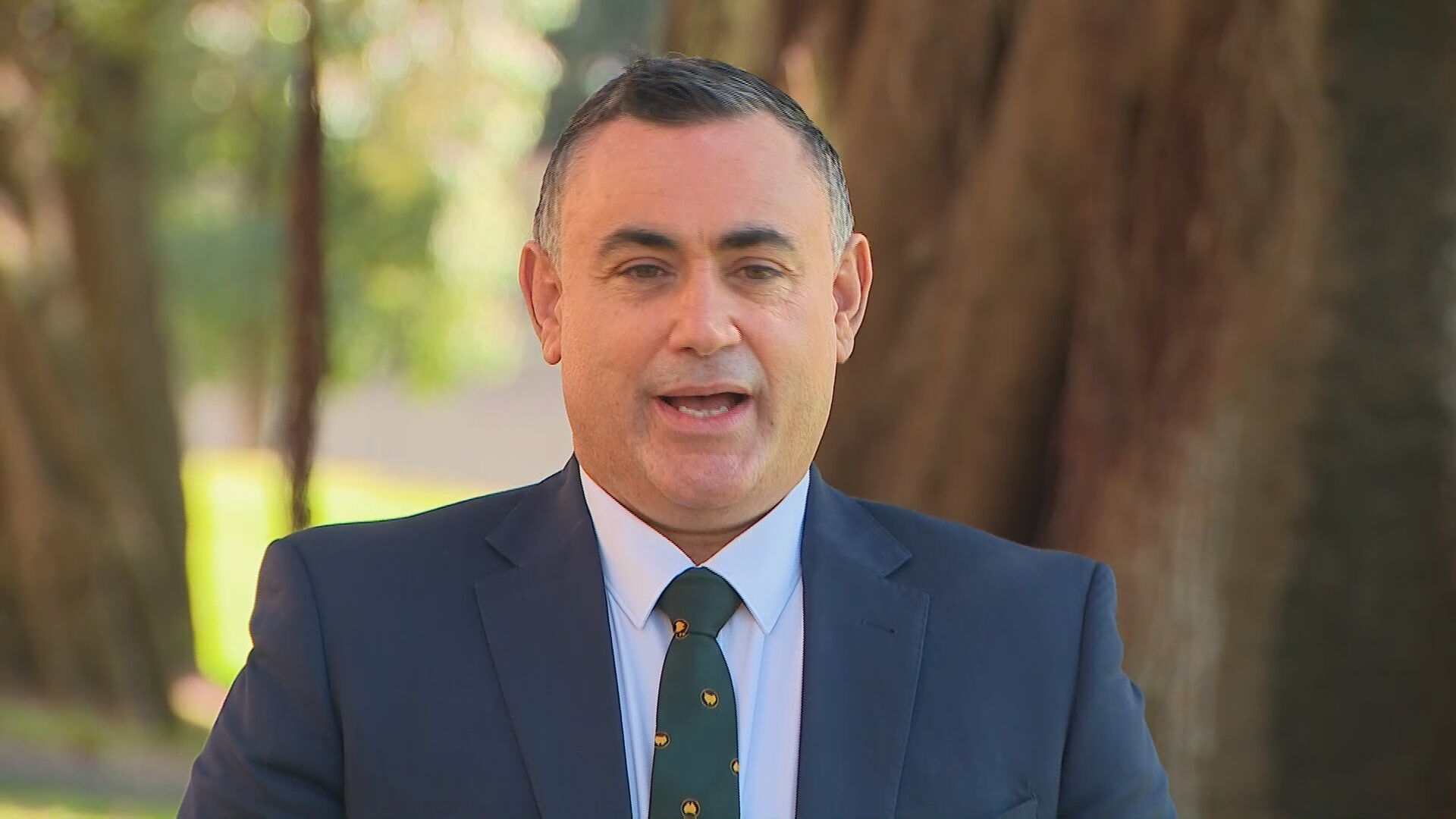 READ MORE: 'I have been given no option': NSW Premier Gladys Berejiklian resigns

"As we emerge from lockdown, we must embrace this time as a new beginning for our state, and welcome the opportunity it presents for a refresh," he said.

"I have decided now is the right time for me to hand the reins over to new leadership, and resign as Deputy Premier of NSW."

Speaking to the media this morning, Mr Barilaro spoke of the crises that had afflicted the state during his time as leader.

"We've had some tough days - throughout the worst drought in regional NSW in recorded history, then the bushfires, floods, the mice plague, and then the global pandemic of COVID hitting not only the regions, but our state, the nation and the globe," he said.

He admitted the role had taken its toll - particularly his ongoing involvement in a defamation case he brought against YouTube personality Jordan Shanks, also known as Friendlyjordies.

"Ten and a half years is a long time in politics," he said.

Mr Barilaro said it seemed apparent Treasurer Dominic Perrottet would be the next NSW Premier, and he said he would be well-suited to the role.

"I genuinely believe in his role as Treasurer he has all the skills and all the ability and if endorsed as the leader of the Liberal Party, Premier of this state, he will do a wonderful job," he said.

He said "any" of his Nationals colleagues could take up the leadership of the party, but did not name one.

And he ruled out a return to politics at either state or federal level.

Ms Berejiklian resigned last Friday, following revelations she was being investigated by ICAC.

Transport Minister Andrew Constance has also announced he will leave state politics at the end of the year to run for a federal seat.

Speaking to Today, Mr Constance said Mr Barilaro's resignation would not surprise many within the government.

He said Mr Barilaro had been working "incredibly hard".

"I think the situation with (Ms Berejiklian) was going to trigger an enormous change and shift in the paradigm," he said.

"That's what has happened."

Mr Barilaro said Mr Constance's decision to step down had helped motivate him to decide to stand down this week, along with Ms Berejiklian's departure from the Premier's office.

While he had initially intended to stand down in several weeks, he said it seemed appropriate to allow the incoming Premier to have some certainty about the Nationals leadership.

READ:  Global cases of coronavirus to reach 10 million next week

He also joked that MP Stuart Ayres "gloating" over the Penrith Panthers NRL Grand Final win had been "too much to bear".

In a statement, Mr Barilaro said it had been an "honour and a privilege" to lead the Nationals, and he praised Ms Berejiklian's leadership. 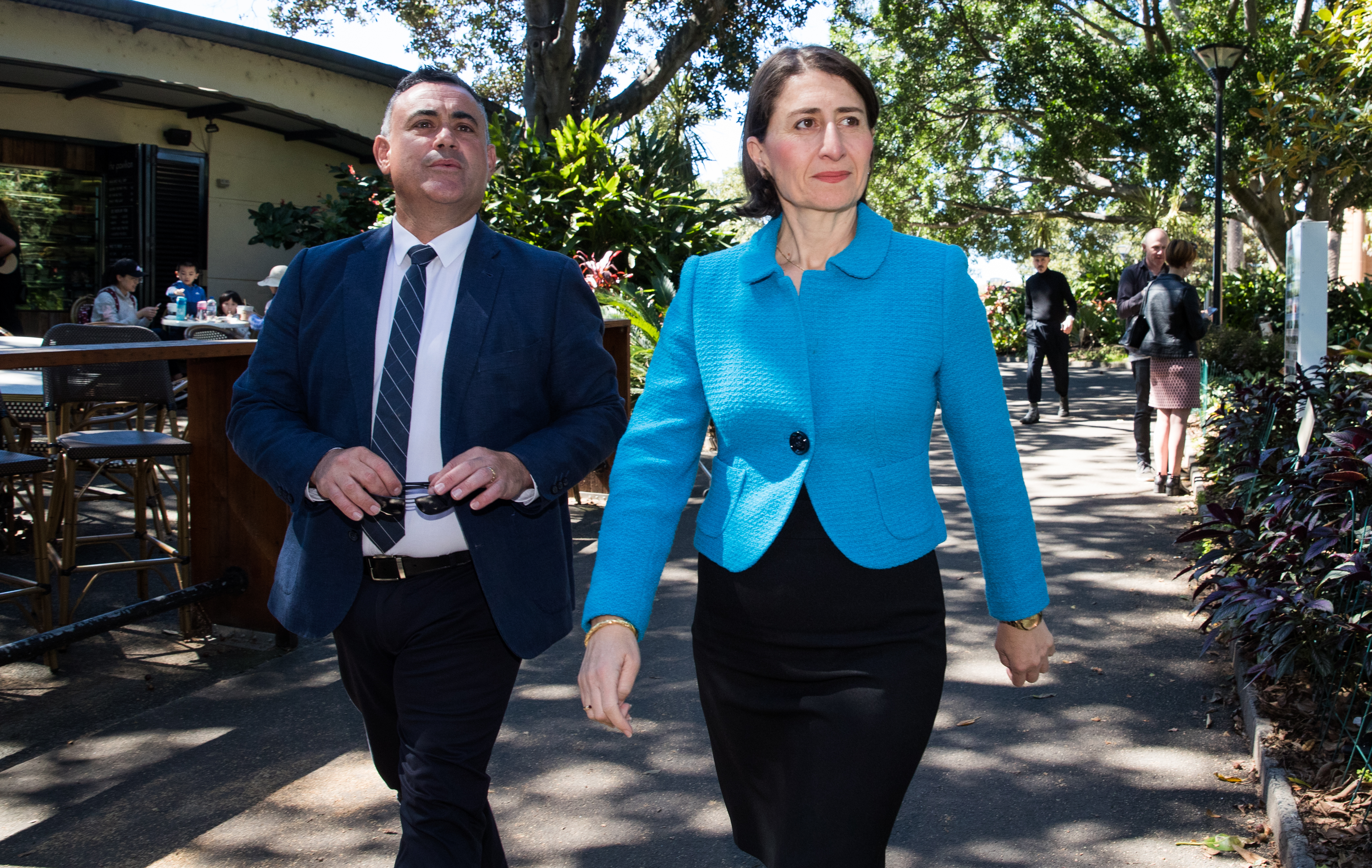 "The next Premier has big shoes to fill, but I wish them well and the best of luck, I will be cheering from the sidelines and I am excited for what is ahead under their stewardship," he said.

"People are sometimes quick to write off the National Party, but it's the Nats in Government who are, and always will be, the praetorian guard of common sense.

"National's Leaders have led that guard, and I am proud to be in their company. Now I am passing on that honour."

He played down concerns that the departure of both Coalition party leaders would disrupt the state's COVID-19 response.

"I've worked with a wonderful team of ministers and public servants to achieve everything, and I'm confident that now is the right time, that it doesn't destabilise," he said.

Mr Barilaro admitted there had been regrets in his career, noting particularly the political tussle over koala protection policies last year.

That turned into a fierce battle between the Nationals and the Liberals, with some predicting the Nationals might leave the Coalition, before a compromise was reached.

"One of my regrets is that we didn't steer that through in a different way," he said.

He also spoke about his falling out with Mr Constance, saying he had called him yesterday.

"I thought he showed courage to make the decision he did so far in advance of a reshuffle, making sure that the next generation of MPs have an opportunity to take his spot as a minister, was in one way courageous," Mr Barilaro said.

"I said to him yesterday, 'we can be friends again', and I think that's important."

On the other side of the ledger, Mr Barilaro said one of his proudest achievements was the promotion of more women to senior roles in the Nationals.

"All the women in my party are in senior roles, be it a minister or a whip or parliamentary secretary positions, they have all had the opportunity under my leadership," he said.

He said it would be wonderful for the next Nationals leader to be a woman, but that whoever was picked would be the right choice.