Just 32 people will be allowed in a train carriage, and buses will be limited to carrying 12 commuters instead of their usual 63.

Two million people use public transport in NSW every day, but under new coronavirus restrictions only 600,000 will be able to use the network.

Just 32 people will be allowed in a train carriage – which usually holds 123 passengers - and buses will be limited to carrying 12 commuters instead of their usual 63.

In a bid to stop crowding and the subsequent spread of the virus there will also be strict rules about where people can sit or stand on public transport. 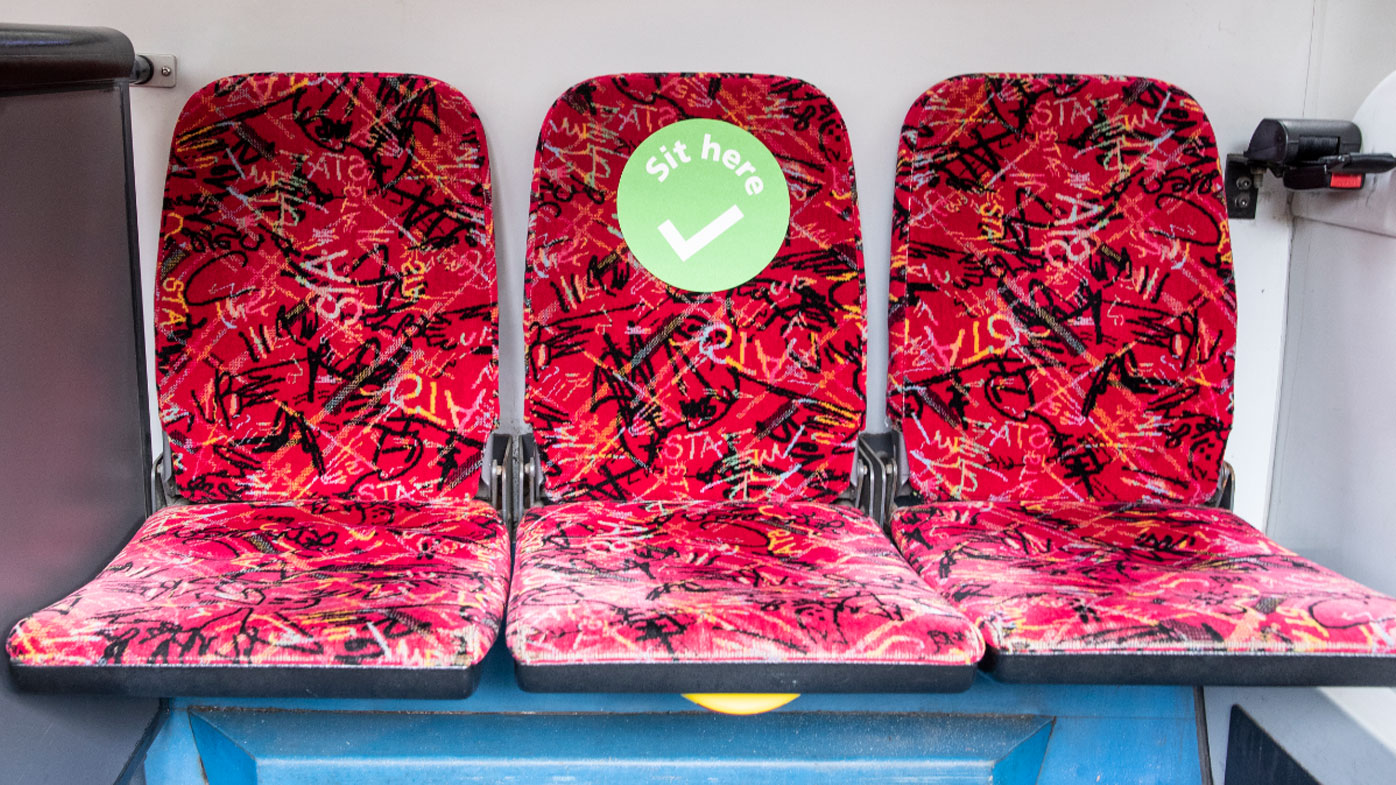 Trains in Sydney were running at just 10 per cent capacity today, as the state government encourages people to slowly go back to work.

Areas such as Moore Park have been suggested as overflow carparks for workers who can then be taken into the city on shuttle buses.

The state government is also negotiating with currently empty parking stations such as the Opera House or Olympic Park to lock in cheap rates.

"It requires only about 30 to 40 percent capacity to ensure social distancing, so obviously we can't have everybody who normally uses peak hour public transport to go back at the same time.

"We will be recommending staggered work hours and a whole range of other initiatives."

The secretary of the NSW branch of the RTBU, Alex Claassens, says while social distancing will be critical, they also don't want to turn people away from public transport.

"Making sure people continue to embrace public transport, while also ensuring people are able to maintain safe physical distancing is undoubtedly going to be a challenge," he told Nine.com.au.

READ:  ASX sheds $50b as investors spook on coronavirus fears

"It's going to be a balancing act that the NSW Government is going to have to tackle."